The 2023 Toyota bZ4X and Subaru Solterra are important EV siblings

The launch of a new electric SUV isn’t exactly a rare occasion these days, but the 2023 Toyota bZ4X and 2023 Subaru Solterra are worth some attention nonetheless. Sibling EVs based on Toyota’s e-TNGA platform, the promise is affordability along with flexibility when each arrives midway through next year.

For Toyota, it’ll be the first all-electric model it offers in the US. That’s been a long time coming, the automaker having struggled to maintain its electrified momentum after the Prius in its hybrid and plug-in hybrid flavors. The bZ4X may not have the longest range or the most power of the electric SUVs, but if Toyota can price it right that may not be a problem. 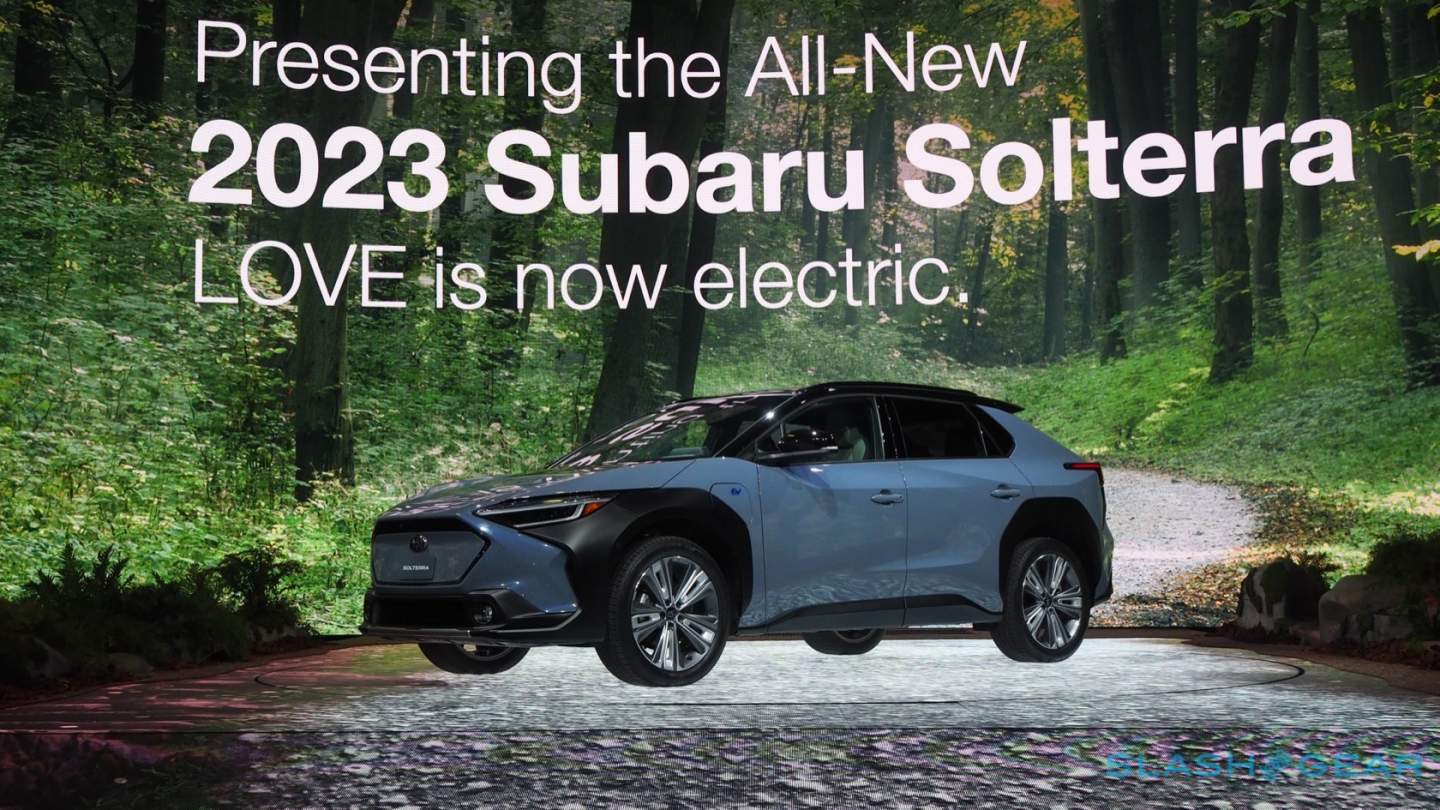 As for Subaru, its contribution to the Solterra may not be quite so obvious as Toyota’s, but that’s not to say it isn’t an important model in the automaker’s line-up. Critically, it doesn’t spoil Subaru’s track record of only offering all-wheel drive on its cars, and while you’ll sacrifice a little range for the traction of dual motors, it’s probably a compromise that most of the company’s fans will approve of.

It’ll probably take most time to get used to Toyota’s bizarre naming scheme: the bZ4X is set to be first of a family of new EVs, under a “bZ” or “Beyond Zero” umbrella. By 2025 there’ll be seven of them, the automaker promises, part of a roughly 70-strong portfolio of electrified models. 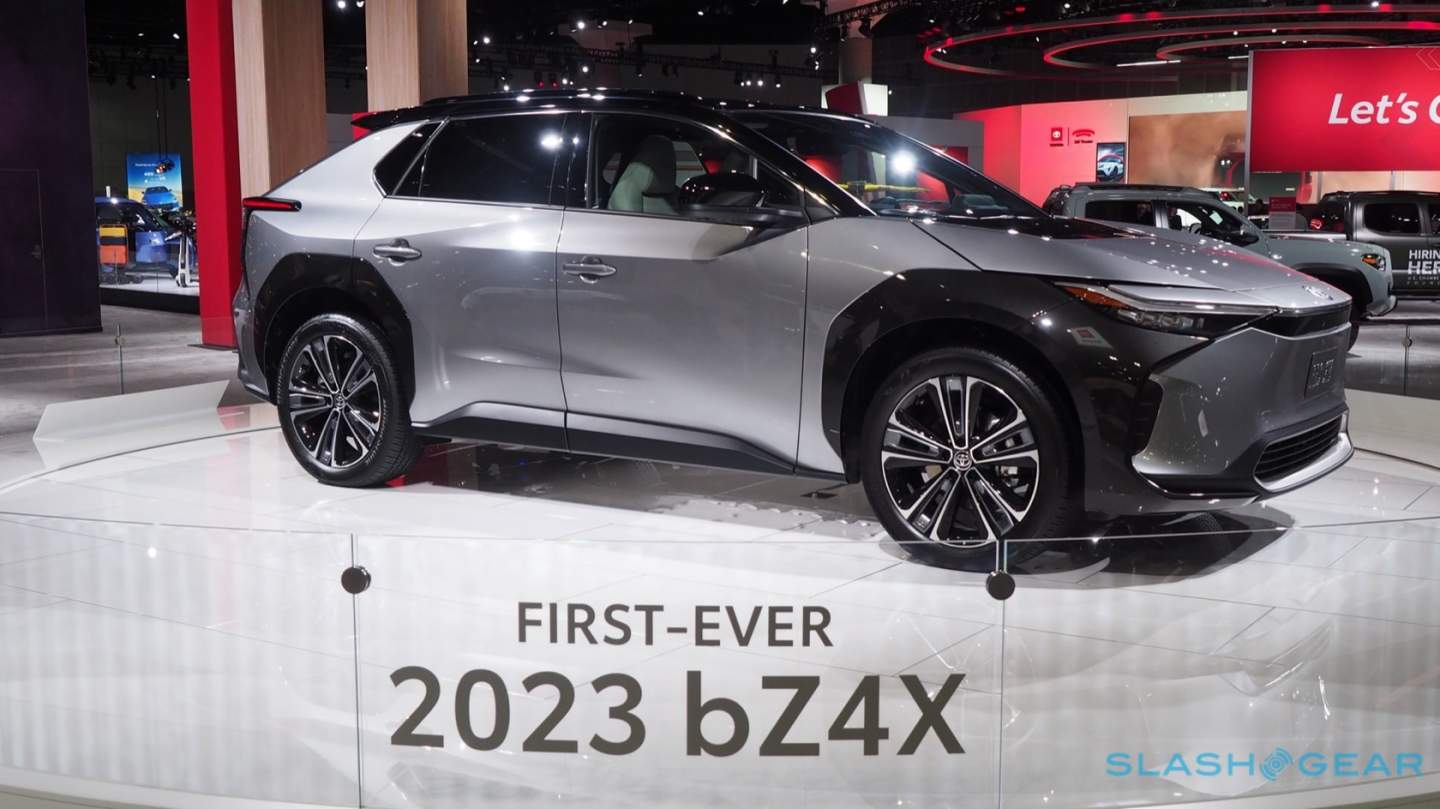 Second most challenging, meanwhile, is the design. Toyota credits aerodynamic requirements for the bZ4X’s wedge-like and angular appearance, name checking a hammerhead shark among other inspirations. It’s definitely no smooth, polished pebble like some EVs out there, with hints of the latest RAV4 and bold trapezoidal arch cladding. 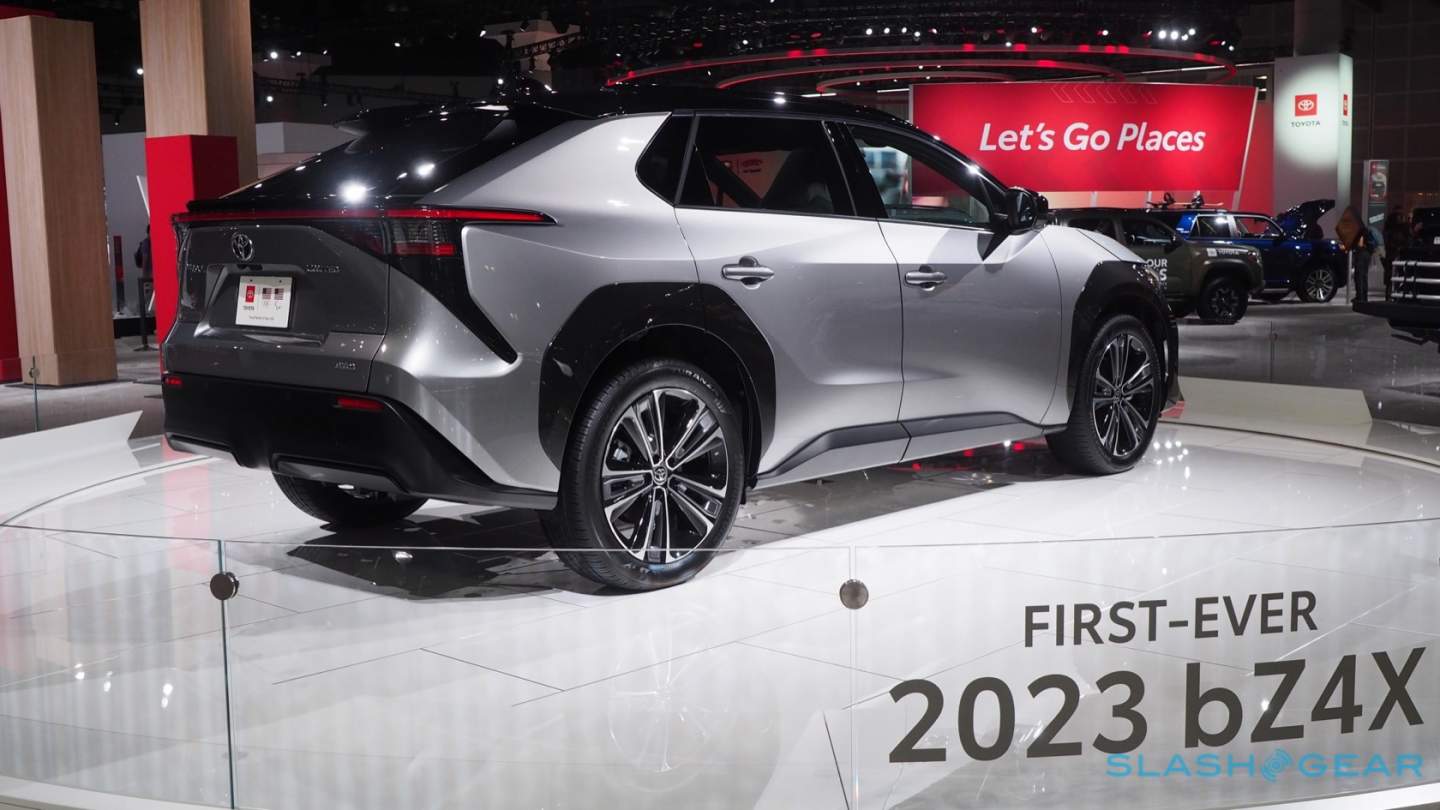 There’ll be two versions of bZ4X, distinguished primarily by their drivetrain. The entry-level model will be front-wheel drive (FWD), with a single 150 kW electric motor powered by a 71.4 kWh lithium-ion battery. That’s expected to deliver up to 250 miles of total range, with an unspecified level of DC fast charging support. Toyota says an 80% charge will take about an hour. 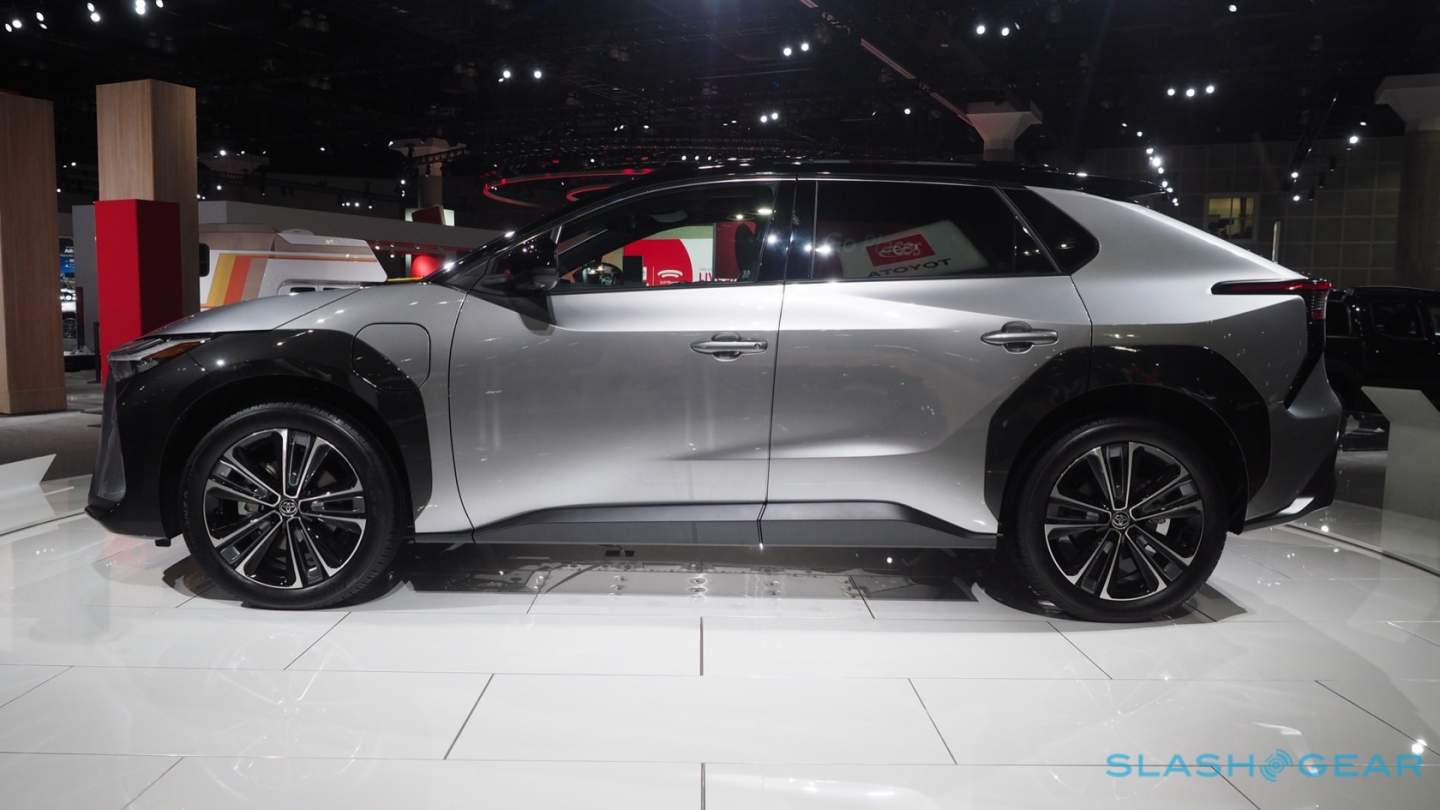 Those who want more traction, meanwhile, can have the bZ4X AWD, with an electric motor for both the front and rear wheels. Each of those two motors is actually less potent than the single version in the FWD EV, at 80 kW apiece, but the result is still a slight uptick in power at 160 kW combined. The battery is ever so slightly larger, too, at 72.8 kW, though Toyota isn’t making any exact range estimates quite yet. 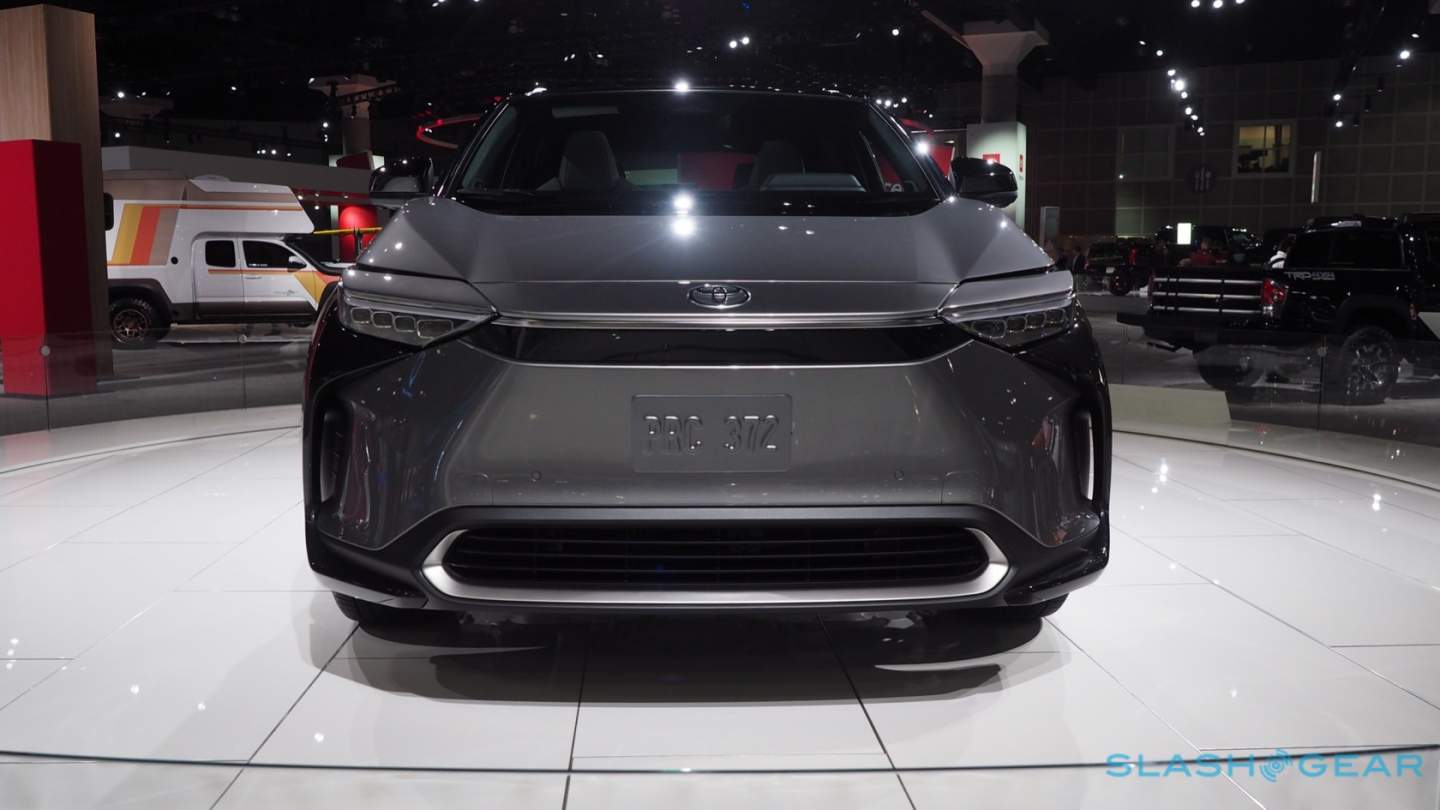 Inside, there’ll be a sizable central touchscreen with optional cloud-based navigation and digital key functionality. OTA software updates are supported, both for the infotainment and the Toyota Safety Sense system. Both USB Type-A and Type-C will be standard, and Toyota will offer a panoramic roof as well. 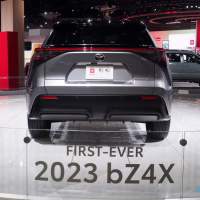 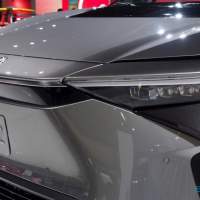 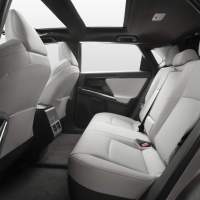 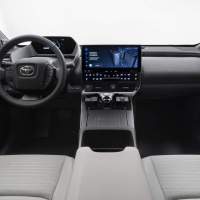 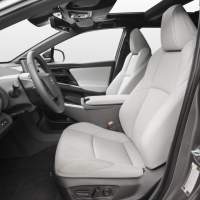 While HVAC may not be as exciting as outright EV speed, it’s something that can make a bigger difference to factors like overall range. Toyota is using a heat pump system for both the heating and air-conditioning, for example, using ambient temperatures to help avoid excess draw on the battery. There’ll be seat and steering wheel heaters, as in other EVs, but also a front seat radiant foot and leg heater, based on the principle that targeted applications of warmth can be more efficient and more effective than simply raising the temperature of the entire cabin.

The 2023 bZ4X will arrive at US dealerships in mid-2022, Toyota says. Pricing will be confirmed closer to that point.

There’s really no mistaking where Subaru got the 2023 Solterra from. There may have been aesthetic tweaks here and there, but it’s hard to hide Toyota’s angular styling. Perhaps the biggest change that Subaru made is the grille: the bZ4X doesn’t bother with one, its fascia left snub-nosed, while the Solterra gets a more framed design with hints – to my eyes, at least – of Mustang Mach-E. 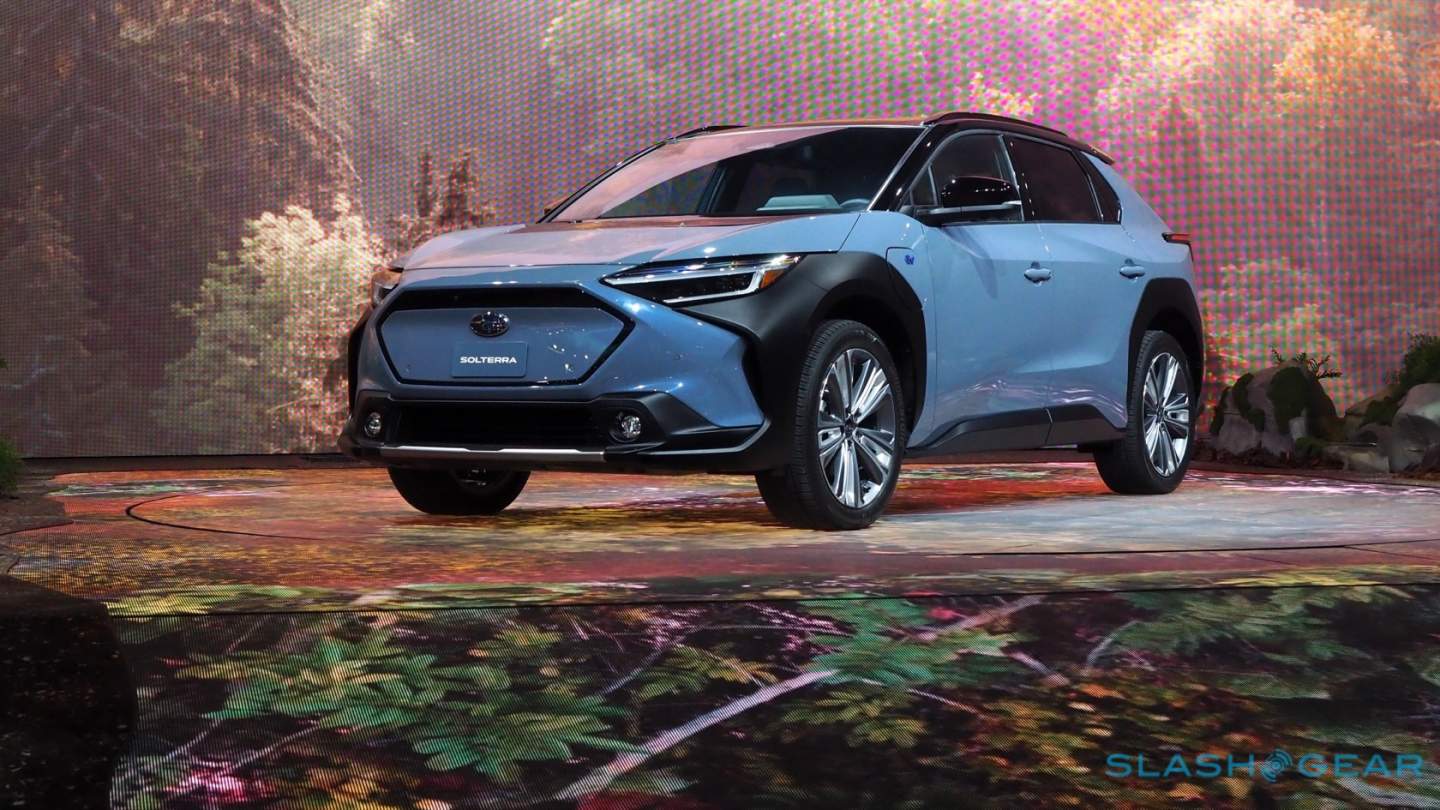 As with Subaru’s other vehicles, the Solterra will be all-wheel drive as standard: if you only need FWD, you’ll need to head to a Toyota dealer. That’s likely to make the base price for the Solterra higher than for the bZ4X, but also leave the SUV more popular in regions where inclement weather is more commonplace. 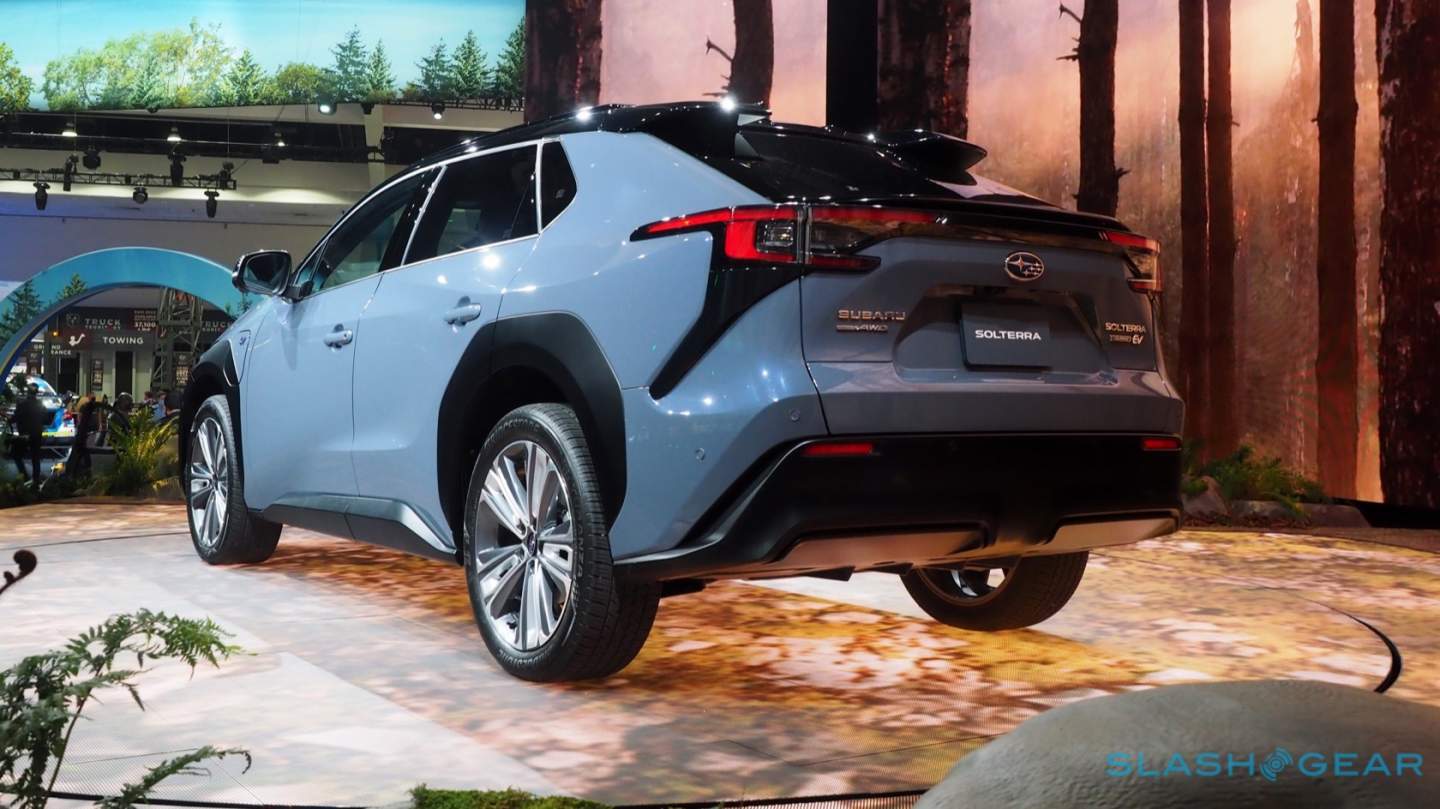 Subaru Symmetrical All-Wheel Drive includes X-MODE, for up to 8.3-inches of ground clearance. That includes Grip Control, with a blend of Hill Ascent and Descent Assist. Expect the same 160 kW, or around 215 horsepower, from the dual electric motors. Blind spot monitoring with lane-change assist, rear cross-traffic alerts, and Parking Support Brake are all standard, as are multi-element LED headlamps with high-beam assist. A 360-degree camera is also offered. 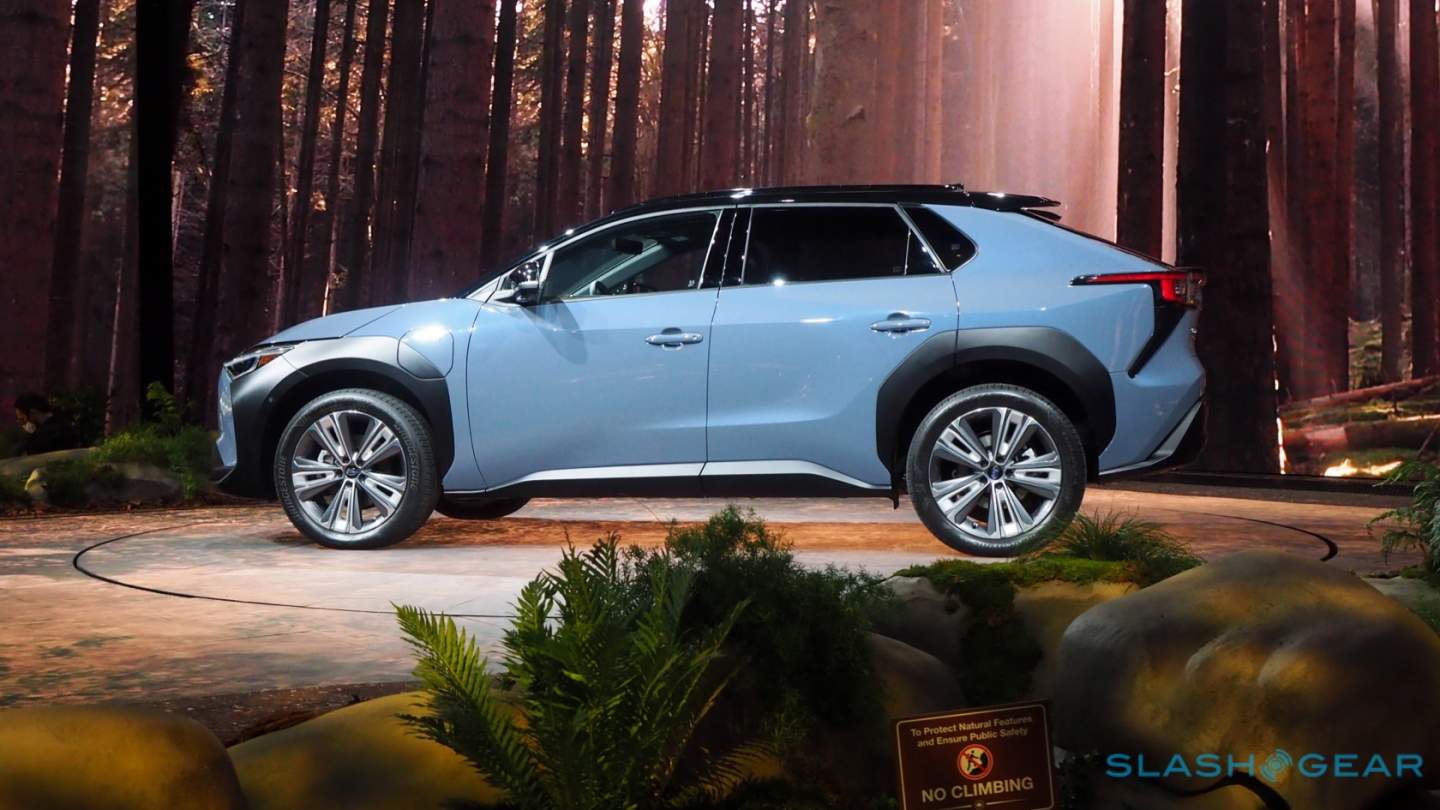 Subaru does fill in some of the details Toyota left blank. The Solterra – and, presumably, the bZ4X – will have up to 126 cu-ft of passenger and cargo space, with 30 cu-ft behind the rear seats. Those seats will fold with a 60/40 split, and the trunk has a two-position load floor and a 41.3-inch rear gate opening. Subaru will offer roof rails, too. 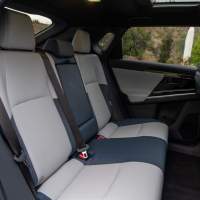 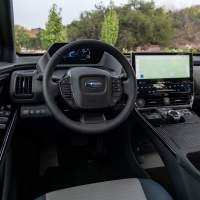 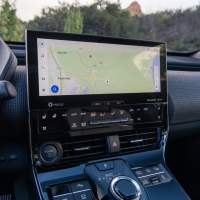 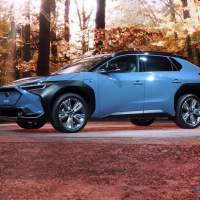 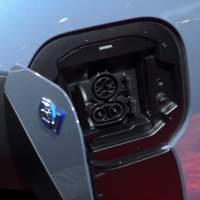 As for range, Subaru is saying around 220 miles. That’s what we can likely expect from the 2023 bZ4X AWD, too. In the cabin, a 12.3-inch touchscreen will be available, with wireless Apple CarPlay and Android Auto as standard. A wireless phone charger will be an option.

Like with the Toyota, Subaru says that pricing for the 2023 Solterra will be confirmed closer to the electric SUV’s market arrival. That’s expected in mid-2022.