Porsche is bringing the 718 Cayman out of the 911’s shadow, and it’s doing so in the way which will be the most potent catnip to fans of the brand. Revealed at the LA Auto Show 2021, the 2022 Porsche 718 Cayman GT4 RS may look like the familiar mid-engined coupe, but its sweet secret is the same flat-six engine as in the 9011 GT3 Cup and 911 GT3.

It’s a fairly audacious move by Porsche, which has been accused at times of intentionally adding distance between the 718 and 911 lines. When it was launched, after all, Porsche was quick to put down suggestions that the mid-engined Cayman might one tread on the heels of the all-conquering 911 that’s still the brand’s halo car. 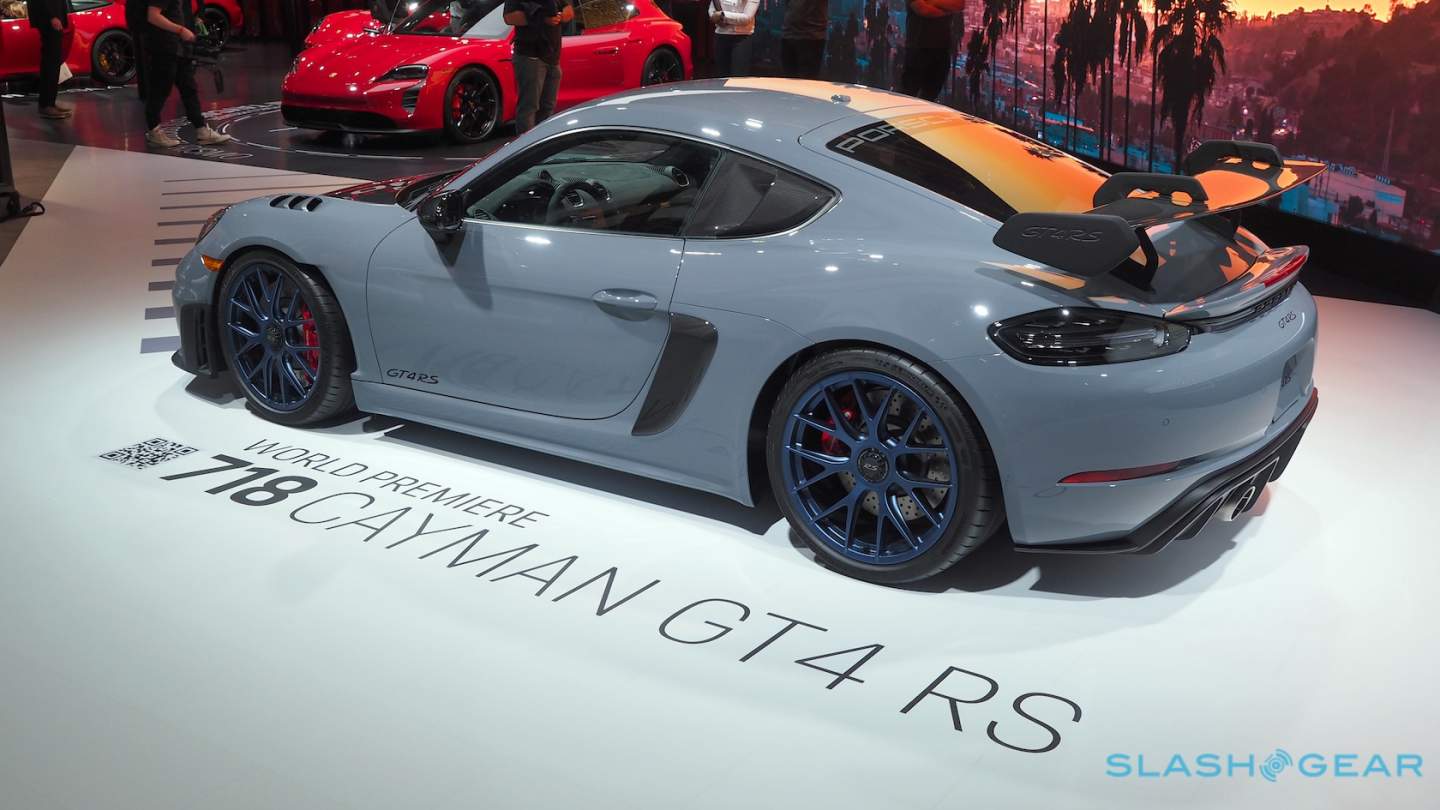 Fast forward to today, though, and that artificial distinction seems a little less clear. The 718 Cayman – and the Boxster alongside it – has always been a well-poised car, skipping the balance considerations of the rear-engined 911; fans have also generally been in agreement that it could readily handle more power, should Porsche feel so inclined. Today, they get their long-awaited reward. 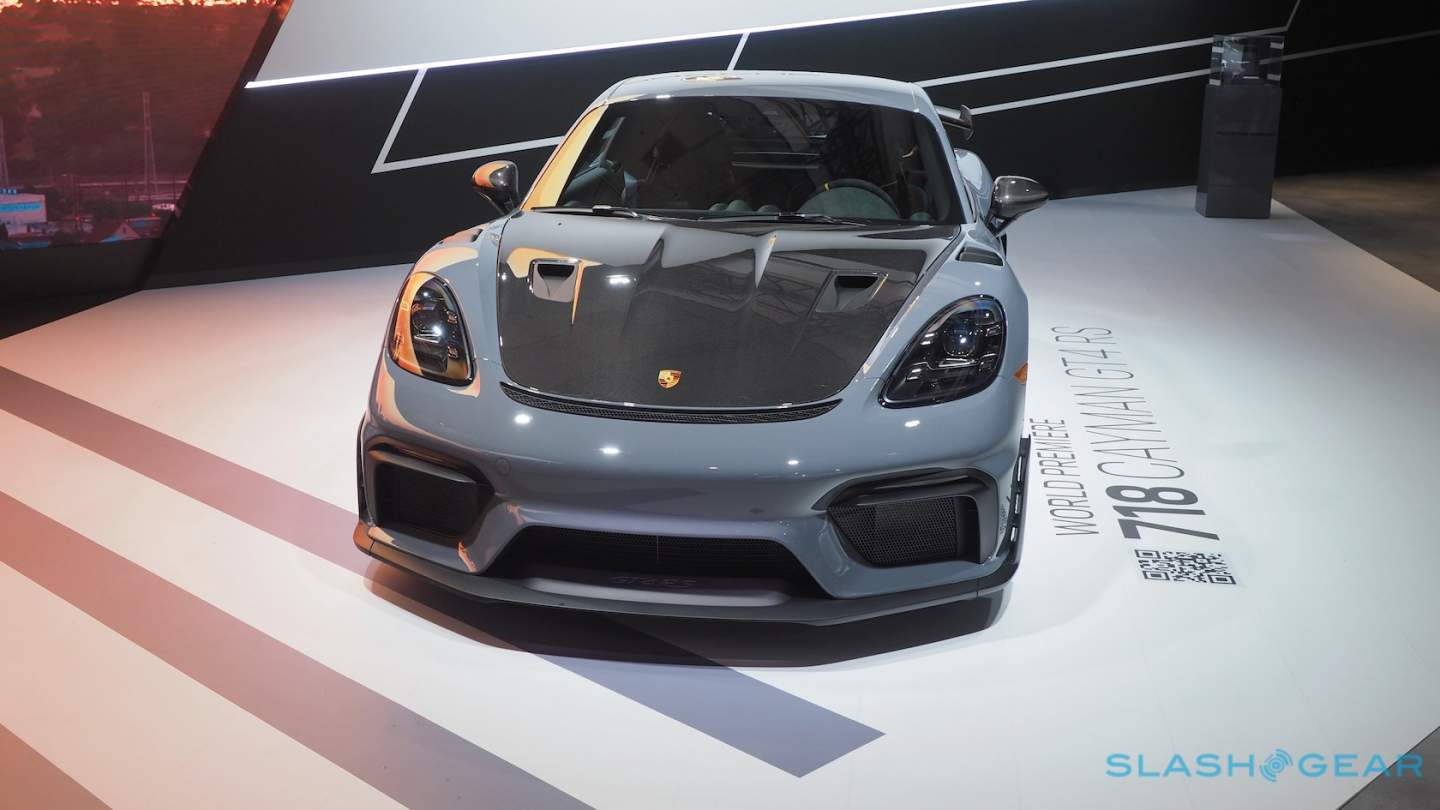 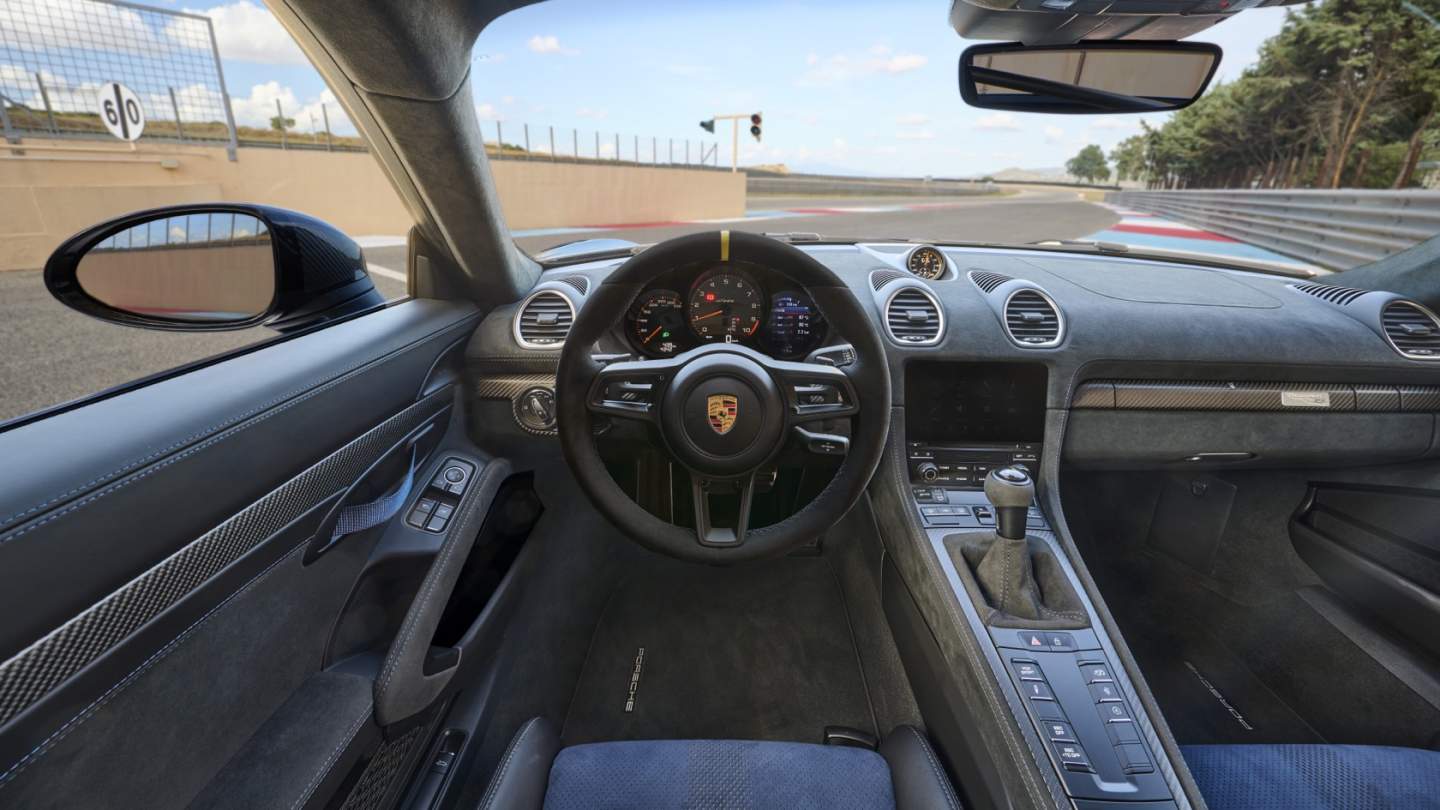 Porsche combines it with its seven-speed dual-clutch PDK transmission. There are paddle-shifters on the steering wheel, but also a newly designed center console shifter too. That looks more like a manual stick at first glance, though Porsche won’t be offering the coupe with anything other than the PDK.

With shorter gearing than the regular GT4, 0-60 mph arrives in 3.2 seconds. Top speed is 196 mph, achieved in seventh gear. However it’s how the 718 Cayman GT4 RS looks that could turn more heads. 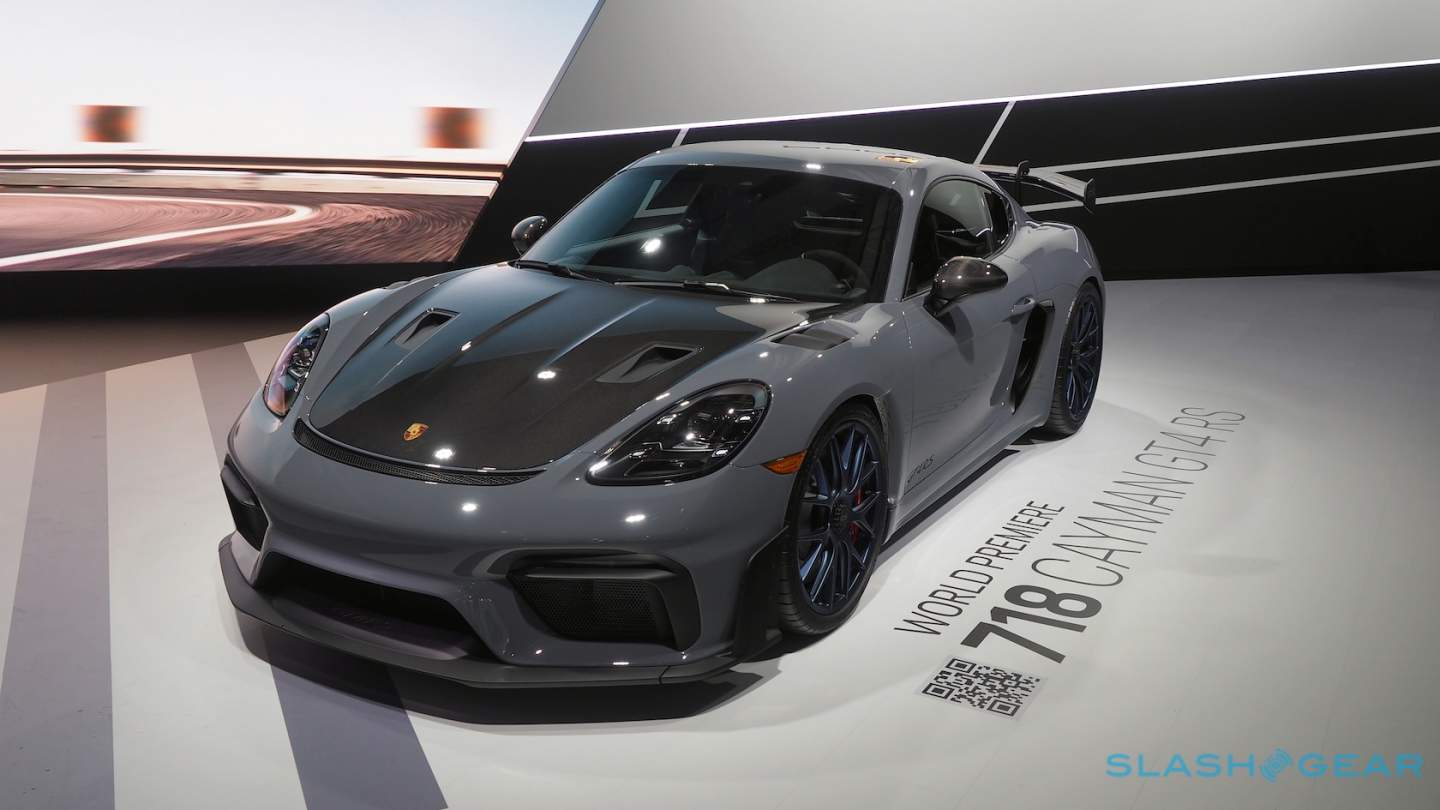 Porsche claims the changes are done with functional demands in mind, though the fact that it leaves the coupe looking seriously menacing sure doesn’t hurt either. The hood and front fenders use carbon fiber reinforced plastic (CFRP), trimming weight while also adding a motorsport styling nod. The door panels are lighter than in a regular Cayman, too, and the rear window uses special lightweight glass.

Gone are the rear side windows behind the driver and passenger doors, replaced with RS-specific air intakes to help feed the engine. The rear quarter panel intakes have been reworked, too, to maximize cooling. 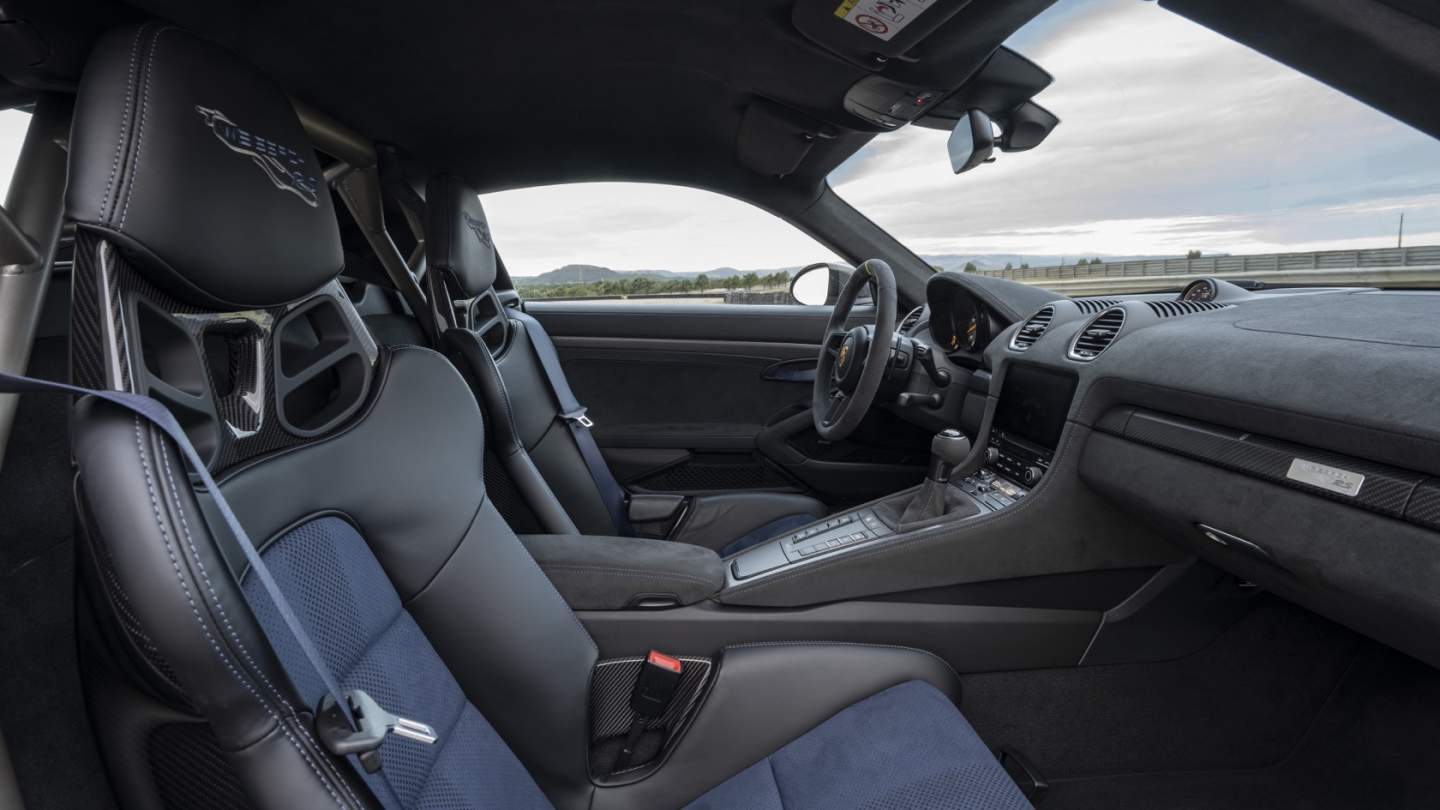 Another obvious addition is the rear wing, a fixed design with swan neck mounts and aluminum supports. That borrows from the design used on the Porsche 911 RSR race car, and works in tandem with an aerodynamically optimized underbody with a rear diffusor, an adjustable front diffusor, and a new front spoiler lip with flow-around side-blades. Throw in the extra front wheel well ventilation and a 30mm lower ride height, and you get to the extra 25% of potential extra downforce than on the 718 Cayman GT4. Under the sheet metal and CFRP there are new ball joints for the suspension, and an RS-specific damper setup. 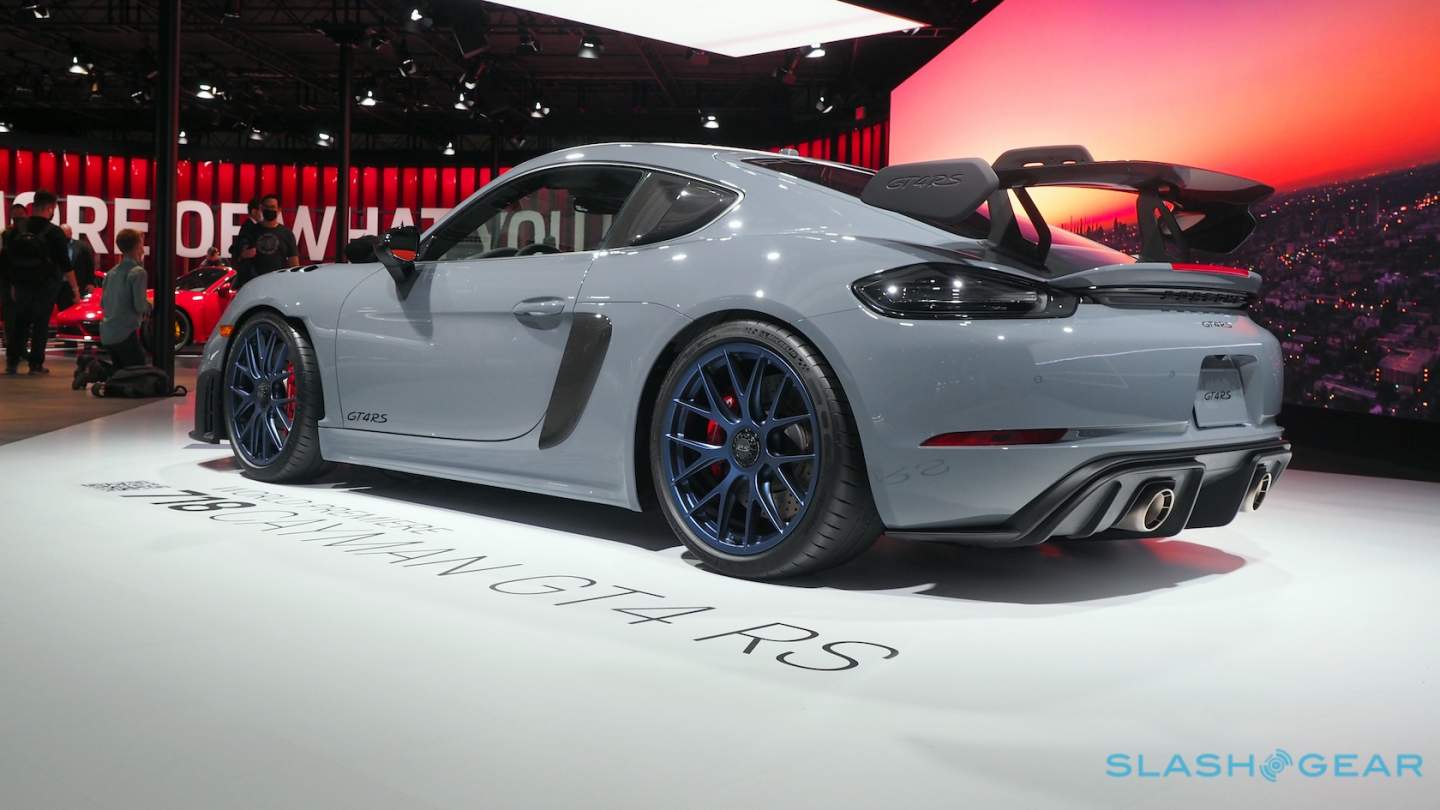 20-inch forged aluminum wheels with center locks are standard – a first for the Cayman – while Porsche will also offer a Weissach Package for those wanting an even more distinctive look. That uses carbon fiber for the front luggage compartment lid, the process air intakes, cooling air intakes, the air box lid, exterior mirrors caps, and the rear wing. Titanium exhaust tips are included, too, while inside the dashboard gets Race-Tex trim. Magnesium wheels can be added in, too. 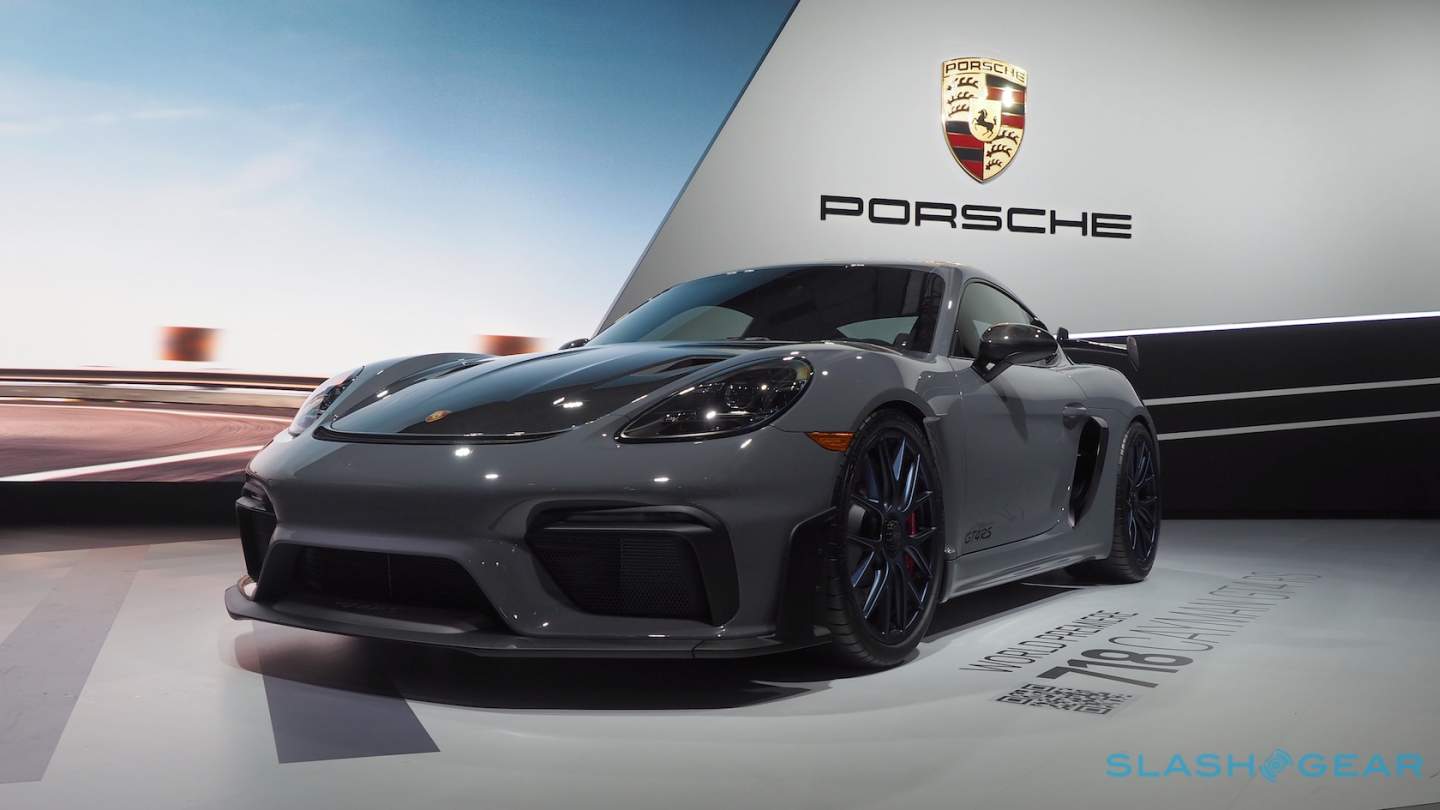 The net result is the car that the 718 Cayman was arguably always meant to be: the poise and balance of mid-engine design, with the performance honed in the 911. Doubling-down on that is the Porsche 718 Cayman GT4 RS Clubsport, a race car variant, which will be available alongside this road car. As for just how much this pinnacle of Cayman engineering will cost you, budget upwards of $141,700 (plus $1,350 destination) when the 2022 718 Cayman GT4 RS arrives in the US next summer.