This week the folks at analytical group Counterpoint released their smartphone unit sales numbers for the year 2019. This covers the entire 12 month period of the year 2019, in all regions around the globe. According to Counterpoint, Apple, Samsung, and one other brand dominated the top list.

The iPhone XR dominates once again. At nearly a full percentage point above its closest competition for the year 2019, it’s clear that Apple’s in-between iPhone is no joke. The iPhone 11’s share sits in second place for the full year – a feat in and of itself, given that it was only on sale for less than 4 months of the full 12!

The Samsung A series has some features of the Samsung Galaxy S and Note lineup, but at far more pocketbook-friendly prices. Samsung Galaxy A50, A10, and A40 are all in the top 5 in Europe for 2019, while the Galaxy A10 tops the list in both LATAM and MEA.

Note the lack of 5G coverage on phones here, too. None of the biggest selling phones on this list had 5G access, really. That’ll likely change later this year as 5G networks in the USA roll out in a far bigger way, and 5G-toting phones become more affordable.

The different regions listed by Counterpoint are matched with their individual top-5 smartphones for 2019 in the chart below. It should be no surprise that the USA is mostly dominated by the iPhone – though it might be a little shocking to find no Samsung phone in the top 5. 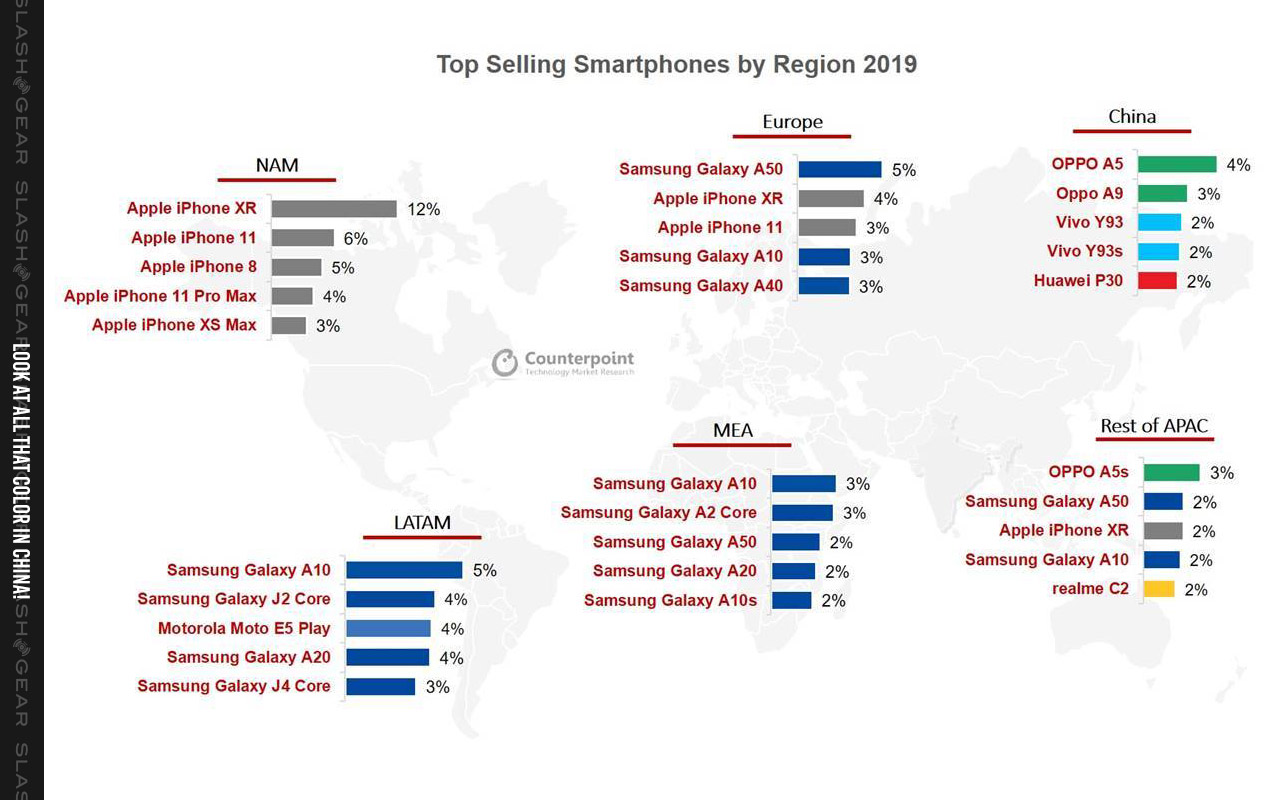 South America is the only region in which a Motorola smartphone appears.The iPhone XR and iPhone 11 are the two that peek out into the top 5 of Europe and the rest of APAC – otherwise it’s mostly Samsung. In China, it would appear to be a whole different ballgame, with OPPO, Vivo, and Huawei taking the cake.

Do you see the brand realme up there? Hiding in yellow down there in the rest of APAC with 2%. This is the first time the brand realme has appeared in any top 5 in a full years’ results – it’s also important to note that this company was effectively established in May of the year 2018.

The group called realme is the fastest growing smartphone company in the world – Counterpoint reckons that realme grew 426% year over year, 2019 vs 2018. One would hope for extreme growth at such extreme speed, but it’s still incredible!

Huawei doesn’t appear to be doing particularly well here – they’re a good example of how a company does not need to dominate with single models in order to roll up the market globally. Counterpoint also published their global smartphone market shipments analysis for the year 2019, showing Huawei taking second place overall for the year. 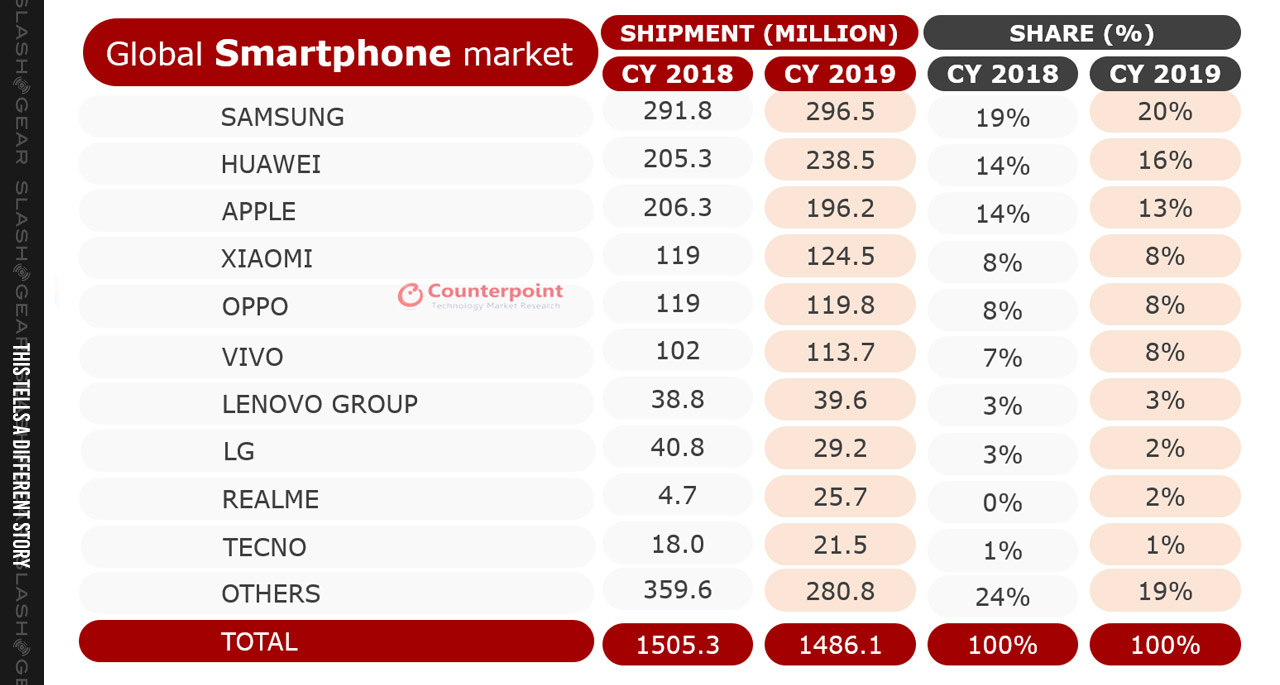 Samsung still commands the list with 296.5-million units shipped in 2019, but Huawei’s edging up with 238.5-million. Apple’s gone down compared to 2018 – but they’re also selling mostly higher-priced and more extravagant models, allowing them to remain monstrous!