We knew the all-new 2017 Ford GT would be fast, but now we know exactly how potent the hotly-anticipated supercar will be. Ford has been keeping us in suspense when it comes to exact details ever since the new coupe made its debut at the start of 2015, telling us only to expect a twin-charged 3.5-liter V6 good for more than 600 horsepower. Now, we have a lot more to go on.

Altogether it’s enough to make the 2017 GT the fastest production car in Ford’s history. Top speed is 216 mph, the automaker says, though exactly how long it takes to get there is still something being played close to the company’s chest. 0-60 mph times will probably have to wait until the release date, though Ford is already making some promising comparisons with existing supercars. 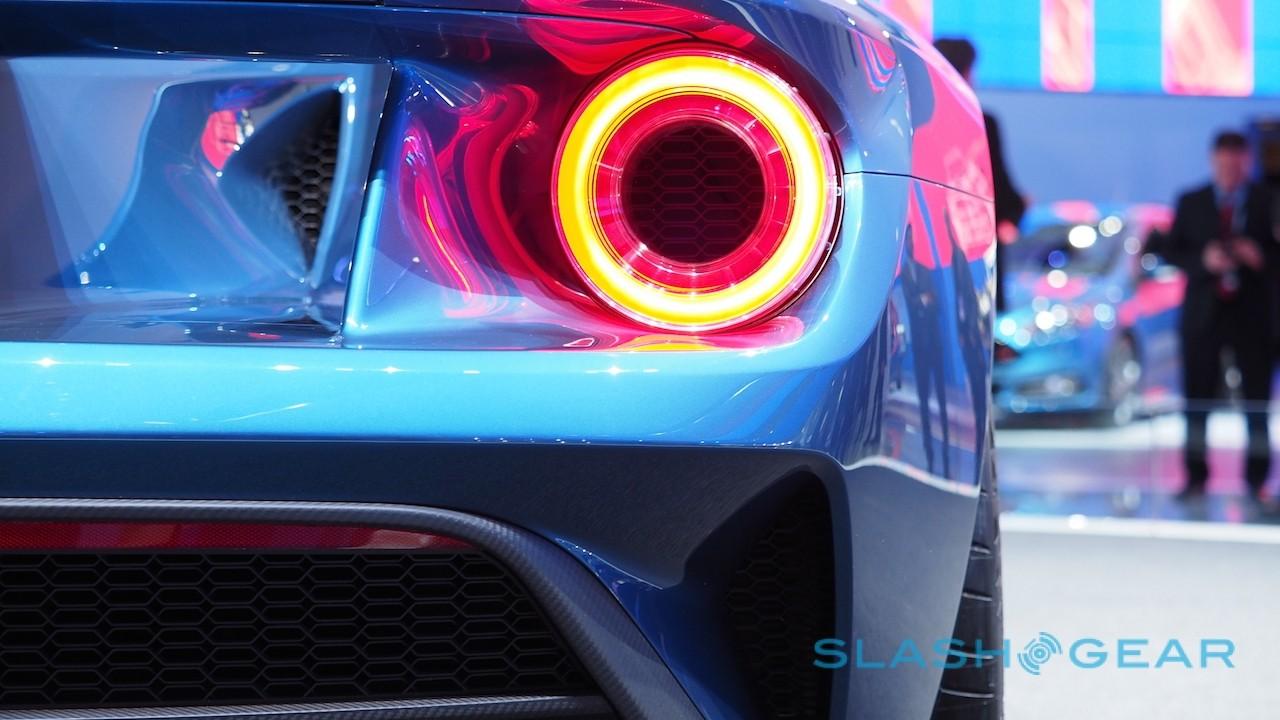 With a 3,054 pound dry weight, the GT falls right in-between the cars Ford says are its most obvious competitors, the McLaren 675LT and the Ferrari 458 Speciale. They’re not casually selected, either; Ford apparently took all three to the Calabogie Motorsports Park in Canada last year, with its own car taking 2:09.8 to complete the track. That’s a second faster than the McLaren – with the same driver – and more than three seconds faster than the Ferrari.

The GT will actually be manufactured in Canada, at Ford’s Markham, Ontario plant. There, the carbon fiber monocoque – with its integrated steel roll cage and aluminum substructure – will be combined with the 3.5-liter EcoBoost engine (the most powerful to ever wear that badging) and a variety of active aerodynamics tech. While it may not be the typical EcoBoost, Ford is already making economy predictions: figure on 11 mpg in the city, 18 mpg on the highway, and 14 mpg combined. 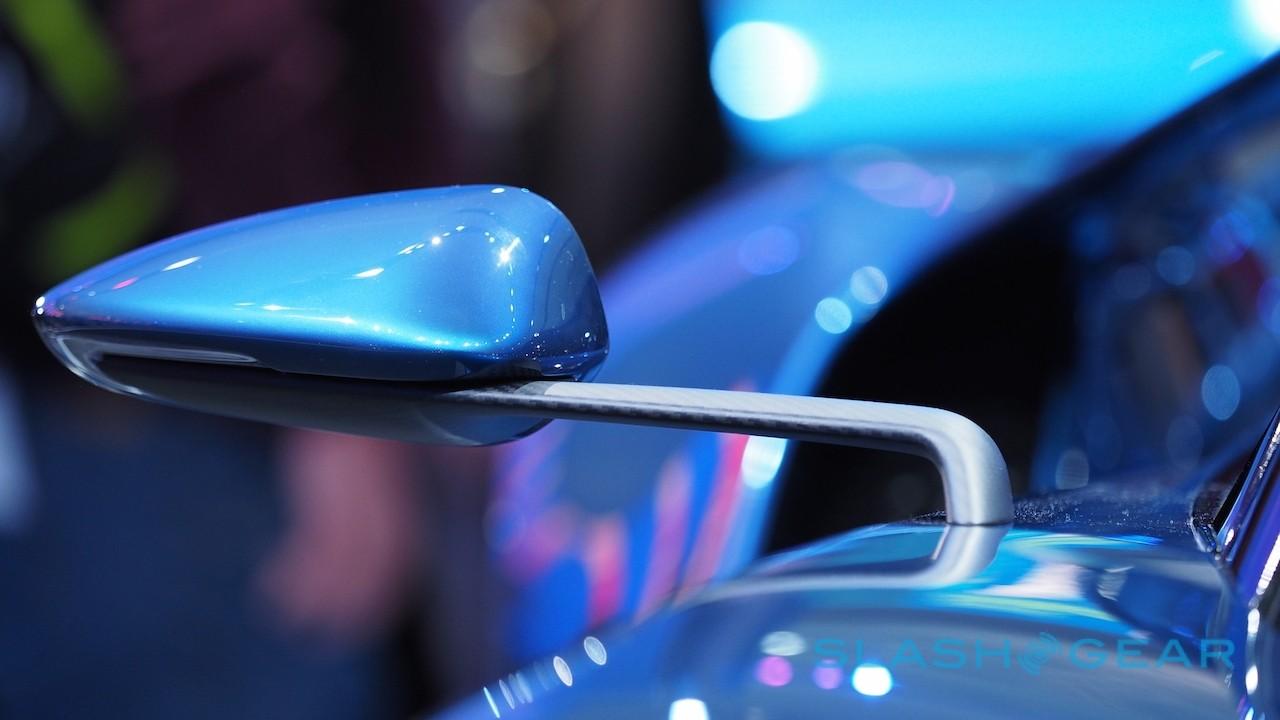 Rear-wheel drive, with a limited-slip differential, the GT will use a Getrag 7DCL750 seven-speed dual-clutch transmission. Front and back, there’s a two-position ride height and spring rate system, switchable from 2.75- to 4.7-inches, along with electronically-adjustable DSSV dampers. The front also gets an additional front lift mode – that can adjust the front angle from the normal 9.5-degrees to 13-degrees – while the steering is a hydraulic power-assisted rack-and-pinion with a 14.8:1 ratio and 40 foot turning circle.

Assuming you’ll want to stop at some point, there are power carbon ceramic matrix disc brakes on all four wheels, with a four-sensor, four-channel antilock braking system and AdvanceTrac electronic stability control. At the front of the GT, there are 394 x 36 mm floating-type vented and cross-drilled discs, with Brembo six-piston fixed aluminum calipers. At the back, there are 360 x 32 mm vented and cross-drilled discs, along with Brembo four-piston fixed aluminum calipers and an electric Brembo spot caliper parking brake. 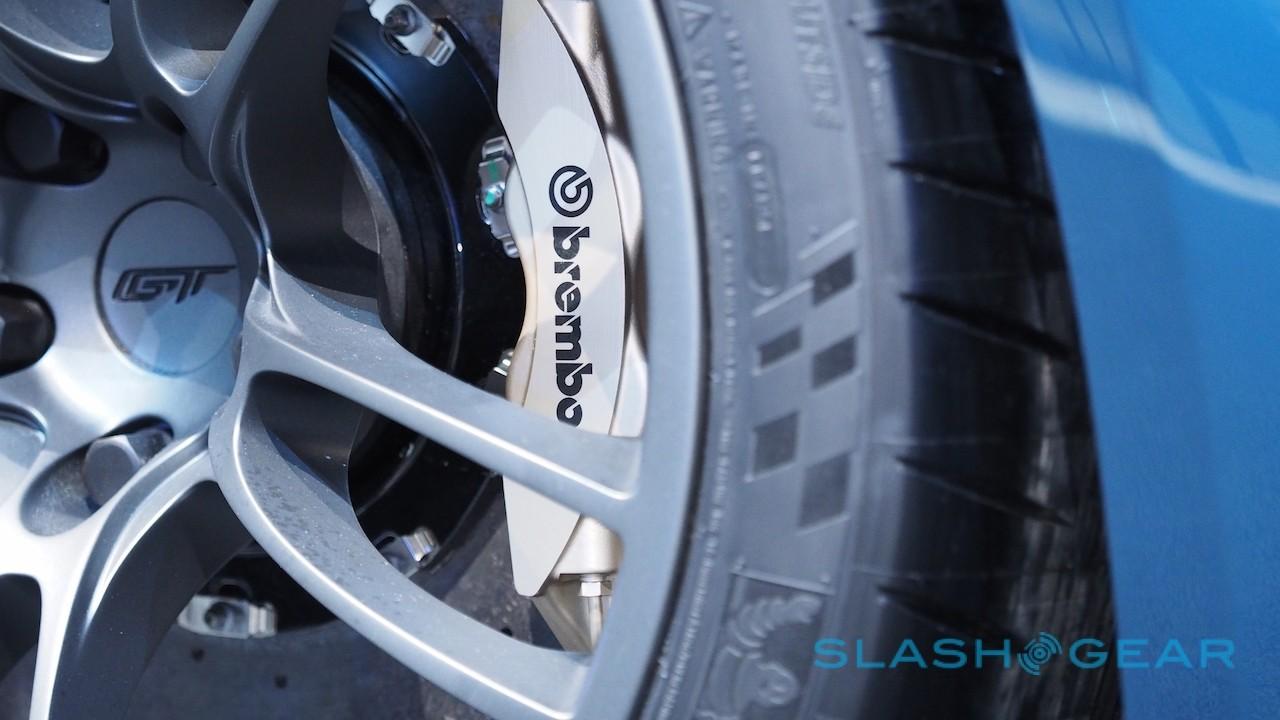 As for wheels, the standard set are 20-inch alloys with Michelin Pilot Sport Cup 2 rubber. Ford will optionally switch those for 20-inch carbon fiber versions. Recommended fuel is 93 octane, of which the tank holds 15.2 gallons.

Inside, there’s room for you and a single passenger. Since the engine takes up the rear, all you get in terms of cargo space is 0.4 cubic feet, so the GT probably isn’t an ideal vehicle to drop people off at the airport. Still, you’d at least get there quickly.