That’s not a flying car

Terrafugia’s Transition flying car has faced the press at its New York Auto Show debut and inevitably caught the attention of Jetsons-raised geeks, but let’s face it: it’s not really a flying car. The two-seater is capable of four hours of flight when airborne, having driven at up to 65mph to your nearest airstrip, but you don’t have to take more than a cursory glance at the photos to see that this is more a folding plane than a car that flies. That brings with it plenty of headaches, though they’re ones which work at Google, among others, could address in the future.

Jalopnik has a good overview of the plane/car from the Auto Show, as well as an interview with VP of Sales Cliff Allen; the company is apparently thinking hard about all the various issues that come up when you bang road and air vehicles together, like massively shortened service intervals (think 2,000 hours) and the practicalities of insurance that covers both uses. It’s also a tour-de-force of modern tech, too, like carbon fiber, so-called “glass cockpit” instrumentation (i.e. all digital), and a customized continuous variable transmission (CTV) paired with a very light (1,435lb) weight.

I’m not looking to take away from Terrafugia’s achievements here. I’m sure there’s been a huge amount of work involved in making a collapsable plane; ensuring the folding wings alone are strong enough when extended would give me sleepless nights were I the engineer in charge, after all.

What you still need, though, is a runway, along with access to it that the Vespa wheels on the Transition can handle. No soaring over impromptu gridlock on the highway, or dipping down from the skies to the road outside your kid’s high school.

You’ll also need a pilot’s license – at the very least a Sport Pilot License, Digital Trends says, which takes 20 hours of training (a quarter of which are solo flight) but doesn’t allow pilots to fly at night – but even then, the thought of barely-trained people taking to the skies is terrifying. 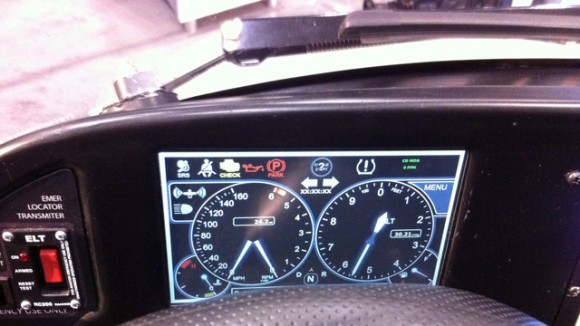 What’s really needed is technology such as Google is developing for its driverless-cars, where human fallibility is squeezed out and replaced by calculating machines. Of course, the cars are only just getting approval for use on roads; we’re a long way off from something that can do the same in 3D space. Without it, though, flying cars will forever be the preserve of a very small subset of likely established pilots.

Still, not everyone is so cynical – or, perhaps, as patient. Terrafugia says around 100 pre-orders have been placed for the Transition already, at $10,000 a pop, with the final model expected to cost $279,000.