Tethercell lets you control battery powered devices from your phone

We’ve seen our share of cool devices and ideas here at SlashGear, but this one might just rank up with the best of them. Today at ShowStoppers we got to take a look at a new technology called Tethercell, which incidentally went live on crowdfunding site Indiegogo earlier today. Tethercell has received a significant amount of funding in its first day, due to the simple fact that it allows you to control your battery powered devices from your smartphone.

Specifically speaking, Tethercell is a AA-battery adapter that will fit your device in place of one battery. The adapter itself is powered by a AAA-battery, and when it’s been inserted into your device, it lets you switch it on and off using an app installed on your smartphone. That’s pretty cool, but of course, there are plenty of other nifty features to go along with this technology.

Using Tethercell, you can track the amount of juice you have remaining. The app will let you know when your batteries are running low, and you can even set schedules for your devices. Is there one battery powered toy your kids love but you absolutely hate? Set a schedule to only let them play with it for an allotted amount of time, and enjoy peace for the rest of the day. The app connects to the adapter using Bluetooth 4.0, so this technology could one day be applied to any smartphone with Bluetooth 4.0 capabilities. 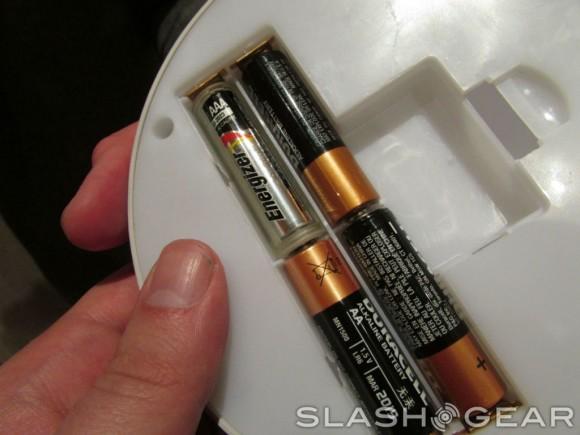 Tetherboard, the company behind this technology, says that Tethercell should begin shipping in late 2013 (provided everything goes well with its Indiegogo campaign). At first, Tethercell will only support AA-batteries and iOS, but the team promises that Android and 9-volt support will be following soon. This is just the beginning for Tethercell, so expect to hear more about it in the coming days and weeks. While you wait for more details, be sure to stop by our CES portal for all of the trade show news you could ever want.