The ultimate goal, Honda says, is a car you have the choice to drive, or to be driven in. That’s the end game in the Japanese firm’s ambitious autonomous vehicle plan, which by 2020 includes a milestone of a car “that can drive you to your chosen destination” according to the engineers working on the project. Several things have to come together for that to happen, mind, and I tried some of them out during my visit to Honda’s R&D center in Japan this week.

Like other manufacturers, Honda is counting on a combination of high-resolution maps, lane recognition, and 3D sensing for its self-driving cars. Different teams are tackling different aspects, with some of the early technologies filtering into today’s production vehicles as driver assistance aids.

In one demonstration, reminiscent of our knuckle-clenching race track ride-along with Audi’s self-driving RS7, Honda showed how a car could be taught a perfect line on a race course and then follow it autonomously later on.

The prototype uses more advanced sensors than a current production Honda might be fitted with: a stereo camera facing ahead, six radar sensors – two long-range front and rear, and then a midrange at each corner – six laser rangefinders, and a high-accuracy GNSS (Global Navigation Satellite System) paired with a gyroscope. 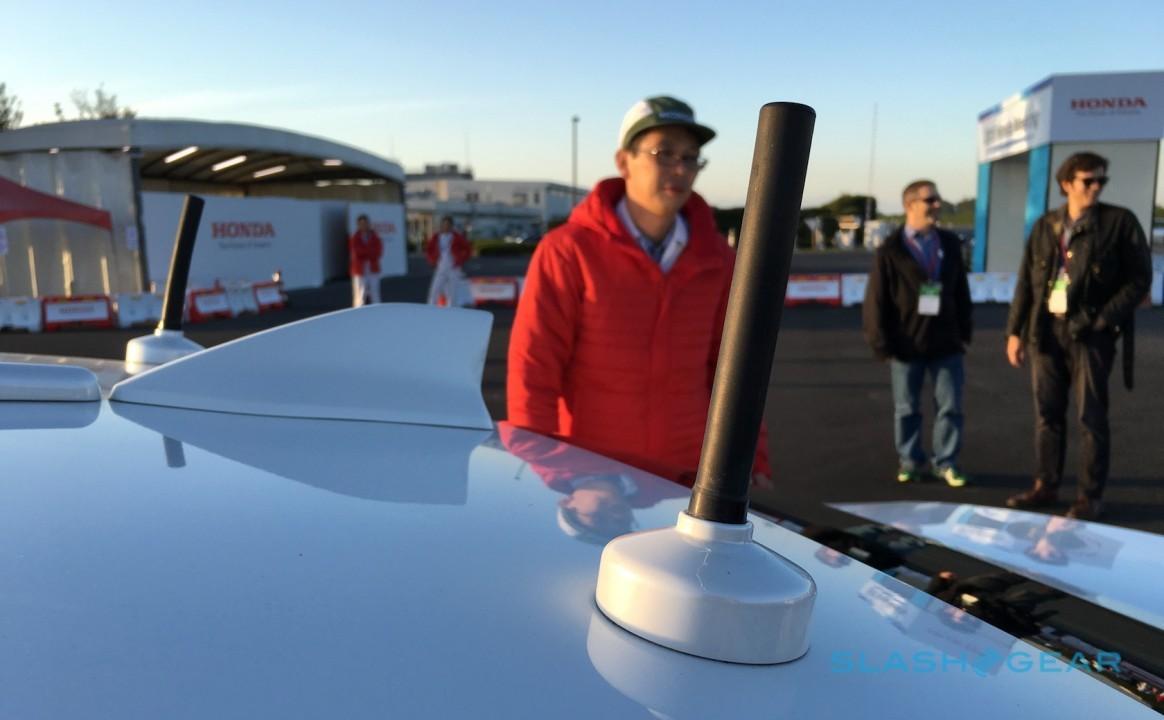 Beforehand, a Honda driver had showed the car the best path to take around the course, including the optimal lines, when to brake, and when to step on the gas. After that, occupying the front passenger seat myself and with an engineer behind – but not touching – the wheel, the car took off on a spirited, tire-squealing lap.

Right now, in its current form, it’s safe just as long as you’re in the car. Through monitoring things like wheel slippage, different road conditions such as wet weather or ice can be identified, and the computer automatically adjust the speed to stay on track. Similarly, if you ask it to drive faster than it knows it can manage safely, the computer will refuse. 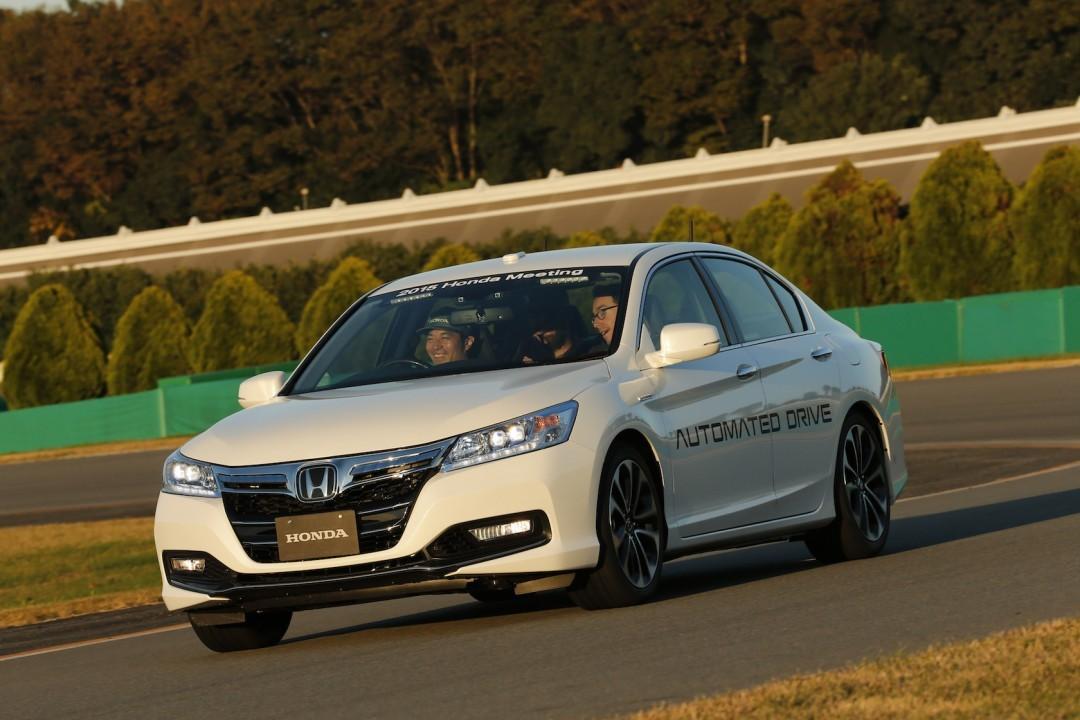 When I asked whether the car would stop if a pedestrian or animal stepped out into its path, however, the Honda engineer made an ominous smacking sound with his hands. This particular prototype doesn’t have the object recognition system that Honda says would be a necessary component of any future self-driving vehicle, and as such would merrily continue on its way regardless. 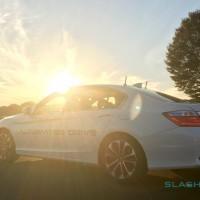 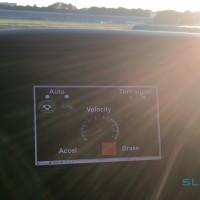 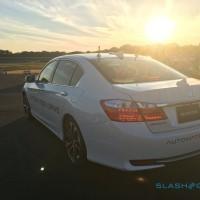 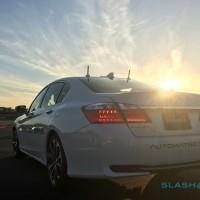 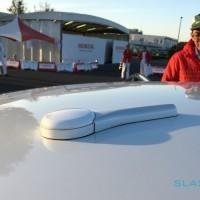 I also had a brief opportunity to try out Honda’s Traffic Jam Assist prototype, which builds on the existing Honda Sense and AcuraWatch technologies already offered on certain models. Basically, it fills in the lingering gap for low-speed traffic following and lane-tracking.

Currently, Honda Sense has adaptive cruise control that works – model depending – from standstill through highway speeds, and lane-keeping assistance (LKAS) which can operate from 45 mph up. What Traffic Jam Assist does is slot in at lower, city speeds, effectively allowing the car to follow whatever is ahead, match its speed, and navigate the turns of the road. 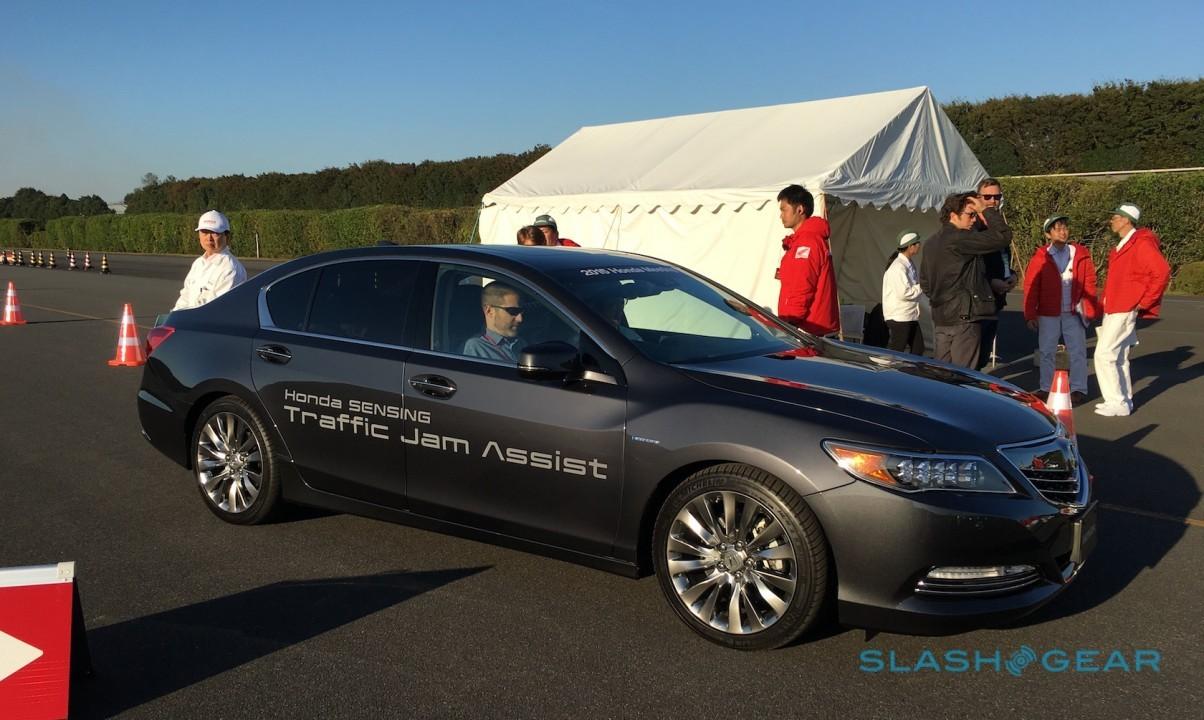 Now, it’s worth noting that it was a staged demonstration, and a brief one at that. Honda says the technology is effectively a software update on top of the existing camera and millimeter radar Honda Sense relies upon now.

Click the button on the steering wheel and, sure enough, the car automatically followed behind the test vehicle ahead. When a third car cut in, it slowed to preserve a safe distance. Honda does, though, demand you rest at least one hand lightly on the wheel, otherwise it will sound a warning and flash an alert on the dashboard; exactly how long you get before you hear that depends on the speed you’re traveling at, but the engineers say 5-10 seconds is likely.

Honda’s current system may well be too polite to work on American roads, however. Traffic Jam Assist does, as with all of the commercially available adaptive cruise control systems out there, allow you to adjust the comfort distance between you and the vehicle in front, but Honda tells me that even the minimum is designed to allow a car to cut in front.

While I’m certainly not advocating driving in a way that stops other cars from merging, all the same it’s not hard to imagine effectively staying stuck in one place as your accommodating auto-pilot allows every one of your fellow drivers to cut in front.

Honda isn’t saying when Traffic Jam Assist might make it out to production models, nor indeed if – as would seem to be the case, at this stage of development at least – if could be applied retroactively to existing vehicles. 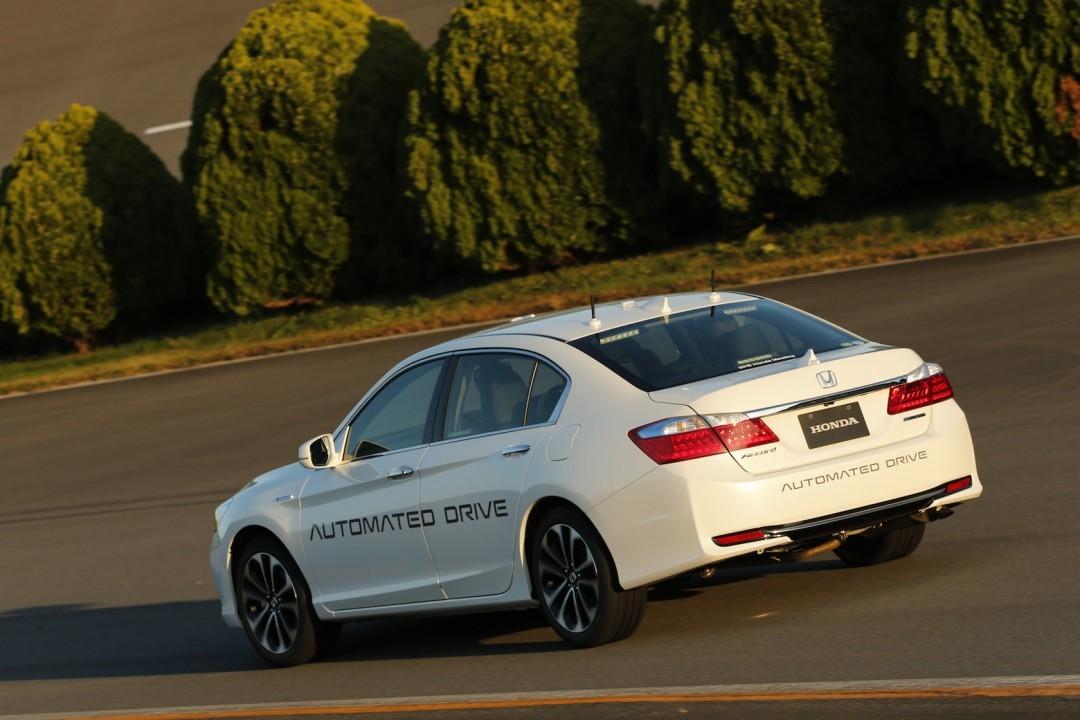 Similarly, though the engineers say a self-driving car should be on sale by 2020, they’re holding off from describing it as fully-autonomous. The vehicle should be able to get you from A to B in ideal conditions, they point out, but may well hand back the controls in unfavorable weather or particularly challenging traffic.