The National Highway Traffic Safety Administration (NHTSA), part of the US Department of Transportation, plans to speak with Tesla about the ‘yoke’-style steering wheel featured in its newly updated and recently unveiled Model S sedan. In the two days since the redesign was introduced, critics have argued that the steering wheel design is unsafe.

READ: This is the new Tesla Model S

Telsa unveiled the redesigned Model S electric sedan on Wednesday, one that sports a clean, minimalist cabin where a touchscreen takes center stage.

Joining the touchscreen is a ‘yoke’ steering wheel — it’s more rectangular in shape and, essentially, eliminates the top half of the traditional steering wheel design. This, many have argued, is a dangerous thing to include in a passenger car. It seems the wheel design also caught the feds’ attention, prompting a statement from the NHTSA. 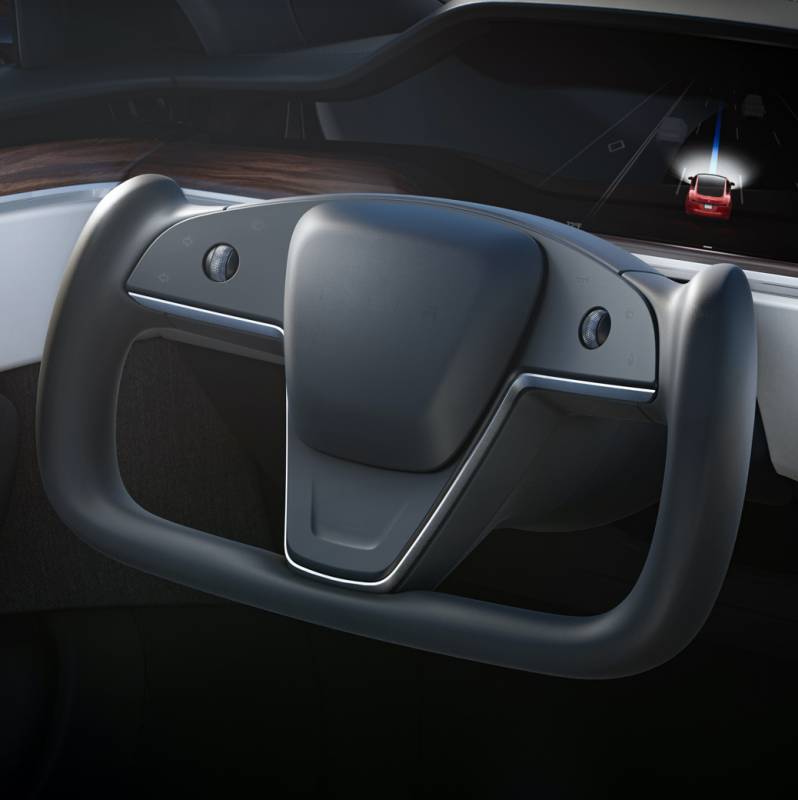 The yoke steering wheel is, visually speaking, very cool and more than a bit retro. Practically speaking, however, it’s also risky when it comes to making those hand-over-hand turns you may encounter when doing a U-turn or trying to parallel park. It seems Tesla may anticipate the need for a traditional round steering wheel based on images found by Motortrend

""At this time, NHTSA cannot determine if the steering wheel meets Federal Motor Vehicle Safety Standards. We will be reaching out to the automaker for more information," the agency said in a statement confirmed to Fox News Autos."$TSLA $TSLAQhttps://t.co/a8YrZ6Ep0R

Meanwhile, Road & Truck reached out to the NHTSA to ask about the yoke steering wheel, getting a response back from the agency that can be summed up as we don’t know yet. ‘We will be reaching out to the automaker for more information,’ the spokesperson said. It seems likely that Tesla will offer an ordinary round steering wheel option to customers who want it, but many questions remain at this time.