Tesla’s Supercharger network is getting a potency upgrade, with Elon Musk confirming the maximum charging rate is going to increase. The new upgrade will take Superchargers from 250 kW to 300 kW, Musk revealed on Twitter, having hinted that power increases were in the pipeline back at the Model S Plaid event in June 2021.

Not every electric vehicle charger is created equal, and some are capable of significantly faster rates than others. You can think of it as the equivalent of the flow-rate of gasoline at a traditional gas station: the speed that the fuel fills up your tank.

While 50 kW chargers are relatively commonplace in public, we’re gradually seeing much faster versions roll out. Electrify America, for example, has been offering up to 350 kW chargers, though not at every location the VW-backed company runs.

The difference in kilowatts provided can make a significant difference to how long you need to stay plugged in, too. To use Porsche’s Taycan EV as an example, with a 50 kW DC fast charger you’re looking at 93 minutes to recharge the sedan from 5-percent to 80-percent. Find a charger that supports the EV’s maximum 270 kW rate, however, and that drops to under 23 minutes. 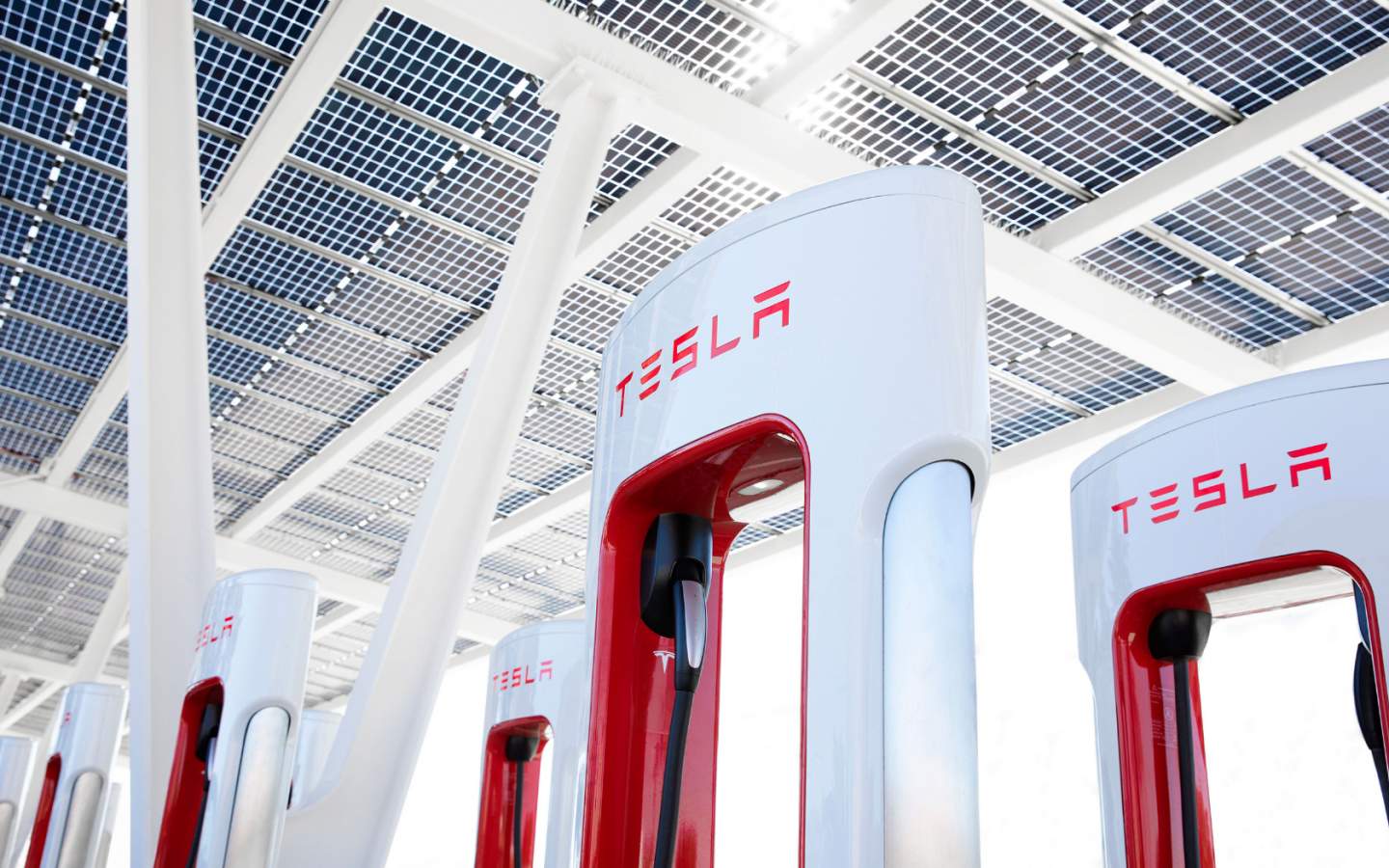 The proviso, of course, is that you need more than just a high-power charger: the electric vehicle you’re driving also needs to support those rates. When you plug your EV in, a handshaking process adjusts the power levels so that the car receives the maximum it can handle. That rate also varies according to factors like environmental temperature, battery temperature, and the current state of charge: the rate typically slows significantly as you get over 80-percent, for example.

Simply because the Supercharger might support 300 kW charging, therefore, doesn’t mean that every Tesla which plugs into it will see faster speeds.

The Model S Plaid, for example, would be capable of adding 187 miles of range after 15 minutes of being plugged in, Musk said in June. It’s unclear whether that also means it could recharge even faster on one of the upgraded 300 kW Superchargers. Tesla doesn’t make immediately clear the maximum charging rates that its cars support at DC fast charging locations, though has in the past used OTA updates to upgrade the peak rate of existing EVs as the Supercharger network improves.

It’s possible, then, that new software could make existing owners’ cars charge more rapidly, though that would likely only include the more recently-manufactured models. The upcoming Tesla Cybertruck and new Tesla Roadster would also be obvious candidates for 300+ kW support. Musk didn’t say how rapidly Tesla expects to undertake the Supercharger upgrade, though owners can find details about how fast their EV should charge when searching for locations through the vehicle’s infotainment system.