Elon Musk wasn’t joking about the Tesla Roadster having rockets

Elon Musk has never shied away from a big promise, but even some of his biggest fans were skeptical when he said the upcoming Tesla Roadster would have a SpaceX package with rockets. Turns out, that wasn’t mere hyperbole – just don’t expect tongues of flame from every angle.

Certainly, Musk’s ambitions for the Roadster aren’t humble. “Intent of [the] new Tesla Roadster is to beat gas sports cars on every performance metric by far, no exceptions,” Musk said over the weekend on Twitter, “thus transferring the “halo crown” effect gas cars have as the top speed leaders over to pure electric.”

It seems, indeed, like he’s willing to consider just about anything in the pursuit of that goal. That includes thinking about things no other automaker would probably even allow out of an R&D brainstorming session. Up to and including rockets.

Back at the Tesla annual shareholders meeting Q&A, Musk prompted some speculation – and skepticism – when he said the upcoming Tesla Roadster would have a SpaceX package. That, he later explained, would involve around ten small rocket thrusters, positioned around the electric sports car’s body. Collectively, they could “dramatically improve acceleration, top speed, braking, and cornering,” Musk suggested.

It might sound crazy, but it seems Musk has thought through the science – then again, also having a space rocket company probably helps with that, too. In fact, the Roadster system won’t use any messy burning hydrocarbons like a SpaceX rocket needs to escape Earth’s gravity. Instead, it’ll use compressed air. 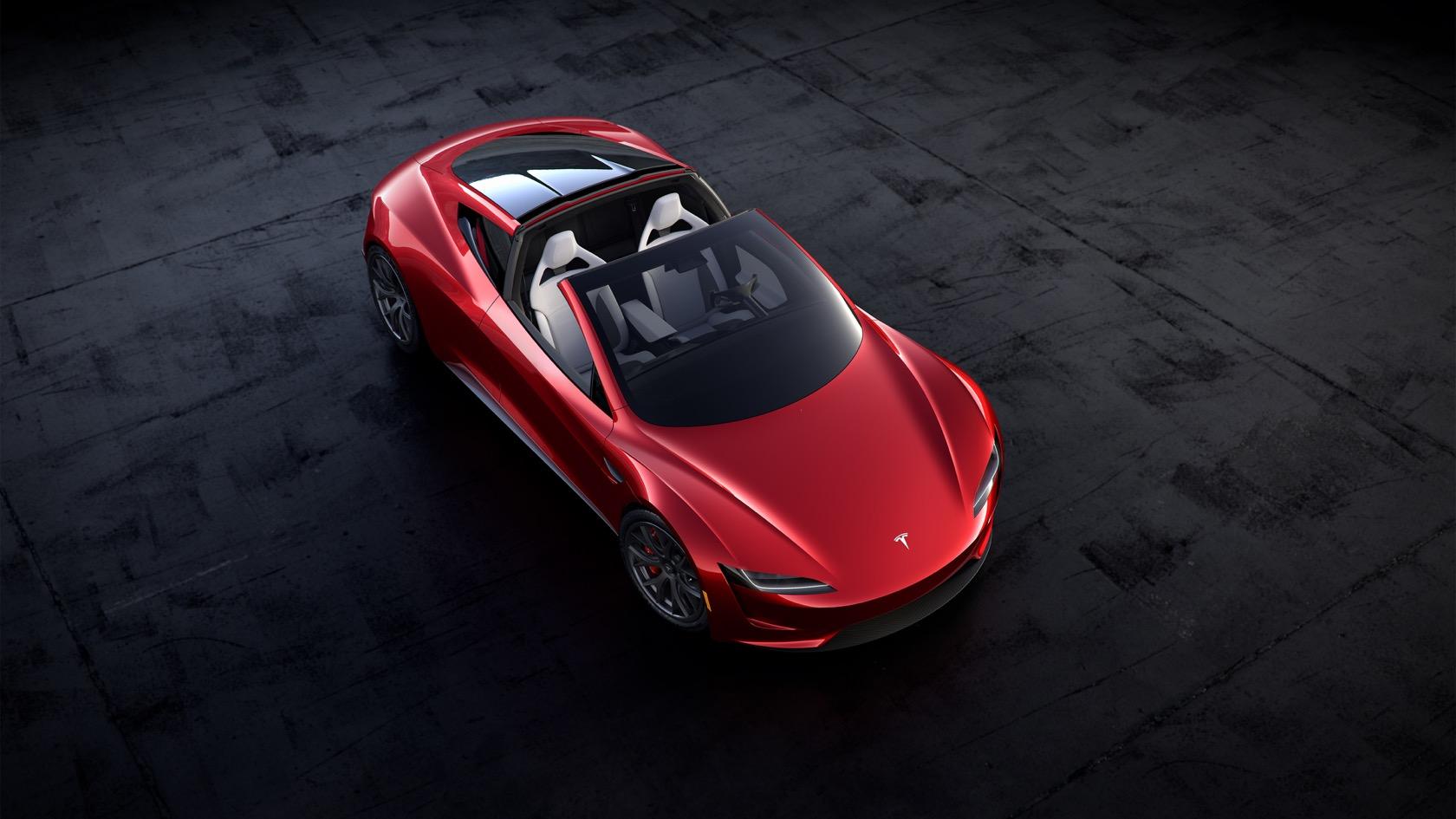 The gas will be stored at “ultra high pressure” in a COPV – composite over wrapped pressure vessel – bottle, using the same tech as SpaceX containers rely on. By selectively firing that out of one or more of the rockets, Tesla could introduce new directional forces: pushing the back end of the car out, perhaps, when it enters a corner, thus tightening up the turning circle.

After use, the electric air pumps would rely on the same vehicle batteries as the regular motors, refilling the COPV bottle.

There’d be some downsides, of course, not least the volume of the system. It might not be quite as eardrum-shattering as a launch rocket, but these positioning thrusters still won’t be discreet. Musk says that it will be “not recommended for urban environments” as a result. 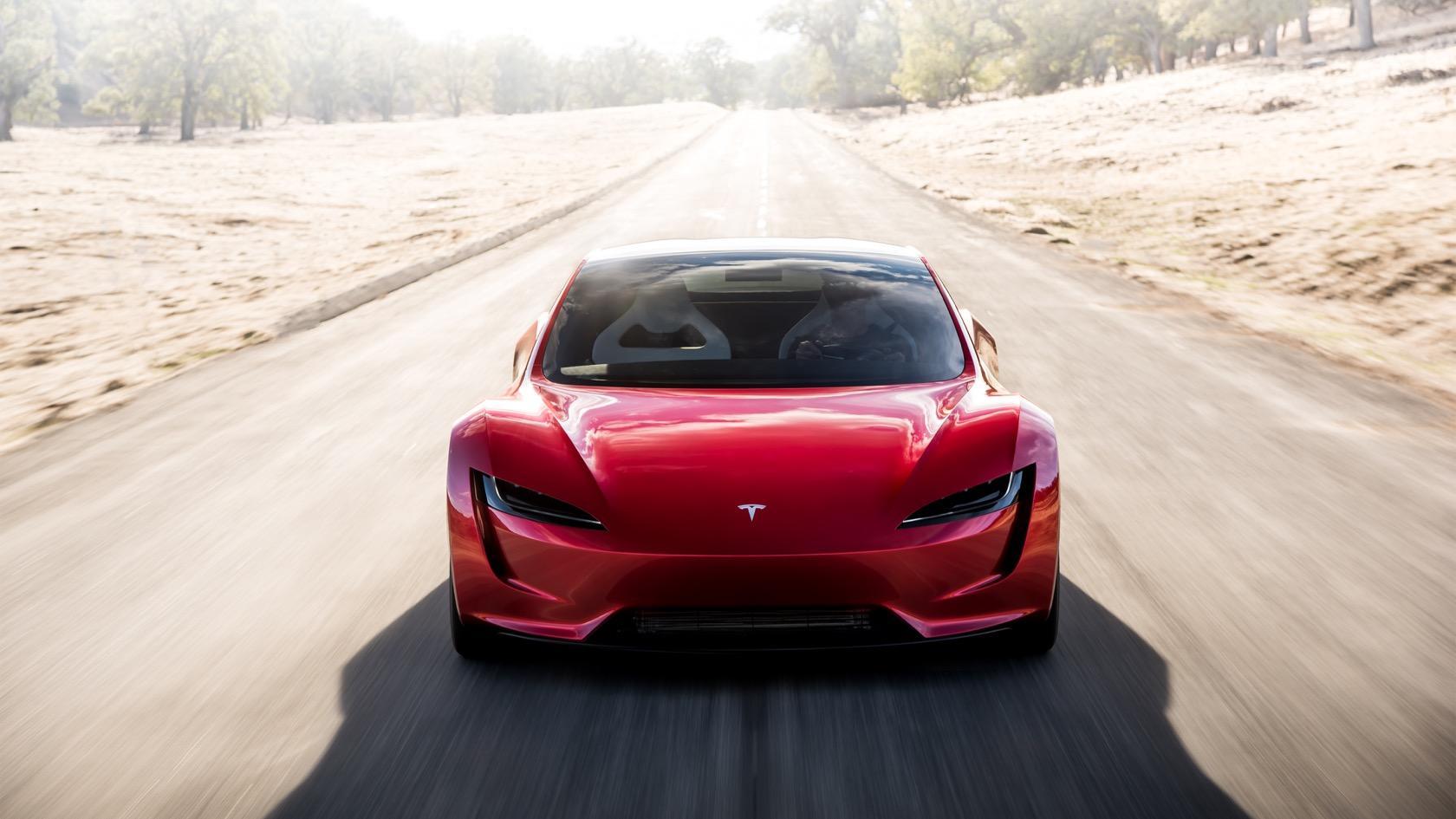 It’ll also eat into interior space, since that COPV bottle, its pump, and other components of the system will need to go somewhere. They’ll actually occupy the space normally taken up by the rear seats, Musk says, turning the Tesla Roadster into a 2-seater.

There’s no denying that Musk has a good sense for showmanship, and it’s unclear just how much this SpaceX package for the Tesla Roadster will add to the sticker price of the car. The initial Founders Series Roadster will be $250k after all, and even with a 1.9 second 0-60 mph time that, Musk has said before, won’t be the fastest version the company creates. Deliveries of that model are on the roadmap to kick off from 2020.