Tesla patches hack that upgraded Model 3 capabilities at half price

One of the concerns that come with connected and complex, computer-controlled modern cars is their vulnerability to hacking. It turns out, however, that there are some hacks that are being done for the benefit of car owners rather than for their harm. One prime example is the Tesla Model 3 that has an “Acceleration Boost” that’s already part of the car but disabled only via software. Unsurprisingly, a company was already selling unofficial ways to remove that limitation at half the price Tesla is asking for. Unsurprisingly, Tesla is not amused.

One of the advantages of some more modern cars is that capabilities that are already built-into them can simply be unlocked with a software update rather than having to bring in the car for a physical installation. The Tesla Model 3, for example, has an Acceleration Boost upgrade that reduces acceleration to 3.9 seconds when going from 0 to 60 mph and switches on the car’s 50 hp. All for a $2,000 fee.

Considering how relatively easier it is, a certain company by the name of Ingenext started offering a device that Model 3 owners could plug into their car’s MCU to unlock those features. The price for that is $1,100 only but it is pretty much hacking into your car and all the security implications that it also carries. Now Tesla is warning users there might be safety hazards involved as well.

A user of Ingenext’s Boost50 reported getting a warning on the car’s screen about an incompatible modification that risks damage or shutdown of the car. While the notification doesn’t go away, covering anything else on the screen, the car remains usable and drivable. It is also curious that Tesla is warning about a modification which it uses itself, though it is probably simply warning users about the unofficial way of enabling that latent capability. 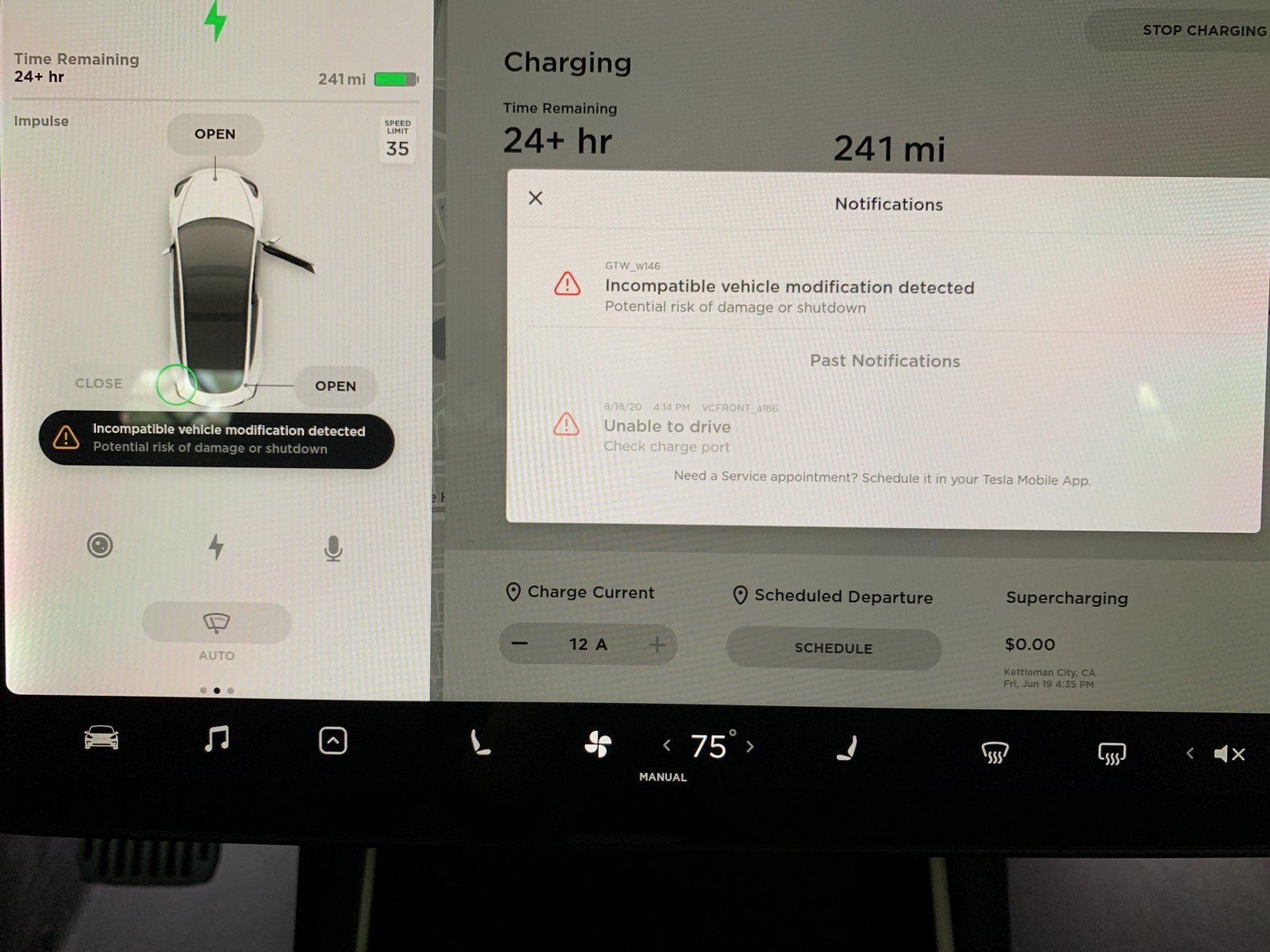 Ingenext told Electrek that Tesla has also rolled out a firmware upgrade that blocks the Boost50 from working. It is, of course, already working on a way to hack around that patch, warning the plug’s owners not to upgrade until it’s clear. It will most likely be a game of cat and mouse between these two, at least until Tesla sets is legal hounds on Ingenext. In the meantime, Model 3 owners will be left wondering if the savings they make from a third-party hack is really worth the risk that Tesla insinuates it has.