Tattletale Tesla is the Big Brother future of motoring

Tesla’s systematic take-down of New York Times car writer John Broder’s Model S review proves one thing: tomorrow’s cars are going to be so smart, we’ll probably trust them more than we will the driver. Elon Musk, Tesla‘s founder and CEO, relied on the Model S’ own performance logs in order to challenge Broder’s cynicism, raising questions as to why the NYT car journalist did battery-sapping donuts in a parking lot, took the EV off the Superchargers well before it was topped up, and fudged on his cruise control settings. That makes for an entertaining media spat, certainly, but it raises questions about how increasingly intelligent cars may one day soon undermine some of the “freedom” of the open road.

Broder’s review of the Model S pulled up the car for its supposedly unreliable range, forcing drastic energy-saving driving styles and, eventually, a rescue on a low-loader when the Tesla couldn’t finish the journey. Unsurprisingly, Tesla wasn’t too impressed; however, unlike most cars, the Model S doesn’t just put its technology front-and-center, in the shape of the dash-dominating touchscreen, but in the on-board computer that keeps track of just about every element of the driving process.

So, Musk was able to point to battery charge statistics to show exactly what sort of range Broder experienced – and what the estimated remaining range displayed would be – as well as his average speed and driving style. The Model S even tattled on its cabin comfort settings, with the NYT writer supposedly turning up the heating even when he wrote that he reduced it to save power.

This isn’t the first time Tesla has pulled out hard data to demonstrate car reviewers haven’t been entirely upfront with the cars’ performance. UK show Top Gear incurred the wrath of Musk back in 2011, after the irreverent hosts claimed the original Tesla Roadster left them stranded whereas, according to the car’s own logs, there was still around 50 miles worth of charge left in the “tank.”

In a vehicle that’s one part car, one part motorised computer, that sort of tracking isn’t perhaps unusual. For the moment, Musk says, “data logging is only turned on with explicit written permission” in customers cars, with the policy to activate it by default in media loaners stemming from the Top Gear debacle. Nonetheless, it’s not hard to see the climate around driver privacy evolving toward a world where the default is quite different.

Schemes that exchange driving anonymity for other benefits already exist, though they’re generally targeted at new, young, or at-risk motorists. Several insurance companies now offer discounted plans for drivers willing to install a “black box” to track their usage: that ensures no driving at night, for instance, outside of a specific area, or in unsafe ways. For the target audience, who could be facing typical insurance costs running to thousands of dollars, it’s a tempting proposition.

Regular drivers, however, have grown used to the idea of the car – bar being stopped by the police or snapped on a speed camera – being a silent accomplice for their road habits. That anonymity is likely to be short-lived, however, particularly as onboard systems become more complex, self-driving technology grows in popularity and mainstream penetration, and human error becomes the biggest flaw in the mobility story. 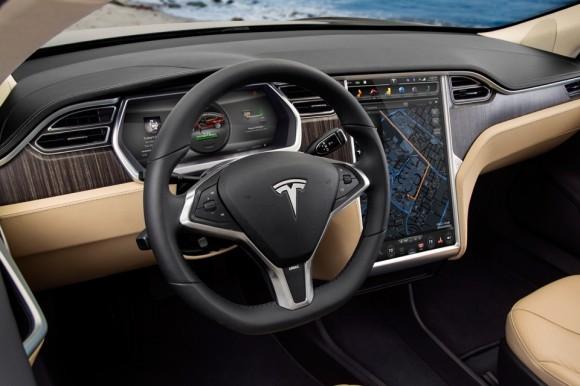 It’s a generally-accepted inevitability that, when self-driving cars such as those in the pipeline from Google finally hit the road in earnest, they’ll be an insurance nightmare. If they crash, or run someone over, or if the occupants are hurt in some way, who’s to blame: the driver, or the car manufacturer? When the sort of mesh networks Toyota and others are experimenting with – which will allow self-driving cars to communicate between themselves – appear, that will have a big impact (cutting the meat factor out often does that), but it’s not likely to happen for a good few years yet.

Still, the cars don’t need to be entirely autonomous in order to demand logging. Intelligent cruise-control and traffic following technology which can maintain dynamic distances from other cars; assisted accident avoidance which boosts braking effort; radar guided self-parking: they all take some of the responsibility of the person in the driver’s seat, and give it to the computer under the hood instead. And, where computers go, logging comes hand-in-hand, and it’s not hard to envisage a time when comprehensive, Tesla-style record keeping will be mandatory from insurers, not optional.

Perhaps that’s not a bad thing. Maybe it’s about time we stopped thinking of the roads as the great freedom network, but instead a shared resource that’s as potentially dangerous as it is useful. Perhaps, just as car manufacturers are doing their part in making new models more and more intelligent – safer, and more environmentally friendly, too – it’s time we as the fallible meat-pilots behind the wheel did our part to tidy up our own game.

A cynic might well be justified in their pessimism, however, whether that might actually take place. Instead, expect a tug of war between expectations of individual rights and demands of group responsibility, helpfully confused by the mercenary ambitions of insurance firms. Nonetheless, just as smartphones get faster and tablets get skinnier, the move toward intelligent cars is likely to be inescapable. Today, that’s giving a New York Times writer a headache; tomorrow, it’s going to be us that the car is talking back to.