Drumming your fingers on your desk might no longer be a sign of boredom, with the Tap wearable keyboard and mouse promising a surreptitious way of typing on a phone or tablet. The gadget, into which your fingers slot, turns text entry into chording, measuring the movement of your fingers and translating them into text or navigation commands.

Now, chording keyboards – also known as keysets – aren’t new. Indeed, they’ve been around since the late 60s, as a way to enable single-handed typing, particularly when there’s no desk or other surface available to rest a traditional keyboard on. Rather than having a single button for each character, they rely on combinations of keypresses – or “chords” – which each map to different characters or commands.

What sets Tap apart, however, is that unlike most chording keyboards – which are designed to be gripped in the hand, or have the hand rest atop them – the wireless peripheral wraps around the fingers instead. Resembling a string of rings, once your hand is in place you can then tap your fingertips against a surface to chord out letters. Although that surface could be a tabletop, it needn’t actually be horizontal: instead, it could be pretty much any impromptu surface, like your leg.

As for mousing, that uses the thumb: you slide your thumb tip along, and then tap with your fingers to click and scroll. Tap hooks up via Bluetooth to iOS and Android devices, Windows 8.1 or above, or macOS X Yosemite or later, and there’s a plugin for game engine Unity which the company is hoping will encourage developers to add native support to their titles. Tap itself has a trio of mobile games intended to train using the keyboard.

That process, the company suggests, can be figured out in under an hour. The alphabet is broken down into eight “tap-sets,” and it’s said to take approximately five hours of practice to become proficient and fast. If you want, you can even connect two Taps to a single device, and type with both hands. 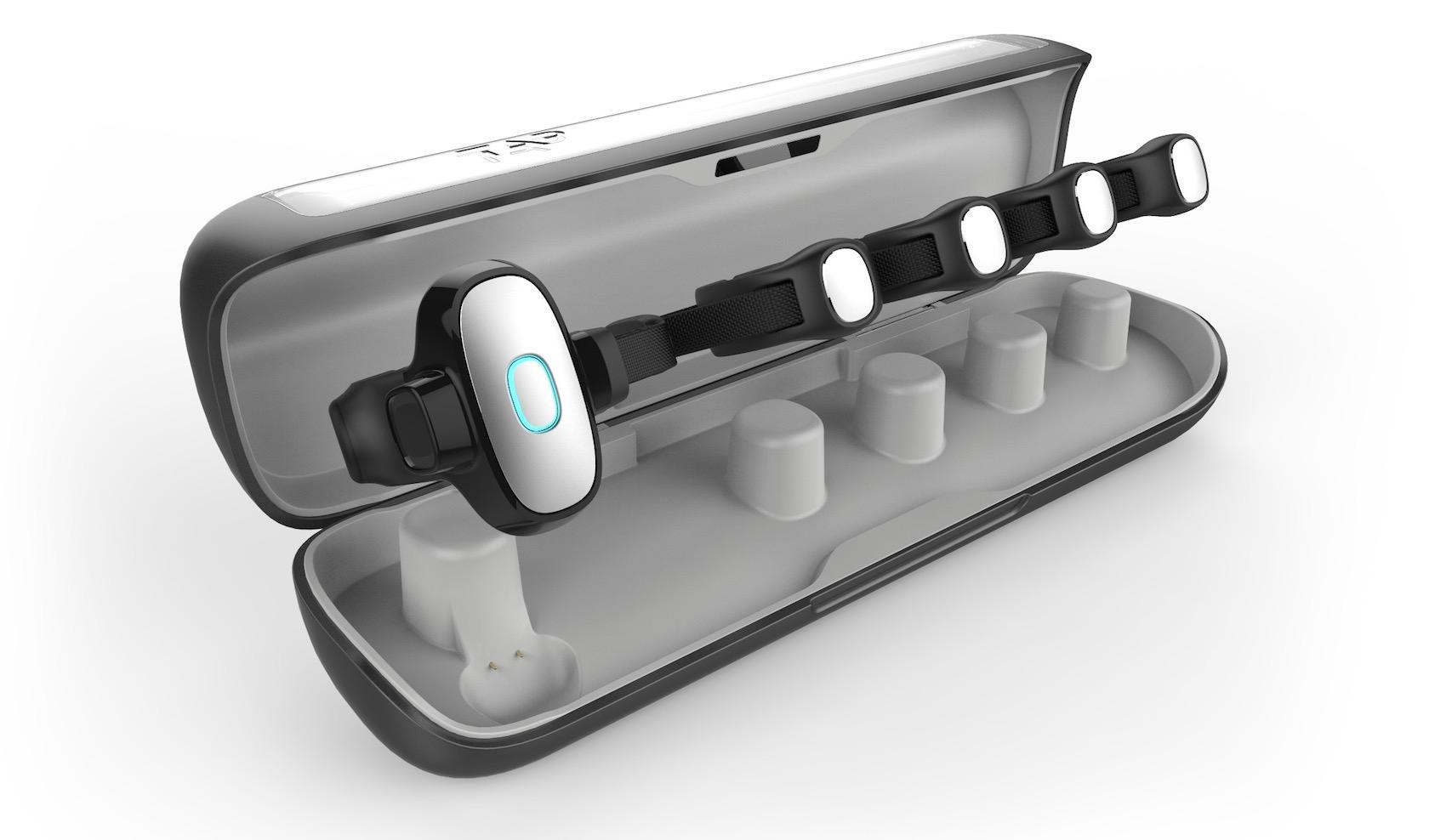 Tap was opened up to preorders back in November last year, and has begun shipping now. The company says it expects to have all preorders satisfied within the next week or so. New orders, meanwhile, are being taken now, priced at $149.99.