Traffic lights that are projected onto your windshield and change color according to the actual road conditions rather than a preset pattern could cut commute times by 40-percent, new research has claimed. The technology, dubbed Virtual Traffic Lights and already spun out into a startup by a team at Carnegie Mellon University, would rely on cars that can intercommunicate with each other and the road infrastructure, whispering their location and thus allowing real-time decisions about which lights should be green and which should be red. If implemented, it could not only save time behind the wheel, but cut stress and emissions it’s suggested.

Traditionally, most traffic light patterns are programmed according to expectations of junction use. In the real world, that can mean congestion as fewer than optimal cars make it through on each green light, or even the frustration of sitting, waiting for the light to change, while no other vehicles are around.

According to a team led by Professor Ozan Tonguz, there’s a different – and better – way to do it, and it involves vehicle-to-vehicle (V2V) communications.

With cars that periodically announce their location, direction, speed, and other metrics to those nearby, as well as a general set of traffic management rules, intersections could be dynamically managed. Rather than necessarily require actual lights at the junction, the customized instructions might be projected onto the windshield or shown on some sort of dashboard display. 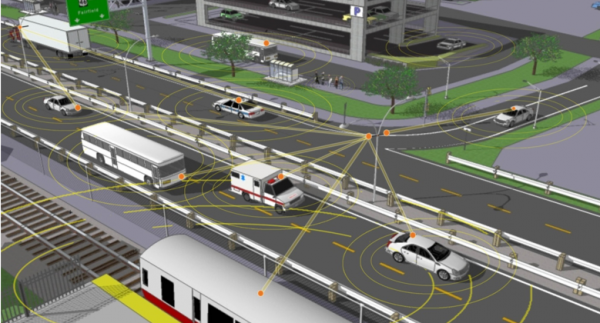 In their approach, one car is elected as the “temporary vehicle infrastructure” and stopped at a virtual red light. Corresponding traffic signal messages are then broadcast to other vehicles approaching the junction, decided on factors like traffic density in each direction.

Meanwhile, flow of vehicles around the area as a whole can be taken into account, for instance slowing cars from entering a busy city block before they actually reach the congestion itself.

“We envision the computing, communication and display device to be possible to retrofit on the existing car,” Professor Tonguz’s team says, “and the project will produce such devices.”

The result could be city flow rates increased by as much as 60-percent, it’s suggested, as well as cheaper infrastructure costs. A vehicular ad hoc network (VANET) could also flag nearby accidents, as other projects have suggested. 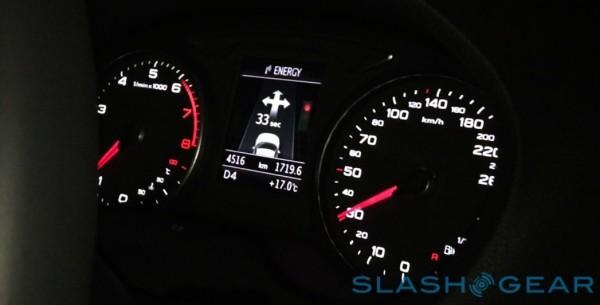 It’s a more ambitious version of an Audi system we drove back in October, which uses “talking” traffic lights that can communicate with a car and thus give the driver an idea of how long before the lights change.

While Audi didn’t envisage the intersection patterns varying according to how many cars were approaching, it did argue that simply knowing how soon the lights might go green or red would make for safer roads, as people would not speed up to make it through an open signal, or pull out their phone thinking they had time when stopped. Audi’s technology is currently being trialled in Europe.