Some browsers allow users to share tabs they have opened between devices easily. The big benefit of sharing tabs between devices is that you don’t have to create an email or instant message using an application to send something you want to look at from your computer to your phone or vice versa. Microsoft Edge received support for tabs sharing in the Canary Channel for the desktop and mobile browsers in April.

Since then, the Tab Sharing feature has been in testing, and Microsoft Edge Stable is finally being updated with the tab sharing ability. The tool allows users to send various tabs to different devices signed into the same account. With the feature, there’s no more emailing of URLs. For now, the tab sharing feature is reportedly rolling out to only a small percentage of users in the stable channel running Windows 10 and macOS. On the mobile side, the feature is also reportedly functional for iOS users using preview builds of the Edge browser.

Unfortunately for Android users, reports indicate the feature is not live for those devices at this time. The way sharing works is, users can open any webpage and right-click on the address bar where they can select the option “Send this page.” When that button is clicked, the link can be sent to any compatible device signed in using the same Microsoft account. 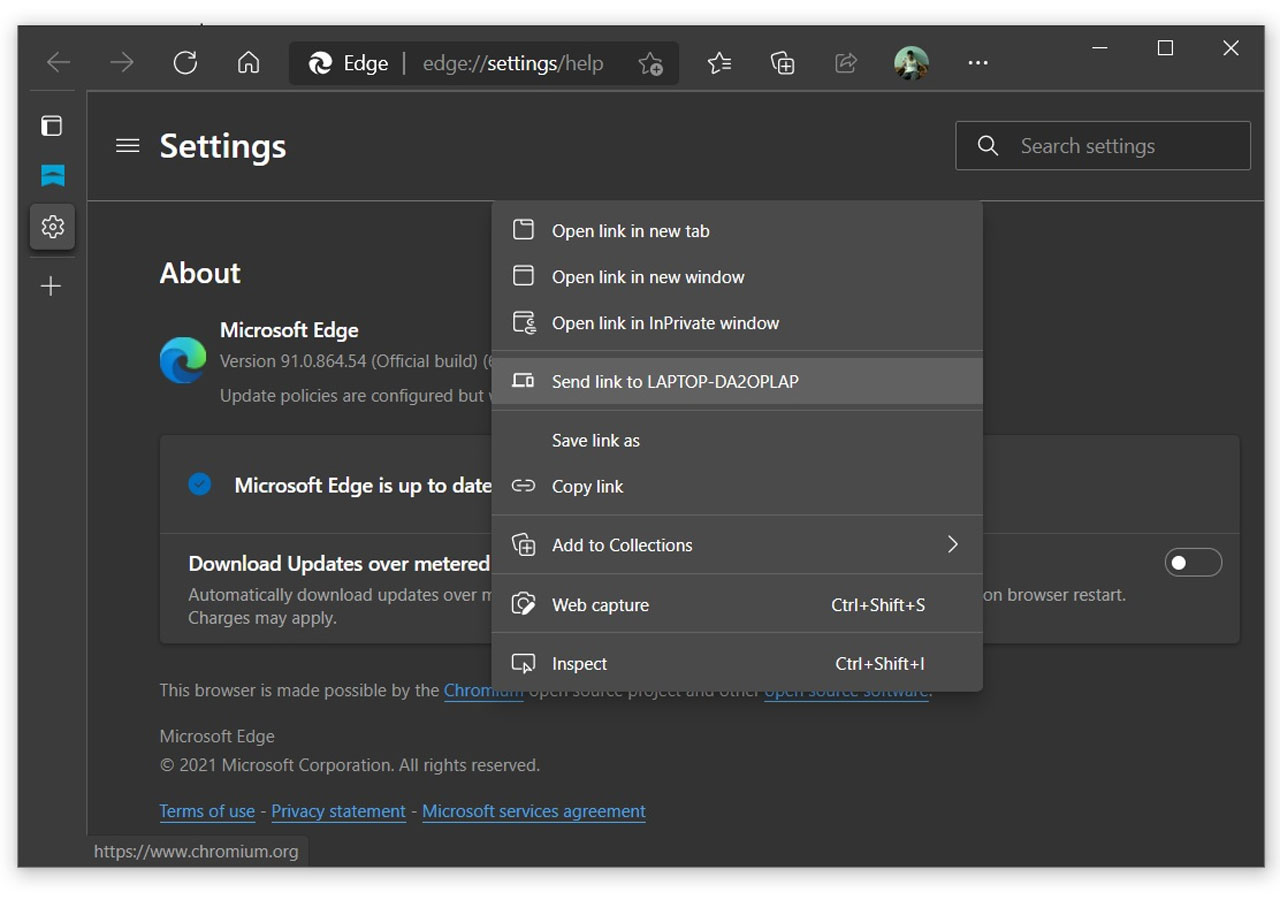 On the receiving end, devices get a push notifications from Edge featuring the name and URL of the webpage. Requirements for the feature to function include having Edge set up on multiple devices and signed in. If Edge isn’t used on multiple devices, the tab sharing feature won’t be available.

While Edge is only now getting the feature, it’s worth noting that other popular browsers, including Chrome and Firefox, have been able to share tabs for multiple years. This feature will be welcomed by users who routinely begin looking at something on their mobile and want to view the same thing on their computer without searching for the same content.