T-Mobile is launching its own streaming service, with T-Mobile TVision offering yet another alternative to cable TV subscriptions. The TVision HUB is the carrier’s new streaming adapter, plugging into the back of your TV to deliver a range of live and on-demand packages, depending on which you subscribe to.

There’ll be three of those streaming services out of the gate, some with different tiers of service. TVision LIVE will offer live access to news and sports. It’ll start at $40/month for TVision Live TV, which comes with over 30 channels. There are also over 10,000 on-demand programs. 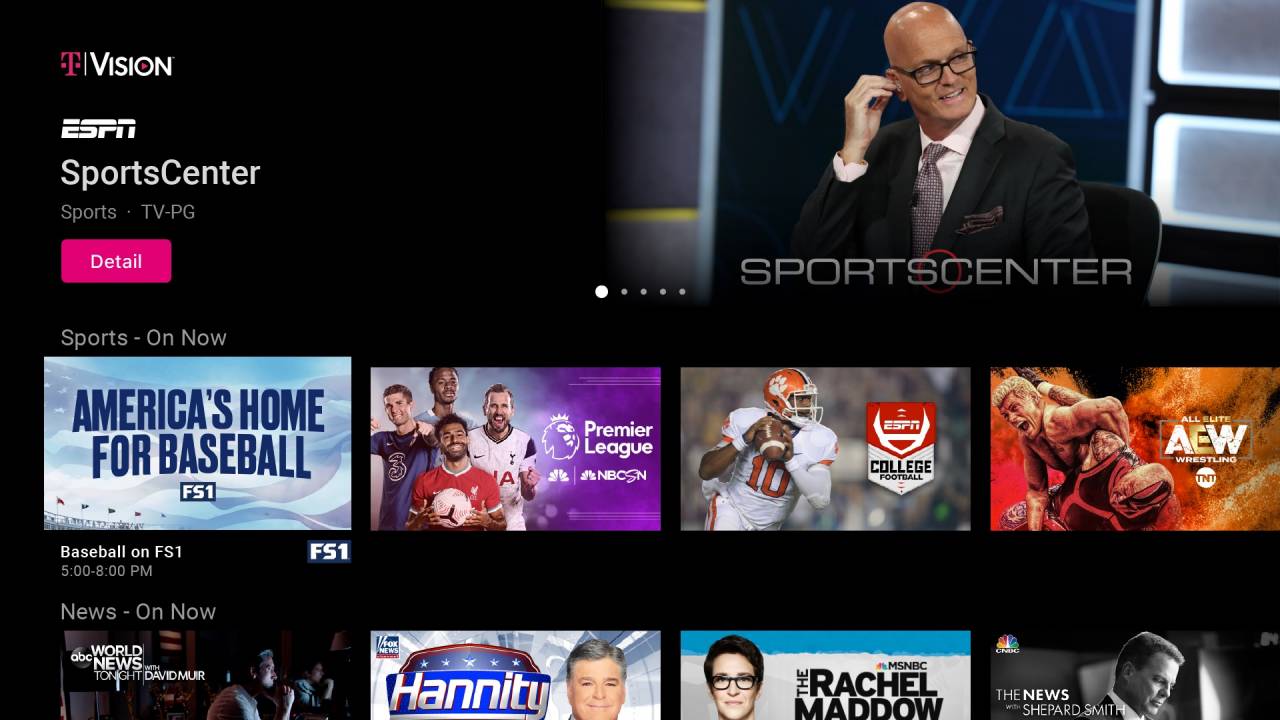 TVision Live TV+ adds 10+ more channels, for $50/month, while TVision Live Zone has 10 extra channels including pro sports networks for $60/month. Exactly which you’ll get will depend on where you live, mind. T-Mobile has a channel checker where you can punch in your ZIP and see what’s on offer in your area. Figure on things like ESPN, the NFL Network, CNN, MSNBC, Bravo, FX, TNT, National Geographic, Cartoon Network, Disney Channel, and more. 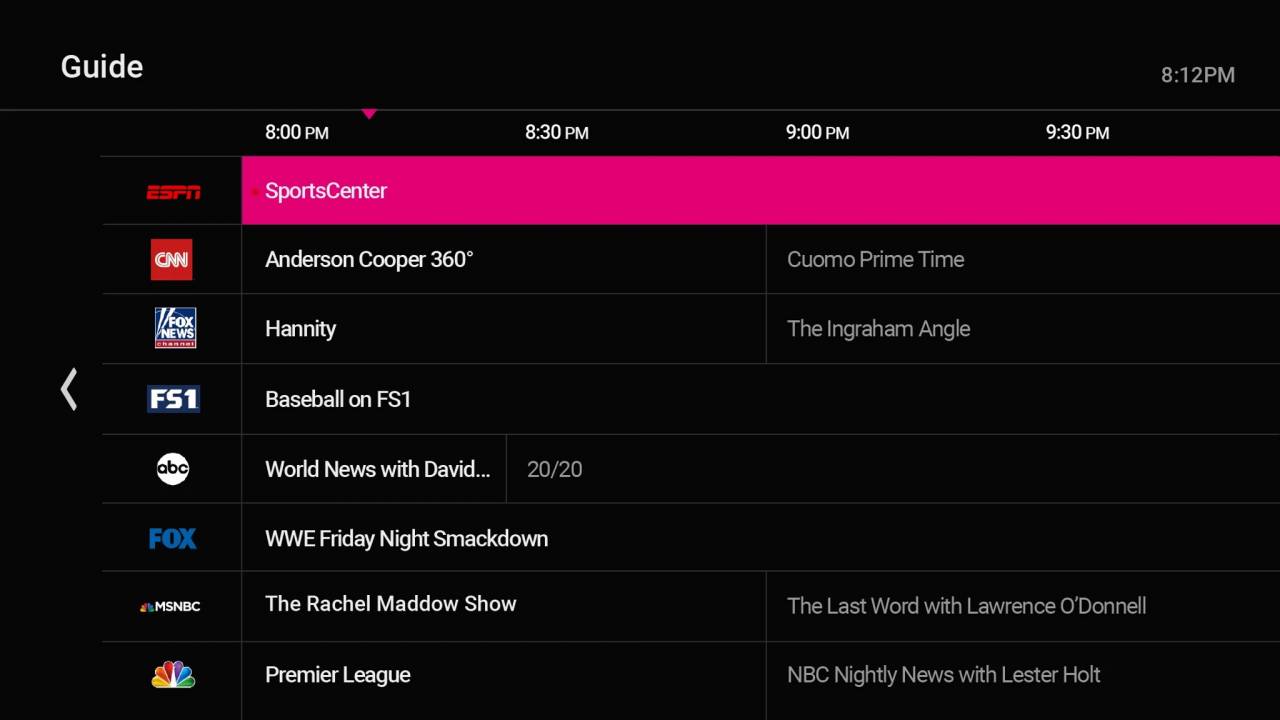 TVision VIBE, meanwhile, is $10 per month. It includes over 30 channels and “thousands” of on-demand programs, covering comedy, lifestyle, and drama. Finally, TVision CHANNELS is basically an a-la-carte version, for STARZ, SHOWTIME, and EPIX initially. STARZ will be $8.99 per month, SHOWTIME will be $10.99 per month, and EPIX will be $5.99 per month.

Would-be TVision users will have to also be T-Mobile or Sprint subscribers. There’ll be apps for iOS and Android, as well as Apple TV 4K and Apple TV HD, Amazon Fire TV, and any Android TV or Google TV box. Alternatively, there’s T-Mobile’s own TVision HUB, priced at $50.

It’s Android TV based, and will do all the usual things that an Android TV box – like Google’s own new Chromecast – can. There’s a full remote with shortcut buttons, Google Assistant voice control, and Bluetooth pairing for headphones and game controllers. 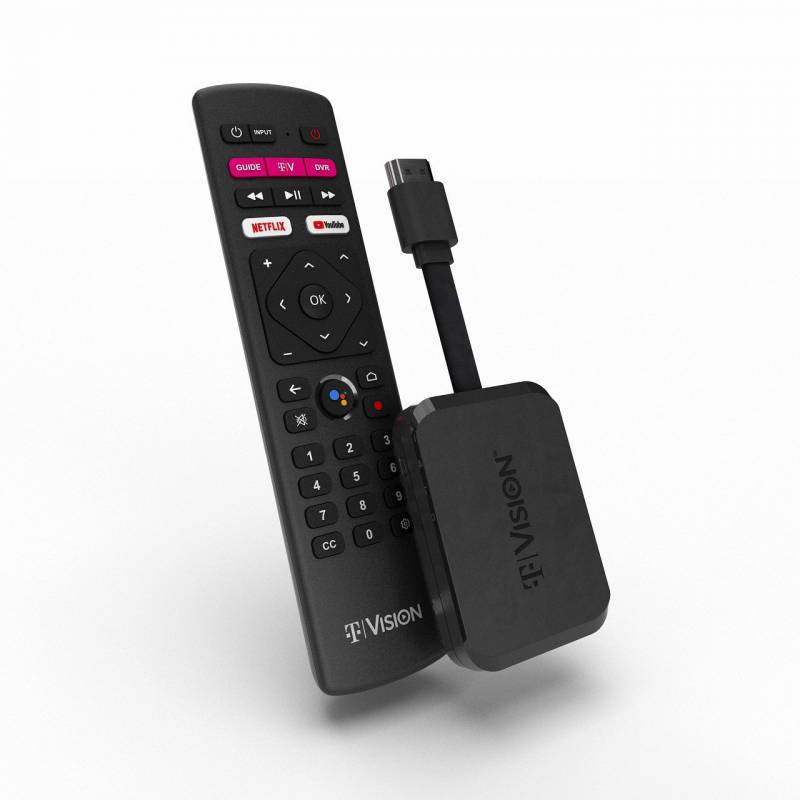 Sign-ups will be open in the US for T-Mobile postpaid customers from November 1, the carrier says. Legacy Sprint subscribers will get it from later in November, while prepaid customers can sign up sometime in 2021. Once it launches, anyone who signs up to TVision Live TV+ or Live Zone before the end of 2020 will get a year’s subscription to Apple TV+ too, and the option to buy an Apple TV 4K for $99.