T-Mobile is launching Team of Experts, aiming to oust bad customer service experiences and replace it with a dedicated team of people that are easier to contact. Announced at an event today, the news saw T-Mobile CEO John Legere fire his usual shots at his cellphone network rivals, blasting not only their retention numbers but their cavalier approach to customer service.

“This has literally been years in the making,” Callie Field, EVP of Customer Care at T-Mobile, said of Team of Experts. “It starts with the belief that real customer service begins with real people.”

The pain points are fairly straightforward – and should be pretty familiar with anybody who has had to contact customers services before. Rather than being bounced around between whichever customer service agent, in whichever facility, is available next, customers will get a team of 30-40 people that will serve them and their communities. 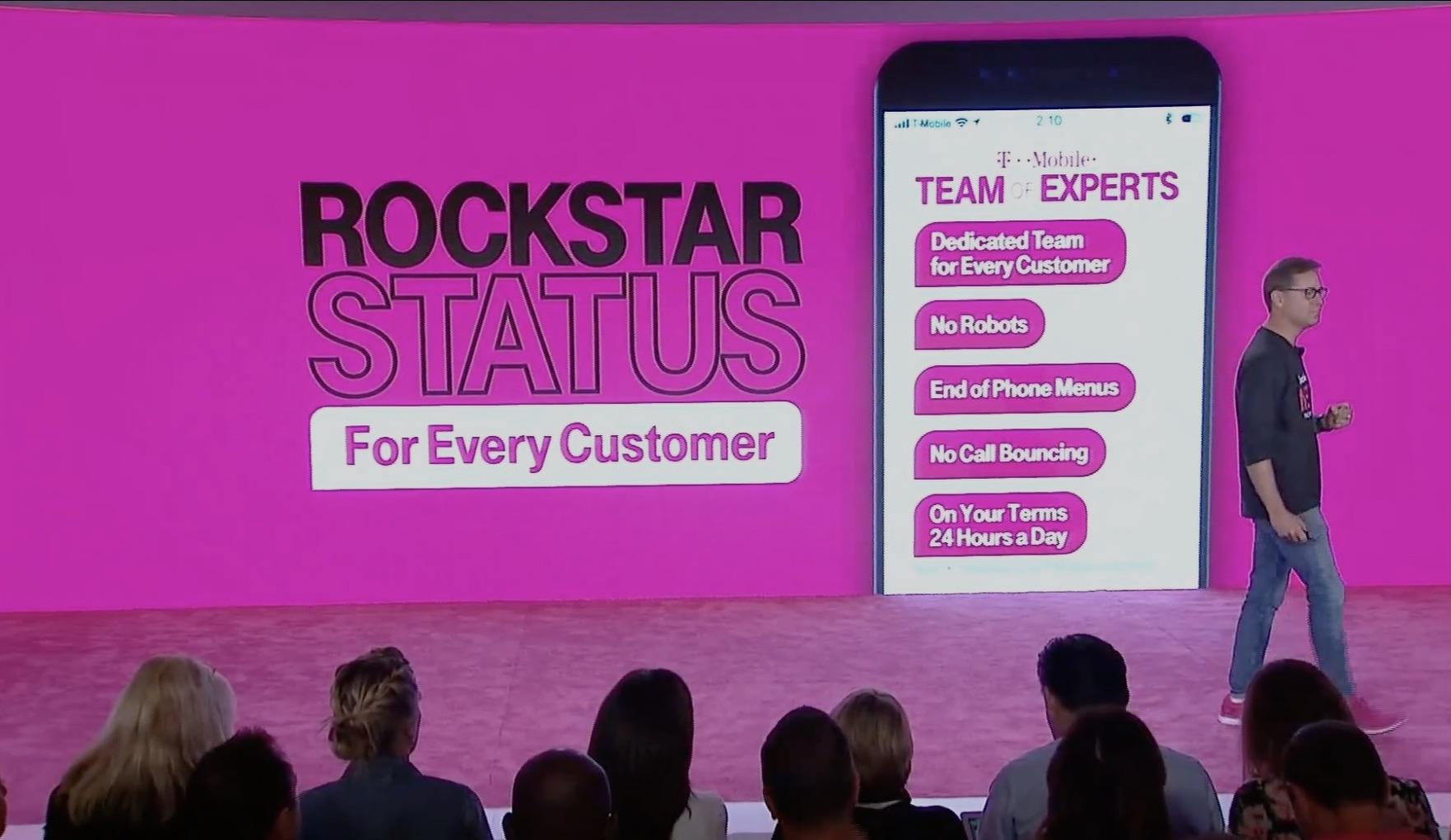 It means, T-Mobile says, no IVR, or Interactive Voice Response system: the robotic interface that forces you to press a button or say a number in order to navigate through a tree of options. Instead you’ll get through to a group of people who are co-located in the same space, or “pod” in T-Mobile parlance, which will allow them to work together on the same problem.

“You will have a team of experts that will own your experience right to the end,” Field says of the system. “If you call back the next day, it’s going to go right back to the next team.”

It means no more call bouncing, the carrier says. Indeed, you’ll be able to see who is on your team, with agent photos in the iOS and Android apps to show who you’re talking with. Customer service will be available 24 hours a day, too, and they’ll offer callbacks – with T-Mobile making repeated call attempts if they don’t get through the first time. 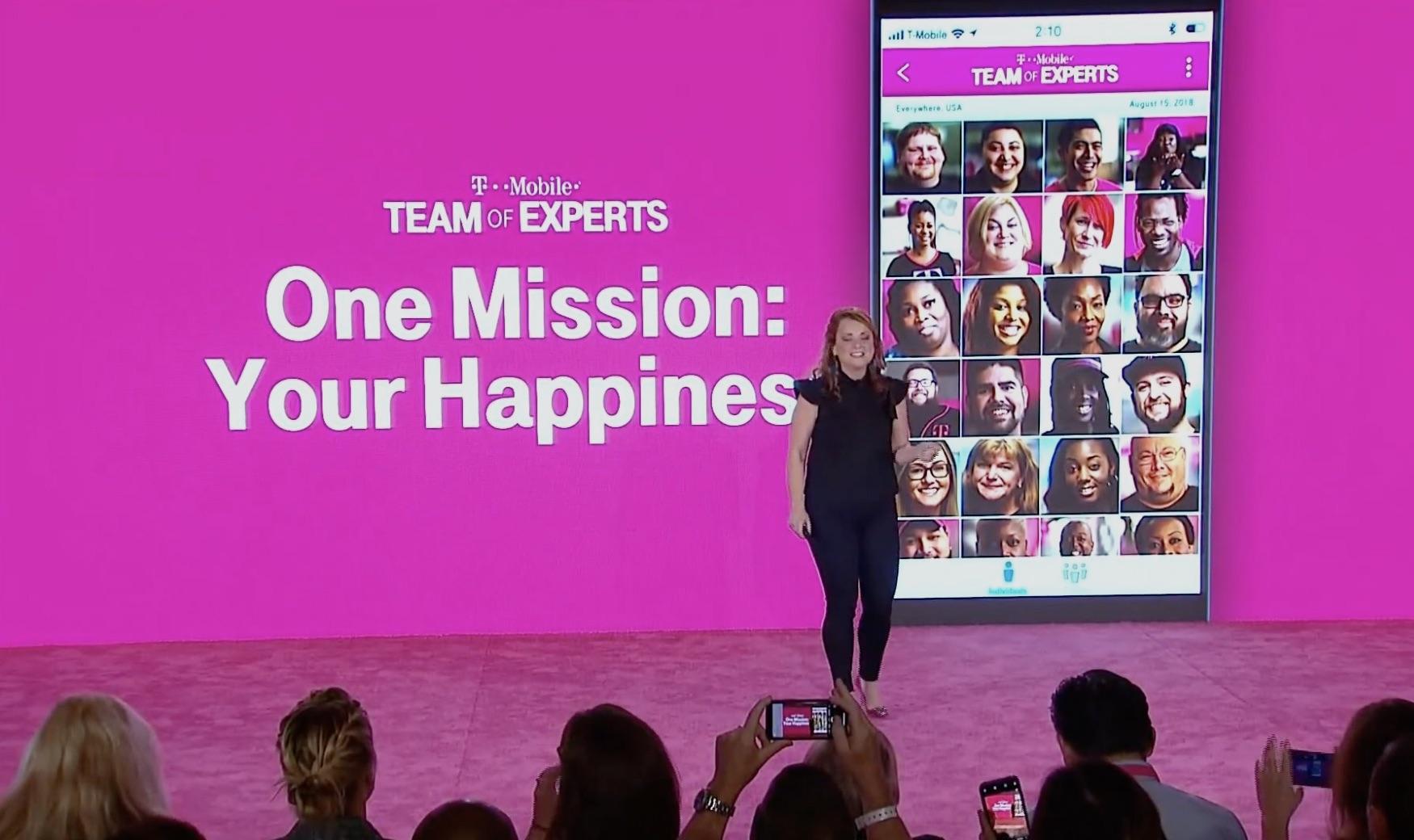 If you’d rather not call, there’s also going to be messaging support. Again, that will be with a real customer service person, not with a bot. Chat logs will be preserved, too, so that future contacts will be able to pick up the thread where it was left off. The default option when customers call will be to set a callback time.

“I’m not saying that we’re flawless, because we make mistakes. We’re human,” Field concedes. “But we think it’s about how you handle those mistakes that customers really care about.”

Although it might not be as headline-friendly as new call plans or bundled features, T-Mobile is convinced that customer service is just as big a deal. 90-percent of people asked “hate” IVR systems, the carrier argues, insisting that “where our competitors see numbers, we see people.”

Team of Experts live now for T-Mobile postpaid customers, and will roll out for business and public-sector customers too. You can contact them by dialing 611 from a T-Mobile phone, messaging though the T-Mobile app, or by using Apple Business Chat on iMessage.