T-Mobile Sprint merger is complete: Here’s what to expect next

The T-Mobile merger with Sprint is complete, leaving John Legere has a lot more free time on his hands and subscribers awaiting the promised huge increase in 5G coverage. It brings to an end a protracted period of regulatory attention, controversy among consumer rights advocates, and big boasts from T-Mobile itself.

Just whether the whole merger was in the public’s best-interests was the topic most discussed, with the risk that – one carrier down – the cellular market would lose a little of its motivation to offer deals. T-Mobile was quick to challenge that concern, promising new low-cost plans – some of which it actually launched early, amid the coronavirus crisis – to offset regulators’ fears.

Now, it’s time to see just how many of those promises pan out. T-Mobile says it now has, with Sprint’s spectrum to play with, 14 times more capacity in the next six years than it has alone today. It’ll be using that to roll out broader, faster 5G access. Customers, the “New” T-Mobile promises, will have average 5G speeds up to eight times faster than the LTE they get now in “just a few years.” 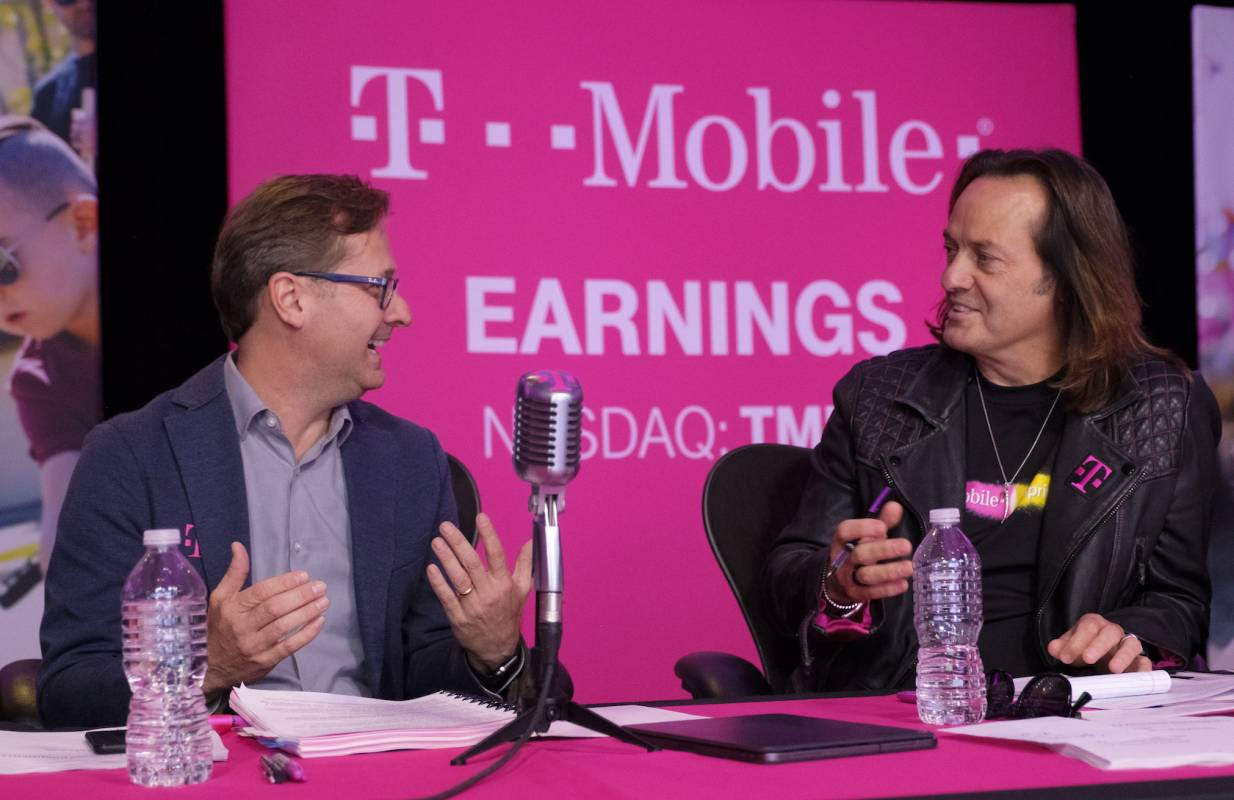 Unsurprisingly, that will be biased toward more urban areas, though part of the reason the merger finally got the green-light is T-Mobile’s commitment to serving more rural areas. It says it will eventually cover 90-percent of rural Americans, offering 5G speeds of 50 Mbps on average.

To do that, it’ll tap into low-, mid-, and high-spectrum bands. Currently T-Mobile’s broadest deployment is in the 600MHz spectrum, the low-band area; that offers speeds a little higher than LTE, but with the potential for rapid deployment. For the biggest data rate improvements, though, the carrier will need to look to the mid- and high-bands.

It’ll use that for both smartphones and in-home broadband options. That’ll mean 100+ Mbps speeds for wireless broadband across 90-percent of the US population, for example, in the next six years. For wireless plans, the carrier is promising “the same or better rate plans for three years” including 5G, prepaid, and Lifeline customers.

At the helm, though, will be a new – albeit familiar – face. John Legere, who has been an outspoken and atypical CEO at least partially responsible for T-Mobile’s turnaround over the past years, at least in visibility, will be replaced by former-COO Mike Sievert. That’s taking place ahead of time, with Legere originally planning to leave at the end of his current contact on April 30.