We’ve got the brand spanking new Nokia C7 on hand here at CTIA 2011 and it’s one sassy little looker! This phone will be exclusive to T-Mobile and will feature a big fat 8-megapixel camera on the back with dual-LED flash and 720p HD video capture, a 3.5-inch capacitive touch AMOLED display, free fully functional turn-by-turn navigation app, and full access to Nokia’s Ovi Store. Pre-loaded games include Fruit Ninja, Slacker Radio, and your usual run of classics. 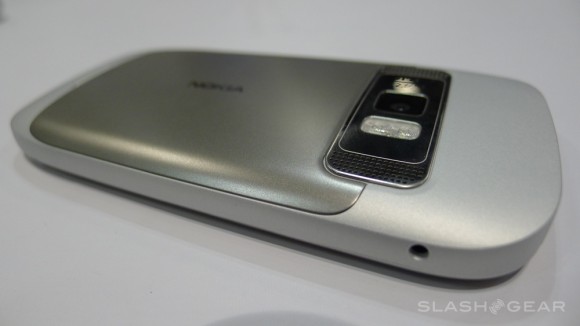 Now for the good stuff: how does this phone feel? Really nice! It’s got a hefty amount of metal, a stark set of aesthetics, an instantly classic design, heck – it’s basically perfect. But in the real world, how likely is it to get picked up by the consumer?

I’d wager VERY likely, believe it or not, as this provides those customers with an alternative to Android and, even though it’s not in the same store, the iPhone. This phone is simple, but powerful. This isn’t the type of phone you migrate across to, to me seeming more like a phone you evolve up to, but let’s not rule out defection from other platforms altogether. Symbian is still fun, even if it’s not exactly the most popular bit of phone guts on the market today. 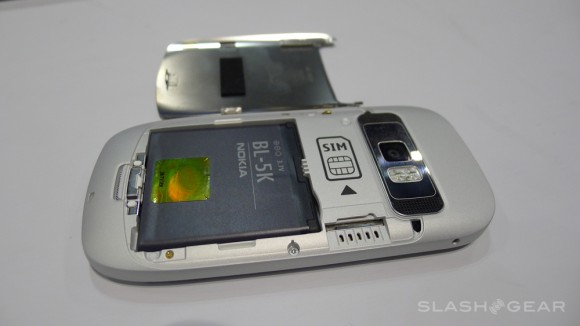 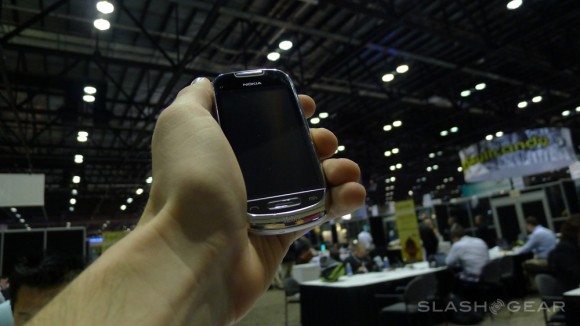 What you’re getting here is a dune buggy when your alternative is a largely more dense car dealership of tanks. This phone features a very intuitive system, Symbian^3, and it’s got enough under the hood to satisfy an average consumer looking for a phone that can do basic internet-dependent tasks. Oh, and as an afternoon, this phone has functioning NFC software – Near Field Communication for the future of funds transfer! Burn all the gold and dump it into the sea!