That’s right, there’ll soon be “T-MoBell” stores in an area near you. It’s not immediately clear whether people will ever literally see co-branded stores that have full services from either T-Mobile or Taco Bell, but for now, they’ll appear on the same sort of ticket: “Smartphones + Tacos” in time for the Super Bowl. Is it just me, or does this remind anyone else of Snakes on a Plane for some reason? It might also be The End Times are near – we’ll just have to wait and see!

The dates July 23, 24, and 25 will bring the T-MoBell action to “T-Mobile Signature Stores” in New York, Los Angeles, and Chicago. At those stores, T-Mobile/Taco Bell will serve several sorts of “free” … stuff. The following items were listed by T-Mobile as coming to these signature stores for free.

Straight from T-Mobile’s list:
• Tacos and a disruption-flavored T-MoBell Freeze created JUST for this launch
• Exclusive, co-branded merch
• Seriously spicy photo opps with the chance to snap a pic with surprise special guests at each T-MoBell location on opening day

Social networking action from T-Mobile and Taco Bell were announced to schedule a set of contest items for those same dates. Prizes included a “year of free tacos with Taco Bell” and a “$500 magenta prize pack” that includes mostly accessories for devices – like headphones, speakers, etcetera.

“When we launched free tacos every week on T-Mobile Tuesdays, TacoBell.com had its highest online order day ever and T-Mobile Tuesdays was number one in the App Store,” said T-Mobile USA CEO John Legere. “People love tacos. And they love their phones. T-MoBell is the ultimate fusion of those two loves.” 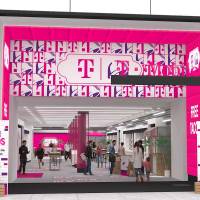 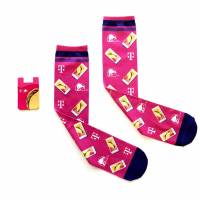 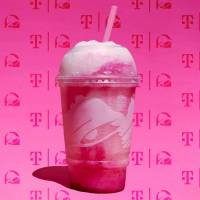 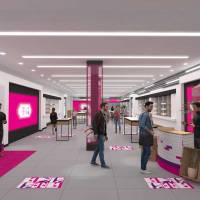 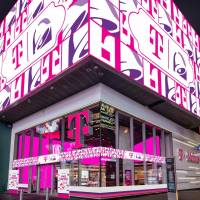 If this all seems to you to be like the real life equivalent of an over-the-top Super Bowl commercial, you’re probably mostly on the right track. It’s scheduled for only a few days, it includes a sort of magenta “Freeze beverage” at select locations, and etcetera. Have a peek at this video to see how HYPE it’s going to be.

For everyone thinking about heading to a T-Mobile store to party, remember this: Good service and pricing of products don’t appear only on days like these. These sorts of promotions are meant to hook on to your emotions and pull you in, and pop your wallet out of your purse or pocket. Don’t let them trick you into buying something you don’t need, and don’t let them make you think that wearing T-Mobile and/or Taco Bell SWAG is cool. You are not a billboard!