If you insist on your home speaker system being as eye-catching as it’s loud, good news: the Syng Cell Alpha has arrived, and what’s billed as “the world’s first Triphonic speaker” looks like little else in audio. Handiwork of former Apple designer Christopher Stringer – who worked on the HomePod, among other things – the startup’s first model aims to get an edge on spatial audio as surround sound music gains traction.

It’s not the first to try that, of course. Amazon’s Echo Studio supports spatial audio – which now comes bundled with Amazon Music Unlimited at no extra cost – while Sony’s SRS-RA5000 has support for the company’s 360 Reality Audio format. 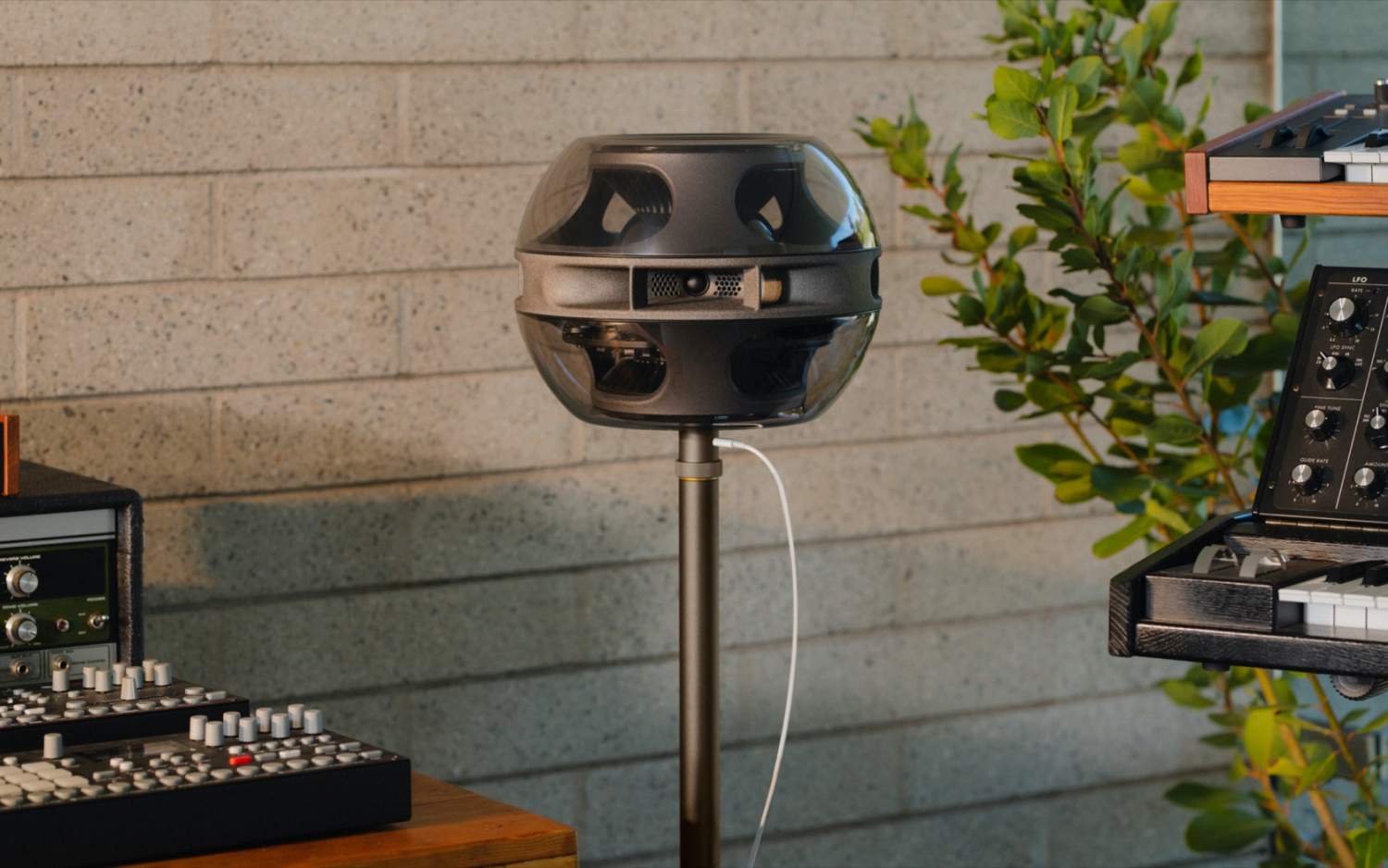 Syng‘s approach is more expensive than both. The $1,799 ball looks more like a 360-degree camera than a speaker, with either a tabletop stand or a floor stand option for $1,969. Inside there are two force-balanced subwoofers, plus a three horn “Triphone” which projects sound out around the room.

With it, Syng claims, it can fire audio “with pinpoint accuracy” in your space, even with just a single unit. The resulting Triphonic audio can be left in auto mode, apparently virtualizing any style of speaker array to model it according to the acoustic conditions of the room; three microphones figure out walls and other factors, as well as the location of other speakers. Alternatively, listeners can choose their own placement and localization of virtual speakers. 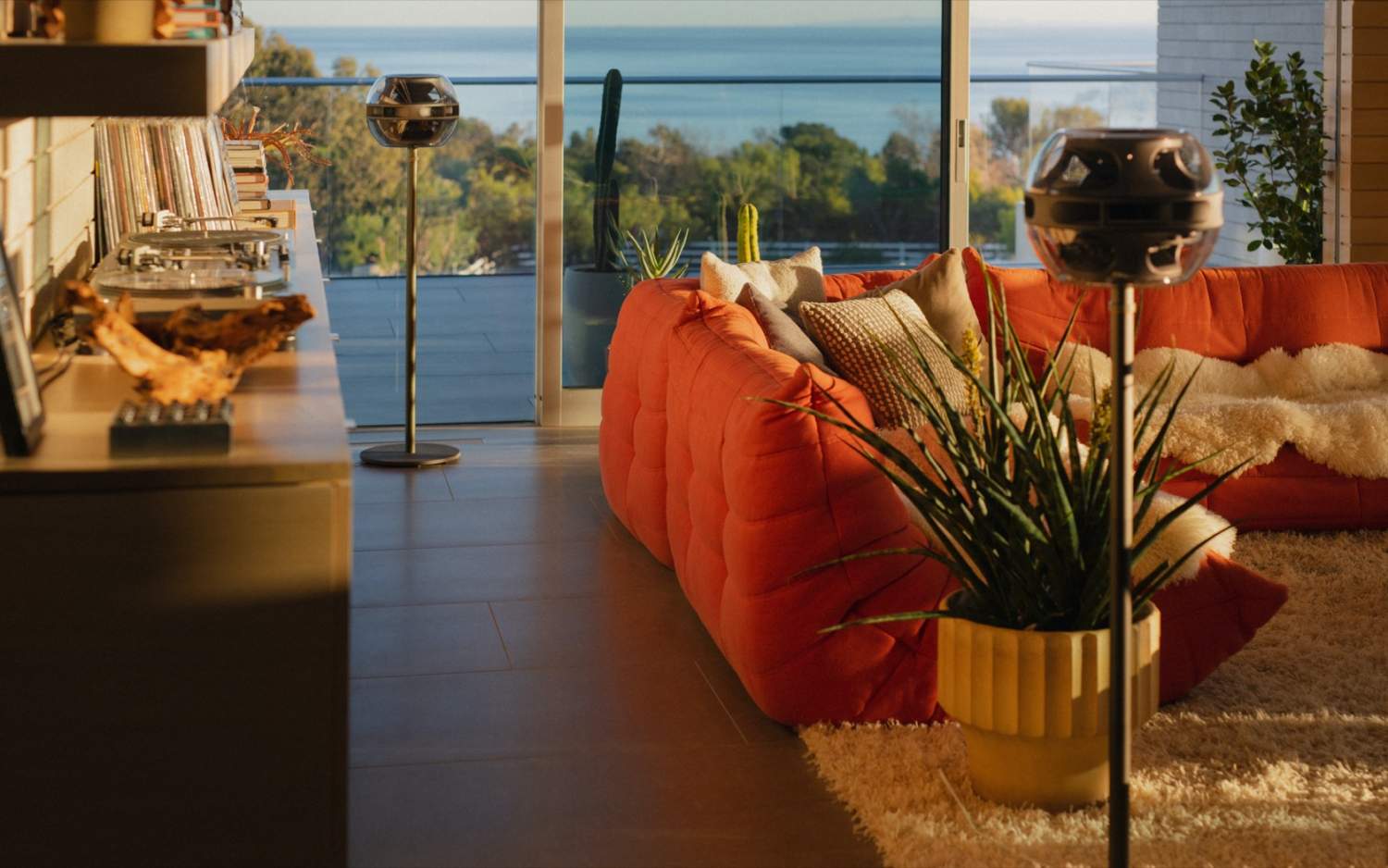 “One Cell can fill a room with an expansive full-range sound field for any kind of content,” Syng says. “Adding a second Cell makes your sound field larger and more powerful, and opens up new avenues of positioning and shaping. Three Cells create a completely immersive sound field.”

It’s controlled via the Syng Space app – available for iOS initially, with the Android version arriving later – which handles inputs and the positioning of the audio. For instance, you could drag the playback closer or further from each Cell Alpha, depending on where you’re sitting. Over the summer, Syng says, there’ll be support for multi-room playback if you have Cell Alpha speakers in different spaces. 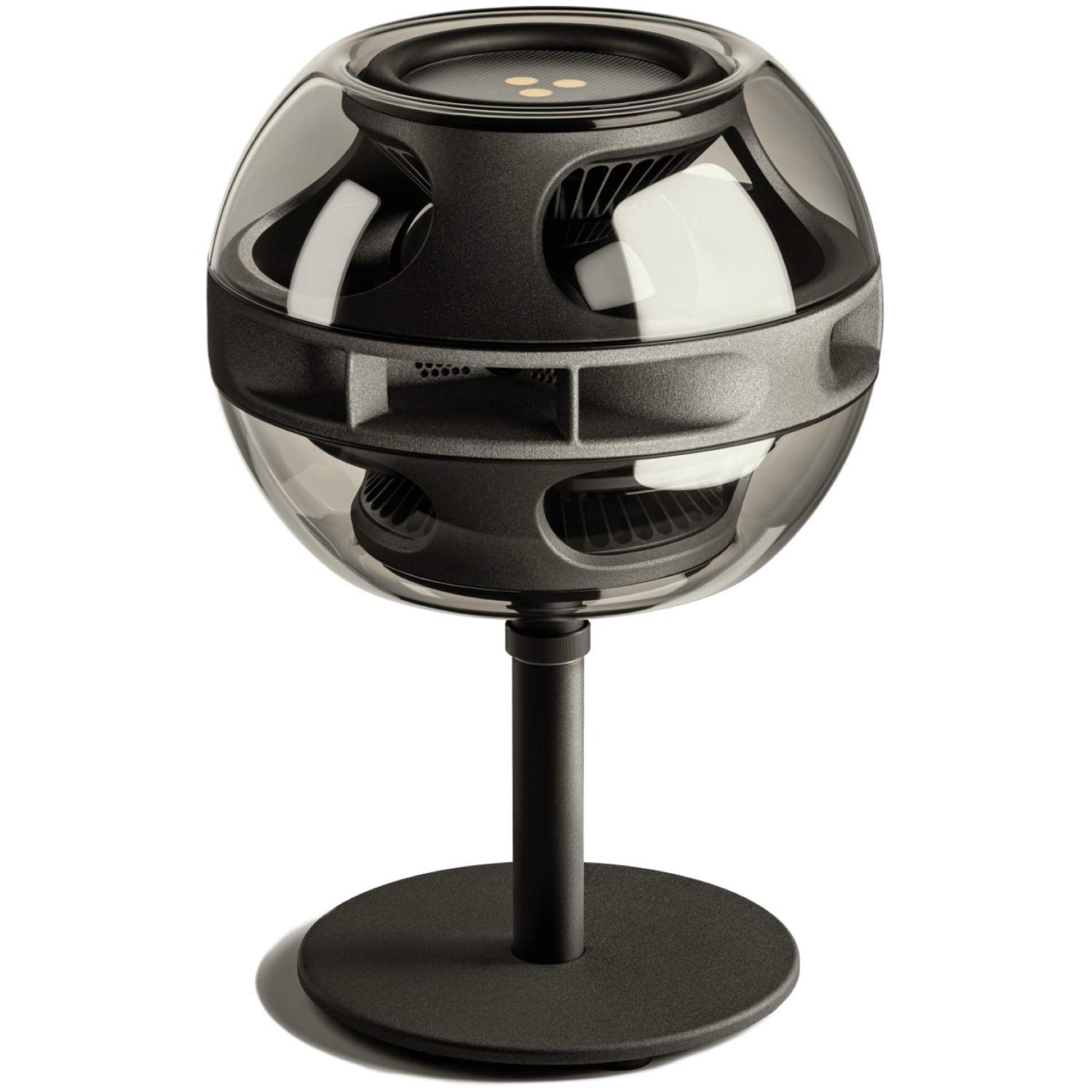 For input, there’s Apple AirPlay 2 and Spotify Connect support for wireless, over WiFi, plus two USB-C ports that will work with wired inputs. An upcoming $49 Syng Link cable will add eARC support for compatible TVs. As well as the app, there’s a control ring on the speaker itself that handles the basics like play/pause and volume adjustment.

What this isn’t, though, is another 360 Reality Audio or Dolby Atmos audio speaker. Instead, Syng has come up with yet another spatial audio format – which it describes as an “object-based sonic architecture” – which it’s hoping will catch on with producers, artists, and other music creators. Whether that will actually happen will help decide whether the $1.8k speaker is the next big thing in home audio, or just another expensive curio. It’ll ship this summer.