This week the folks at Swann have let loose information about three completely different remote controlled helicopters, each one more impressive and strange than the last. The first is the Sky Eye, which as its name suggests, has the ability to record flights with video or still photos to its built-in 512MB memory. Next there’s the i-Fly Micro Lightening which can be controlled from your iPhone with a free app provided by Swann. Then there’s the Black Swann which, like the Sky Eye, is able to record media, but here you’ve got a “stealth” helicopter instead of a “military.”

What would you do with a helicopter about the size of your fist that can fly around (not entirely silently, mind you) and collect video and/or photos? Would you snoop around the neighborhood? I sure as heck know what we’d be doing: collecting evidence that the dog is, indeed, stealing the cat’s food each morning. For sure! With the Black Swann we’ll be doing such a thing, it having the clear advantage of “stealth” over “military.” Mostly in looks, if you’re wondering. 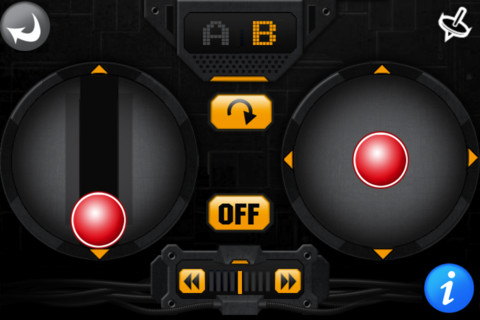 Then there’s the i-Fly Micro Lightening – this is a trend in remote controlled devices, and a pretty neat one if I do say so myself. One where they provide an infra-red connector to your mobile devices (iPhone in this case) and an app that allows you to use your favorite device as a controller. It’s good fun for everyone. Check out all of these devices out at Fry’s BrandSmart, and other fine retailers soon! 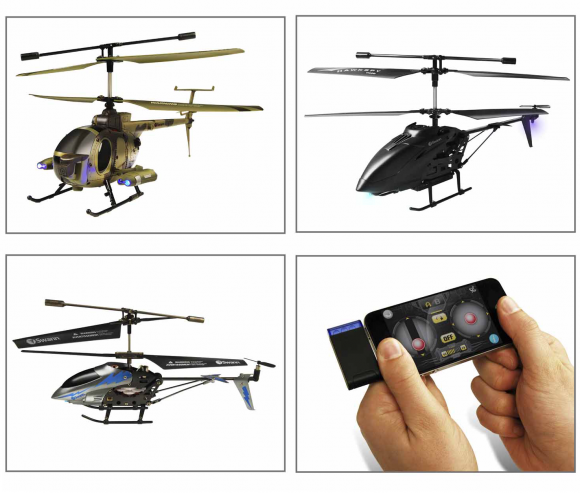