For the first time in the last SIX YEARS, PC shipment numbers grew worldwide. This is according to analysts at Gartner, who suggest that this year-over-year growth in global PC shipments is a temporary situation. This is all apparently due to the business world replacing all their old PCs with new Windows 10 PCs in a global trend. This trend will apparently fall off within the next couple of year.

“In the business segment, PC momentum will weaken in two years when the replacement peak for Windows 10 passes,” said Mikako Kitagawa, principal analyst at Gartner. “PC vendors should look for ways to maintain growth in the business market as the Windows 10 upgrade cycle tails off.” So, you know, PC vendors, find a way to make money – or else you won’t make money. Just in case you weren’t already preparing ways to make money.

REMEMBER THIS: PC Sales to decline in 2012 for the first time in 11 years!

This quarter’s estimates put it as the first quarter of year-over-year global PC shipment growth in a long, long while. The most recent quarter of growth before this one was all the way back in Q1 of 2012. In tech hardware terms, that’s an eternity.

“PC shipment growth in the second quarter of 2018 was driven by demand in the business market, which was offset by declining shipments in the consumer segment,” said Kitagawa. “Consumers are using their smartphones for even more daily tasks, such as checking social media, calendaring, banking and shopping, which is reducing the need for a consumer PC.” 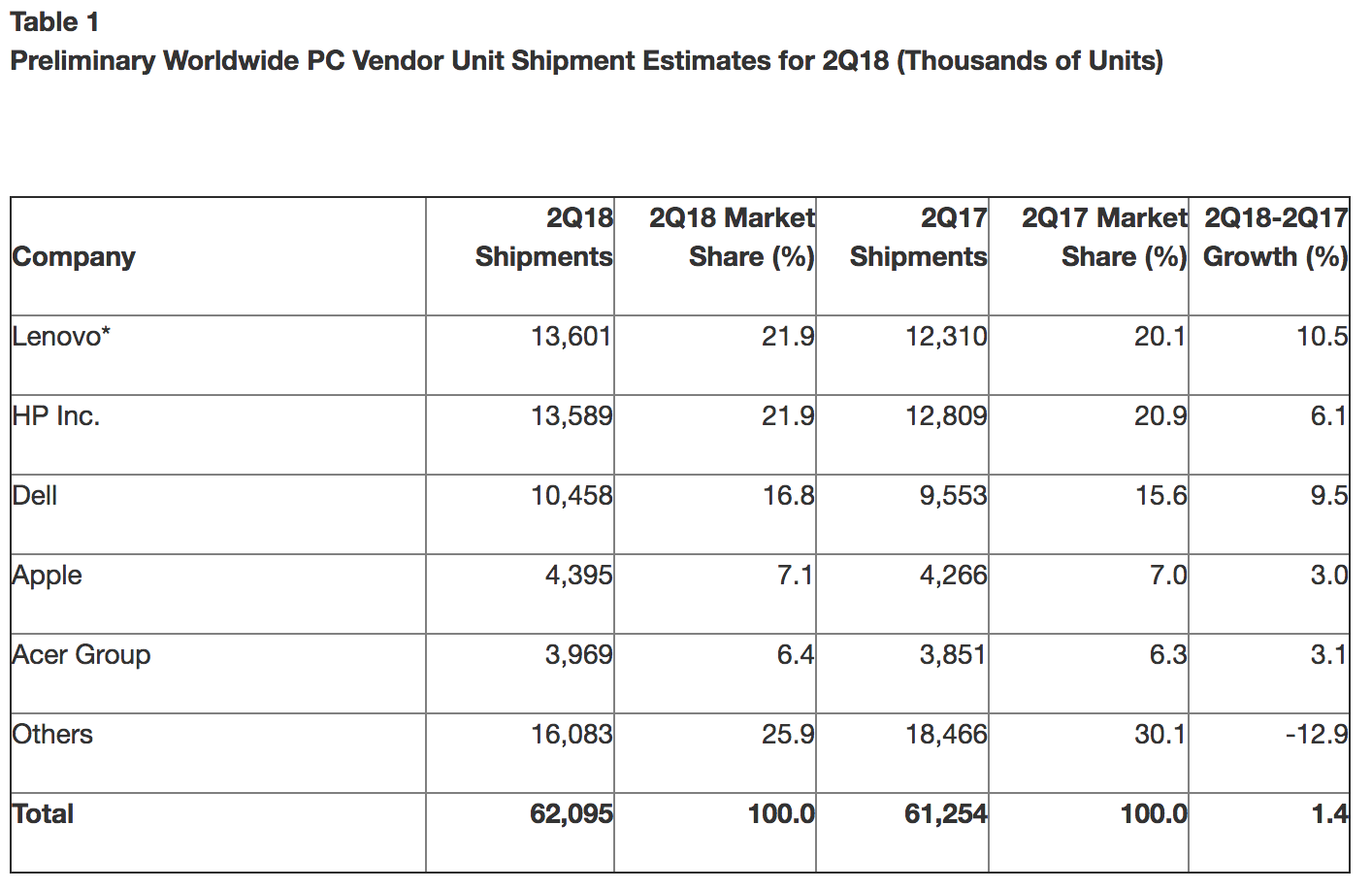 The first chart you’ll see – above – shows Worldwide numbers, while below you’ll find a US-based chart. Of note for both charts is the fact that Gartner counts desk-based PCs, notebook PCs, and Ultramobile Premium PCs like Microsoft Surface. This list does NOT include Chromebooks or the Apple iPad. 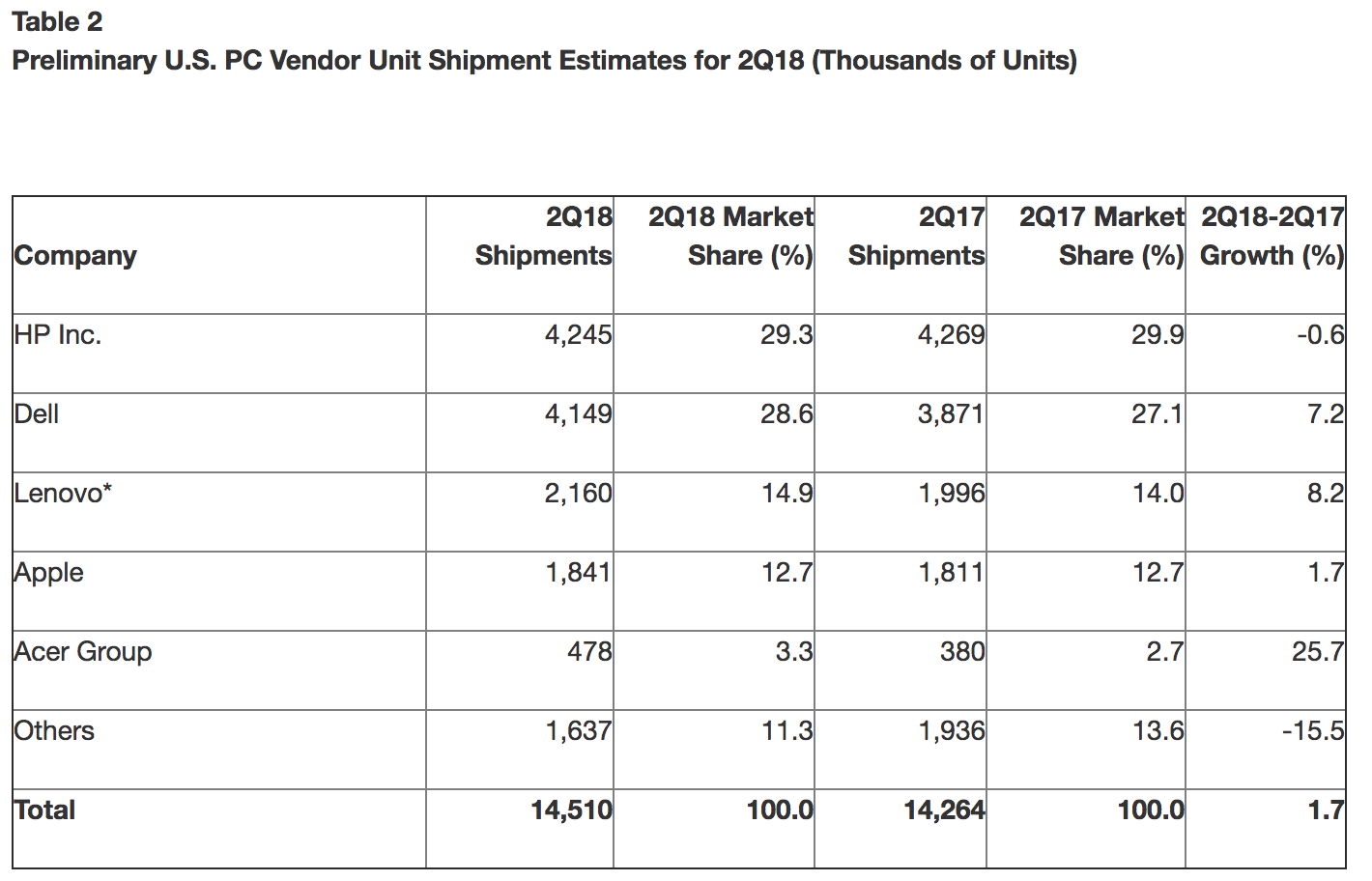 I suppose we could have seen it coming. I sort of half expected there to be no end to new technologies appearing in mobile devices and desktop computers, driving growth forevermore – but that didn’t happen. In the time since I started writing about smartphones – not long after the first iPhone was revealed – we’ve gone from a PC-for-everyone world to a “do we really need a laptop?” world to a “I don’t own a PC, I just keep buying whatever the newest smartphone is” sort of world.

If only we could move into a place where a new sort of device could shake up the market. Something that could bring about the benefits of the tech we’ve got already, without the drawbacks of mobile phones (like complete and utter life-sucking addiction). It is only through the clunky size of the PC that we can get back to a place of balance! But that won’t happen – technology isn’t cyclical, Liz!