Microsoft’s new Surface Pro 3 kicks off at $799, the company has confirmed, with preorders kicking off tomorrow. The entry level model has a Core i3 processor, 64GB of storage, and 4GB of memory; however, there’ll also be Core i5 and Core i7 versions. You can find full pricing – as well as for the new accessories – after the cut.

Finally, there’s the Core i7 model. That too will come in two versions, starting at $1,549 for the 256GB version with 8GB of memory. Microsoft will charge a hefty $1,949 for the top-end Surface Pro 3, which has 512GB of solid-state storage and 8GB of memory. 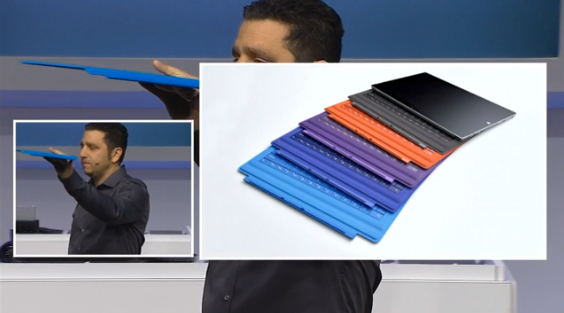 As for accessories, the Surface Pro Type Cover will be $129.99, while the Docking Station will be $199.99. The dock also supports 4K video output, though you’ll obviously need to supply your own Ultra HD display.

The Surface Pro 2 will begin shipping in the US on June 20th. Outside of the US, it’ll begin to ship from the end of August.