Surface Neo revealed today, over a year before release

Today with the Surface Neo, Microsoft revealed a product that they suggested will be available “next holiday” – as in 2020. That’s more than a year away – for the product they’ve revealed today. It’s not a completely finished product – it’s still in development. In fact part of the reason Microsoft revealed this product today is to bring developers “along for the journey” – aka make certain they’ve got apps ready before the device is ready to launch.

This is the product that we’ve been seeing in leaks for a long, long time – with two displays. It’s got a power button, a volume rocker, and a magnetically-attached keyboard. The two displays are connected by a hinge, but the keyboard is separate. The keyboard works wirelessly, allowing the device to adapt in a wide variety of ways.

Have a peek at the images of the machine above in the gallery – and see how close it is to reality. The back sides are glossy – with Gorilla Glass. It’s the “thinnest LCD ever created”, so says Microsoft. It’s 655 grams (for now) and it’s extremely thin and light – yet robust at the same time. 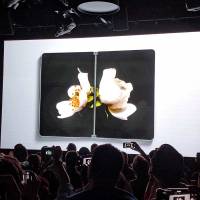 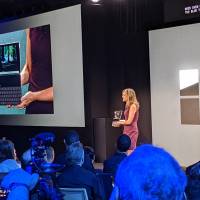 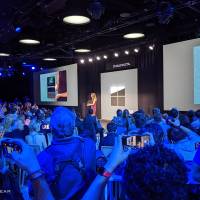 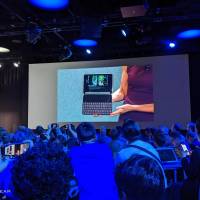 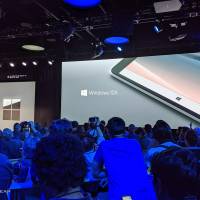 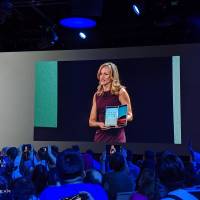 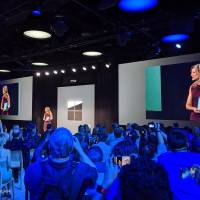 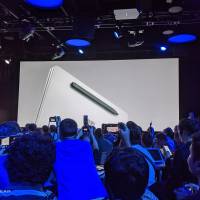 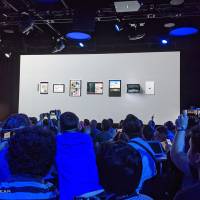 This device will be launched with Windows 10X. This is a software system that was made specifically for this sort of form factor first – it’ll likely expand well beyond what we see here before this device’s release.

No word yet on the price of this machine – but don’t expect it to be cheap. This isn’t the sort of device Microsoft offers for a price similar to the rest of its Surface line. But we will see!