There are many versatile Windows laptops that boast great performance, extreme power and decent battery backup. Joining the ranks is the new Surface Laptop 4, the latest entrant from the house of Microsoft that touts a massive upgrade in battery and performance from its predecessors. This Surface rendition is very nicely priced and is billed as a competitor to the M1 chip-powered 13-inch MacBook Pro.

Of course, the two portable machines are from different spectrum when it comes to their operating systems, and are arguably incomparable. Nonetheless, it is fitting to put the 13-inch options of the two face to face to see whether the new Surface laptops are actually good enough to compete with the MacBook Pro M1. The Apple device is a complete package and is very tough to beat because of its reasonable price tag, amazing performance and astounding battery life. Let’s jump down to see how each of these machines fare on certain criteria.

The looks and feel 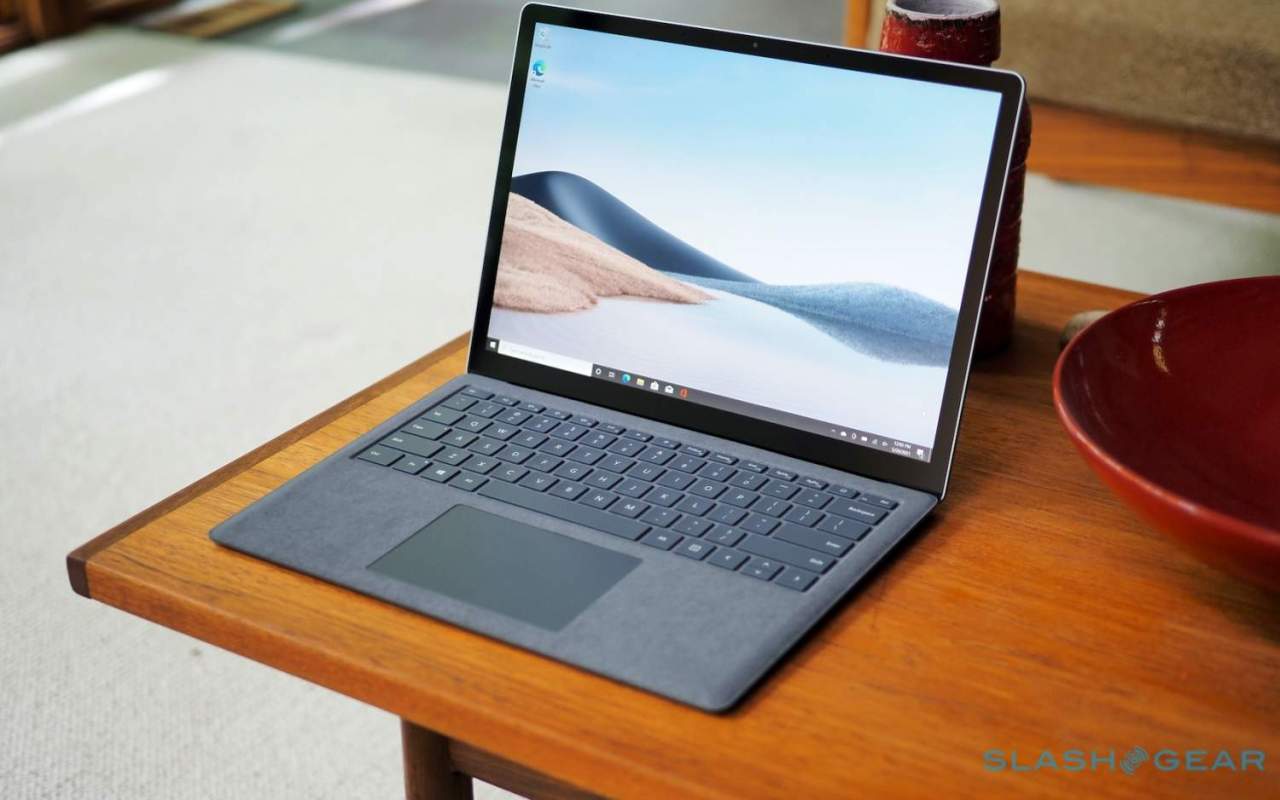 The new range of Surface laptops is spread out in two tiers based on their processors. The laptops come in 13.5-inch and 15-inch options and are powered by either AMD or Intel core processors. The Apple MacBook Pro with M1 on the other hand is available in solitary 13.3-inch configuration with 2560 x 1600 Retina display. Surface Laptop 4 has 2256 x 1504 PixelSense display, which is a great IPS panel with bright color and contrast. It’s a touchscreen display that also supports Surface Pen. The M1 MacBook Pro display though lacks a touchscreen.

The body and construction on the outside are pretty identically for both the laptops, right from the metal body to center-aligned logos on the lid. The Surface laptops however make it lucrative with choice of colors and Alcantara fabric on the inside. The new ice blue color is very enticing but it comes only with the Intel powered Surface Laptop 4, which is a few hundred bucks costlier than the baseline AMD-powered Surface Laptop 4.

While both have bright and colorful displays, the MacBook Pro slightly tips the scale in its favor with 227ppi resolution as opposed to 201ppi on the Surface laptop. The Apple laptop has a nicely poised full-sized Magic Keyboard, which is finer than the flimsier keyboard on the new Surface, but the trackpads on both are sizable and offer supple control.

MacBook Pro M1 features Touch ID built into the power button and has 720p FaceTime HD camera right above the screen for video calling. Surface Laptop 4 includes an option for facial recognition to unlock the device. It has a visibly thick bezel, which could be a downside considering Windows laptops are now becoming near bezel-less, but at par 720p HD webcam here makes up with its video calling and conferencing clarity.

MacBook Pro M1 is miserly when it comes to port options. It comes with a pair of Thunderbolt 3 (that work as USB 4 Type-C ports) on one side and a 3.5mm headphone jack on the other. The Surface Laptop 4 has Microsoft’s magnetically attached Surface Connect for power and one each of USB 3.1 Type-C and USB 3.1 Type-A ports. The 15-inch Surface includes an SD card slot, but it’s not an option in the 13.5-inch model, which does have a 3.5mm headphone jack, also present in the bigger version.

After understanding how the two laptops look and feel, let’s now dive straight into the power and performance of each of them. In that accord, Apple M1 MacBook Pro has been eating up most of it competition with brute power and unmatchable performance of the M1 chip. Does the Surface Laptop 4 stand a chance? Microsoft has tried to create some meaning with the option of two chipsets.

The ARM-based M1 chipset packs an eight-core CPU and eight-core GPU. The MacBook Pro powered by the processor is one of the three primary devices that come with M1 under the hood and it includes a MacBook Air with seven-core graphics. The Surface Laptop 4, as said comes with either AMD or Intel CPU, which is one of the biggest differences between the new Surface and its predecessor.

The entry-level AMD CPU is the slightly older Ryzen 5 4680U processor on the 13.5-inch model and it’s paired with AMD Radeon graphics. The Intel-powered 13.5-inch Surface Laptop 4 features Core i5 1135G7 processor, which subjectively provides enhanced performance in comparison to the previous Surface laptop, but it is realistically sub-par in comparison to M1 chips.

Paired with its powerful chipsets, the MacBook Pro M1 and even the new Surface laptop come with 8 GB or 16 GB of RAM. The MacBook Pro has 256GB onboard storage option that extends up to 2TB, while the Surface Laptop 4 scales up from base level of 256GB to 1TB in the 13.5-inch model with Intel inside. Both the laptops have Wi-Fi 6 and Bluetooth 5 for connectivity. 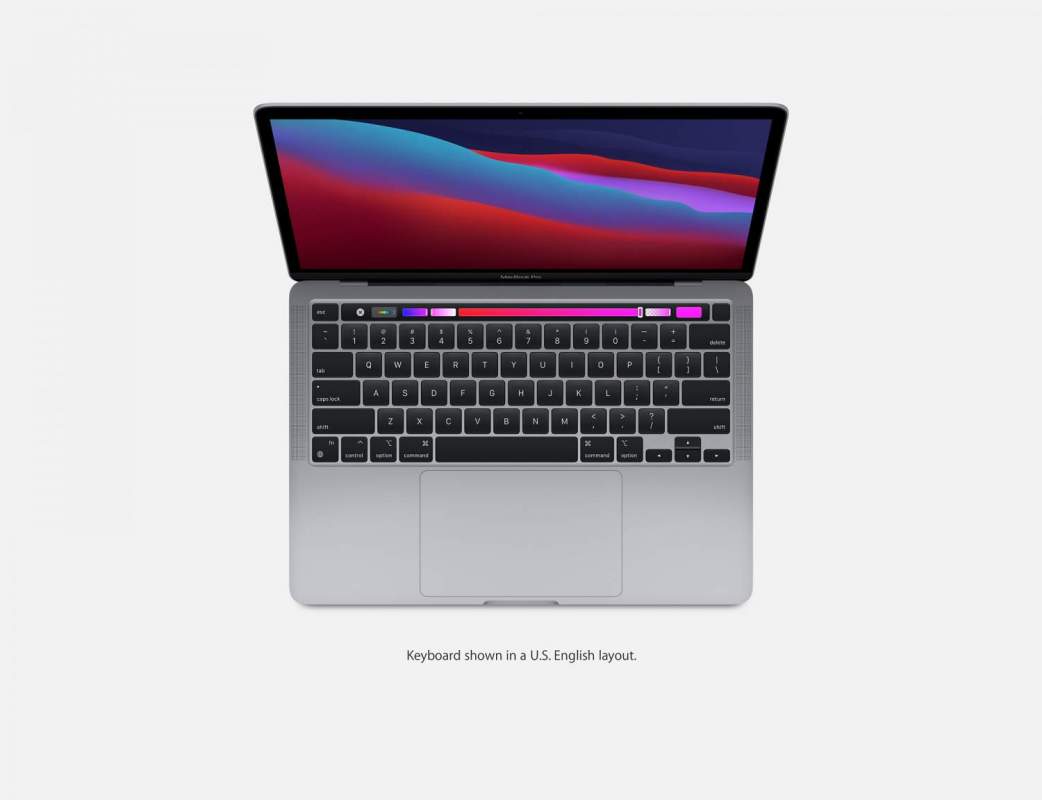 Astounding battery life is a major advantage of the MacBook Pro M1. It is listed with 17 hours of backup and in various tests, including our own finding, it delivers about 13 hours of backup, which is exceptional for a laptop 13-inches odd in size. It’s generally not fair to go by the company estimated claims, and this is made evident yet again.

However, the same story continues with the Microsoft Surface Laptop 4 as well. Microsoft claims about 17 hours of backup on the Intel-powered 13.5-inch model – AMD option beefs this up to 19 hours – the reality however is not what the official numbers suggest. On different accounts, the 13.5-inch Surface Laptop 4 has been seen to deliver around 11 hours of backup at about 50-percent brightness. This may not sound way too exceptional but it really counts for a definite improvement from the 7 odd hour backup of the last year’s Surface model.

AMD-powered Microsoft Surface Laptop 4 and Apple MacBook Air M1 start out at the same $999 price for 8 gigabytes of memory and 256GB SSD. The MacBook Pro M1 on the other hand starts at $1,299. You get an Intel-powered 13.5-inch Surface Laptop 4 for the price of a MacBook Pro here with the difference in onboard storage. For $1,299 you get 512GB SSD, which is – also true to the AMD model – removable for easy repairability (not an option in the MacBook Pro).