Most affordable in the Surface range, the new Surface Go 3 gives Microsoft its budget option – and its Windows 11 play for the classroom. Aiming to take on the iPad, the new tablet starts at $399.99, but still supports features like an optional stylus and integrated LTE.

The display is a 10.5-inch PixelSense touchscreen, running at 1920 x 1280 resolution with a 3:2 aspect ratio. It’s protected by Gorilla Glass 3 and supports 10-point multi-touch. 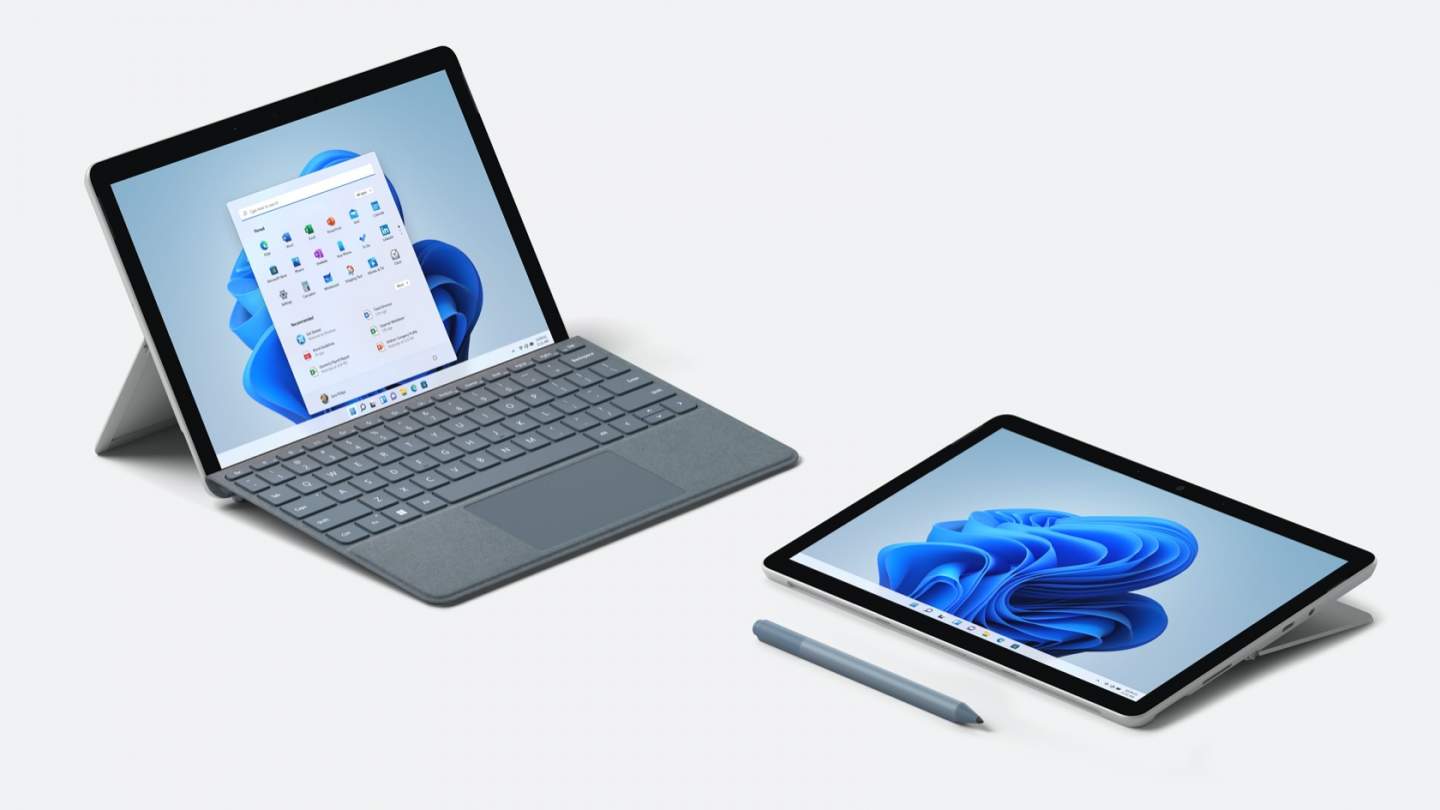 Inside, there’s a choice of two processors. The entry-level Surface Go 3 gets a dual-core Intel Pentium Gold 6500Y, while the more potent option is a quad-core 10th Gen Intel Core i3-10100Y. That’s a moderate step up from the Core m3 8100Y that Microsoft used in the Surface Go 2 last year.

Graphics are courtesy of Intel UHD Graphics 615, and there’s either 4GB or 8GB of RAM. Storage is either 64GB of eMMC or 128GB of SSD for the consumer models, with a 256GB SSD offered in commercial channels. 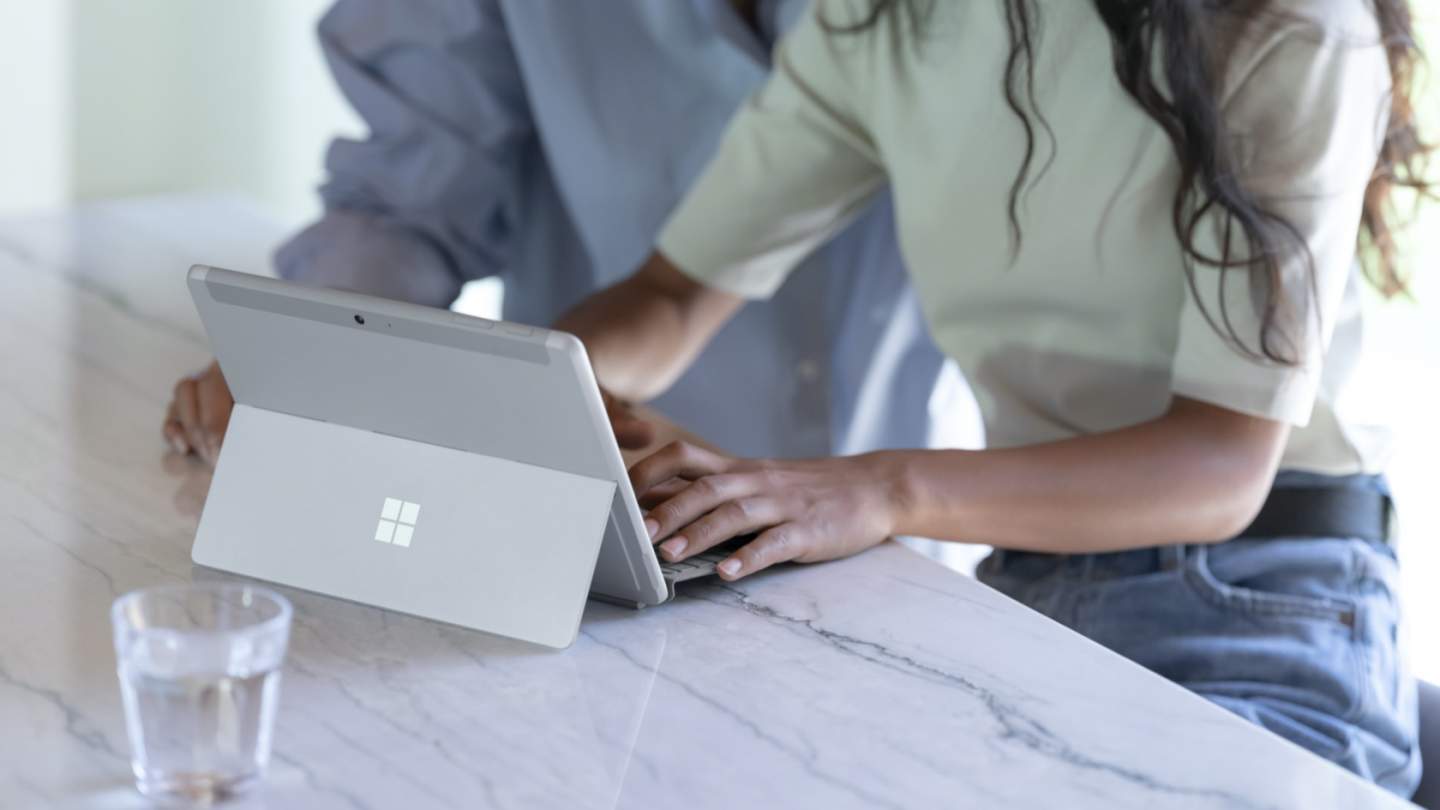 The whole thing is wrapped up in a 0.33-inch thick magnesium body, with a full-friction kickstand that supports up to 165-degrees of adjustment. The WiFi-only model starts at 1.2 pounds – not including the optional Type Cover – while the LTE Advanced configuration is from 1.22 pounds.

Both get WiFi 6 and Bluetooth 5.0; the LTE model uses Qualcomm’s Snapdragon X16 LTE modem, with both a nanoSIM slot and eSIM support. It’s capable of up to 600 Mbps downloads, network-depending.

Above the display is a 5-megapixel webcam supporting 1080p video and Windows Hello. There’s an 8-megapixel autofocus camera on the back, with 1080p video support too. Dual far-field Studio Mics and 2W stereo speakers with Dolby Audio round out the media features. 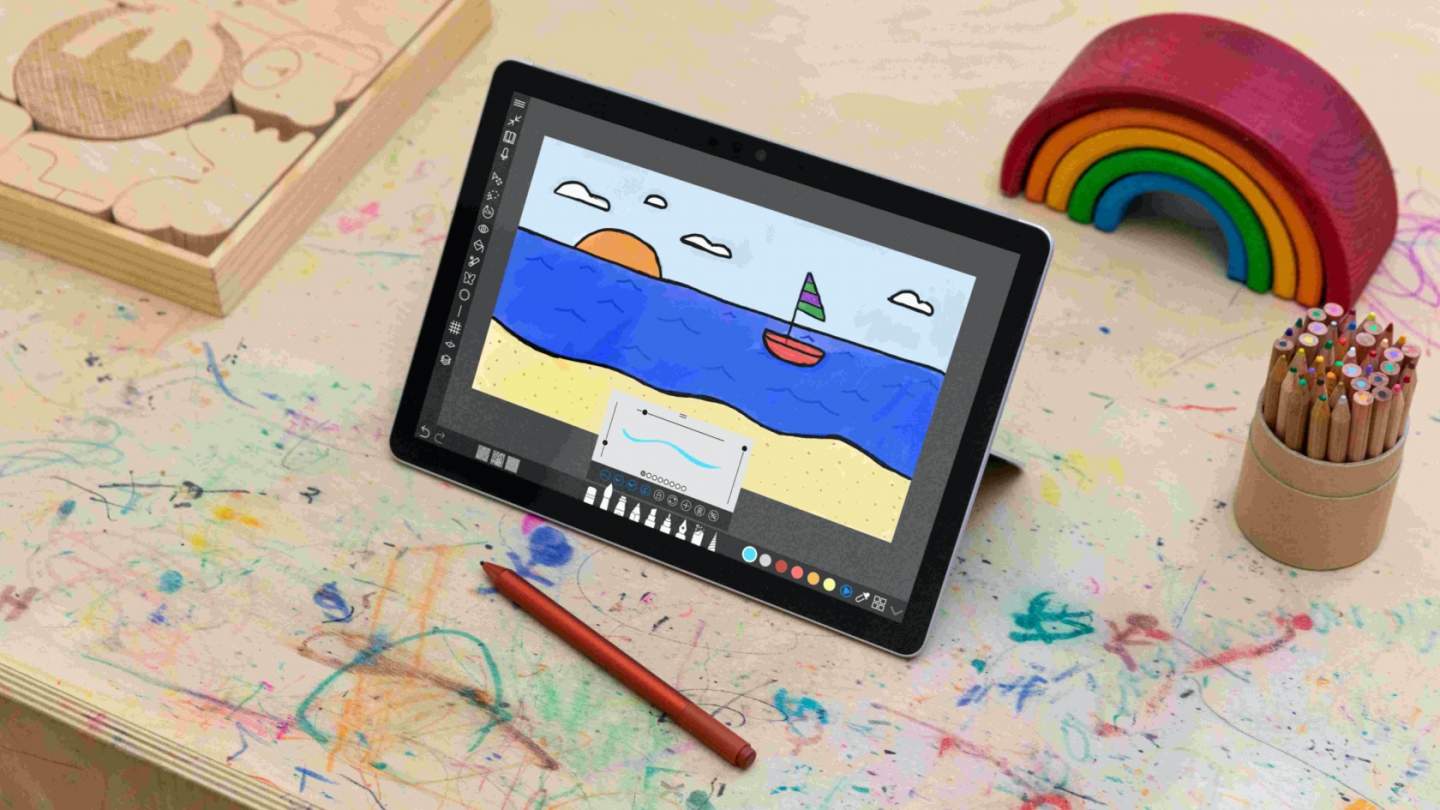 As for ports, there’s a single USB-C, a 3.5mm headphone jack, and a Surface Connect port. Microsoft also includes a microSDXC slot, to expand storage. There’s support for Microsoft Pen Protocol (MPP) if you want to use a stylus, though a Surface Pen isn’t included.

Battery life is up to 11 hours, and Microsoft bundles a 24W power supply in the box. What you don’t get is the Type Cover, which you’ll have to budget separately for. Preorders kick off today for the WiFi configurations, priced from $399.99. The LTE version of the Surface Go 3 will go up for sale in the coming months, Microsoft says.