Just as each of the previous models of Microsoft’s Surface tablet, with the Surface 3, users should expect less than the advertised storage space once they get up and running. This isn’t new – and it’s not limited to this device range. All devices released storage space aboard – almost without fail – will have less space once you’ve begun standard, active use. In this case, that means you get about 37GB of the full 64GB of space on the standard model Surface 3 – about 27GB of space is needed for built-in apps and the operating system itself.

Again, this should NOT be a surprise – but it certainly will be for those just now purchasing their first computer with a keen eye on specifications. Back when the Surface Pro 3 was released, Microsoft added to their list of Storage spaces in their Surface support archive. There you’ll see the following. 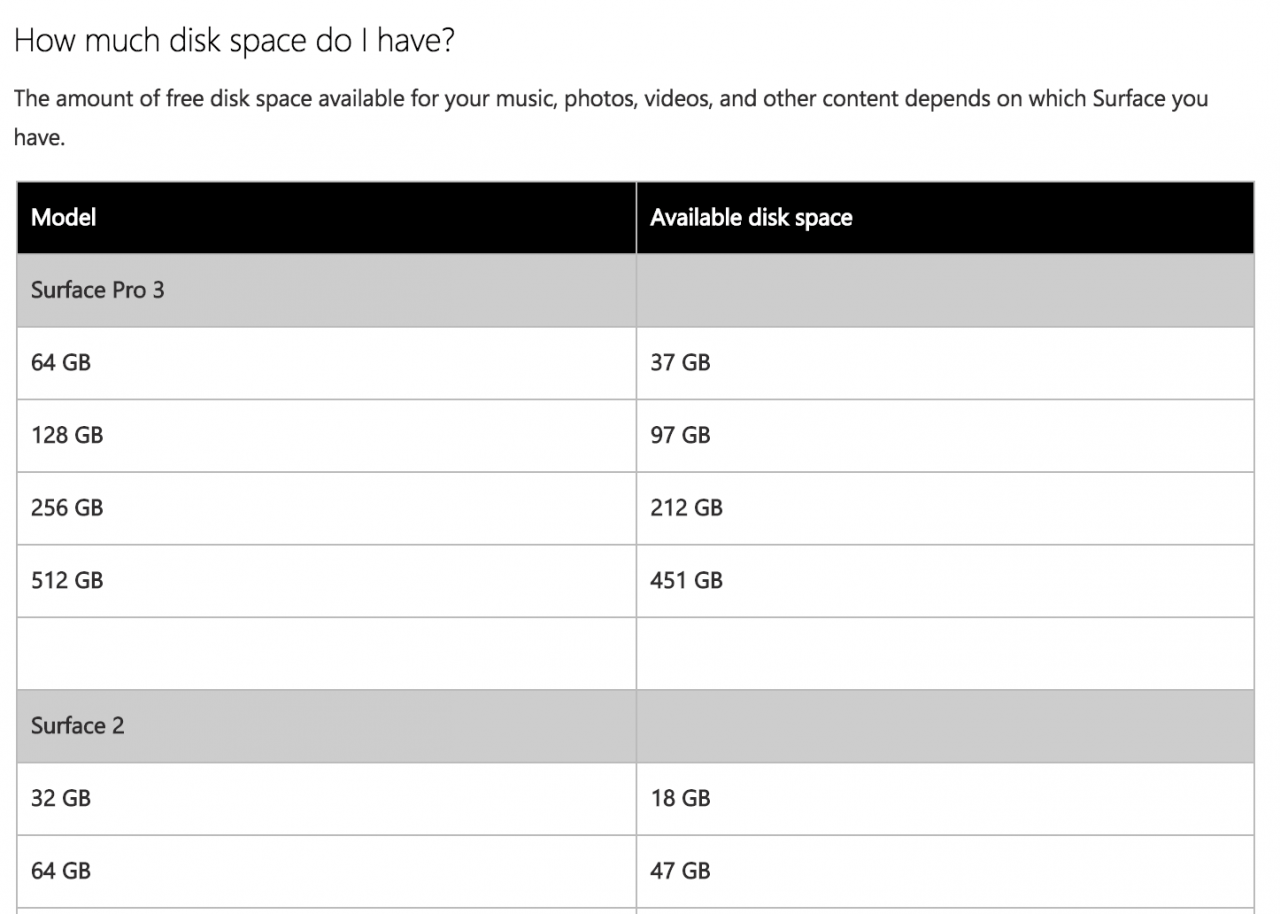 Wait a second, you might be saying – how does the Surface 2 have 18GB left after software is added to a 32GB storage space? The answer rests in Windows RT.

One reason Microsoft created Windows RT in the first place was to take up less storage space in a computing device by creating a slightly less full-ranged operating system.

You can expect all sizes of the Surface 3 to have similar storage spaces available compared to the Surface Pro 3. Windows 10 is not vastly, significantly different in size from Windows 8.