Crowdfunding projects work – sometimes. Transcendent Designs’ SuperScreen is not an example of a successful crowdfunding project. The group collected pledges of over $2.5-MILLION USD and 1.5 years after the end of the campaign, it’s gone. No delivery of a final product was made, and no refunds will be made (according to the campaign’s creator.) Let this be a good reminder: Giving money to companies for products that do not exist is a bad idea.

A total of 18,184 backers of this Kickstarter campaign pledged a whopping $2,542,045 USD for SuperScreen. The product was supposed to be a display that super-sized the content of a smartphone on a tablet-sized display, without the associated costs of a full-powered tablet. The original goal for this campaign was $50,000 USD.

It was apparent in July of 2018 that there was a product in the mix. A supposed group of 179 users received access to a test product for a “beta test.” In the commentary offered by the creator of this campaign, it was suggested that these testers submitted valuations of the product. This commentary seems to assume that any valuation given by these testers had some effect on the final product – or on the people who will ultimately walk away with nothing. 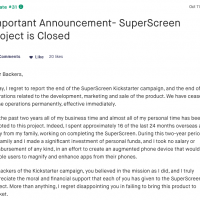 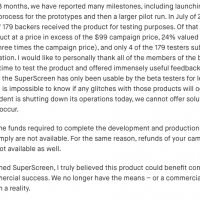 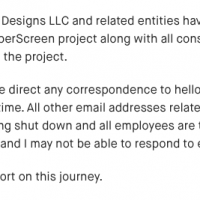 Above you’ll see the statement offered by the creator of this campaign. The key text here is as follows: “Unfortunately, the funds required to complete the development and production of SuperScreen simply are not available. For the same reason, refunds of your campaign donations are not available as well.”

The creator of the campaign suggested that he “took no salary of reimbursement of any kind” and that he and his family “made a significant investment of personal funds” toward completing “the SuperScreen.” In the original campaign text, it’s suggested that the CTO and founder of the campaign, Brendt Morgan, “is a lifelong entrepreneur having successfully commercialized 5 major product lines from start-up stage, with zero failures in bringing a design to market.”

The original description of the Kickstarter also included the following disclaimer. “Aside from force majeure-level unforeseen circumstances, which are inherently impossible to predict, our only unknown and controlled variable is volume, as we cannot forecast exactly how many pre-orders we will gather – that’s where you come in! The higher the campaign volume, the more our forecasted time to market accelerates.”

One must always assume that anything at all can and will happen when a campaign includes a disclaimer of “majeure-level unforeseen circumstances”. This project was majorly unfortunate for all parties involved – with the exception of those people/businesses to whom the funds eventually went. Keep this in mind the next time you want to throw money at a crowdfunding campaign in which no product yet exists – no matter the creator of said project. 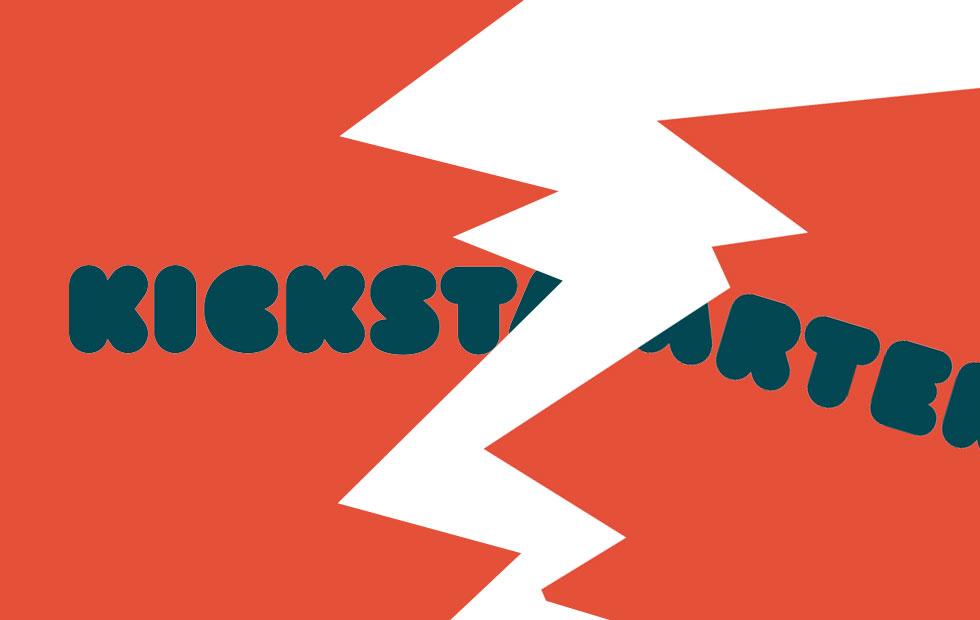