Throughout the trailer released at this morning’s Nintendo presentation at E3 2018, we came to realize the obviousness of the truth: They’re ALL HERE. This includes essentially every character that you’ve ever played or wanted to play – sort of.* Have a peek at the trailer for this game below – it gets better and better.

*When I say sort of, I mean some characters won’t be exactly as they were when you last saw them or played them. Some moves are quicker, some hit faster and don’t do as much damage, and some things change completely. Link has a bomb that detonates remotely, now.

Below you’ll see a list of ALL the characters that’ll be in the game, for sure. There might be more! But for now, this is what we’ve got. Watch out for that Pokemon Trainer, he’s a MONSTER. 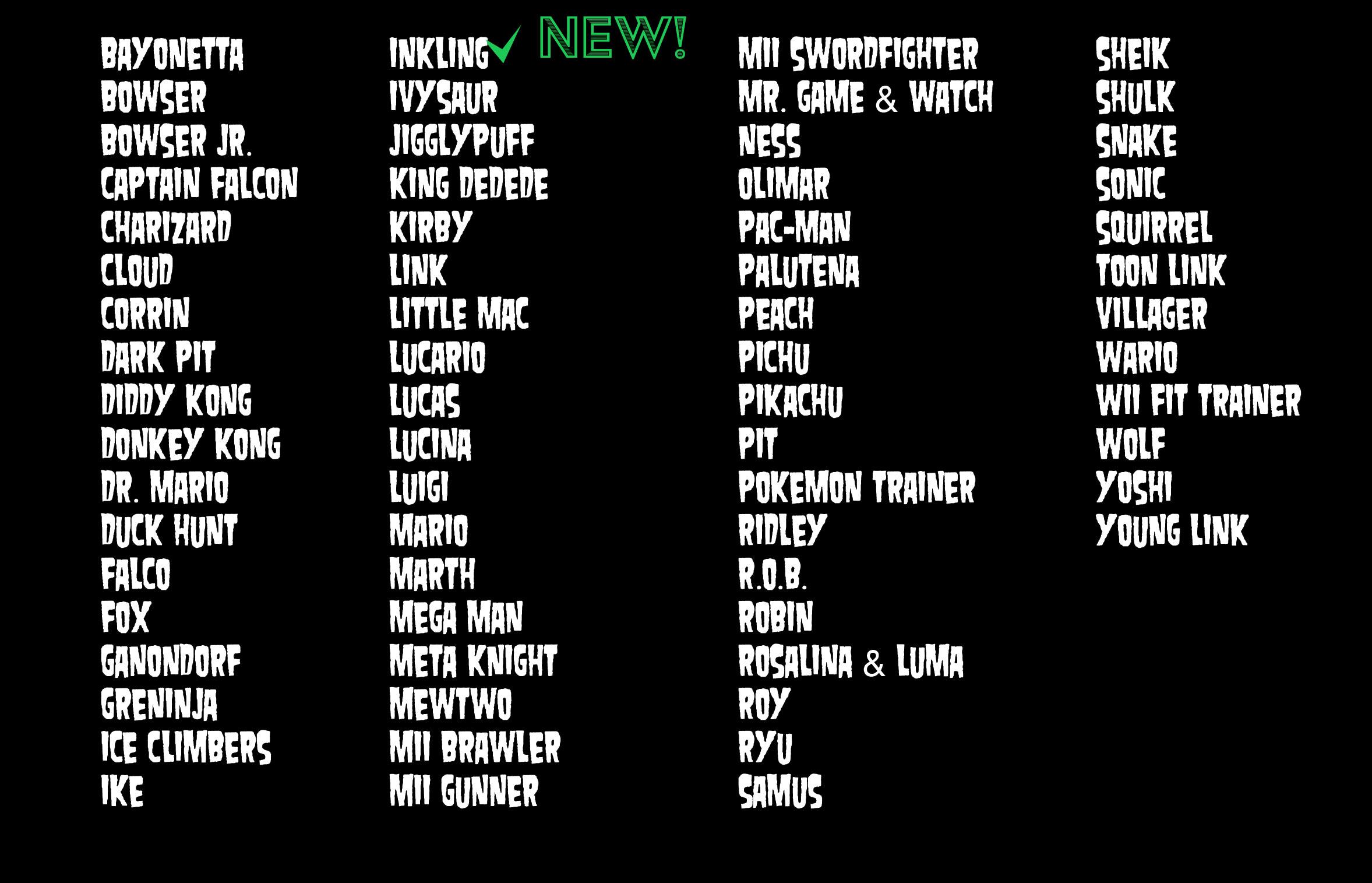 Also note – Splatoon is now represented by an Inkling, at last! Ridley is also here for the first time. That’s the bad side of the coin for which Samus of Metroid is the good.

These is the first of what we expect will be a number of characters we’ve not seen before. But… even if it isn’t, I can’t say I’ll be super disappointed. LOOK at all these fighters! What more could a game called “Ultimate” ask for? How about a BUNCH of details?

One disappointing element of this game (maybe) is the fact that the starting roster will be the original 12, and 12 only. Character Unlocks will be given to users as they progress through the game. Hopefully they aren’t trapped behind massive unbeatable Pikachu. Never again, Pikachu, never again!

This game will be released on December 7th, 2018. Just in time to ask your mom for the game so that she can go buy you Super Smash Bros for N64 on accident, and on Christmas morning you can open the present and say, oh, uh, cooool, thanks. And cry a little bit. Just a little.