In Super Smash Bros Ultimate, Luigi Mario is dead. But there’s good news you can share with all your distraught friends: Luigi Mario is only kind of dead. Not all the way dead. He’s dead sorta like how comic book characters die sometimes and come back to life through some hereto unknown force. Only this time it has to do with ghosts.

Remember that time that Luigi had to find Mario in Luigi’s Mansion? This is sort of like that. Except it’s for Super Smash Bros, and it’s likely we’re dealing with more character ghosts right alongside Mario-like ghosts. And it’s going to be deadly! 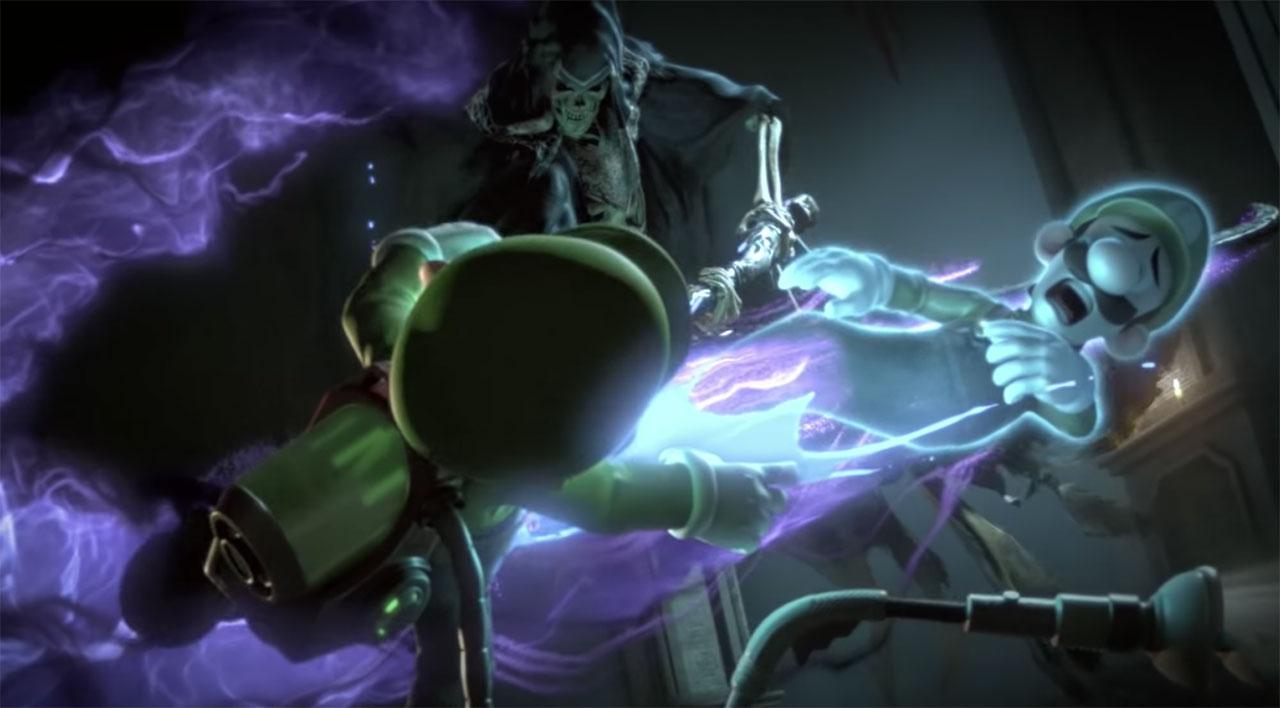 Another recent Nintendo Direct revealed a new re-release of Luigi’s Mysterious Mansion for Nintendo 3DS. This game will be released by the end of this year – we’re still not entirely sure when, but we’re sure it’s coming. This is the same Luigi we’re seeing in the Smash Bros Ultimate video in which Death arrives and claims his most Italian of corpses.

There’s a Twitter user by the name of Noctulescent who did some real nice pixelation un-pixelating to find a game mode in the next Super Smash Bros game, the same game where Luigi’s apparently dead. Thanks to the efforts of Noctulescent, it would appear that we’ve got a handle on what’s going on in this secret game mode. It says Spirits. It straight up and down says Spirits, almost as if Nintendo left a single frame in their most recent reveal to show what it was for a person as dedicated as Noctulescent, aka l’attarde.

because i've been asked how i did it and how to replicate. you go to the smash direct at 23:58 and use , and . to go frame by frame, you'll see the top of the word and the bottom of the word on 2 frames as the menu snaps back into place. screenshot, do the photo editing, voilà! pic.twitter.com/uR0cx1qMki

With that, there’s a set of optional paths to take at the start screen in Smash Bros Ultimate, including the following:

There’s going to be some DEATH in this game, of that you can be sure. Ghost modes! The rescuing of dead spirits! Perhaps some bone-chattering?

As we’ve been reminded by EuroGamer, a couple other characters have “died” in Super Smash Bros Ultimate trailers already, before now – by a few weeks, even! In the Ridley unveiling video you’ll also find a couple of on-screen just-made corpses – one for Mario and one for Mega Man!

Above you’ll see the Smash Bros Direct where Simon was revealed (from Castlevania) and Luigi was brutally murdered. Also note: Luigi’s sporting his Luigi’s Mansion getup hunting ghosts here, too. It’s going to be a SPOOKY good time.

And don’t worry about Luigi, he’s OK. Or at least that’s what Nintendo UK suggests. They’re on Twitter suggesting as much. He’s completely OK, whatever that might mean.

Yes, his name is Luigi Mario, and Mario’s name is Mario Mario. How dare you not know that. Above you’re checking out a tiny clip from the original live action Mario Bros movie, and you’re super loving it, too. Now it’s time for this duo to join their dungeon-dwelling buddies and head back down into the pits.