An app released this week allows running Linux on any Android device without the need for root. This app is absolutely super simple to use and requires little to no technical knowledge to get off the ground running. The app goes by the name UserLand and it’s entirely free to download and use – and it’s also completely open source.

Yes, Android is based on a modified version of the Linux kernel. But once you’ve got Android running, you can utilize this app to get Linux running inside Android. But why, you might be asking – why would you want to do that? If you have to ask, you might just want to turn back now. With this app, users are able to run Debian or Ubuntu, games like Adventure or Zork, and Math systems like Gnuplot, Octave, and R.

UserLand allows one Session at a time and can also monitor filesystems. If you’re looking for a graphical interface, and not just a command line system, you might want to take a peek at the operating system Android. In other words: This is mostly just for fun, and a sort of proof of concept – but it has so much potential! 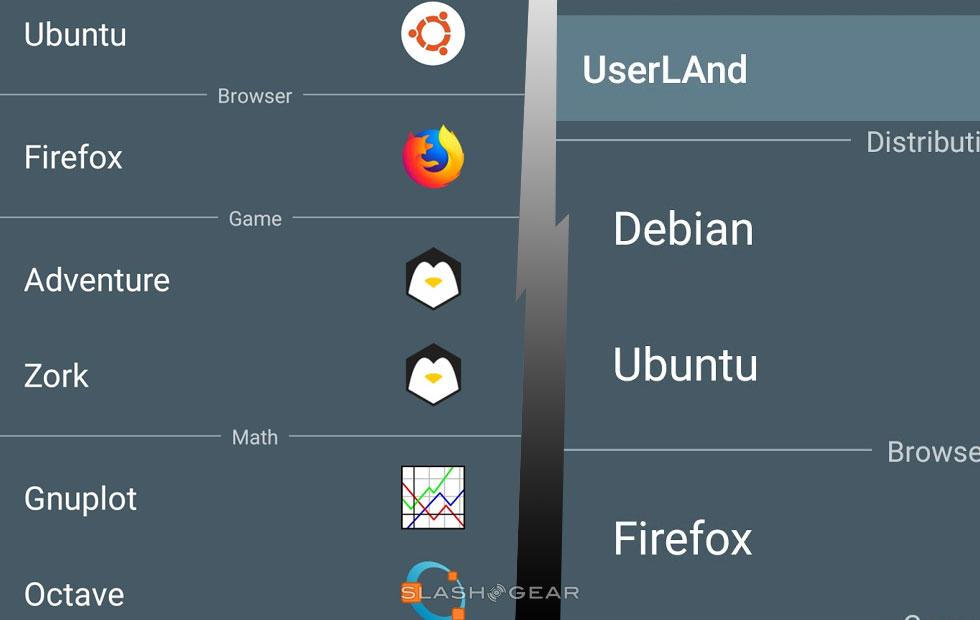 This app was developed by UserLAnd Technologies, LLC, a London Trust Media Holding Company. Users can find the full code for the app and run through issues and contribute over at GitHub. You can download the full UserLand through the official Google Play listing right this minute.

But wait, there’s more. If you’re looking to run something more familiar to your Windows-loving self, there’s an app that’s been around for a bit longer. You can get Limbo PC Emulator QEMU ARM x86 from Google Play right now, too. That app was last updated in January of 2018, so don’t be shocked if bugs pop up – and don’t go into that app expecting it to be a breeze to use. But you can turn your Android into a Windows machine if you do so desire – and why not?