One of the biggest challenges for students, parents, and teachers during the coronavirus pandemic has been learning using remote processes. During the pandemic, schools worldwide have been forced to rely heavily on technology, including tablets and various apps for education. Recently, a study was published by a nonprofit organization called Me2ba Alliance that found many apps are sharing the personal data of children with advertisers and other third parties.

On average, the researchers found 10.6 third-party data channels per app. The apps were evaluated by examining software development kits providing developers with pre-packaged code modules. These SDKs generally run in the background as soon as someone launches the app and rarely ask for user consent before sending data back to the third-party developer.

SDK providers use the data gathered for various reasons, including the performance of critical app functionality, collecting analytics, advertising, and monetization. Researchers identified 56 unique SDKs used by apps. Most are owned by major tech companies, including Google, Facebook, Apple, Amazon, Square, and Twitter. The study also found that every Android app that included SDKs sent data to Google. 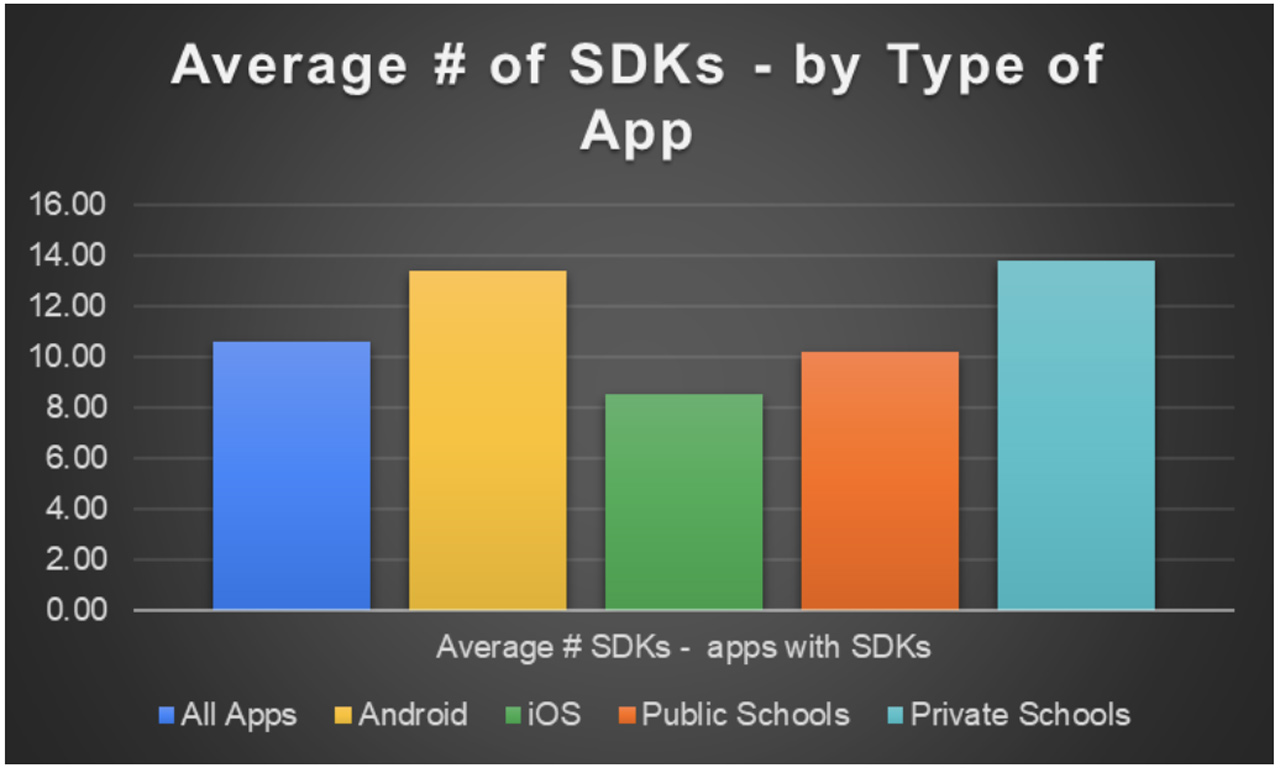 Researcher Zach Edwards says many schools have their own custom apps, and they’re leaning on those apps during the pandemic. Edward says during the study they found schools don’t have internal standards to remove SDKs from these apps. The researchers grouped SDKs based on function, including a medium-risk group design utility purpose and a high-risk group design for advertising and monetization. In all, 18 percent of the apps were deemed very high risk, but none of the private school apps sampled during the study fell into the high-risk group.