Stratolaunch, Paul G. Allen’s ambitious project to build a huge plane that can air-launch spacecraft, has made it to another milestone, after testing over the weekend. The aircraft is designed to lift payloads in excess of 500,000 pounds into low Earth orbit, using regular runways rather than the fixed – and weather-susceptible – rocket launches that are being popularized by SpaceX and others.

It’s no small undertaking, and no small plane. At 50 feet high, and 238 feet long, Stratolaunch has an unusual double-fuselage design. The right side is dedicated to the flight crew, while the left has the flight data systems. They’re joined by a reinforced center wing, responsible for not only providing lift but also offering a variety of attachment points for payloads. 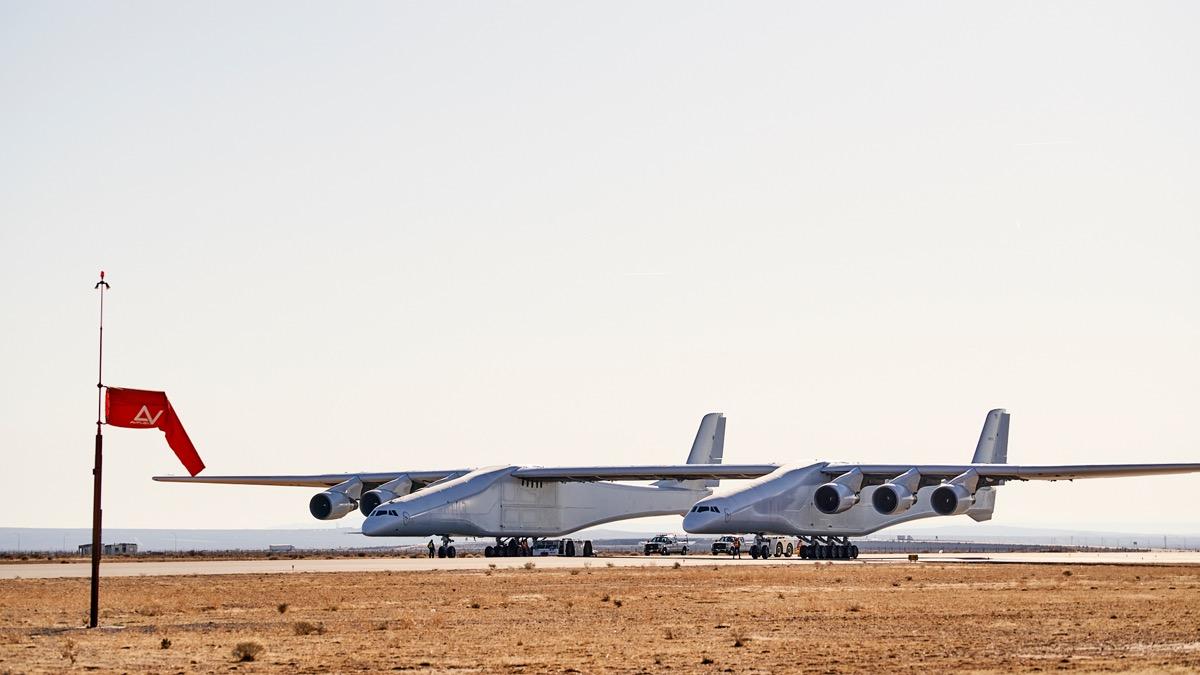 Stratolaunch first began taxi testing in December 2017, showing off the aircraft’s nose gear steering, brake systems, anti-skid technology, and more. However, that was all at low speeds. While all six of the Pratt and Whitney turbofan engines were active, the plane only hit 28 miles per hour.

This latest test took place at Mojave Air & Space Port in California, and saw Stratolaunch equipped with all its flight surfaces in place. Over two days of testing – Saturday, February 24 and Sunday, February 25 – the craft motored under its own steam up and down the runway. It reached a top taxing speed of around 46 mph, the company says.

Unfortunately, while Stratolaunch may have aced its latest taxi test, it did so with all wheels firmly on the ground. Indeed the vast plane is yet to actually lift off and fly.

That has an interesting knock-on effect when it comes to aviation history. Stratolaunch’s vast 385 foot wingspan will make it the widest aircraft in the world, but for the moment the plane with the longest wingspan that has actually flown remains the Hughes H-4 Hercules, more commonly known as the Spruce Goose. That first flew in 1947 and, like the Stratolaunch, was the handiwork of some deep-pocketed creators: in the case of the almost entirely birch-bodied plane, Henry J. Kaiser and Howard Hughes.

Stratolaunch, meanwhile, is on track to be completed by the end of the decade, the company says. By that point, its wingspan – longer than an American football field – will be not only a record-breaker but available to begin lifting payloads into low-Earth orbit. 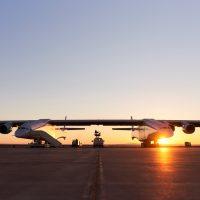 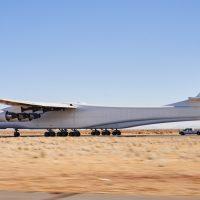 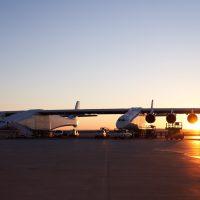 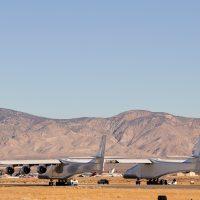 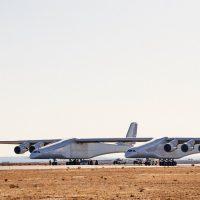