Today we’re having a peek at two Star Wars helmets, both of them Stormtroopers, one from The Force Awakens, the other from The Last Jedi. The images we’re using come from the premiere prop replica makers on this planet, ANOVOS. They not only create movie-accurate Star Wars stuff, they make a few other top-notch movies too.

OF NOTE: I’m not using images from ANOVOS for the quality of their hardware. I’ve never personally held anything they’ve made before, so I’m not 100% certain their wares are everything they’re cracked up to be. But their product photos – that’s where they excel for an article like this. All images here come from ANOVOS except where noted – for example the row of images immediately below this paragraph come from Star Wars Helmets dot com.

Today we’re looking at photos of the First Order Stormtrooper, first from The Force Awakens. The basic shapes in this helmet are basically the same as the next film. But like the design evolution of the Clone Trooper helmets in the prequel films, so too are these helmets changing from film to film. 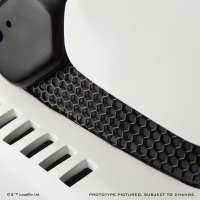 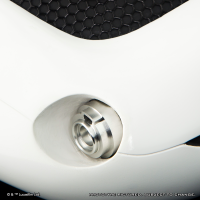 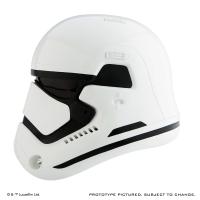 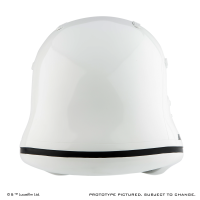 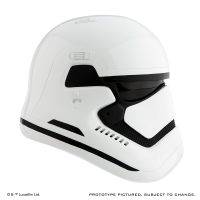 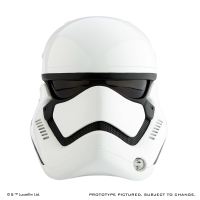 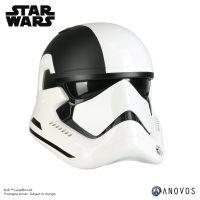 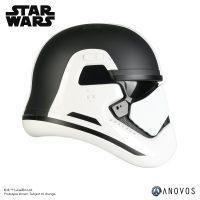 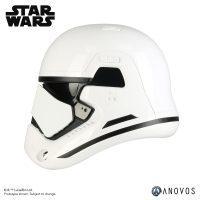 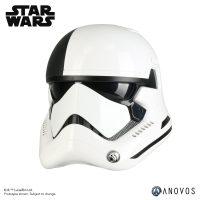 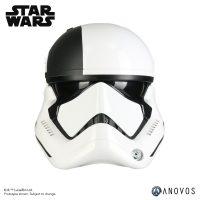 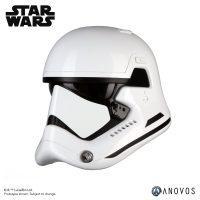 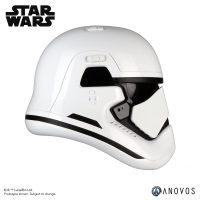 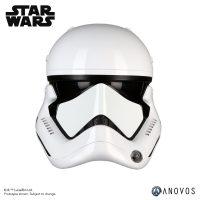 Also included amongst these normal First Order Stormtrooper helmet photos are a set of “Executioner Helmet” versions of the same design. These helmets are identical to the standard Stormtrooper from The Last Jedi, they’re just marked with a special distinctive black stripe – to let you know they’re way more killer. I’ve included these images because they give a slightly different look at the same design – with the teeth in a better light, in particular.

The second gallery (above) shows the Stormtrooper helmet design for Star Wars: The Last Jedi. The first big difference here is in the teeth. While the original Stormtrooper (from the Empire, in the original films) had a rather obvious set of teeth. That’s because those helmets were inspired by ancient samurai armor. The helmet below, on the left, is a Menpo mask of a samurai – on the right is the original concept art for the stormtrooper as created by Ralph McQuarrie for Star Wars. 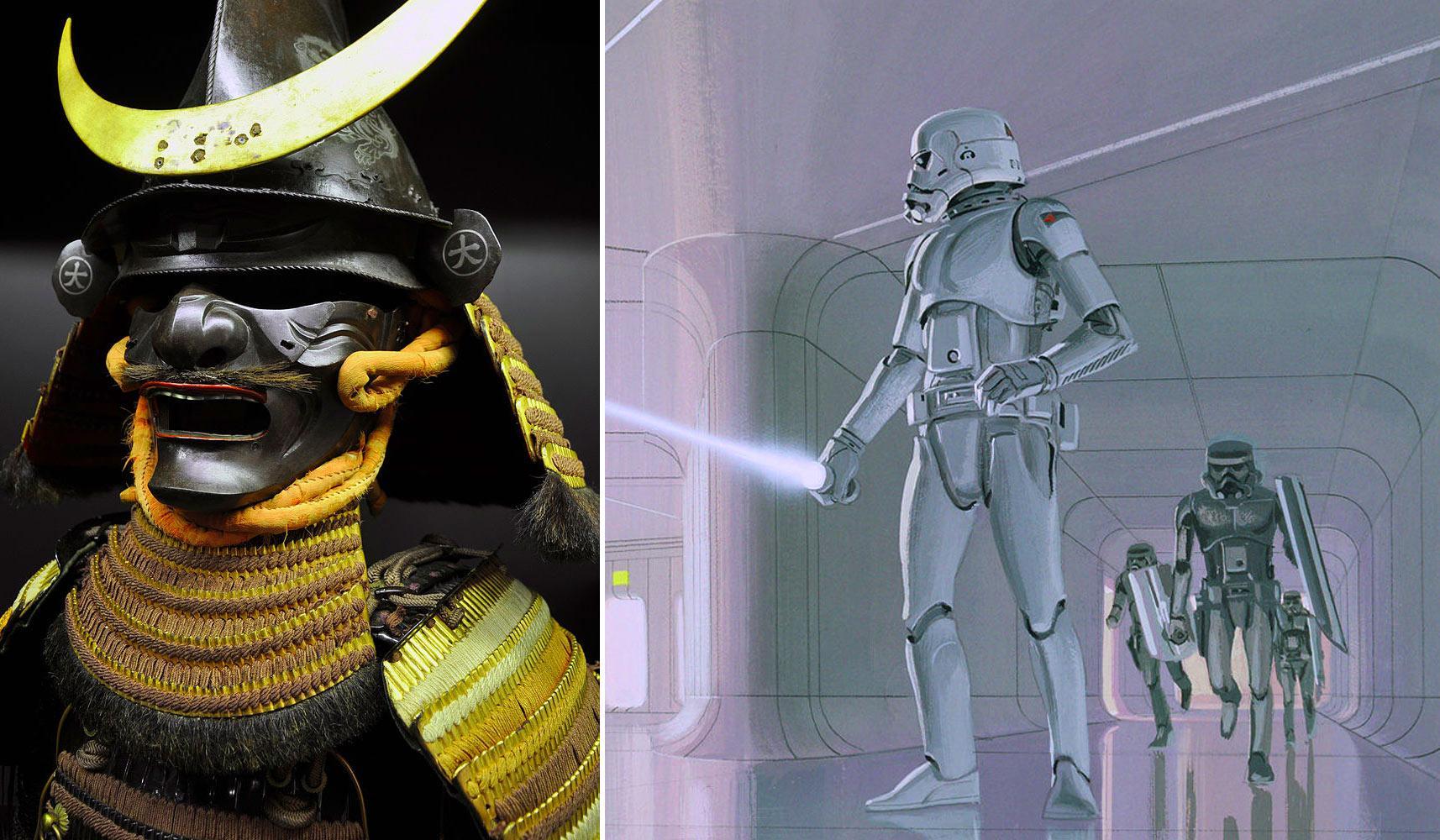 ABOVE, LEFT: Helmet and half-face mask (menpo), Japan . Ann and Gabriel Barbier-Mueller Museum, Dallas (Texas) ; the photograph was taken during an exhibition in the Musée des Arts Premiers in Paris via Wikipedia.

The helmets in the original three Star Wars films changed from film to film, too, but not nearly as much as they did between prequel films. In the prequels, the helmets started as more of a Mandalorian-inspired design, largely because the clone source was Jango Fett, a Mandalorian bounty hunter. Over the course of the three prequel films, they evolved to a form far closer to what we see in the first Stormtroopers.

Above you’ll see a evolution of helmets (going back to elder Mandalorians) all the way through the “Modern Stormtrooper” – which was, at that time, The Force Awakens. This image was constructed by Reddit user Mird back in back in 2015. Of course we know there are a few tiny iterative entries missing here, but the basics are all in place. 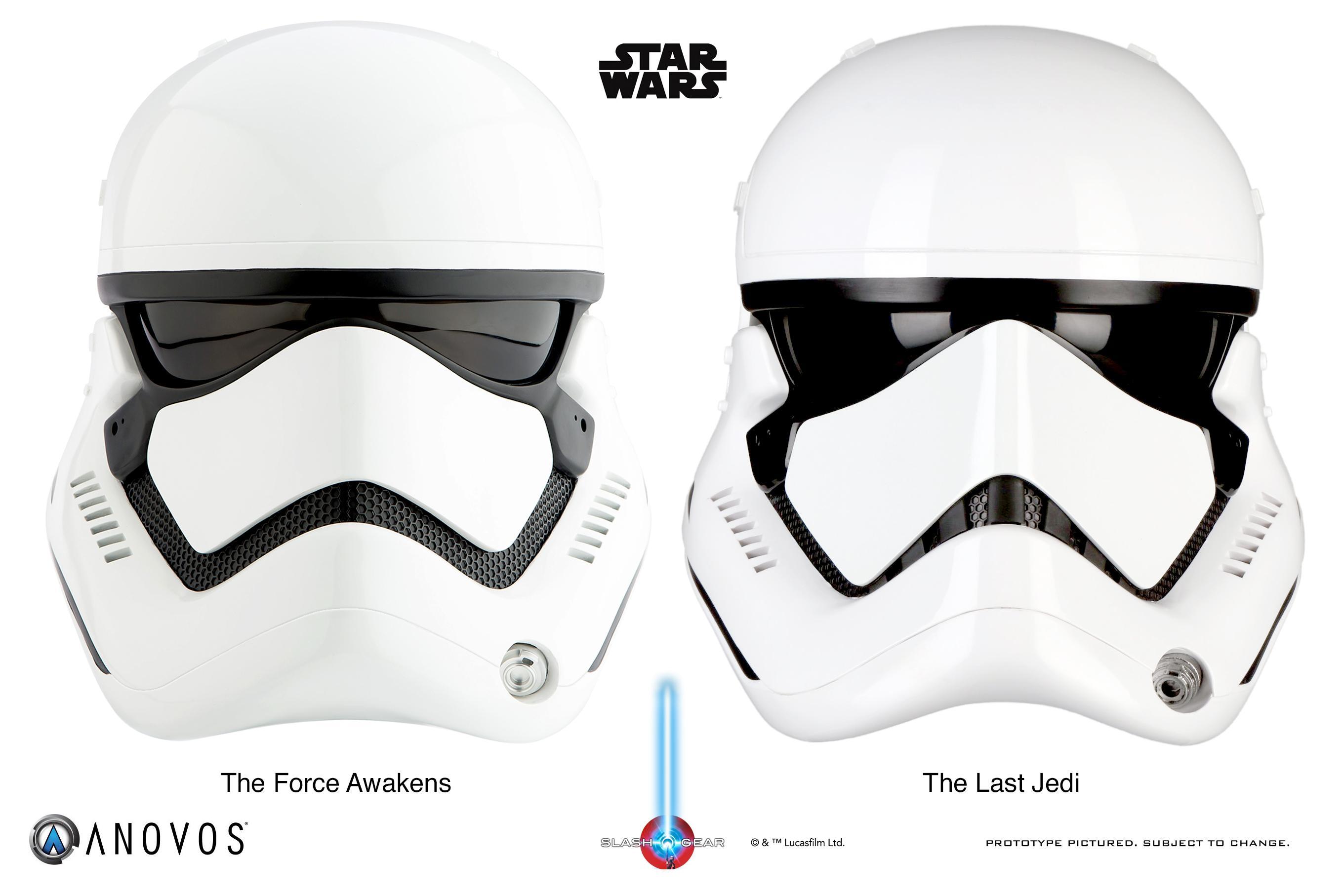 In The Last Jedi Stormtrooper helmet design, the details are sharper, the helmet is thinner, and the design looks like it’s influenced by the classic Stormtrooper more than its predecessor. The First Order in this newest trilogy of films aims to be The Empire, but without the major mistakes of the past. Here we see the inevitable truth of the matter: There is no war-ready troop without a dark side.