Remember Stir’s beautiful, high-tech, and very expensive height-adjustable smart desk? The company promised eventual integration with the ergonomic furniture’s onboard brain and wearable health platforms, and it’s finally delivering, with a partnership with Fitbit that will see desk and wrist-band share and log movement data.

Stir, if you’ve not been keeping up-to-date in your moving office furniture, can power-adjust between sitting and standing levels, as well as tracking the user’s movement using a sensor built into the front edge. 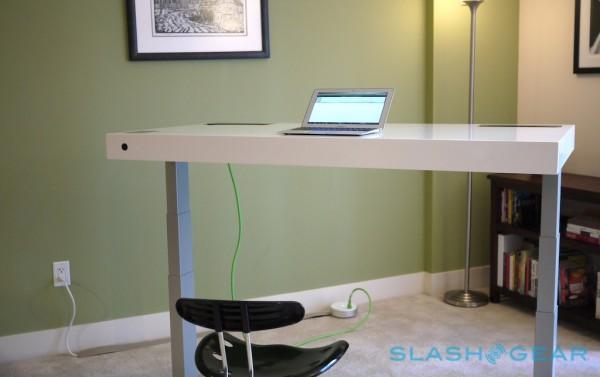 Heights, as well as health logging, are all managed through the small touchscreen display embedded in the front left corner of the desktop. Giving the desk a brisk double-rap with the knuckles moves it between preconfigured heights, while every so often it will jiggle gently to remind you to change position.

It also has integrated WiFi, and it’s that which is used for the Fitbit integration. Wearers of the Flex, One, and Zip can have their health logs augmented with how much time they stand at their desk, as well as how many calories they burn; the One and the Zip will each show the additional Stir-related calorific burn on their displays, too. 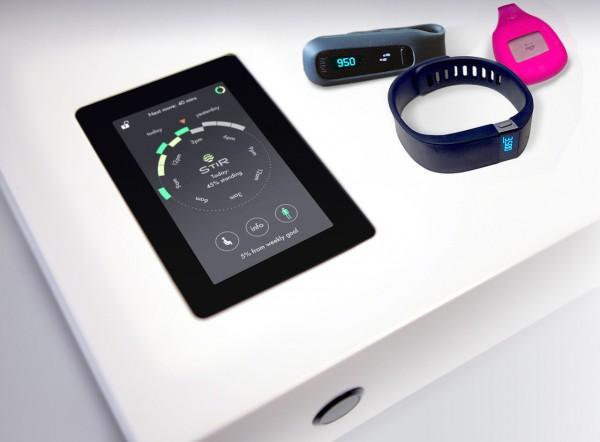 In a future firmware update, meanwhile, Stir’s own display will show Fitbit data including steps taken, total distance traveled, and how many minutes the user has been active altogether. 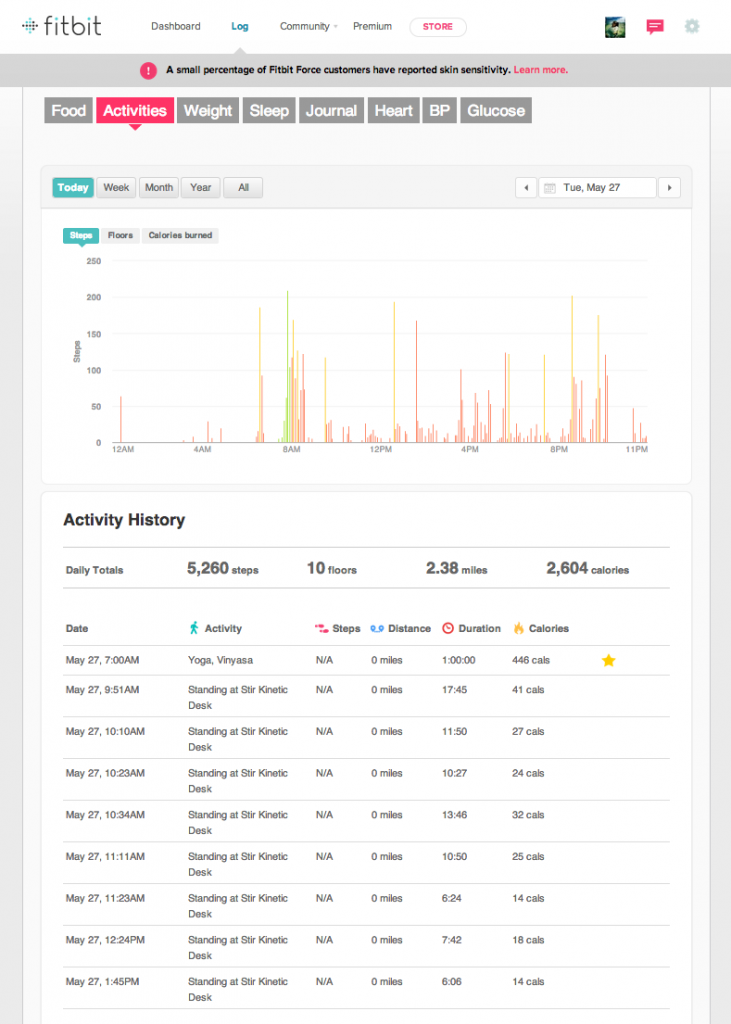 One of the initial promises of the desk – and the justifications of its heady $3,890 price tag – was that it would evolve over time to integrate with a more holistic health ecosystem, so we’re glad to see the new features being introduced. Although it’s still likely too rich for many workers’ tastes, sales of Stir are said to be brisk: the company sold out of its initial production run, with the second batch expected to ship this spring. 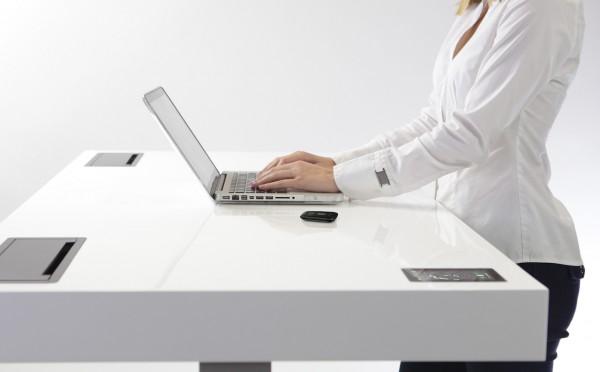