Steam Machine OEMs: ready when you are, Valve

This past week at CES 2014 we had the opportunity to have a chat with iBuyPower’s Marketing Manager Ricky Lee on their first Steam Machine and the potential for Valve’s SteamOS. With this operating system, users are meant to take the gaming PC into the living room to play like a major console – to compete with the Xbox One and the PlayStation 4, basically. Our first question was, of course – when do we get the chance to get our hands on this particular Steam Box from iBuyPower? As Lee explained: it’s completely up to Valve.

To sell a PC with SteamOS on it, or to sell a PC with a pre-installed version of the Steam Client upon it, manufacturers of PCs must first license the software from Valve. This license grants the holder the ability to legally redistribute the Steam Client “whether on its own or whether as part of SteamOS.” A licencee also has the right to use any Valve trademarks in a commercial context, so sayeth Valve.

Because of this, it’s up to Valve to distribute the final version of SteamOS to the OEMs before they can begin selling their Steam Boxes. While it’s unclear how exactly each Steam Box will be sold – in a limited way through the manufacturer, through Valve, or in a combination of these ways, the two main requirements remain.

1. Valve must give the OK for the system to be released – at this time they’ve got to release the final version of SteamOS to OEM partners for this release to take place.
2. The Steam Controller must be finalized.

As Lee suggests, “you won’t be able to sell a Steam Machine without the controller.” This means that “when SteamOS is ready and when the Steam Controller is ready,” Lee continued, “we’ll be ready.” “It depends on Valve,” said Lee, “We could ship this next month.” He refers to the first Steam Machine to be presented by iBuyPower, the color-changing box you see above. 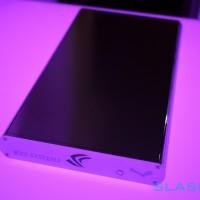 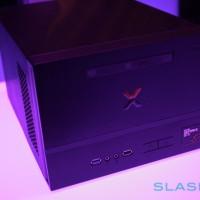 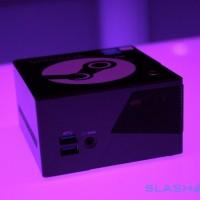 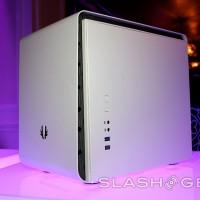 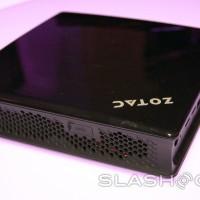 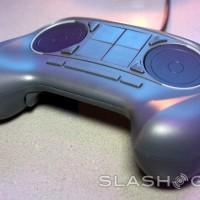 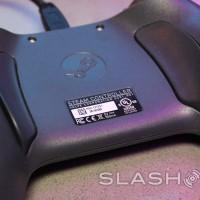 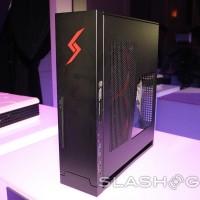 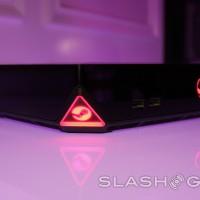 Lee also estimated that they’re currently looking at a “February timeframe” ideally, suggesting that they could potentially* see release “before Chinese New Year.” Chinese New Year occurs in 2014 on the 31st of January.

*NOTE: This release date refers to the best-case scenario, if everything suddenly fell in place like magic. It’s far more likely that the full Steam Machine hardware push will begin in the second half of the year.

We shall see – we also had an extended talk with Lee on the strategy they’ve used to initiate this first Steam Machine release, suggesting that some of the higher-priced solution manufacturer’s “just don’t get it.” It all comes down to a price point that fits in with the (extremely successful) consoles being released by Microsoft and Sony right now.

If a Steam Machine doesn’t compete with the Xbox One or the PlayStation 4 for price, it’s in a completely different category. You’ll be able to have a peek at the Steam Machine full starting lineup straight from our encounter with Valve last week right this minute – stay tuned!