Starship’s robot-couriers start US trials with Postmates and Doordash

Your next lazy meal might show up on your doorstep inside a robo-cooler-on-wheels, with news that two on-demand companies in the US are kicking off trials with Starship Technologies’ delivery robots. The company’s robots look more akin to miniature moon rovers, with their squat bodies and six wheels, and Postmates and DoorDash will take advantage of their autonomous navigation to make deliveries where previously human couriers would be relied upon. However, the trials will be fairly low-key, at least initially.

For Postmates, which began operations in 2011 as an on-demand delivery service covering everything from food to general shopping, the Starship robots will be operating first in Washington D.C. There, they’ll be taking advantage of the delivery drones’ ability to carry around 40 pounds of cargo.

DoorDash, meanwhile, started up in 2013. Its goal was to bring delivery – initially food delivery – to suburban locations which traditional on-demand services might have overlooked. It’ll use Starship’s autonomous robots in Redwood City, CA, which the company says is “in the heart of one of our most popular markets.”

Traditionally, both companies would have relied on freelance delivery people, either driving cars or scooters. While this may seem another incidence of robots taking human jobs, DoorDash is insistent that the Starship couriers will augment rather than replace its current “Dashers”. In fact, it argues, the robots are likely to take on the jobs that human couriers avoid. 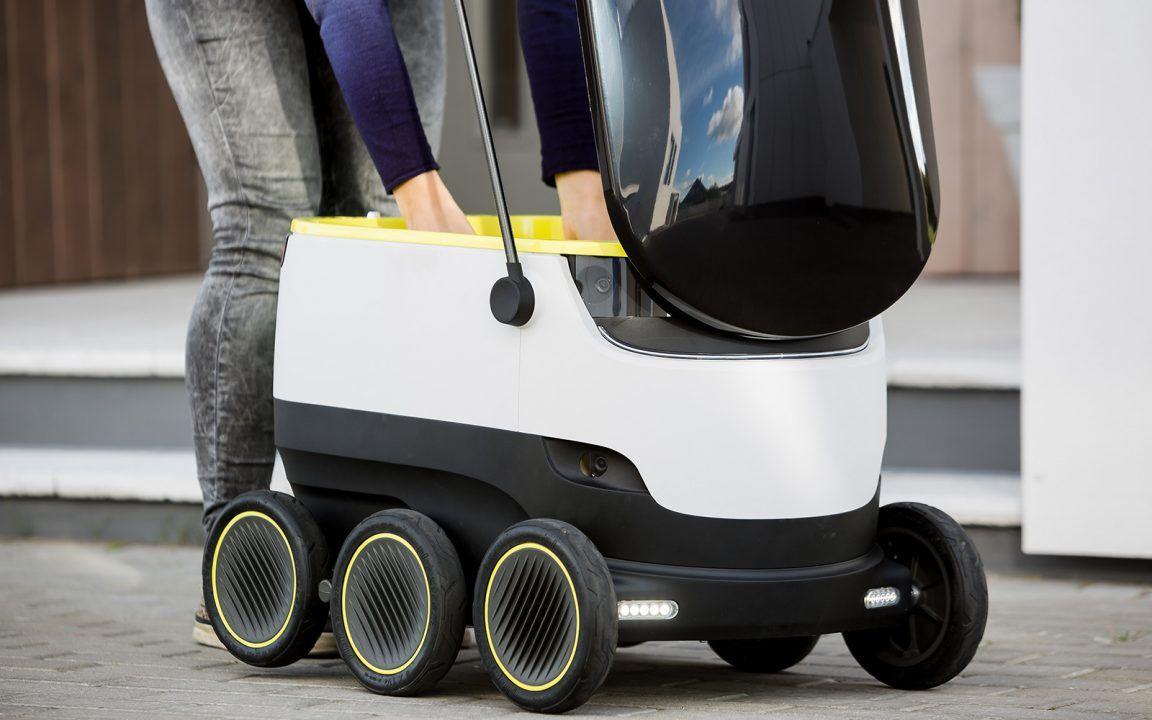 “Since, Starship’s robots have a smaller carrying capacity and drive on sidewalks, they are better suited for carrying a small meal down the street, rather than a few pizzas,” Stanley Tang, Co-Founder and Chief Product Officer at DoorDash says. “We expect to use robots to deliver these smaller, short-distance orders that Dashers often avoid, thereby freeing up Dashers to fulfill the bigger and more complex deliveries that often result in more money for them.”

In fact, Tang suggests, if all goes to plan then the introduction of Starship’s robots could end up ushering in a new age of human-robo collaboration. The exec envisages using the delivery ‘bots to bring smaller packages – like individual meals from participating restaurants – to a “local hub” where they’d be collated and assigned to a single human delivery person. That would cut down on single-purpose trips by humans, as well as minimize the waiting time involved for those drivers outside restaurants.

The Starship Technologies robots themselves are intended for deliveries within a roughly 2-3 mile radius, trundling at up to 4 mph on sidewalks. The fact that they co-exist in that way with pedestrian traffic means they require approval from cities; in the case of Redwood City, CA, and Washington D.C., that was secured back in November last year. Each robot is programmed with a map and a destination, and Starship says that for 99-percent of the time they’re capable of figuring out how to get around without human interaction, using sensors to avoid collisions and such.

However, human operators can log in remotely and manually drive the robots if need be. The same operators can track the fleet and program the route, while the locked storage box is also controlled electronically so that the recipient of whatever is being transported is the only person who can open it. The US trials are expected to kick off in the next few weeks.