Earlier today a new view of the ice planet that hosts Star Wars: The Force Awakens’ “First Order” crew has arrived in trailer form. The vast majority of this trailer – so short it’s still called a “teaser”, is filled with images you’ve seen before. But the most important bit, the first few seconds of the teaser, shows something spectacular. Something so awe-inspiring, you’re going to flip. This is the First Order from the other direction. The first image here has been blurred for your protection. If you wish to avoid spoilers, read no further.

While this segment is only a couple of seconds long, we’ve gone ahead and torn it apart. There’s not much difference between one frame and the next, so it’s the images within this relatively static scene we’re looking at. First thing you’re going to notice is the similarities between this and a certain World War II sort of representation of bad guys.

The teaser above is the full segment as released in Korea this Monday. It’s no mistake that this segment was released in Korea first. Over at MakingStarWars, a commenter by the name of Mandel Cabrera, Assistant Professor at Underwood International College, Yonsei University, Seoul, South Korea, had the following to say about this release: 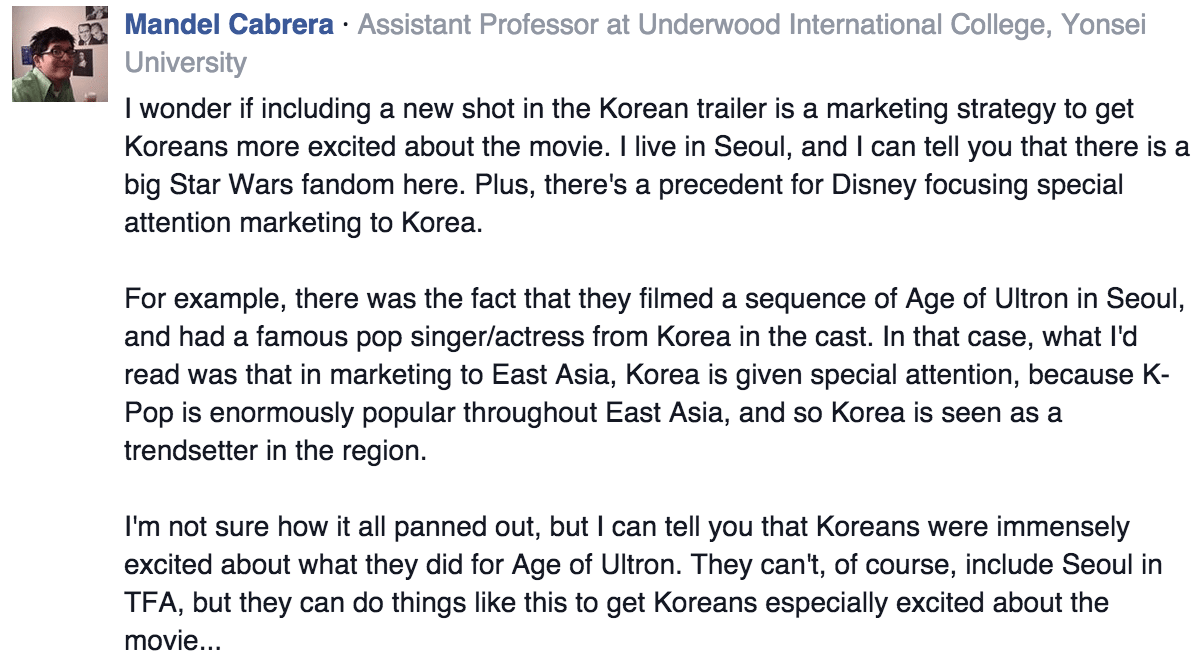 In the lower center of the image you’ll find a rather shiny helmeted character. This is Captain Phasma, played by the fantastically powerful Gwendoline Christie best known from her role as Brienne of Tarth from Game of Thrones.

In the upper left-hand corner you’ll find several Imperial Landers – otherwise known as First Order Troop Landers. These will play a pivotal role in the first act of the film – you’ve seen the interior of at least one of these craft when you first see Stormtroopers in the first teaser trailer. 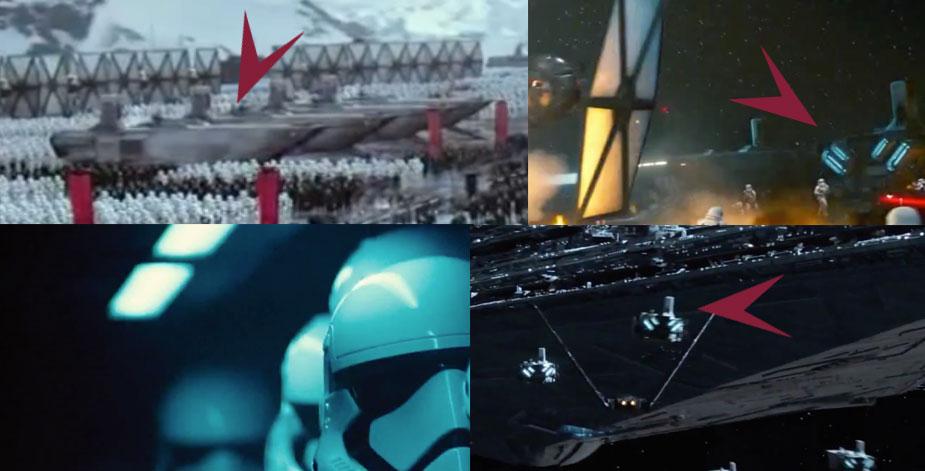 You also catch a glimpse of these New Order landers in the space scene you see later in this teaser, and in the “exploding docking bay” scene with the TIE fighters galore.

In the upper right-hand corner of the scene you’ll see new “walkers”. These are similar to what you’ve seen in The Empire Strikes Back with vehicles called AT-ATs or Imperial Walkers. Now they’ve got no heads! 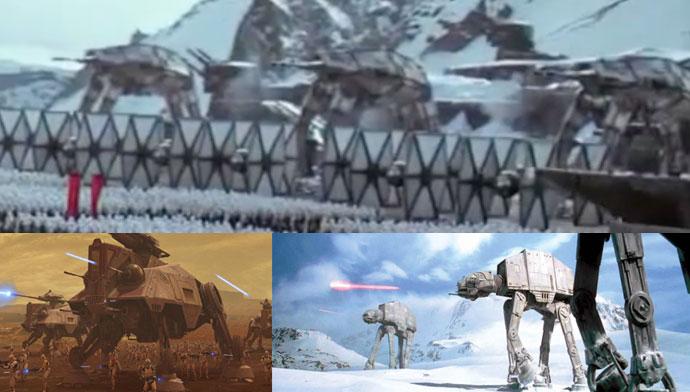 This scene is the opposite angle of the troop lineup we’ve seen before. The “Teaser #2” trailer shows the heads of state here up on their platform from the troops perspective. This is just the other way around. 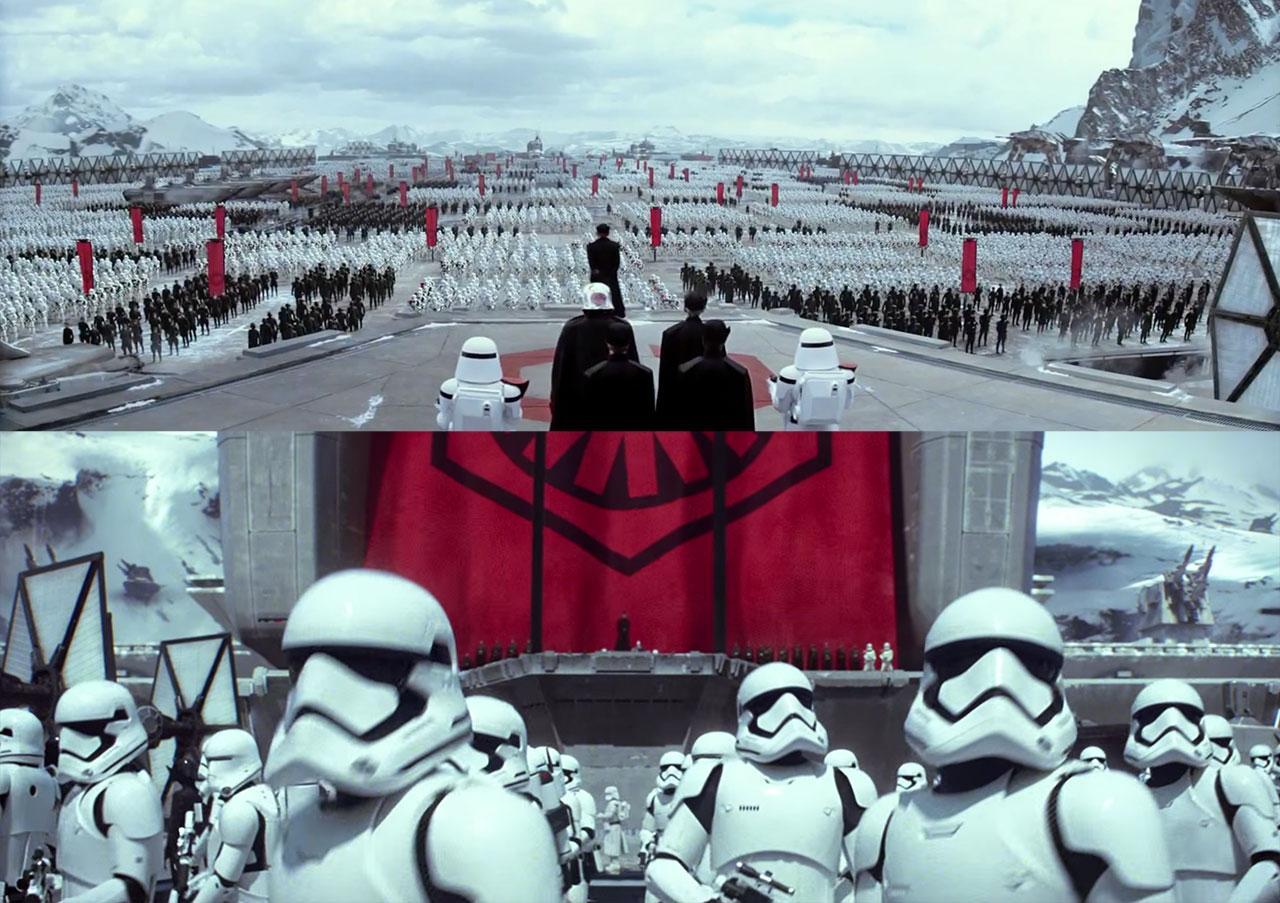 We’re looking forward to this iconic scene trumping the original most massive gathering of stormtroopers as seen in Return of the Jedi. Now we’ve got to start picking up masses of New Order troopers to make this a reality with LEGO. 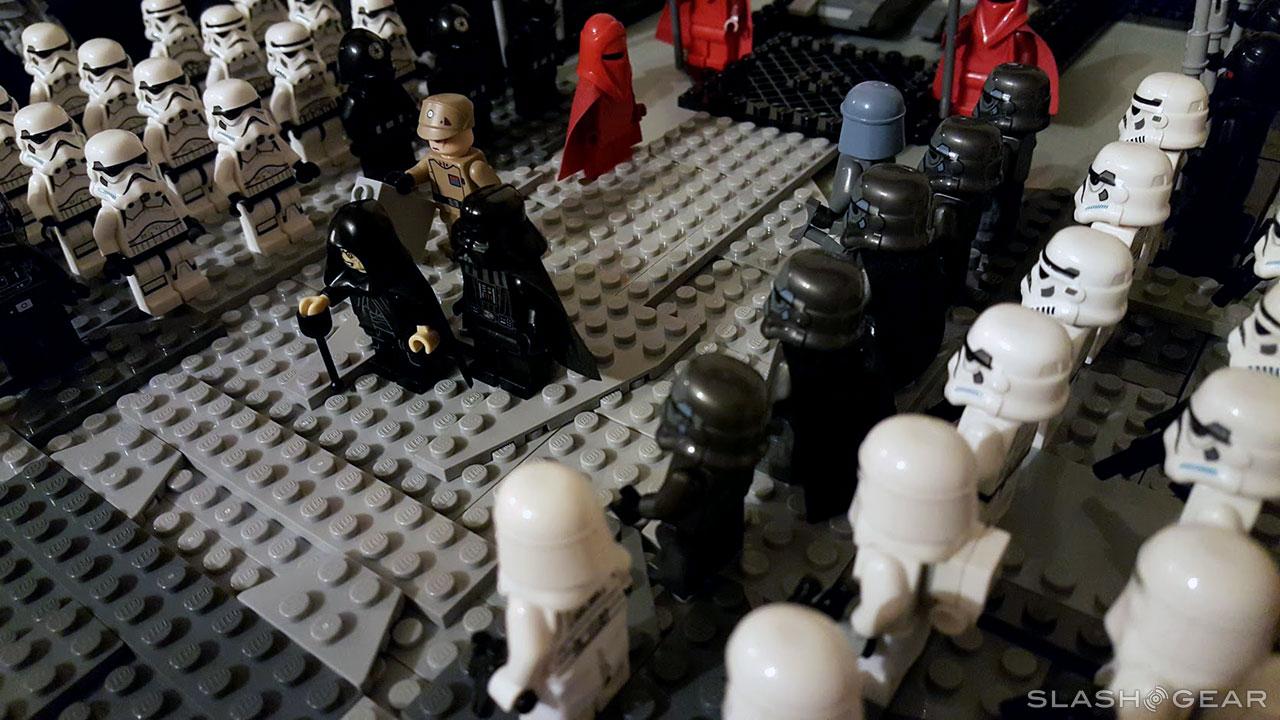 How many do you think we’ll need this time?