Star Wars The Last Jedi Trivia: is that a Bothan, or not?

The first major photo shoot for Star Wars The Last Jedi brought with it a question of nature of one alien in particular – this horse-faced fellow you see before you. “Many Bothans died to bring us this information,” said Mon Mothma, leader of the Rebellion, in Star Wars Return of The Jedi. Since then it’s been a never-ending battle to decide what Bothans – the Bothan Spies, that is – were and how they looked. In the most recent discussion on the matter, it’s clear: there is no one, single version of a Bothan, but many.

Pablo Hidalgo is the creator of the original Star Wars Index and is now a creative executive at Lucasfilm Story Group. He’s the fellow to go to when it comes to getting a final answer on whether or not something is “true” in the Star Wars universe. He’s a keeper of the Star Wars canon – the guidebook for which all official Star Wars media must follow (if it too hopes to be part of the canon storyline, that is).

As Hidalgo has suggested more than once, it’s not particularly important whether one Star Wars story is “right” and the other is “wrong.” All canon knowledge does is exist as a set of rules for other canon knowledge. There’s infinite room for interpretations and different points of view in Star Wars – as Obi-Wan was keen to point out in Return of The Jedi. 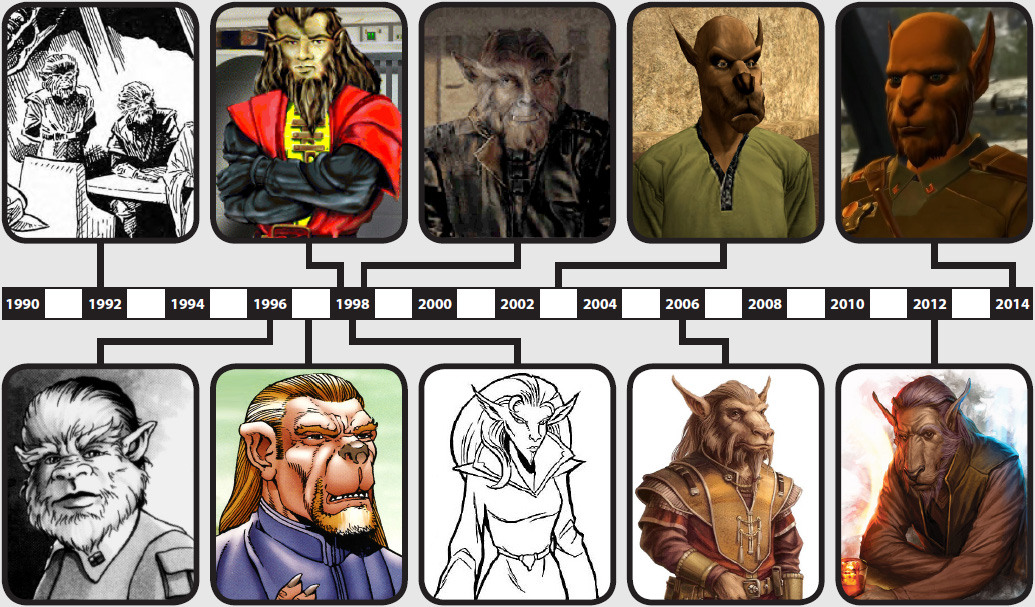 Above you’ll see a set of images which show the many different interpretations of what a Bothan might look like. This amalgamation of images comes from a Star Wars feature by Kevin Beentjes from back in February of 2015. The article it comes from discusses different versions of aliens in different Star Wars media.

Today’s mystery species comes from a Vanity Fair where Annie Leibovitz has taken a series of portraits. These portraits offer an early look at what The Last Jedi’s key characters will look like, as the same magazine and photographer did for Star Wars The Force Awakens. In a photo much like what was seen for TFA for Maz’s castle crew, here we see a group of slightly more dignified-looking creatures. 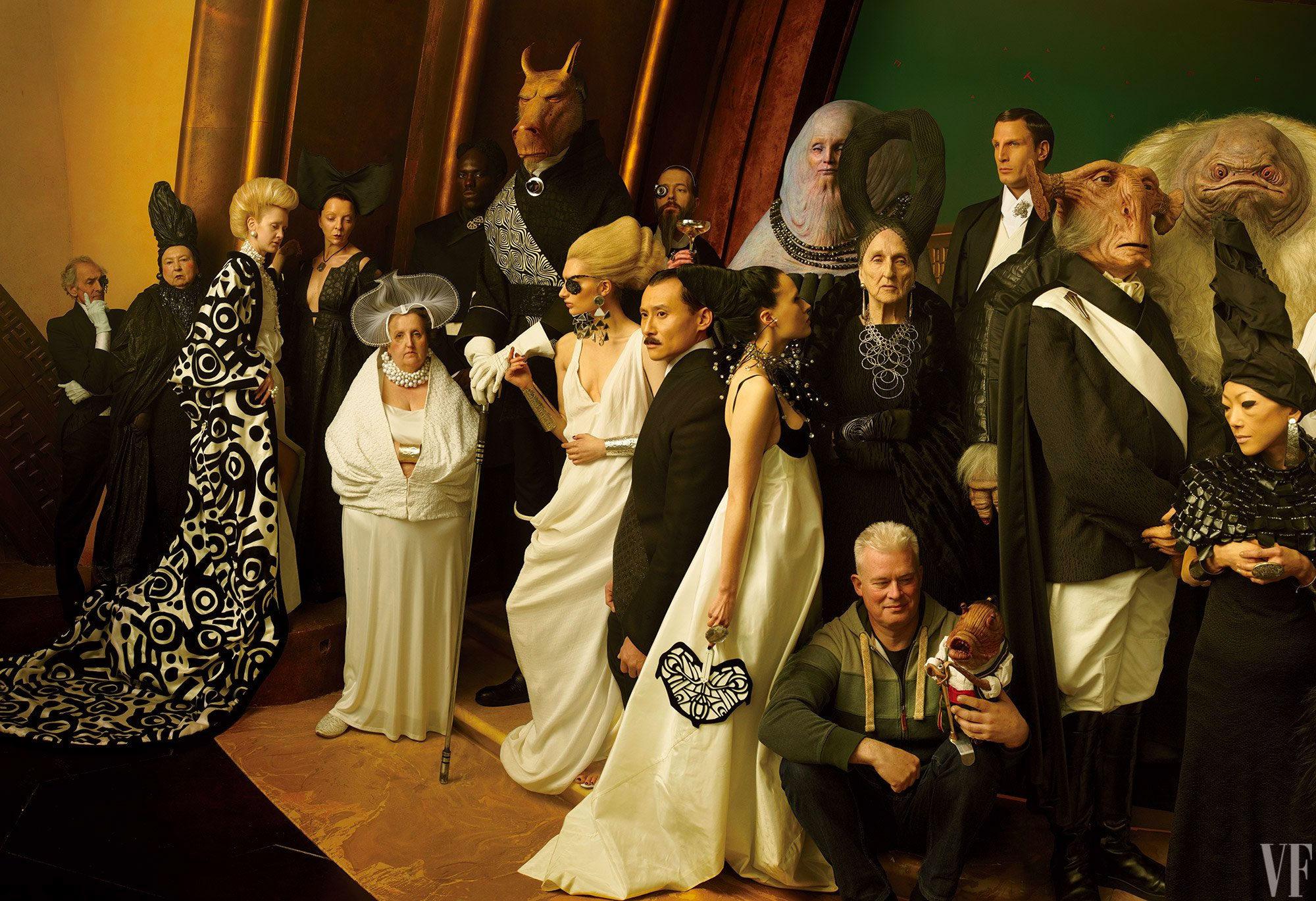 The largest creature in the photo – the least likely to be a spy – is the one that’s been suggested to be a Bothan Spy. This massive beast is not a spy, nor is it a Bothan. As Hidalgo suggested today on Twitter, “[that’s not a Bothan] because Bothans were created for but never seen in an on-screen source, if they were ever to feature we’d want them designed by the Art Dept.”

As Matt Martin, Creative Executive for Lucasfilm Story Group further confirmed – nor are any of the other characters shown below. Poochie is probably the closest to what I assumed a Bothan really looked like. Also, to be fair, Poochie’s home planet is probably in the Star Wars universe, based on the bit with which The Simpsons concluded his story. 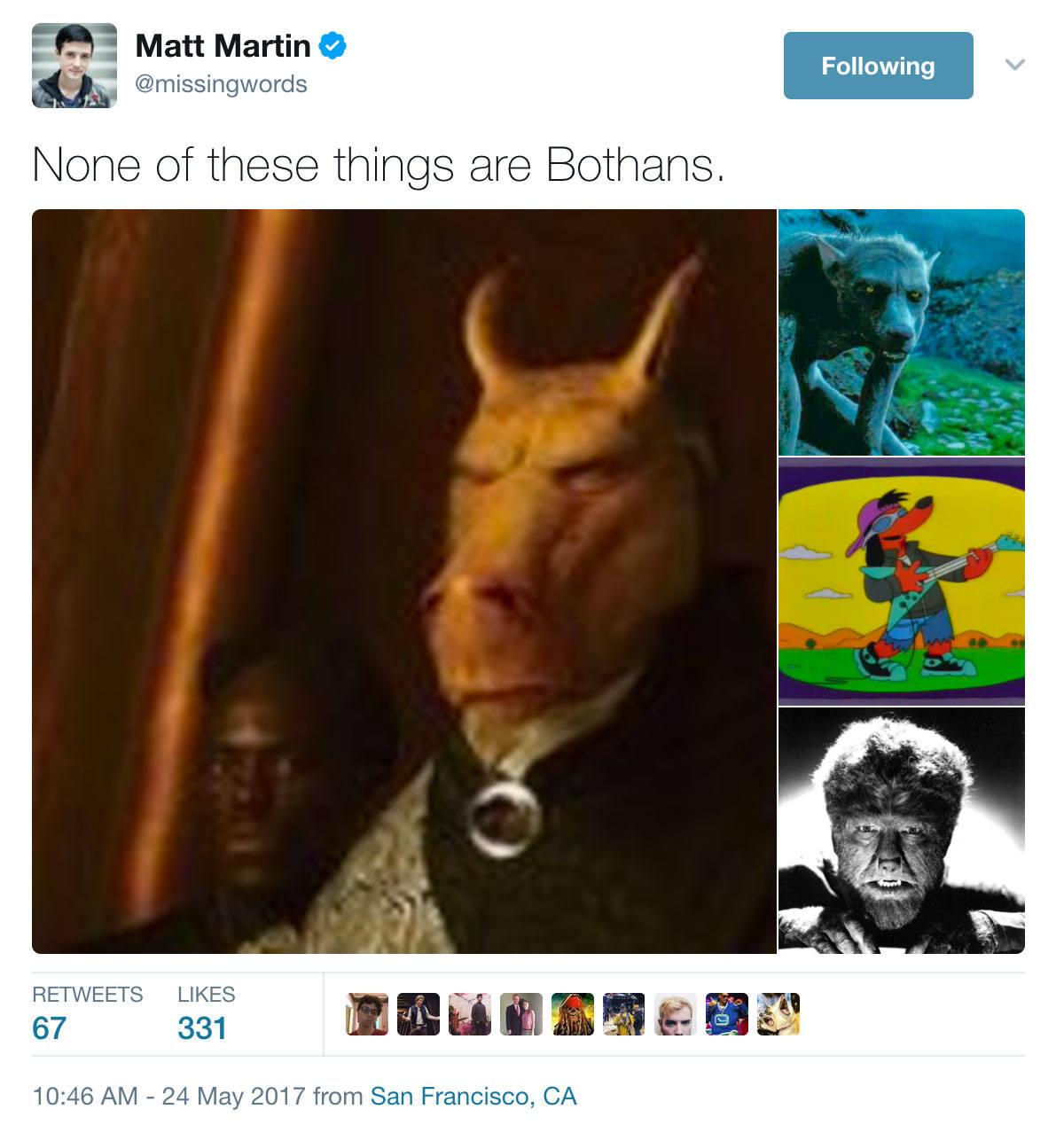 For more Star Wars action from SlashGear, have a peek at our semi-secret Star Wars SlashGear stream on Twitter. It’s got the sweetest stuff. Now that we’re just a few months away from the release of Star Wars The Last Jedi this December, we’ll be getting in deep!