If there’s a bittersweet lesson from Star Wars: The Last Jedi it’s that, whether you’re good or you’re evil, sometimes you have to give up on what’s most heartfelt before it brings about your downfall. That’s a lesson which fans must learn too, as they navigate how The Last Jedi embraces some of the franchise’s core concepts while rejecting others. In Star Wars, the deaths might be bloodless but that doesn’t make the losses hurt any less.

Spoilers suck, so don’t worry – we’ll be avoiding them in our review

Director and screenplay author Rian Johnson benefits from Abrams having done much of the groundwork before him. Star Wars: The Force Awakens was solid, but by the time we reached Luke Skywalker on his remote island it felt like the storyline was just getting started as the credits started to scroll. The Last Jedi squanders none of that advantage, launching straight into the action with the traditional yellow-text scroll playing as catch-up for anybody not previously paying attention. 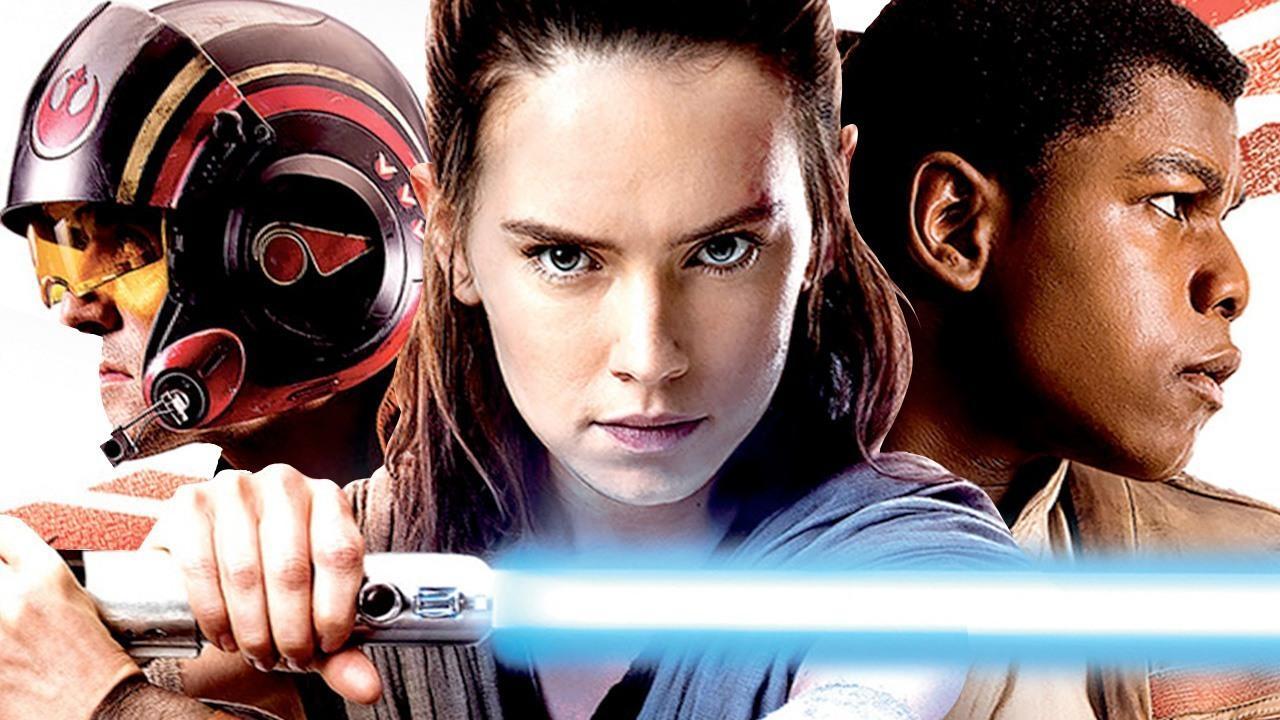 It’s been a couple of years, though, and the kids have grown up a little. Adam Driver’s Ren has lost some of his emo-waif, bulking up like the high school bully post-growth spurt but still with plenty of angst. He’s mesmerizing at it, too, brooding and predatory as he teeters on the edge between good and evil. Daisy Ridley’s Rey errs on the damp-eyed and two-dimensional at first, her dialog with both Ren and Skywalker initially clunky, but thankfully graduates beyond that as the stakes get higher and it becomes clear that if there’s redemption to be had, she can’t count on anybody but herself to deliver it.

In contrast, Finn (John Boyega) feels squeezed out when it comes to any significant character development. Johnson gives him plucky engineer Rose Tico (Kelly Marie Tran) to at least remind us that he’s no longer some brainwashed automaton in a Storm Trooper suit.

The Last Jedi is all about endings, and the loss that invariably comes with them. That can be a tender subject with Star Wars fans, who take affection for the in-universe mythos to obsessional levels. Johnson isn’t immune to nostalgia, but nor is he beholden to it, something made very clear only minutes into the two and a half hour running time.

Indeed, there’s a surprising – almost astonishing – amount of humor. The past couple of years have seen our superhero movies get darker, more nihilistic; trading futurism for fatalism. Whether you blame the current political climate for that, or simply an audience that’s time-worn and jaded, it’s a trend that has sucked much of the playfulness out of our visits to the theater. The Last Jedi restores some of that. 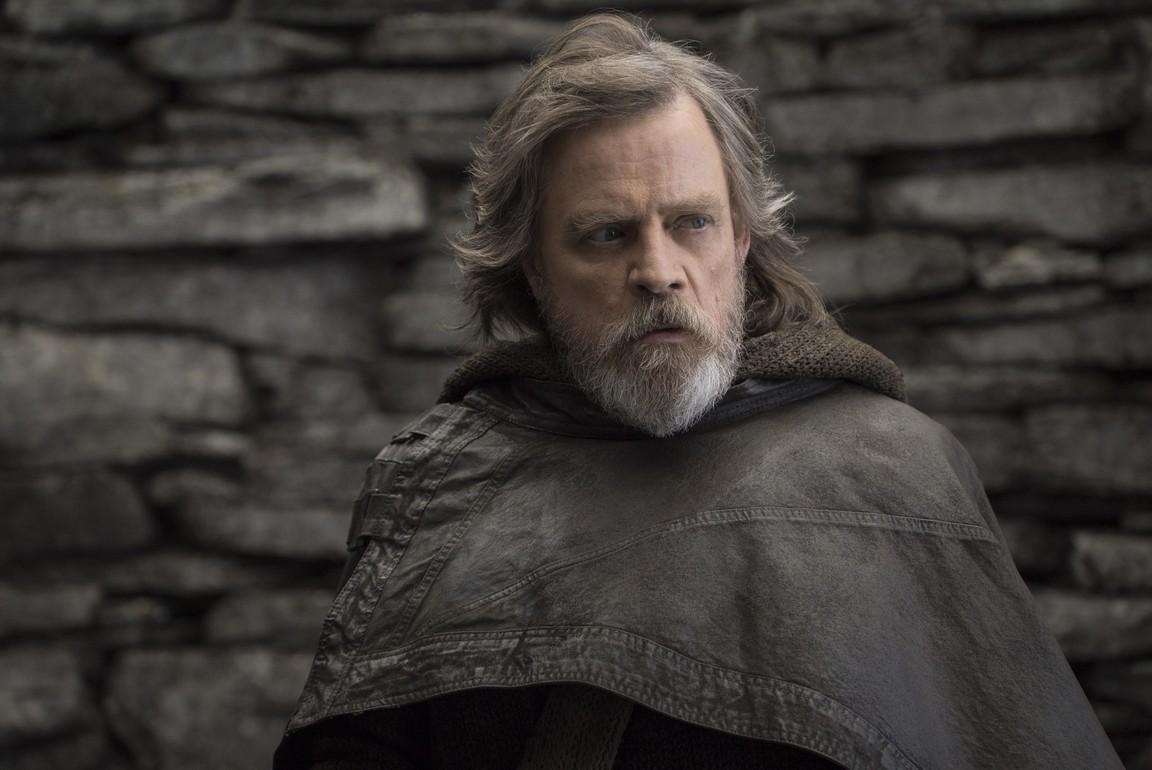 It’s not played for laughs, though. Instead, Johnson deftly overturns the moments in which you’d expect Star Wars lore to be in most effect. Far from undermining it, that only serves to make the characters more human, more personable. These aren’t just caricatures – well, most of them aren’t, anyway – of Fighting Girl, Disillusioned Jedi, or Grumpy Sith; they’re more three-dimensional than that. That galaxy far, far away, a long time ago, is not so straight-laced as to do entirely without sarcasm and a little slapstick.

Some of it doesn’t just border on the predictable, but steps across that line. The porgs, cutesy part-bird, part-hamster inhabitants of Skywalker’s island, are clearly both comic relief and cynical holiday shopping tie-in. Thankfully they’re neither as levered into the plot as the Ewoks once were, nor as painfully intrusive as Jar Jar Binks.

Andy Serkis, a man who spends so much time recreated in CGI that even just going to buy milk demands four hours on a render farm, plays familiar tropes as the evil Snoke, Supreme Leader of the First Order. No awards for subtlety, true, but if you like your villains sneering, shallow in depth, and facially lopsided, The Last Jedi has you covered.

That’s not to say it can’t be beautiful at times, too. The Last Jedi may make the most of Dolby Atmos’ bone-shaking surround sound, but there are moments of haunting poignance too. At one point, as the film distilled to silence for a few fleeting seconds, you could almost sense the audience’s collective breath being held. Johnson clearly has a thing for red. The Supreme Leader’s throne room is a crimson echo of the bloodshed involved in the First Order seizing power and holding it, while the final battle slashes brilliant white with blood red, a reminder that such bloodshed is still very much a part of today, too, if only in Disney-palatable metaphor. 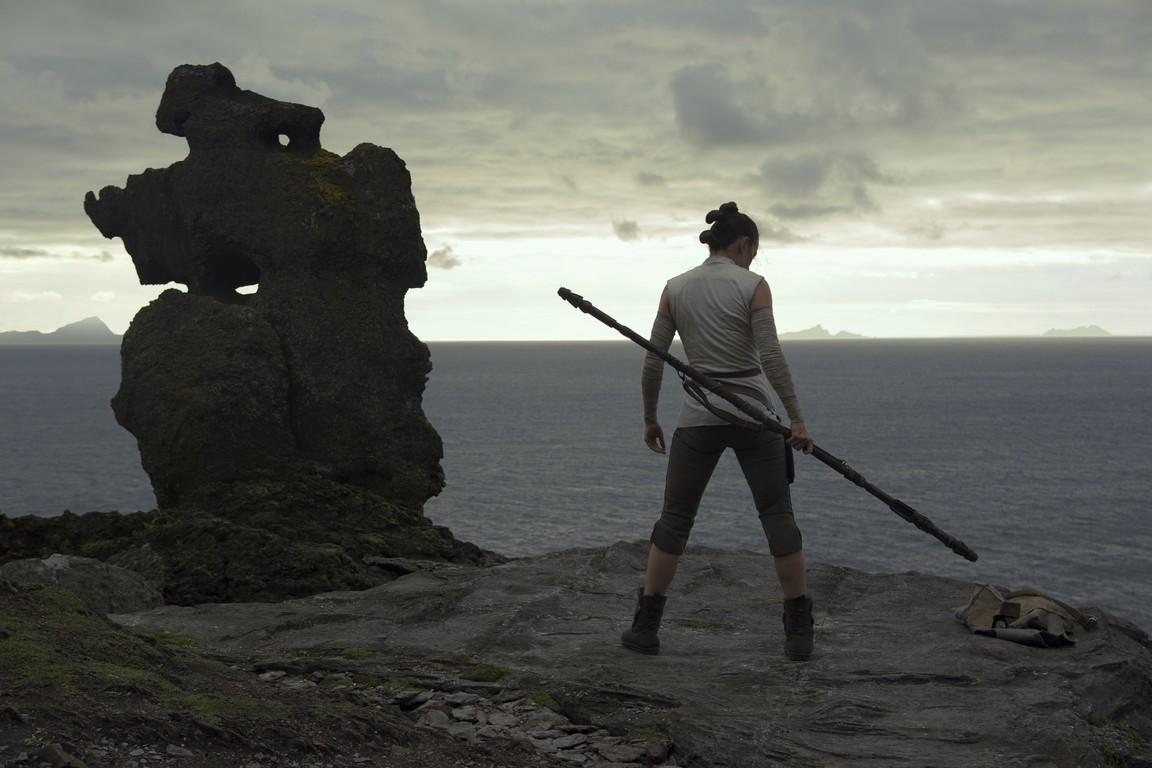 It’s only when you step out of the theater, imbued with a strange mix of swashbuckling elation and maudlin sorrow at the dedication to the late Carrie Fisher – the reminder of her death only helping her steal scenes when she’s on-screen as General Leia – that you realize quite how circuitous the plot really is. The film’s primary tension comes by virtue of a deadline so mundane that, for all that’s at stake, it feels lazy and contrived. Calls to check your moral compass, which encompass everything from animal cruelty to arms trafficking, are heavy-handed.

“Good guys, bad guys: made up words,” new character DJ (Benecio Del Toro) argues at one point, as he makes the case that shades of gray are all we can count on. The movie itself, though, has no such qualms, and for all the self-searching there’s seldom any doubt as to which way you should be rooting.

Star Wars: The Last Jedi will be in theaters from this Friday, December 15, 2017