Star Wars: The High Republic and a new lightsaber

This week the folks at Star Wars revealed a new sort of lightsaber that’ll appear first in The New Republic. This is a new era that takes place before the Prequel movies. That means it’s in an era before Luke Skywalker, before Darth Vader… but not before Yoda. And it’ll be elegant – oh, so elegant.

As we’ve seen in each new Disney-era Star Wars, the Star Wars universe gets dirtier and more grungy the further away from the Prequels we get. When we first saw Episode I: The Phantom Menace, we had a bit of a shock. This wasn’t the “used future” we saw with Star Wars: A New Hope – it wasn’t ALIEN. It was clean, and shiny! 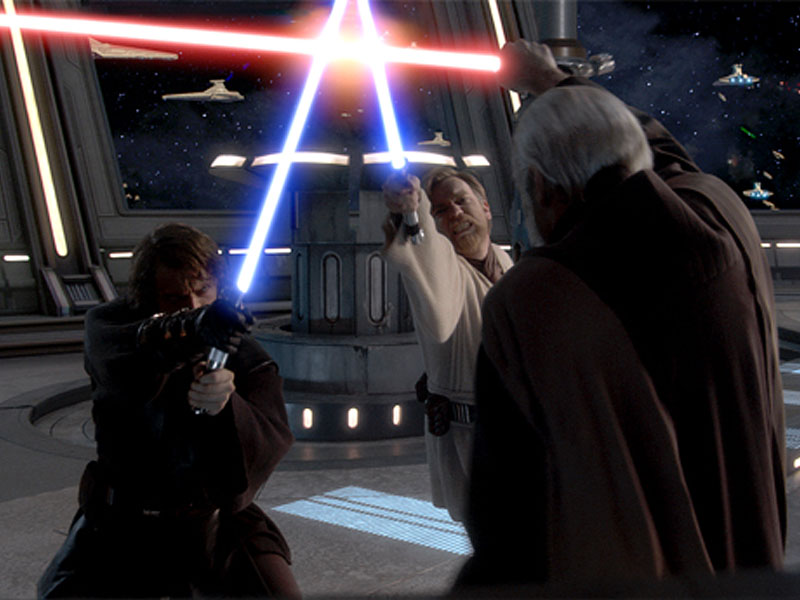 Unless you were on Tatooine, where it’s always been a bit rugged. It was on Tatooine, during A New Hope, that Obi-Wan revealed the most important point of order for the future of the Star Wars universe when he introduced the lightsaber. 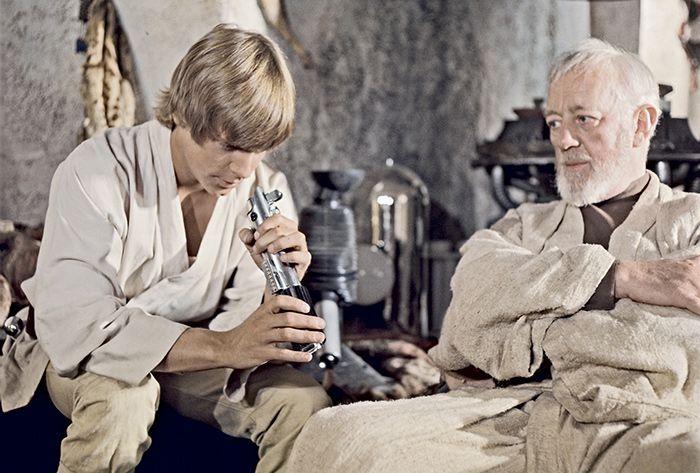 The lightsaber is an elegant weapon from a more civilized age, he said. He repeated the sentiment in Star Wars: Revenge of the Sith when he tossed a blaster aside, saying “so uncivilized…”

Now, Star Wars: The High Republic was revealed in the year 2020 with indicators for material starting in 2021. This is an age in the Star Wars universe that’ll be covered in our reality with comic books and novels – “and beyond.” That generally means video games, but it could mean television series and/or movies. It likely depends on how well the comics and novels are received.

In the latest release from Star Wars on the subject, we’ve been given a glimpse at a new sort of lightsaber. 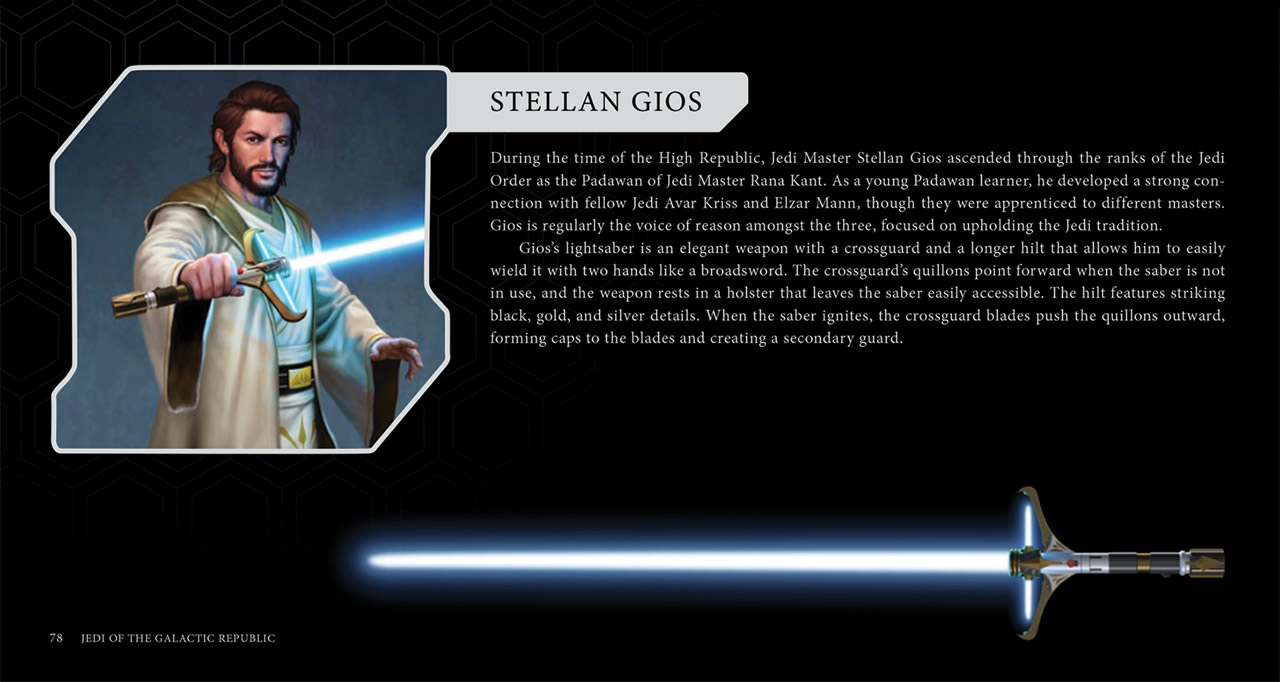 This is Master Stellan Gios’s lightsaber. It has mechanical, moving parts, a cross-bar, and an activator button. This particular lightsaber is a key example of the way in which this era will be delivered.

“Internally, we often refer to the Jedi of this era as ‘the Jedi Knights of the Round Table,'” said Michael Siglain, Lucasfilm Publishing’s creative director. “Taking that idea one step further, their sabers can be viewed as their own versions of Excalibur.” 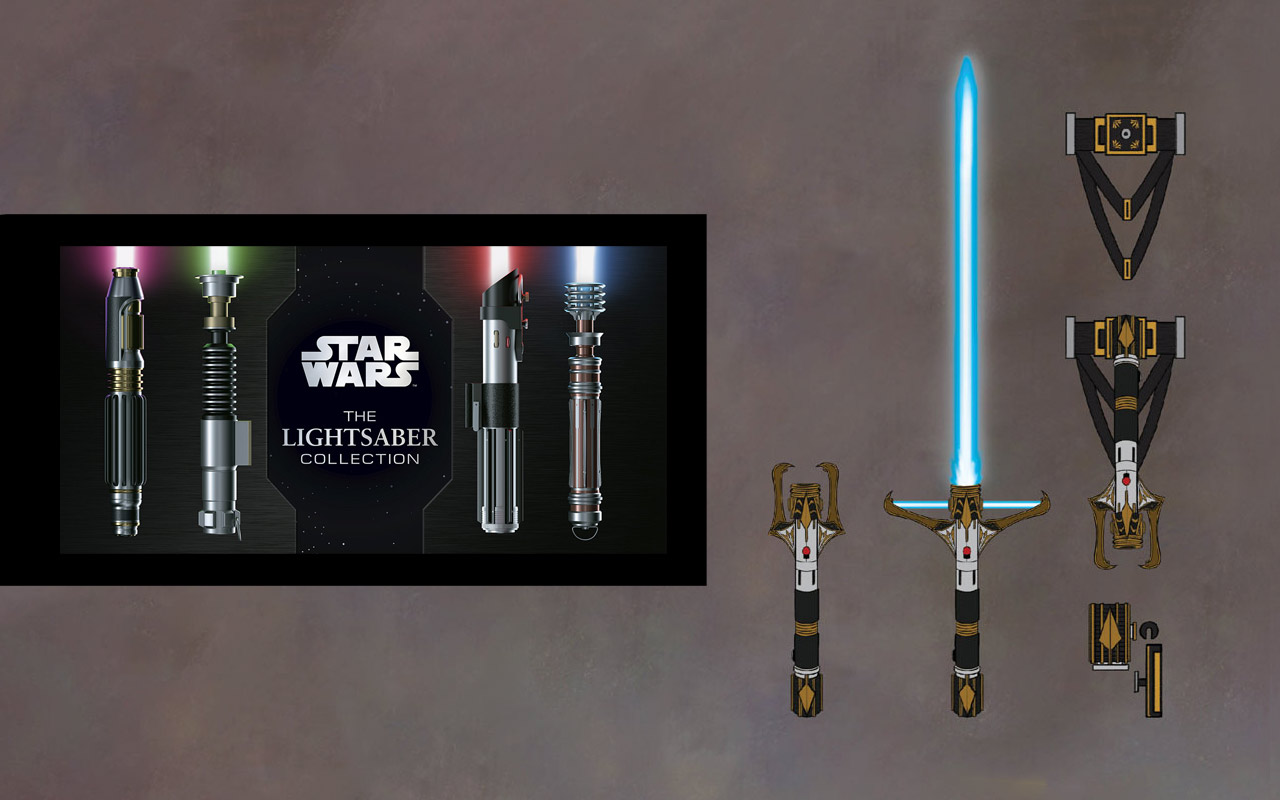 This lightsaber’s “early peek” is part of some press for a forthcoming book called “Star Wars: The Lightsaber Collection.” It’ll be published by Simon and Schuster and will be available for approximately $30 USD. This book should be available in stores on around October 20, 2020. You’ll find the book with ISBN13 code 9781683839781 – and it’s 156 pages long.

This may be the first official published material we’ll get from the Star Wars: The High Republic era. It would appear that everything else (every other book, that is), remains set for release in January of 2021.