Today Star Wars: The Force Awakens has another big photo drop as Entertainment Weekly is given access to the film’s set. What we’re doing is taking a peek at the photos they’ve been given, one by one. These photos reveal bits and pieces of the new Star Wars film in a way that might be considered SPOILER ALERT-worthy. So keep that in mind when you begin the dive-in below. The first photo here is blurred so that you’ll have ONE MORE CHANCE to get out before the spoilers begin.

The first image you’re seeing here has the character Finn running from a destroyed TIE fighter, “afraid, desperate, but lucky to be alive,” according to Entertainment Weekly. 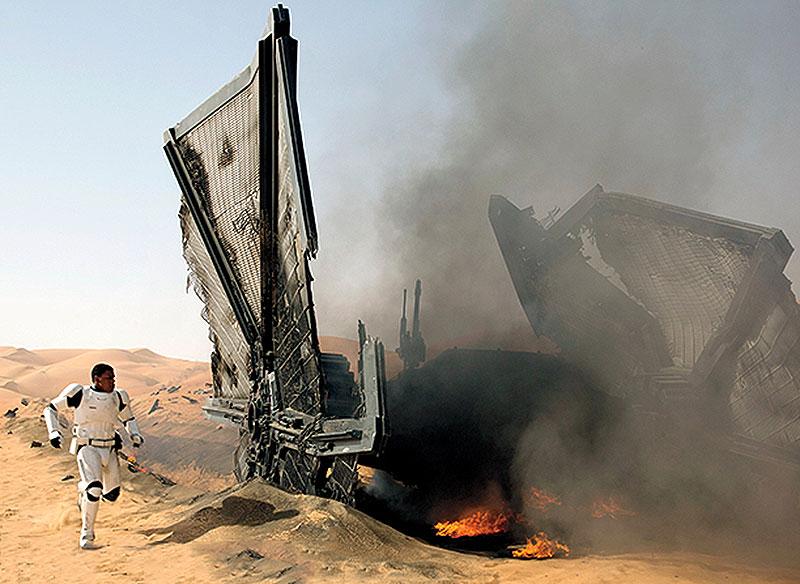 Next is the first appearance of a scavenger atop a rugged metal-clad four-legged creature near Rey and BB-8. The small scavenger fellow here MIGHT just be the same one that hands a lightsaber to Princess Leia in the second Teaser trailer. 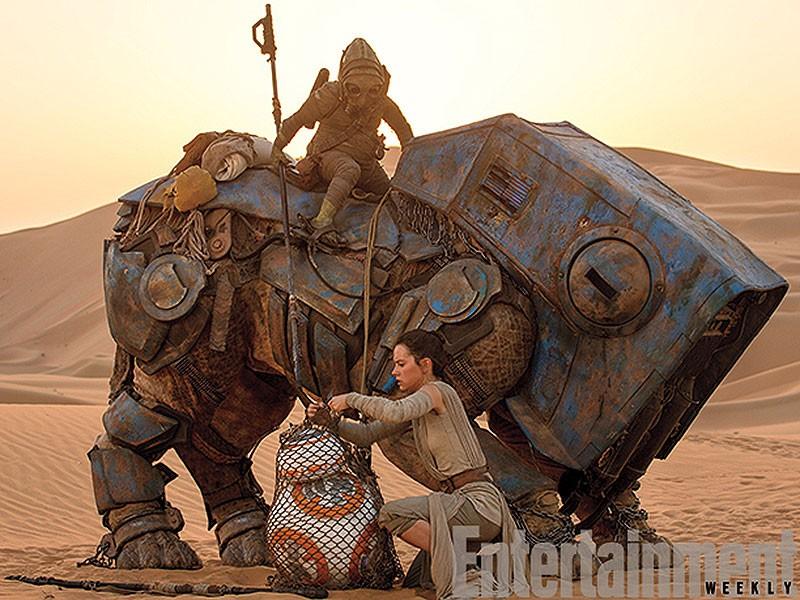 Here we get our first real confirmation that C-3PO’s broken arm is now red. He’s been nude, had a silver arm, gone gold, now he’s moved on to red. To the right is Kylo Ren, a character who, according to JJ Abrams, is part of a group called the Knights of Ren. His name is akin to Darth Vader in that each Knight has a unique name assigned to them. 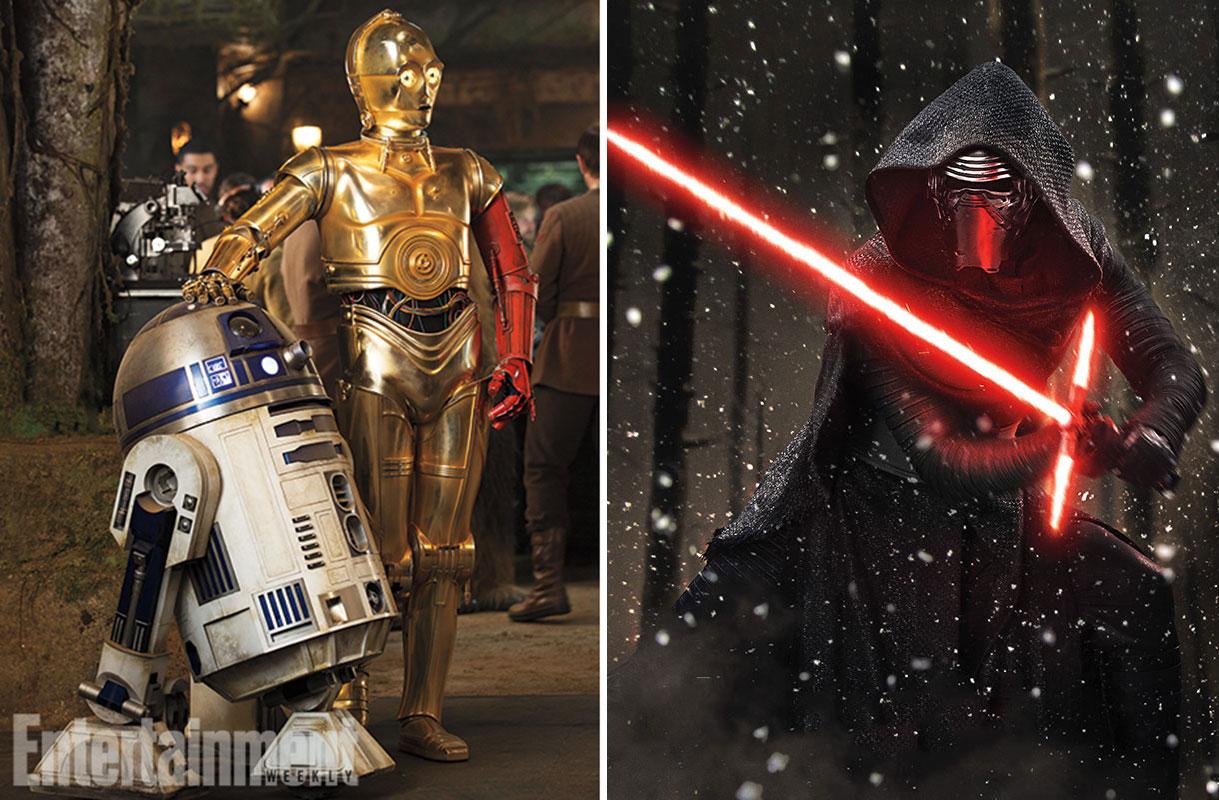 The scene you see here with several First Order Stormtroopers takes place near a “peaceful Jakku village.” This is the same planet you see above with Rey in the desert. 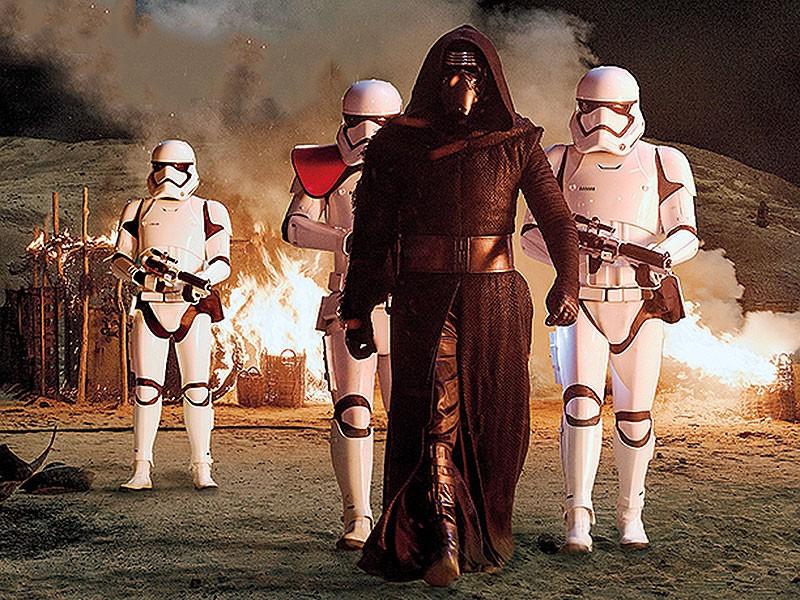 The man in black here is General Hux. Hux is a “cruel leader of The First Order” and here appears aboard a ship with another First Order Stormtrooper. In the background of this X-Wing pilot photo you’ll also see a GONK droid. The X-Wing is black, too. 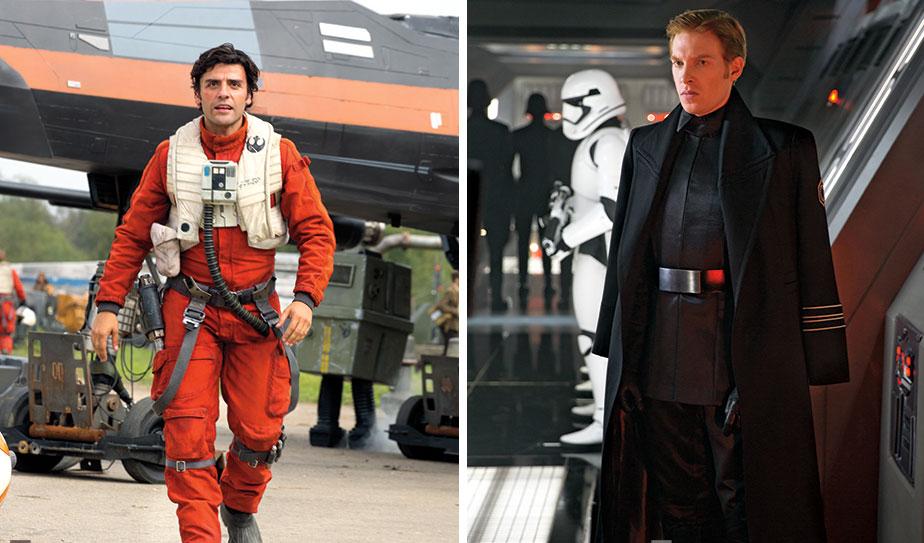 The elite stormtrooper you see here is Captain Phasma. Behold her shiny gun. 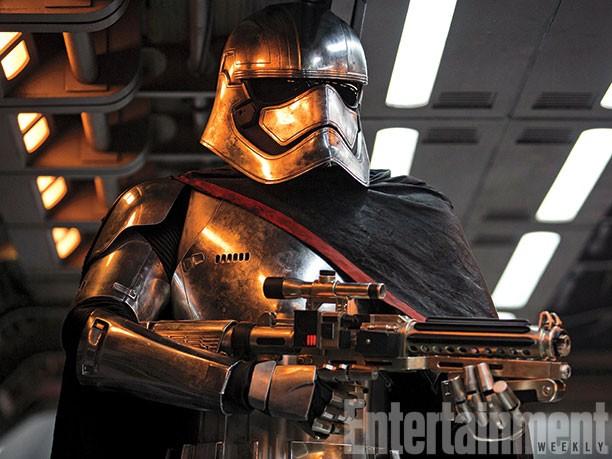 This behind-the-scenes shot confirms the living space/base of Rey, built inside the fallen body of an Imperial Walker. 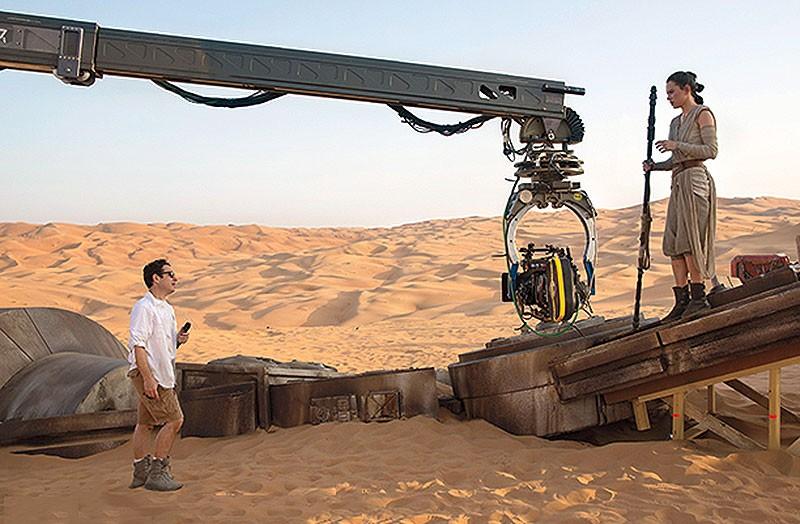 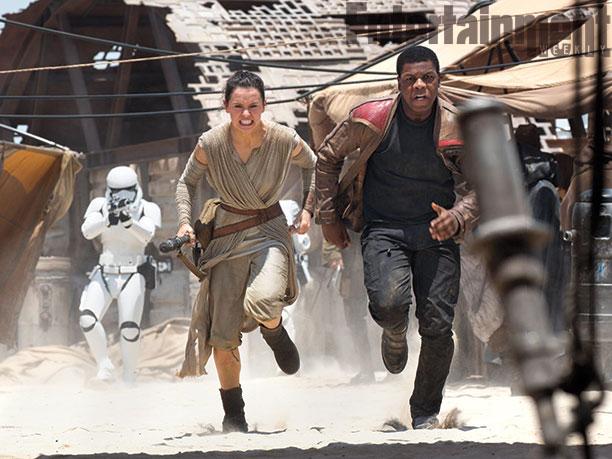 Star Wars: The Force Awakens will be out in theaters on December 18th, 2016. Until then, drop in on SlashGear’s Star Wars tag portal for more details than you’ll ever want to admit you’ve read.