The following is a terrible tale from the Star Wars archives – perhaps a secret that was best left covered up. Ahmed Best, the actor who famously played the character Jar Jar bunks in the Star Wars prequels, had an interview this week in which he revealed the original actor maybe, sorta cast in his role. This story begins at a Michael Jackson concert attended by George Lucas, his two kids, Natalie Portman, and Best. Together they would find out how absolutely insane the Star Wars prequels could have really been.

About a year ago Best did an AMA with Reddit in which he suggested the following in response to a question about how he got the role of Jar Jar. “I auditioned,” said Best, “Michael Jackson really wanted to do it but George picked me. Marinate on that one. I still am.” 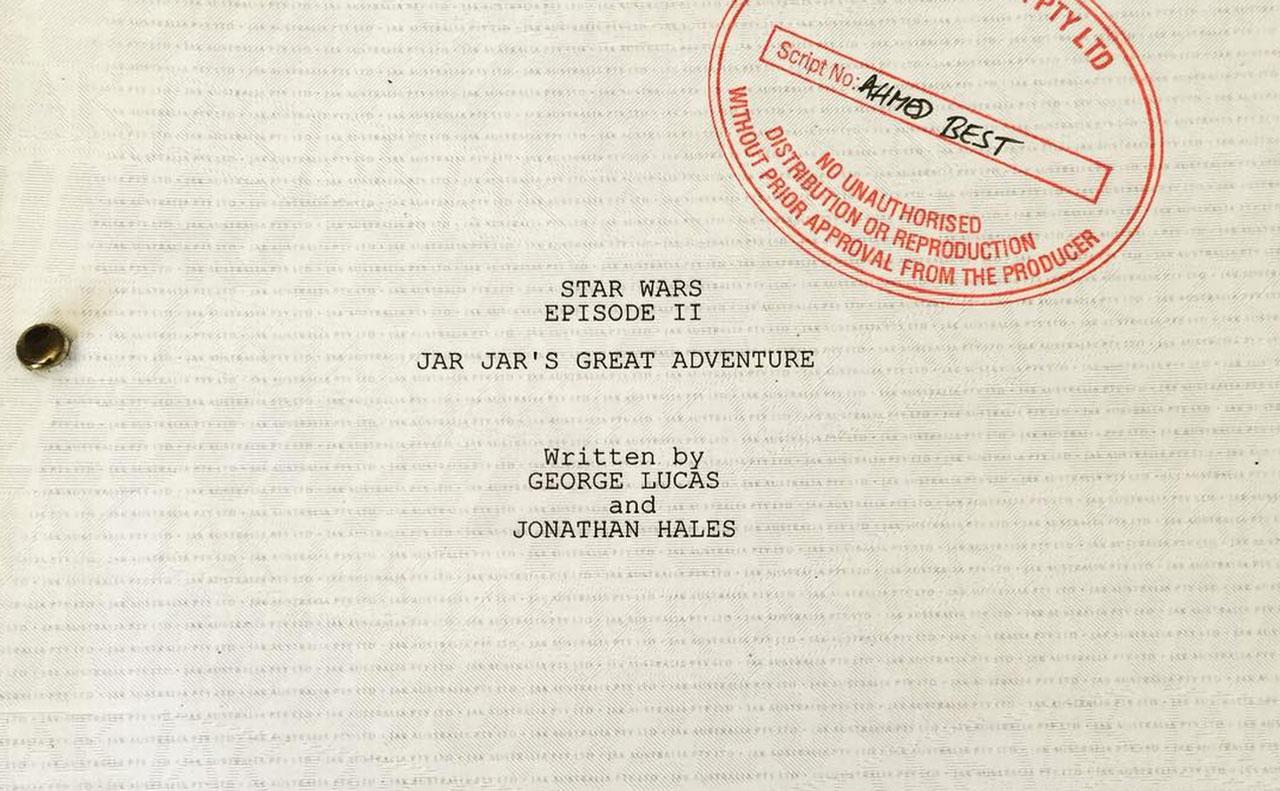 Above: photograph via Best of the first draft of the script for the film that would become Attack of the Clones. George Lucas apparently did this with knowledge that the title would leak to the press – doing so as a joke.

Fast forward to this week’s Vice interview with Best and you’ll see the whole story as it played out.

“We were taken backstage and we met Michael,” said Best, “There was Michael and Lisa Marie [Presley].”

“George introduced me as Jar Jar and I was like – that’s kind of weird. Michael was like, ‘oh, OK.’ I thought, what is going on?”

Later, explained Best, at an afterparty for the event, Best was sitting with George Lucas and asked, “Why did you introduce me as Jar Jar?”

Lucas responded, “Well, Michael wanted to do the part, but he wanted to do it in prosthetics and makeup like Thriller.”

Best continued with Vice, “George wanted to do it in CGI. My guess is ultimately Michael Jackson would have been bigger than the movie, and I don’t think he wanted that.”

Sadly Michael does not appear in any Star Wars film (yet). Maybe we can hope for a hologram the likes of which we’ve seen in South Park? Or maybe a few scenes mixed in from Captain EO?

See another oddity in the history (or rather future, at the time this article is published) of Star Wars in [Star Wars: The Force Awakens tiniest detail revealed.]