At long last, it’s time for a proper LEGO Mos Eisley Cantina. LEGO released a couple of editions of this location in the Star Wars universe before, but the size of the tavern was limited. We’ve gotten fractions of this watering hole before, but never one so complete as this.

If you’re one of the few Star Wars fans that’ve attempted to build a full-sized (minifigure-sized) cantina with LEGO bricks before, you know that it’s got some massive potential. If you really, truly want to depict the full scale of this location, LEGO provides a perfect scale. It’s a giant undertaking, but it’s not so gigantic as to be impossible. We’re not talking about building a full Death Star, here. 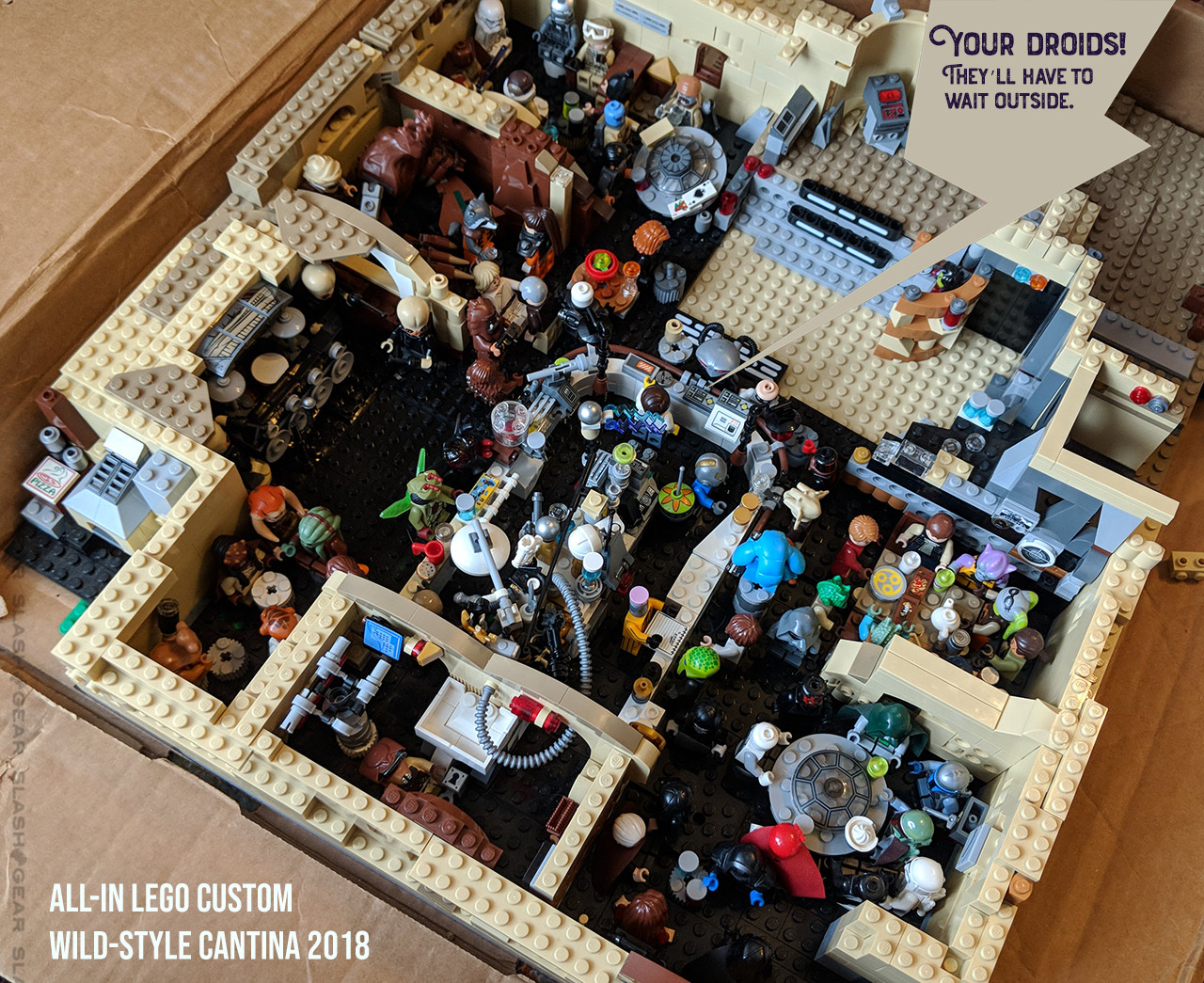 As you’ll see above in our attempt at a full cantina constructed a few years ago, we’ve got a location that could potentially sit on your dining room table. Or at least that’s what the initial LEGO Cantina set suggested, given its scale decisions. You’ll see the otherwise-most-recent LEGO Cantina in the image just below this paragraph – then you’ll see the 2020 reboot. 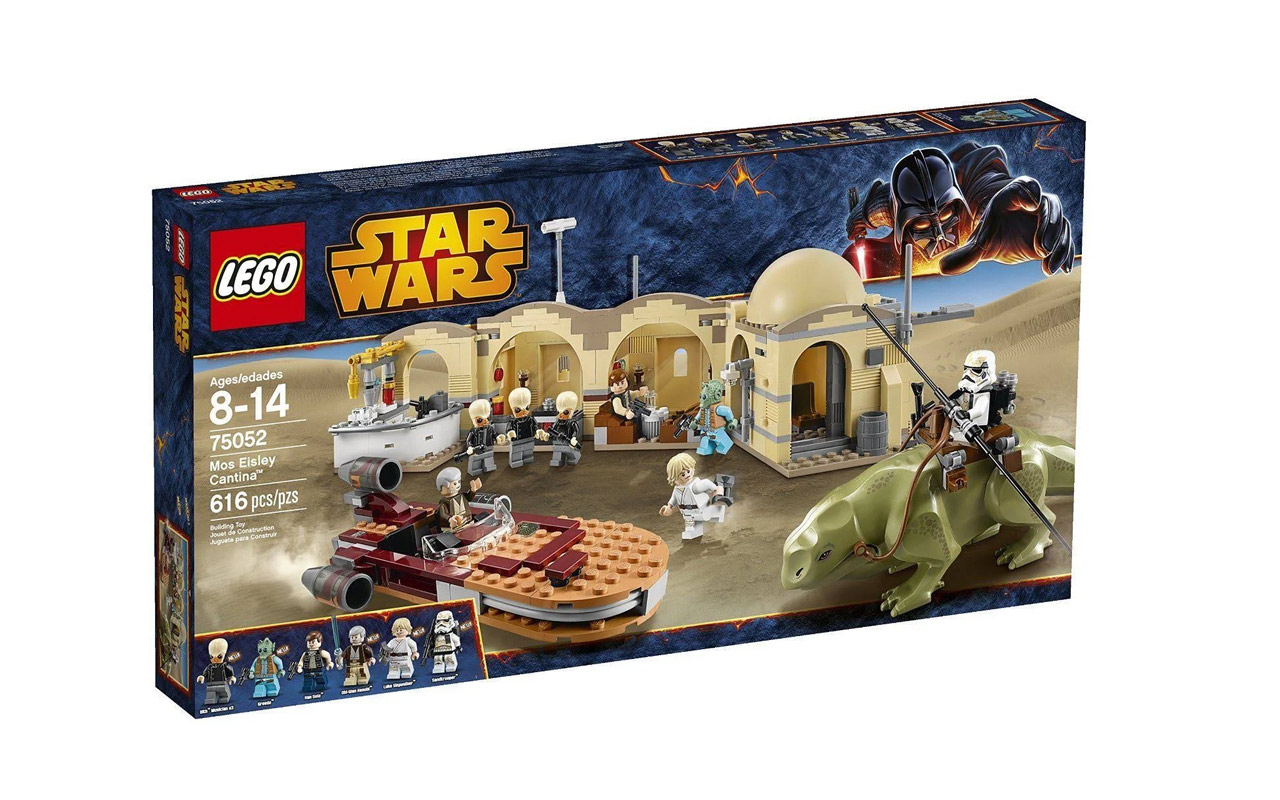 Now, there’s a LEGO Mos Eisley Cantina that’s 3187 pieces large, with a price of approximately $350 USD. This set doesn’t just deliver the bar and a booth or two. You’re getting the whole deal. Now, LEGO’s decided to YOLO the whole place. 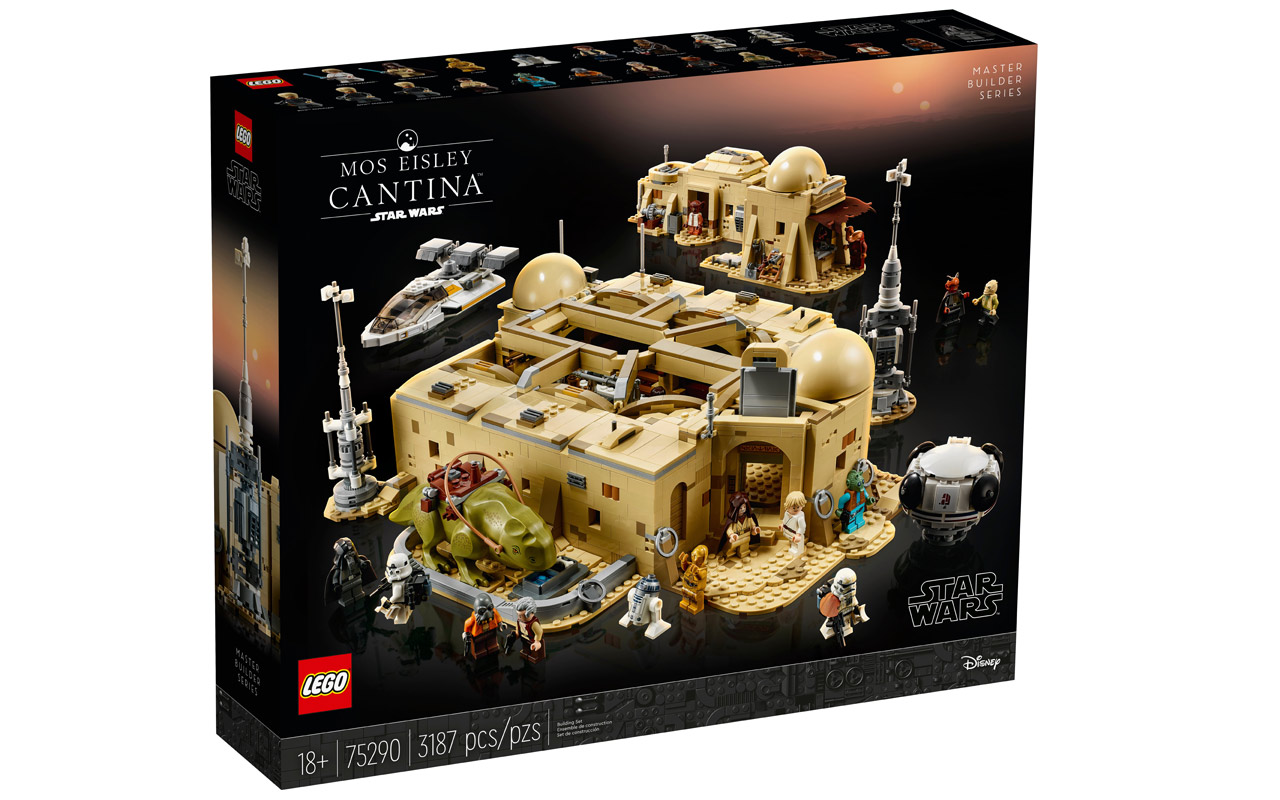 In this set, you’ll find every one of the minifigures shown above, including a few that have never been released by LEGO before. You’ve likely already got a pair of Sandtrooper Stormtroopers, a Jawa, C-3PO, R2-D2, Obi-wan, Luke Skywalker, Han Solo, and Chewbacca, but look at that bottom row!

If you previously purchased a LEGO Cantina, you might already have the whole Figrin D’an and the Modal Nodes band, and Greedo, maybe even Wuher. This set also contains Poda Baba (with new for 2020 molded head), Dr. Evazan, Kardue’Sai’Malloc (AKA Labria, the Devaronian ‘devil’ man), and Kabe, the mouse kid! 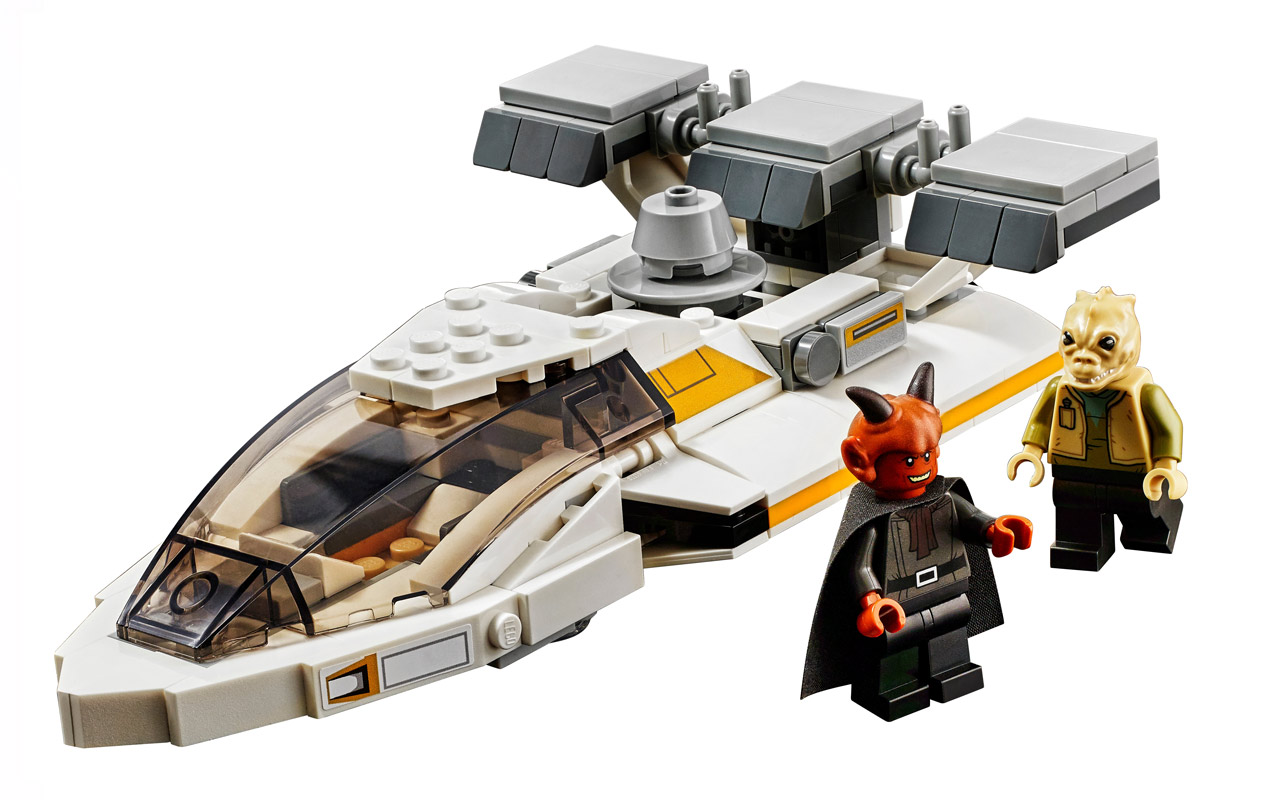 There’s also a brand new molded head for Garindan – that’s the spy fellow who sold Luke and friends out to the imperials in A New Hope. This set includes a first-ever build of the V-35 speeder, a new edition of the Dewback (similar, but not identical to the old version), and a whole bunch of other stuff.