The latest canonical story action in the Star Wars universe comes courtesy of the Star Wars comic book series from Marvel Comics. In the latest issue (Star Wars #16, 2021, Marvel), we see the very familiar face of a character we only recognize because we’ve seen a scene cut from the original Star Wars movie. Filmed for Star Wars (now called A New Hope), a scene showed Han Solo meet up with a very human version of Jabba the Hutt.

Originally filmed for the first-ever Star Wars movie, a scene featured Harrison Ford and his first meeting with Jabba the Hutt, as played by Declan Mulholland. Below you’ll see a well-constructed 3-up video showing the first version of the scene as well as the subsequent edits (including the last version that remains in the “final” cut of the movie today).

This original human Jabba wasn’t exactly what George Lucas had originally planned on using. Depending on who you ask, this scene was filmed as a placeholder for special effects that’d be added later – stop-motion, or something else that hadn’t yet been invented for creators with imaginations as wild as Lucas. This scene didn’t make the cut for the original version of the movie – it was only later brought back once the technology could meet the task. 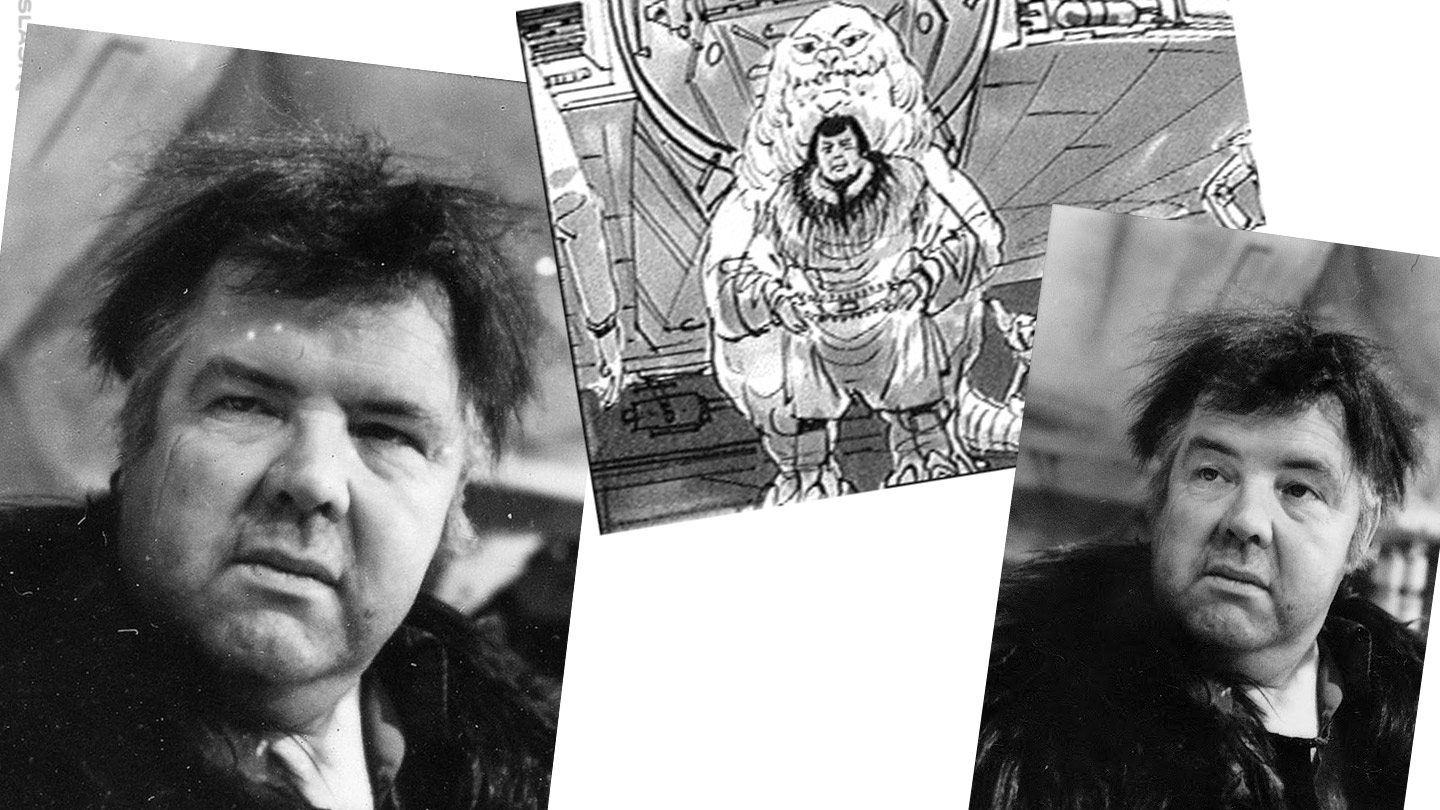 The human version of Jabba has a fairly distinctive look. Not nearly so distinctive as Jabba turned out to be, of course – but still. He had potential! What very much appears to be the same character as portrayed by Mulholland appeared in a Star Wars comic here in the year 2021. 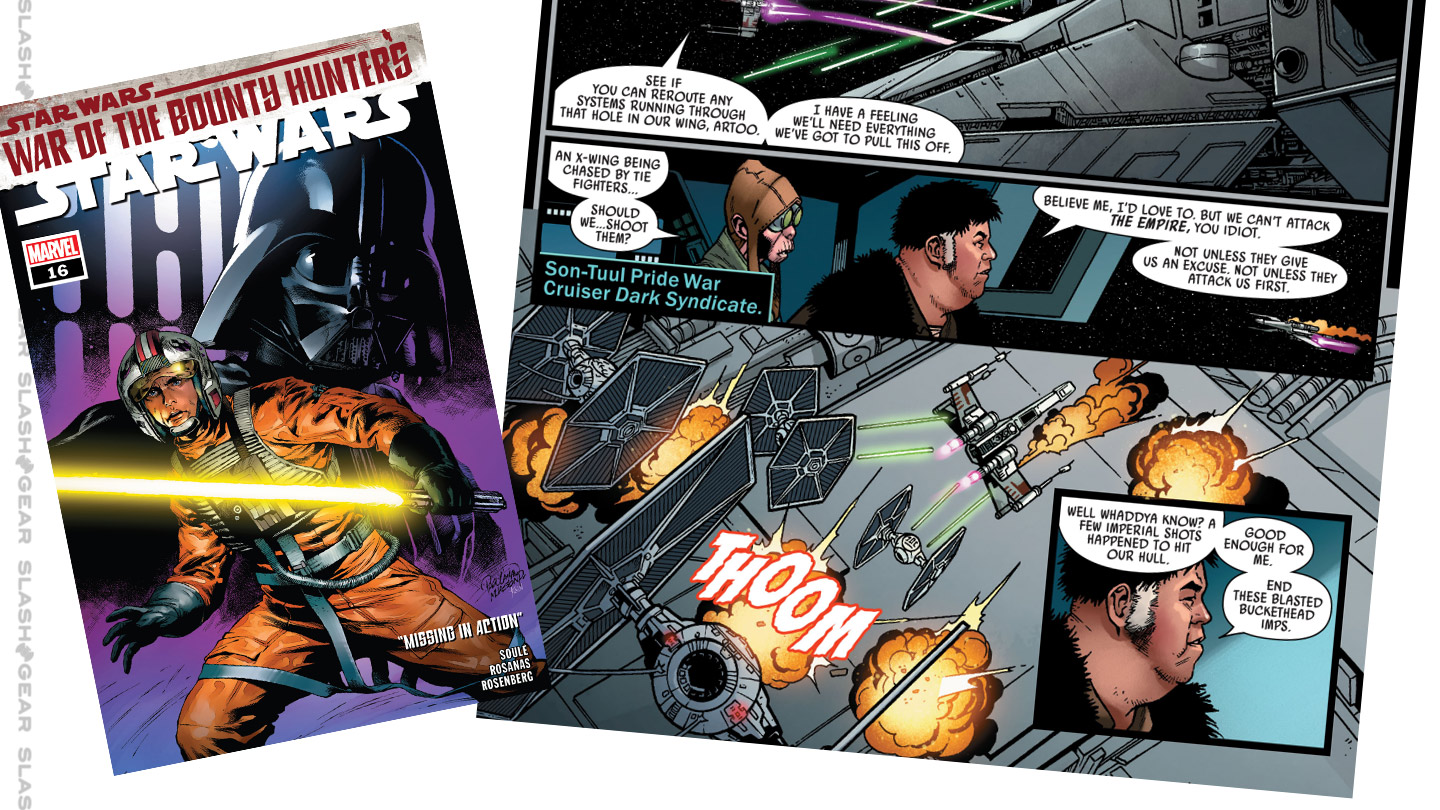 As discovered by Gizmodo this week, here in the comic Star Wars #16 (2021), we see the same face we saw back in the cut scene from A New Hope (1977). This comic strip shows a character that’s the same size and shape as the original filmed representation of Jabba, complete with the fur coat, brown hair, and white sideburns. 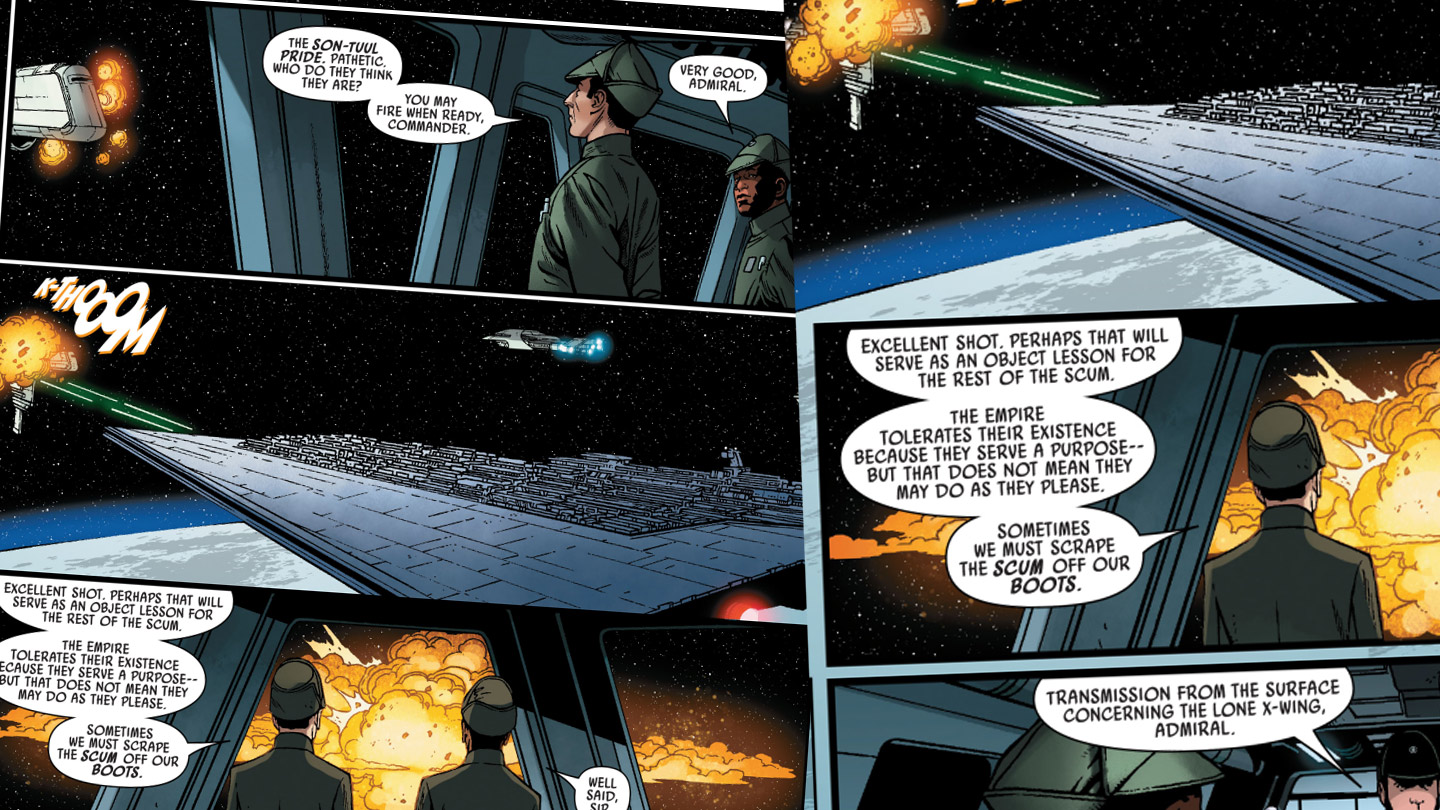 This character is effectively destroyed in quick order, complete with what might be construed as a cheeky jab at the persistence of the original Jabba footage, or the Mulholland personification of Jabba in general.

It might be possible that this newest character shown in the Star wars Marvel comic book from 2021 is none other than the character Heater. Much like a Mall Santa, the story of Heater appears to be one of a “stand-in” for Jabba.

Heater is, or was, the first way in which the Mulholland character was fit back into the Star Wars universe – with a different name. The original footage of Mulholland was eventually fit with graphics matching George Lucas’s vision for the project, but not before the visual representation of human Jabba was changed to one of “Heater.” Heater can be heard in the original Star Wars radio drama as voiced by Joel Brooks in a scene that’s essentially the same as we see in the original Jabba footage. 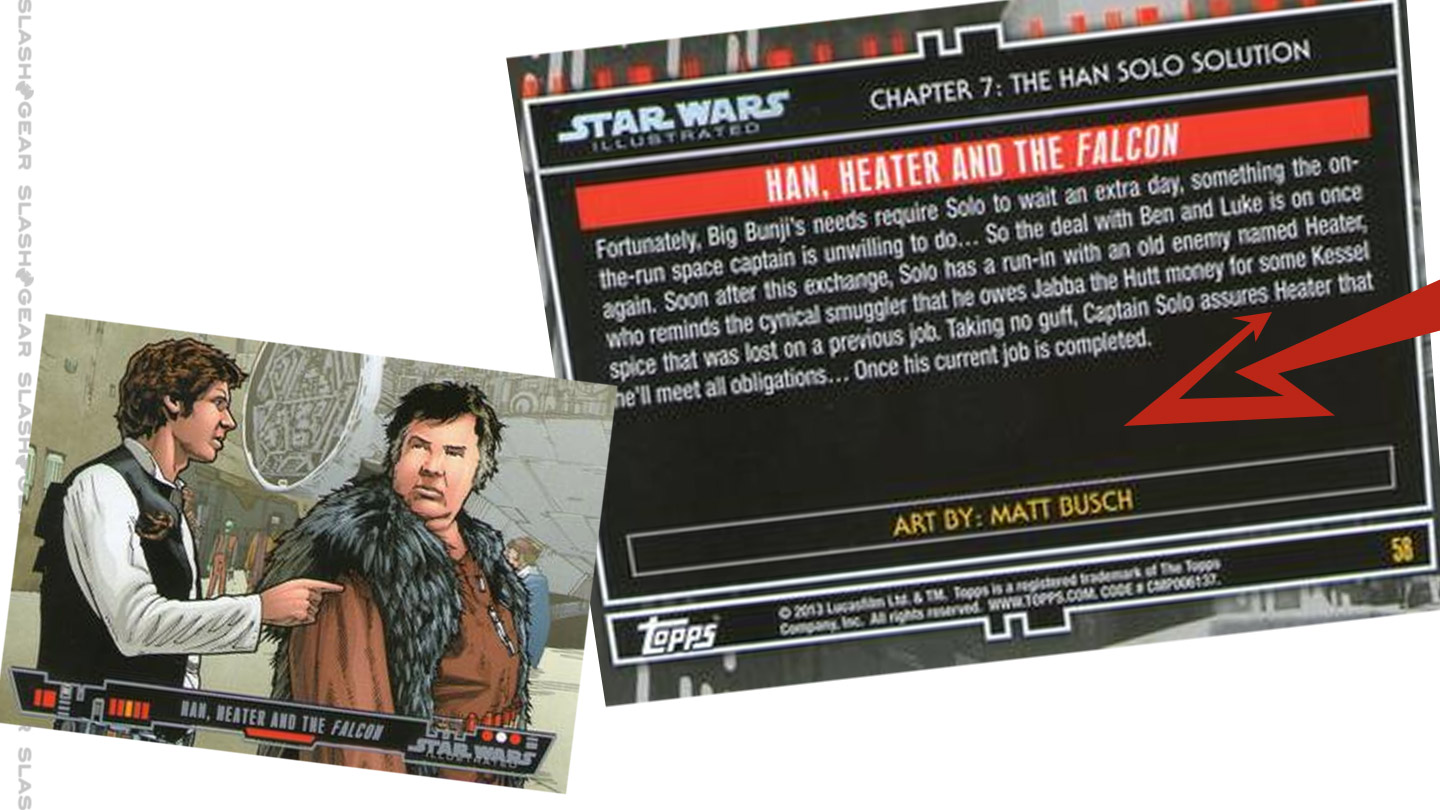 Subsequently, Heater is shown in “Star Wars: The Essential Guide to Characters” published in 1995, then in writing in Tales from Jabba’s Palace. He also appeared in Topps trading cards with an illustration that’s very clearly using the original Jabba footage as its source material, as the Heater from the radio drama. This card is part of the 2013 Topps Star Wars Illustrated A New Hope set.

It’s possible, but not entirely likely that this Heater is the same person as we see in the new 2021 Star Wars comic. If we believe there is a Sacred Timeline of canonical facts that make up the Star Wars universe as it stands today, Heater would still (most likely) be part of Jabba’s crew at the point at which this new Star Wars comic is set – between The Empire Strikes Back and Return of the Jedi. 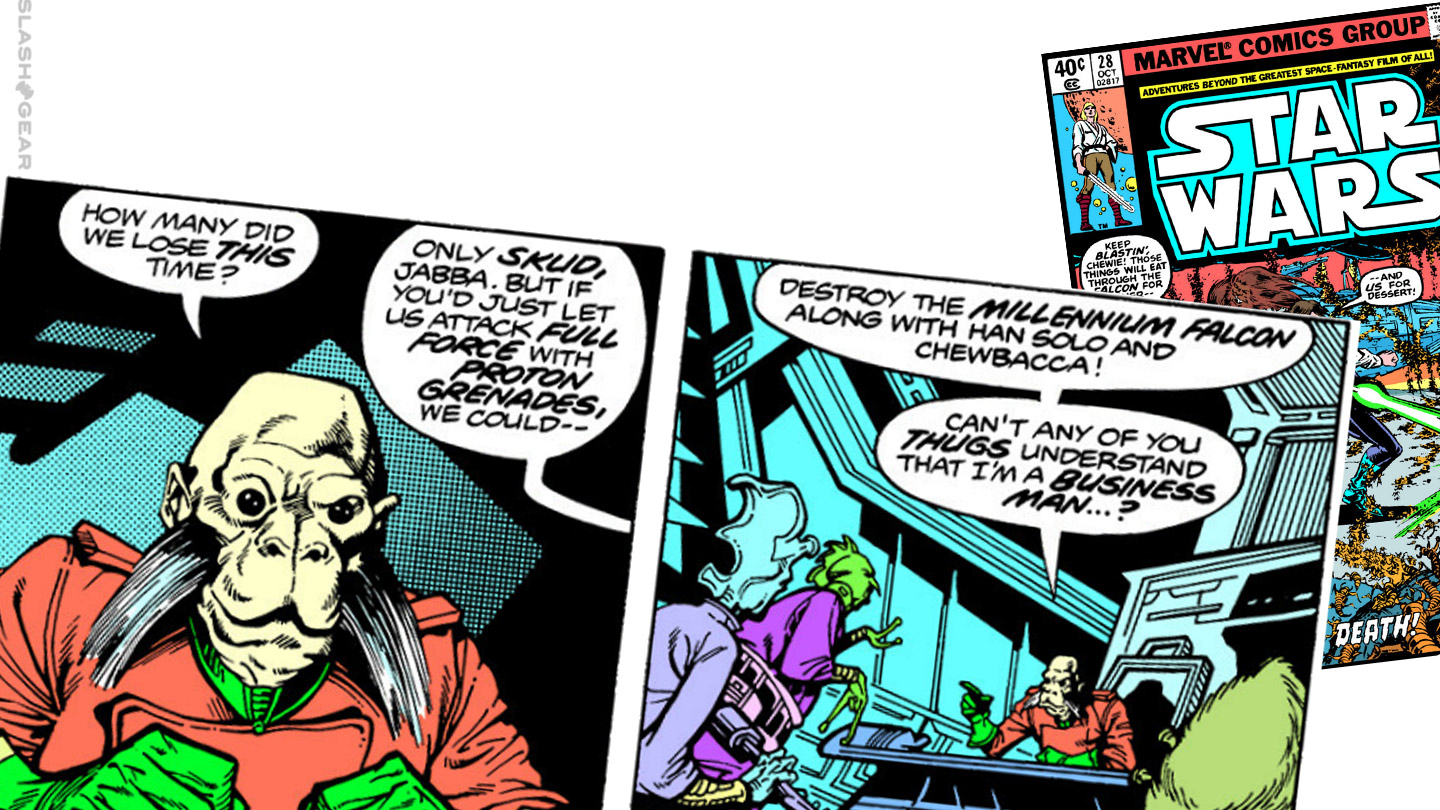 BONUS NOTE: “Jabba” appeared in the original Star Wars comic series (also from Marvel) looking a lot more like a slim stock alien from the Mos Eisley Cantina than he does a Hutt. His look is effectively usurped by that of Mosep Binneed, a Nimbanel alien that appeared in both A New Hope and Return of the Jedi – with a retconned storyline as Jabba’s accountant!