Admit it: you’ve pretended to be a Jedi, swinging a lightsaber and making “vroo-vroo” sounds. Now, you can put those hard-earned fighting skills to good use, with Star Wars: Jedi Challenges. Combining games and adventures from the Disney movies with a brand new Lenovo Mirage AR headset that brings augmented reality to a hitherto-unseen price point, it’s finally a chance to test out your own Jedi talents.

Back when Disney and Lenovo first revealed the Jedi Challenges system, we had one big question: how were they making the augmented reality displays cost-effective? Transparent screens aren’t new, certainly, though as we’ve seen with Microsoft’s HoloLens they’re still expensive. More critically, they’re relatively small when it comes to field of view, the amount of your vision that is overlaid with the digital display. 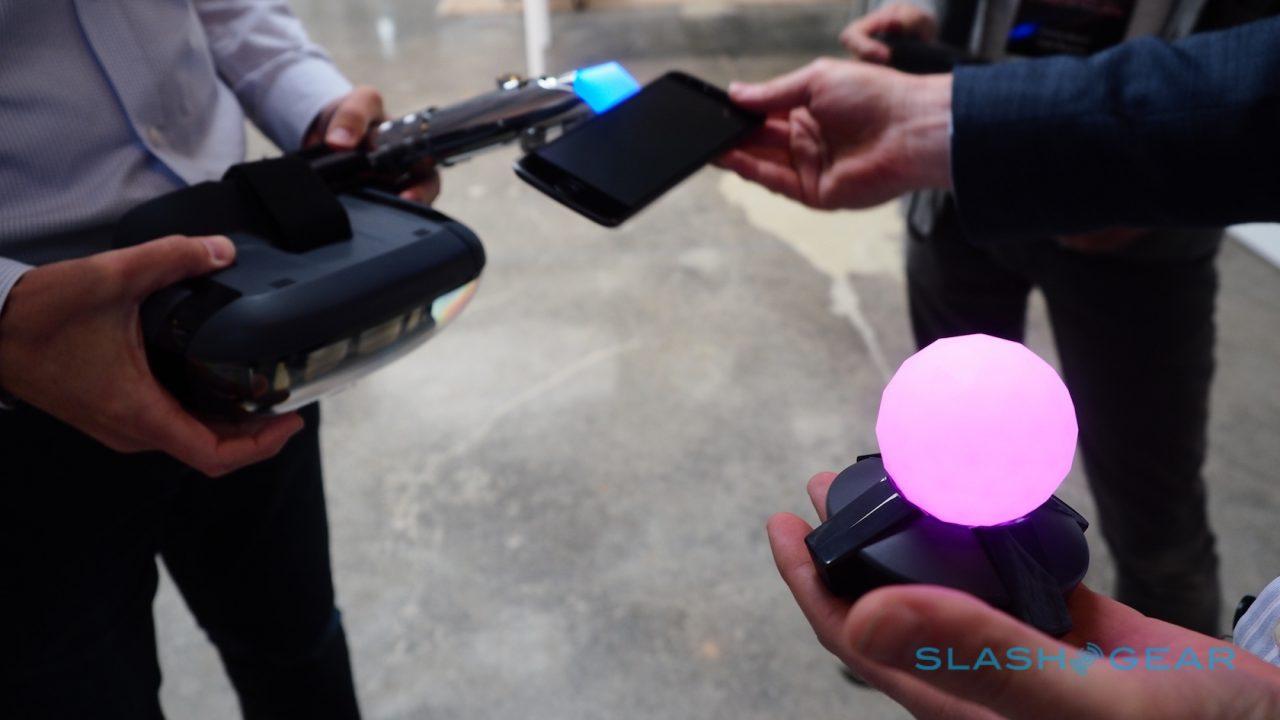 Lenovo’s answer is decidedly old-school. Indeed, you could say it goes all the way back to a 1862 magic trick called Pepper’s ghost. That used a semi-reflective sheet of glass to give the appearance of an ephemeral spirit: Lenovo uses the same conceit, only with your smartphone.

That – whether Android device or iPhone – slots into a plastic cradle, which itself slides into the upper portion of the Lenovo Mirage AR headset. A short cable hooks up to the 2,200 mAh battery along with the buttons on the side of the headset, used to control the basics like volume. The phone’s screen, running the companion app, is reflected off a transparent pane at a 45-degree angle: when you look through it, you see a combination of both the app and the real-world in front of you. 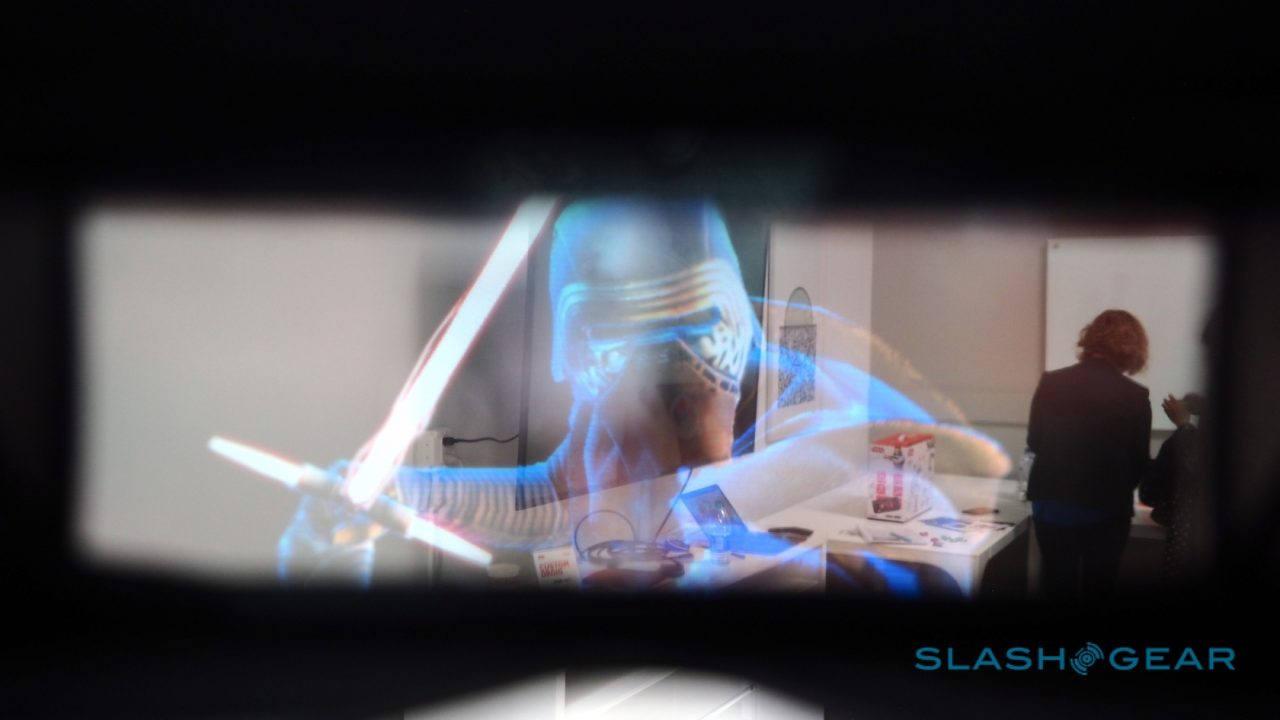 It’s a clever fudge, really, but it’s saved by virtue of the source material itself. The holograms in Star Wars were ephemeral and wavering: Princess Leia was, in R2-D2’s iconic distress message, glitchy and shimmering rather than a crisp digital graphic. The VHS counterpart to a polished Star Trek Holodeck projection.

So, when Darth Vader or Kylo Ren lunge at you, no, there isn’t the impression that he’s there in the room with you. Instead, it’s like you’re playing a real Jedi training game. There’ll be Holochess to play, too, and a full battle filled with tiny AT-ATs and other hardware that flood your living room floor with characters, and they all have that authentic “projected by a malfunctioning R2 unit” feel to them. 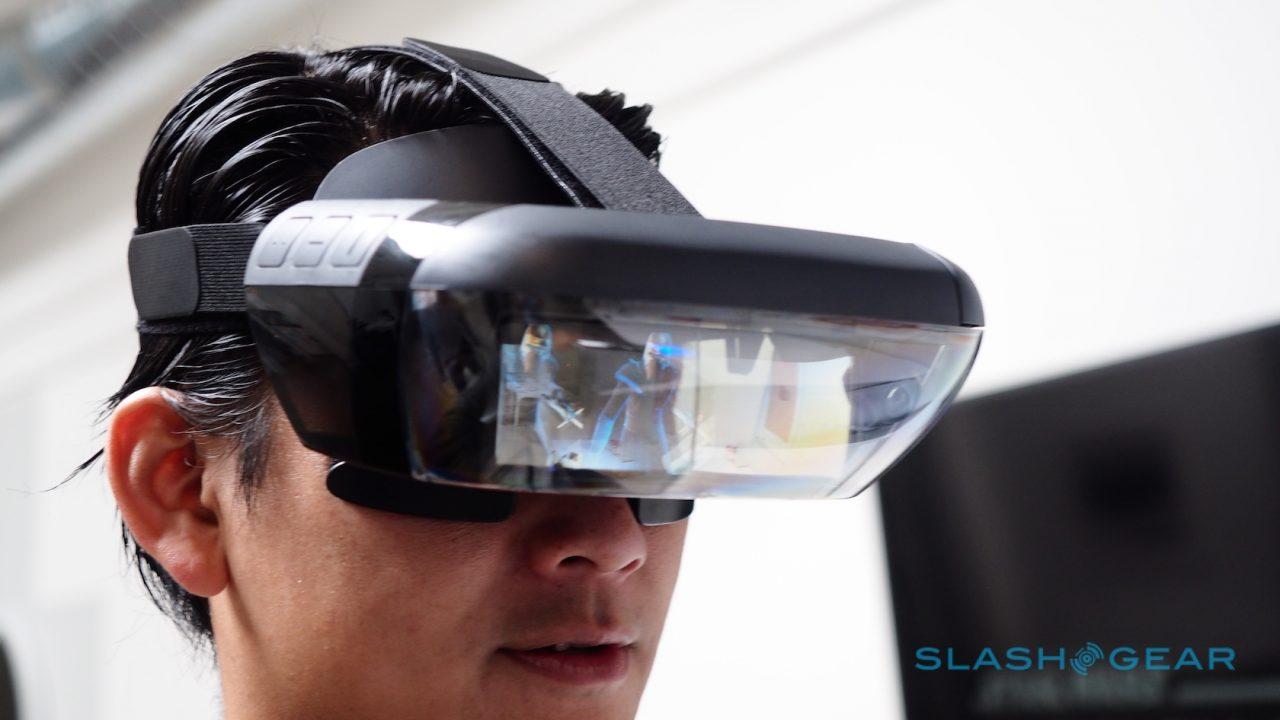 Lenovo builds on its display escape with a legitimately great lightsaber. Modeled after Anakin Skywalker, Luke Skywalker, and Rey’s weapon from the movies, it’s just as sturdy and – at over 12-inches long and over half a pound in weight – tactile as you’d hope. There are touch-sensitive controls for power, blade, and force, and a microUSB port on the bottom to charge the 550 mAh battery.

Its glowing blue tip, and the red-lit tracking beacon which sits on the floor and gives the whole system a point of reference for the lowest point, are followed by two forward-facing fisheye cameras in the headset. That’s how the Mirage AR knows where you’re looking and where you’re waving the lightsaber. 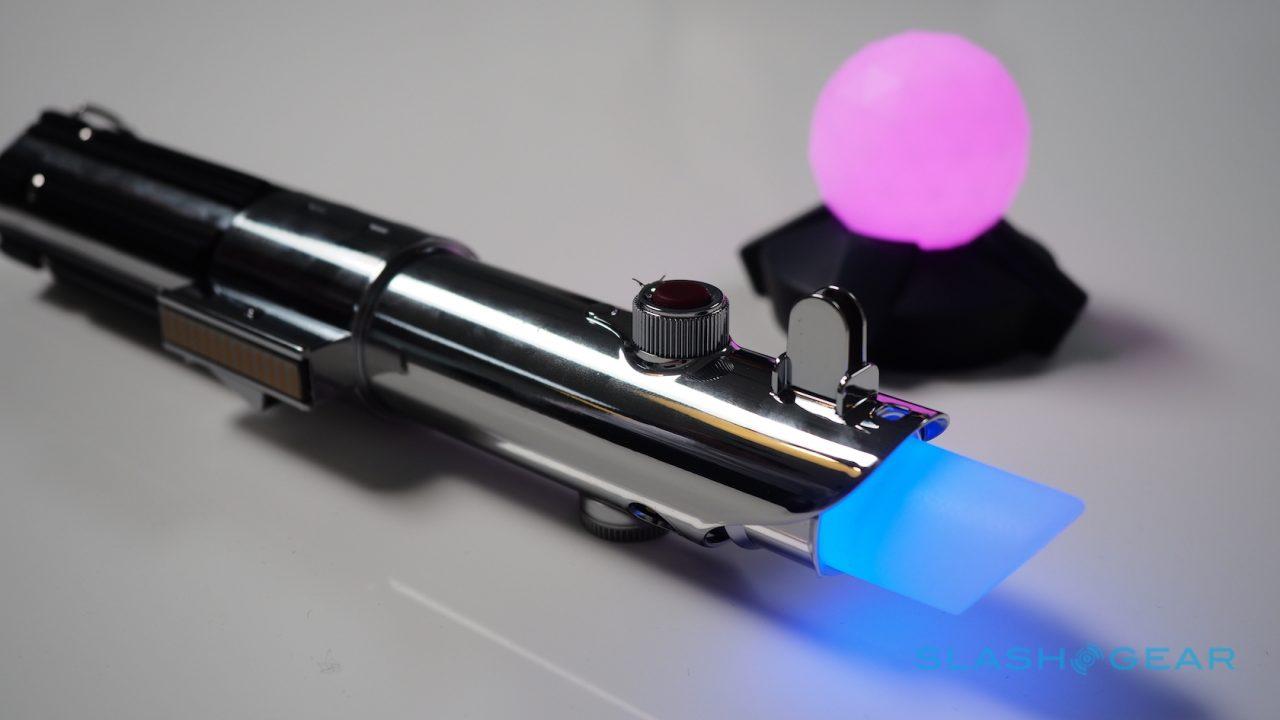 From that point, you’re limited only by your own enthusiasm. Lightsaber battles are, arguably, the perfect foil for augmented reality, and if you want to you can leap around, flailing the lightsaber to match the suggested parrying lines and generally pretending you’re the latest of the Jedi. The gameplay itself is fairly straightforward: a virtual blade extends from your lightsaber, and you’re given suggested guidelines as to where you should position it to fend off Darth Vader’s attacks. At the same time, when you swipe at him you can progressively wear down his own health. 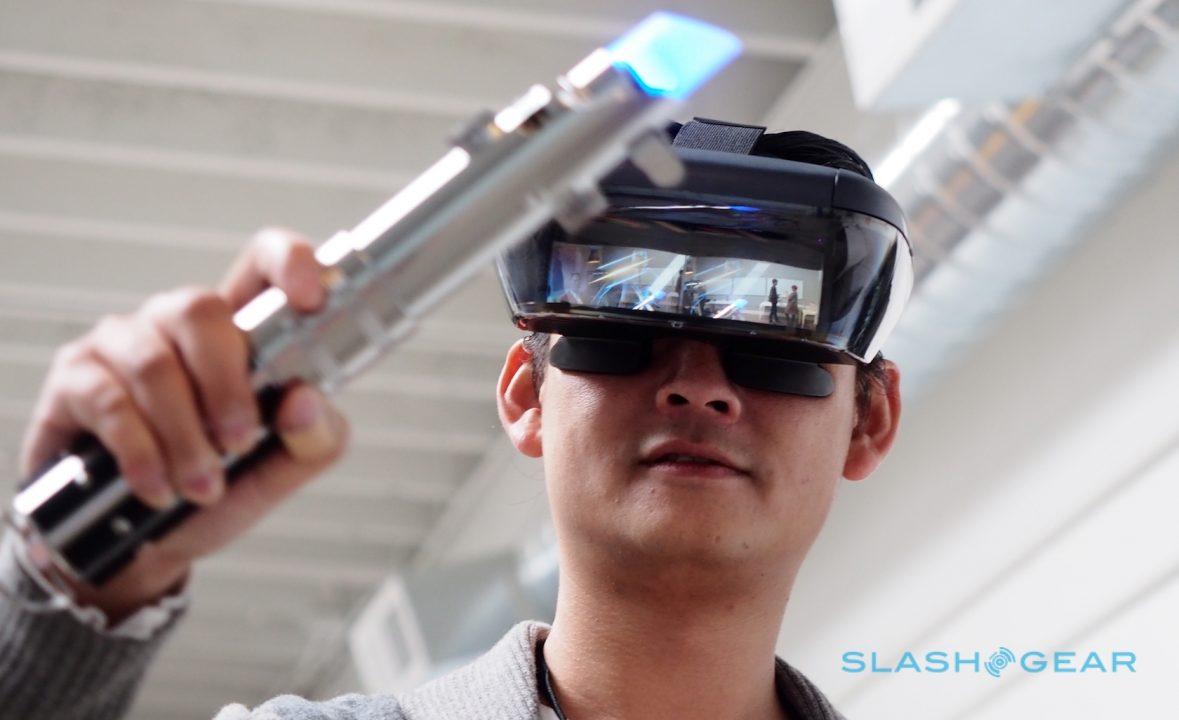 The same lightsaber will work as a pointer for more strategic games like Holochess. Meanwhile, the plan is to release more games and app over time, building on the Mirage AR headset’s usefulness. No, it’ll never rival HoloLens for productivity, but it’s exponentially cheaper.

The Lenovo Mirage AR and Star Wars: Jedi Challenges will go on-sale in November, online and in Best Buy stores. It’l be priced at $199.99, and if you’re already convinced, you can preorder it today. 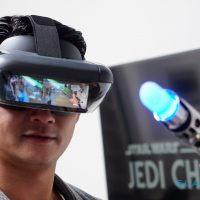 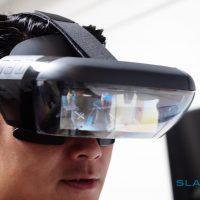 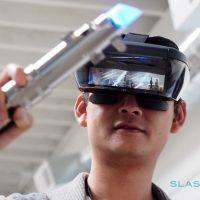 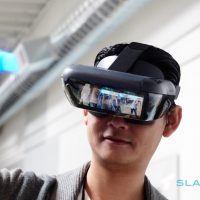 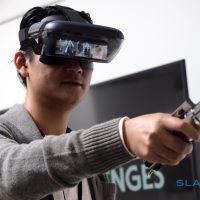 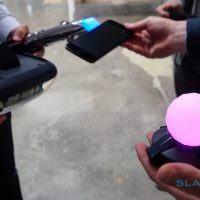 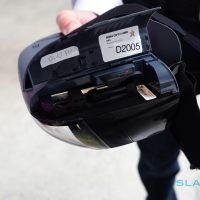 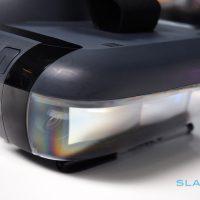 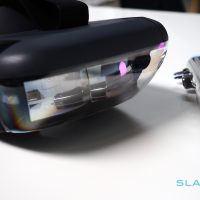 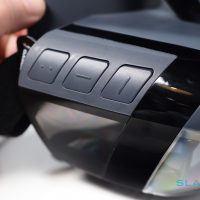 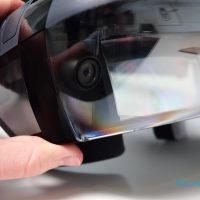 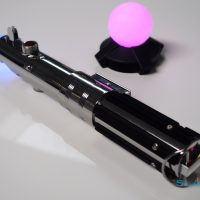 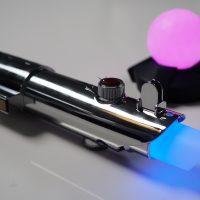 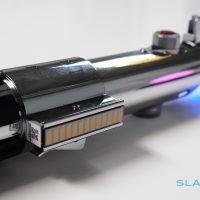 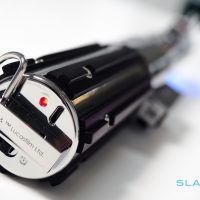 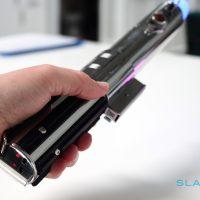 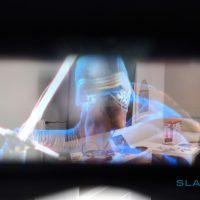 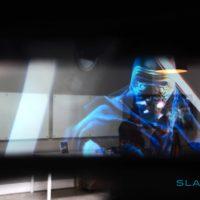 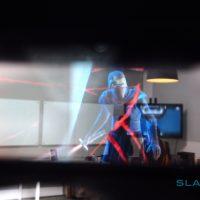