Yes, I spelled canon right – it’s a pun, see? The newest Star Wars movie, Star Wars IX: The Rise of Skywalker shows a piece of what would appear to be the Death Star, and today we’re going to talk it. We’re going to have a brief chat about how it’s possible, how it’s impossible, and why canon no longer operates in the way the average Star Wars fan thinks it does, or should.

First, have a look at the trailer. It’s about death, the future, and how NERD, Nobody Ever Really Dies. At the tail end of the trailer, we see what would appear to be a piece of a Death Star. Pay attention to the laugh you hear soon after – you’ll be like Han Solo in Jabba’s Palace when you hear that laugh. 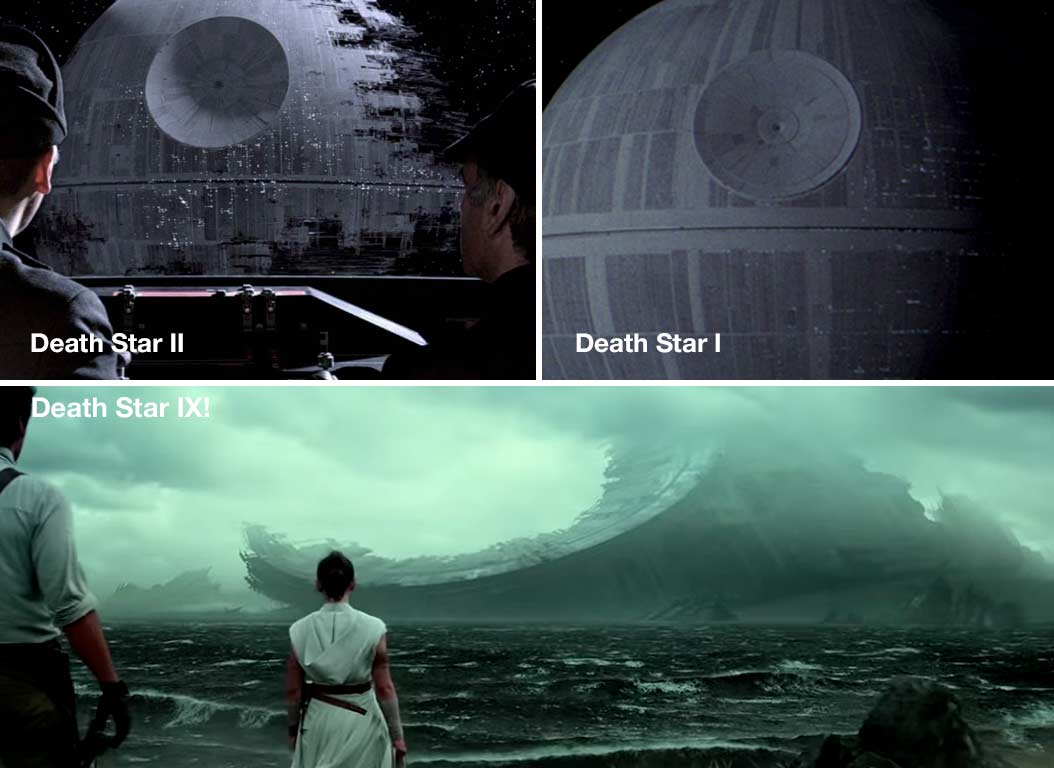 If you’d like to compare the landscape to that of the two most likely planets on which each respective pile of Death Star chunks landed, have a peek below. Return of the Jedi and A New Hope gave us pretty extensive looks at both the forest moon of Endor and Yavin IV. Or maybe they landed on Endor or Yavin proper? Remember, we’ve only been on their moons thus far. 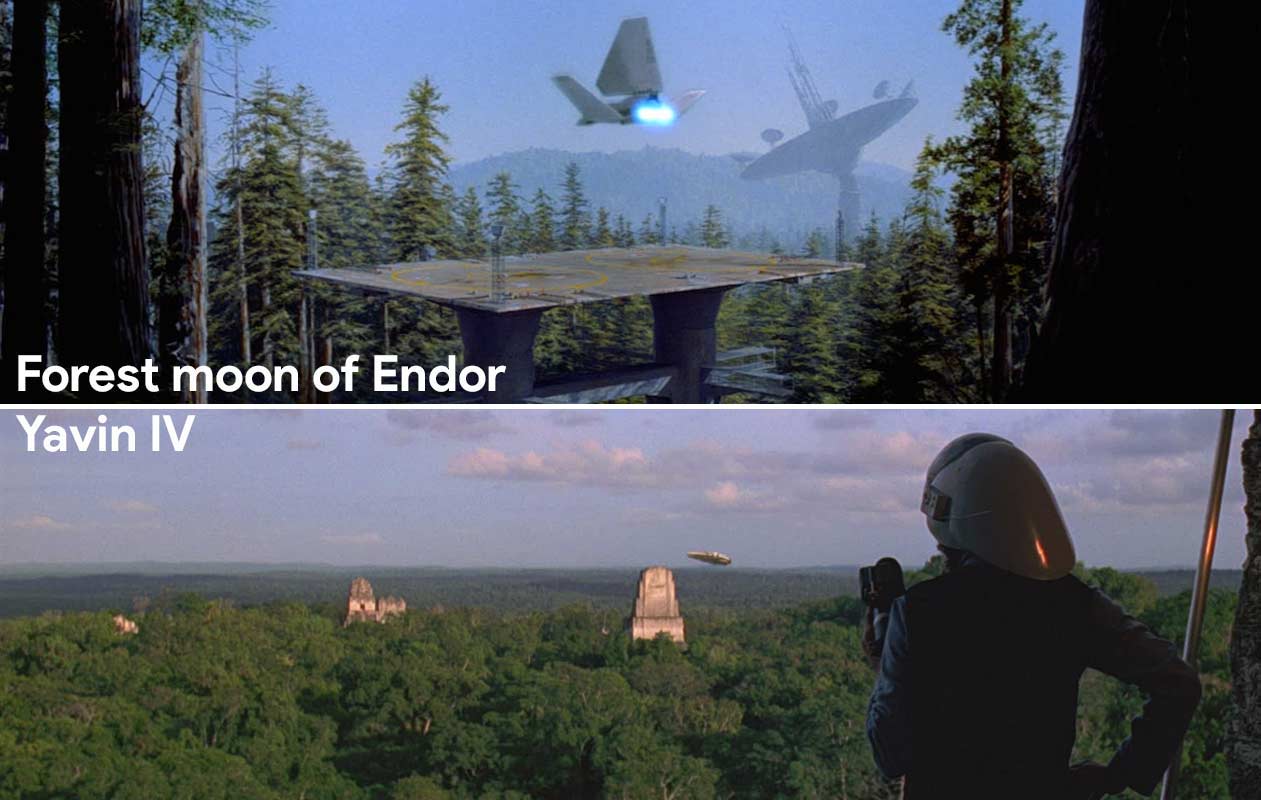 Next, have a peek at a pair of videos. The first is from Star Wars Battlefront 2, showing a cinematic scene in the game. This game plays out during a few key moments in Star Wars history, and here we’re seeing an Imperial perspective on the destruction of the Death Star II.

Above you’ll see the explosion as viewed from Endor. Looks like that Death Star exploded quite completely. If you watch the next video, also captured from Battlefront II (2), this time by a fan by the name of DarthVaderModding, you’ll see something interesting.

Wait a second, you might be saying, isn’t that the ring from around the Death Star’s cannon? Wouldn’t this appearance go against what’s seen in the newest Star Wars movie trailer? Yes, probably.

Because even though Star Wars Battlefront II is sorta canon – right? Canon means it’s a rule that everyone else creating official Star Wars media has to follow. Per Star Wars lore master and Lucasfilm Story Group head Pablo Hidalgo, canon is only sorta important – it’s less like a rule and more like a set of guidelines.

Also take note, if you’ve not done so already, of the artwork included in the Art of The Force Awakens book release shortly after the release of that movie. In it, the creators of the film reveal that they had, indeed, explored having our heroes explore the Death Star II – and more specifically, finding the Emperor’s tower and throne room.

Above, per The Art of The Force Awakens, “Underwater Emperor Room: Rick [Carter] said ‘What if the Emperor’s chamber had crash-landed after the second Death Star explosion?’ That doesn’t make any sense, but that’s when Rick knows he has something. He’ll say ‘Exactly!'” This image was created by artist Ryan Church. 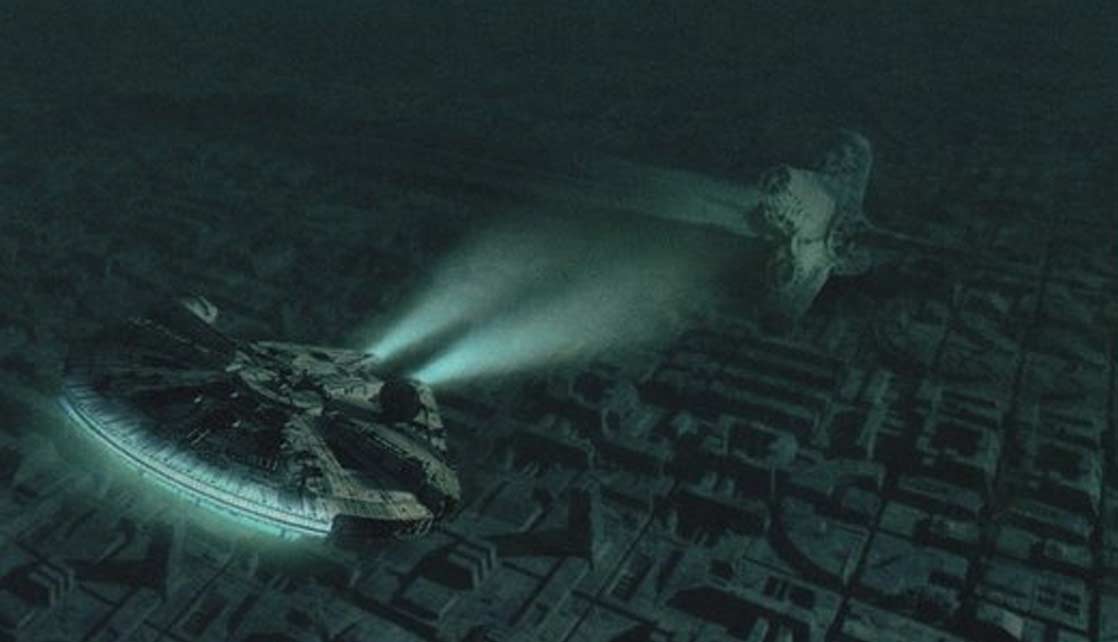 Above you’ll see an image of the Millennium Falcon. This image came from the same book as the other concept image in this article. It included the following text: “FALCON UNDERWATER: Part of the journey of the story is that they take the Falcon, go underwater, and find the Emperor’s tower [laughs]. The Falcon is watertight, because it’s airtight, so it can go underwater, right?” This image was created by Doug Chiang.

Remember that time J.J. Abrams put the U.S.S. Enterprise under water to hide it from an alien race in Star Trek Into Darkness? Science says that doesn’t exactly add up – but it’s well within the realm of possibility now, so let’s do it!