All iPhone devices able to run ARKit can now play Holochess from the Star Wars universe. This is the game most famously played onboard the Millennium Falcon by R2-D2 and Chewbacca – but it also appeared in Star Wars: The Force Awakens and in analog format in Rogue One. Now, thanks to Lenovo, we’re able to play anywhere.

Lenovo released an app called Star Wars: Jedi Challenges for Android and iPhone. It’s the iPhone version of this app that – so far – runs the feature we’re talking about. Everyone else (everyone on Android) can still play Holochess, but not without the Lenovo Mirage AR headset. 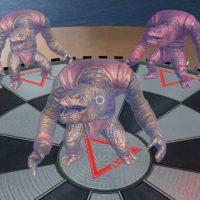 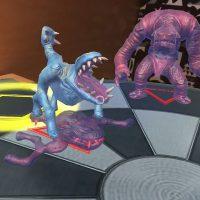 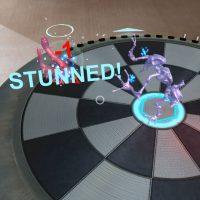 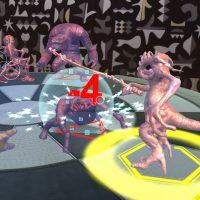 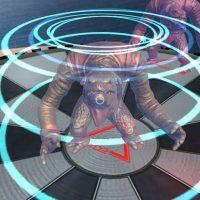 Star Wars: Jedi Challenges is also a kit that includes the Lenovo Mirage AR headset and a lightsaber hilt. That lightsaber and the headset (with a compatible smartphone inside, with the app), create a big of AR magic. The whole combination makes a Star Wars AR experience the likes of which aren’t available anywhere else.

BUT, today we’re talking about the bit that’s specific to the latest update to the iOS version of the app. In this update, users get to play Holochess through the iPhone’s cameras using ARKit and without the assistance of Lenovo’s headset. It’s a bit of augmented reality magic, to be sure.

In this update – in the Holochess portion of the game for iPhone – users will find “two to three hours of combat gameplay.” They’ll also find authentic Star Wars sound effects and music and eight game board creatures in different colors. The graphics are a BIT different from the movies, made in the same “AR art style” as presented in the earlier version of the Star Wars: Jedi Challenges app.

Everything you’ve read about here comes in the latest version of Star Wars: Jedi Challenges for iOS devices. Users can find this app in their iPhone’s App Store right now – and the whole thing is free.