Star Wars Galactic Starcruiser prices revealed: Here’s what you get

Starting prices for the Star Wars Galactic Starcruiser experience with Disney have been revealed, and they are… substantial. The first “Voyage Departure” dates have been revealed, as well, starting on August 20, 2022, through September 17, 2022. It’s likely Disney is only booking this first set of weeks first before moving on to make sure they have their Porgs in a row for a more expanded set of launch dates.

Pricing for the Disney World Star Wars Galactic Starcruiser hotel and experience start at $1,209 per guest per night if it’s a party of just 2 guests. That’ll end up being a “voyage total” of $4,809 USD. That is the least expensive total price for one voyage with the Starcruiser. 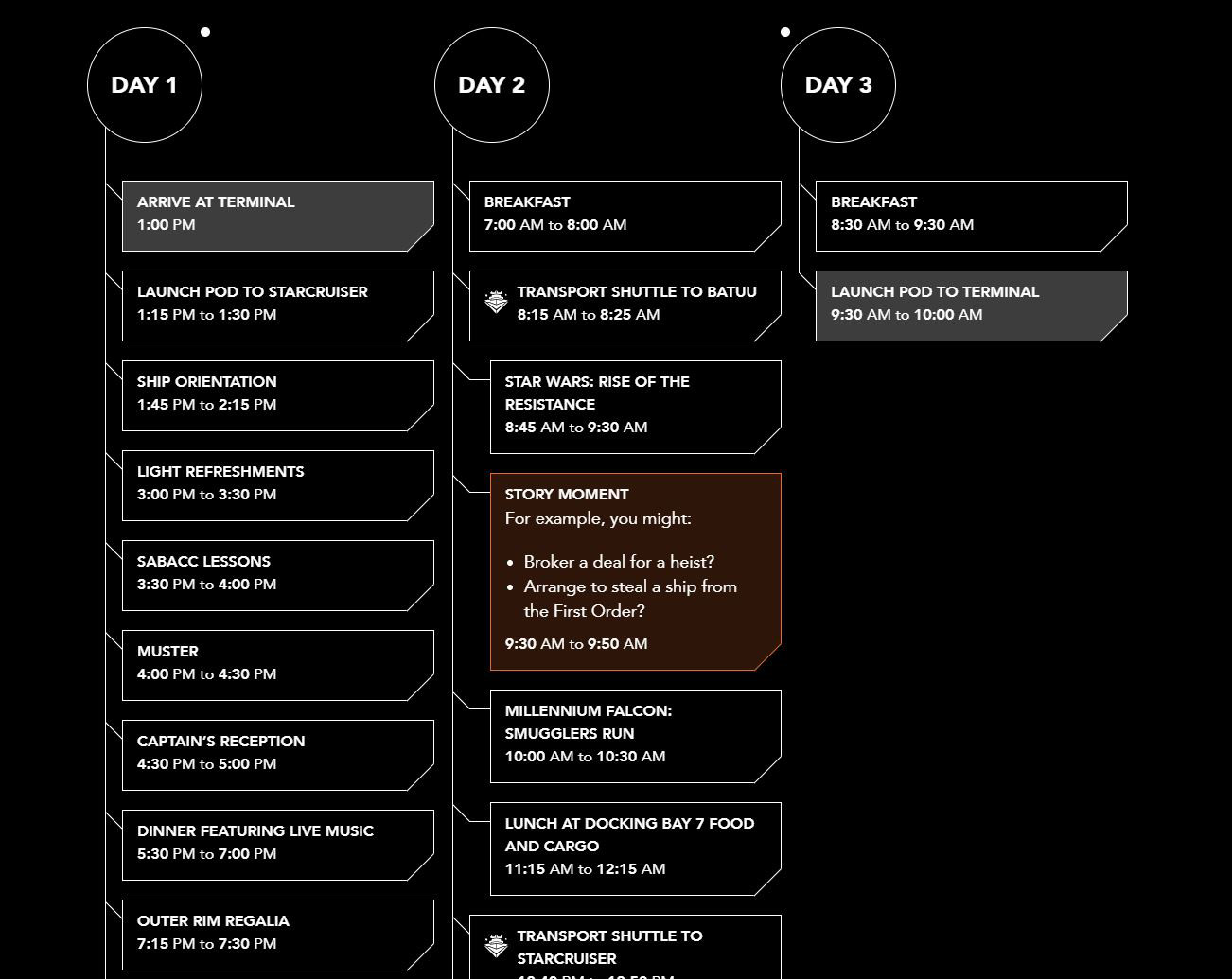 Above and below you’ll also see an example itinerary as provided by Disney. Some of the experience is set in stone, some is based on your choices during your stay. 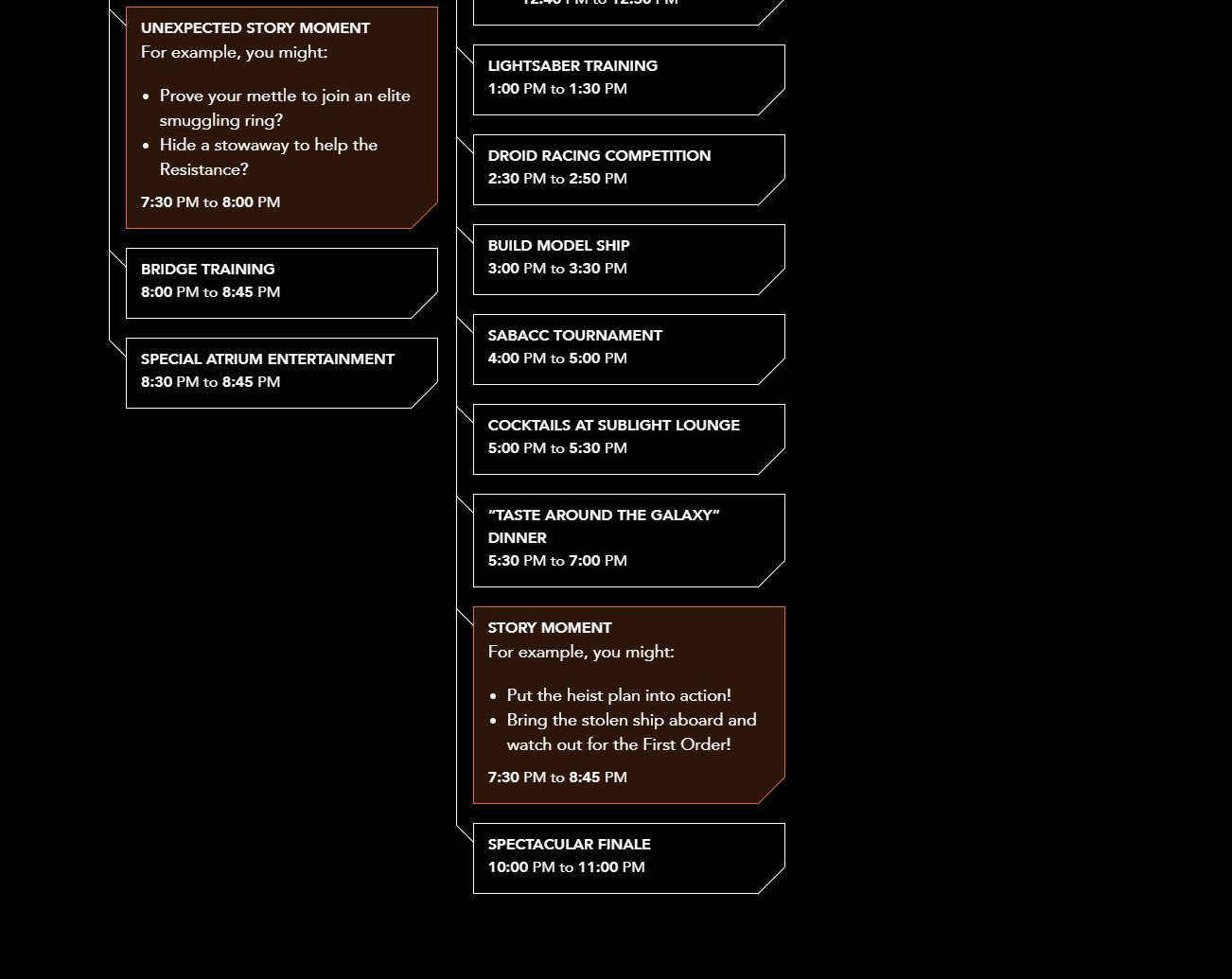 Stick around as we learn more about the Star Wars: Galactic Starcruiser at Disney as we approach launch in approximately a year from now. Take a peek at the timeline below for more information on what this experience will consist of, and how you can get involved.